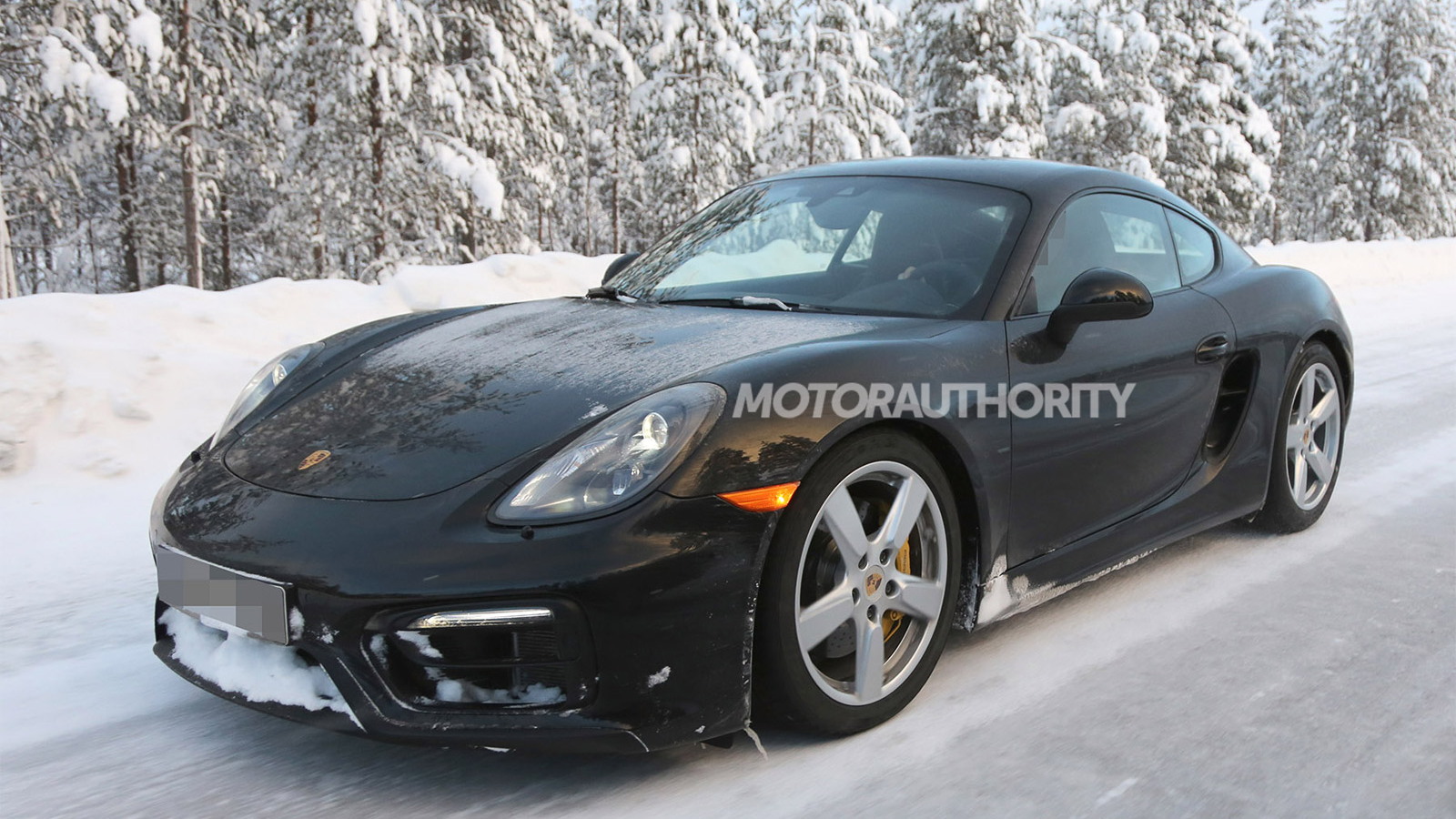 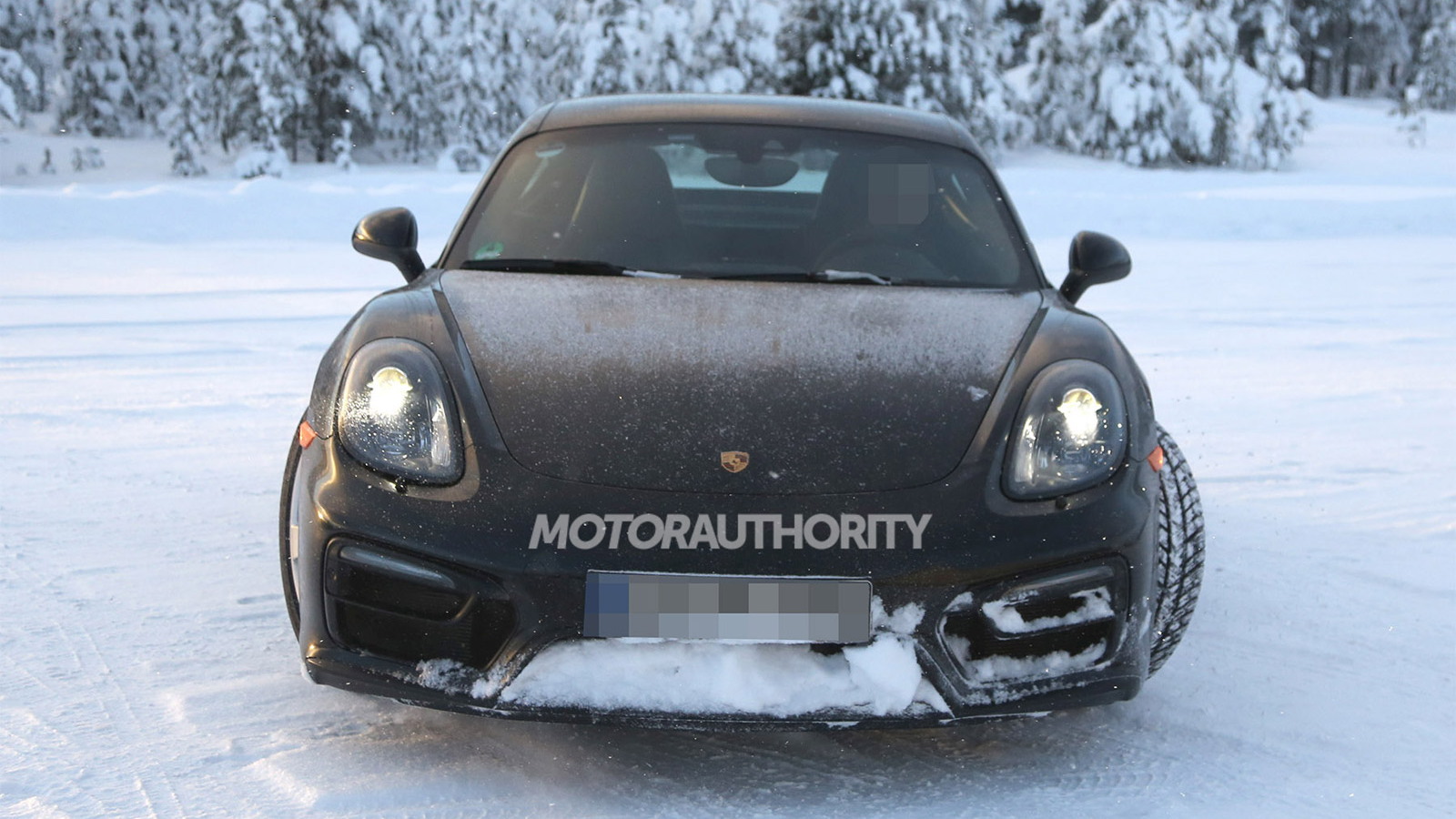 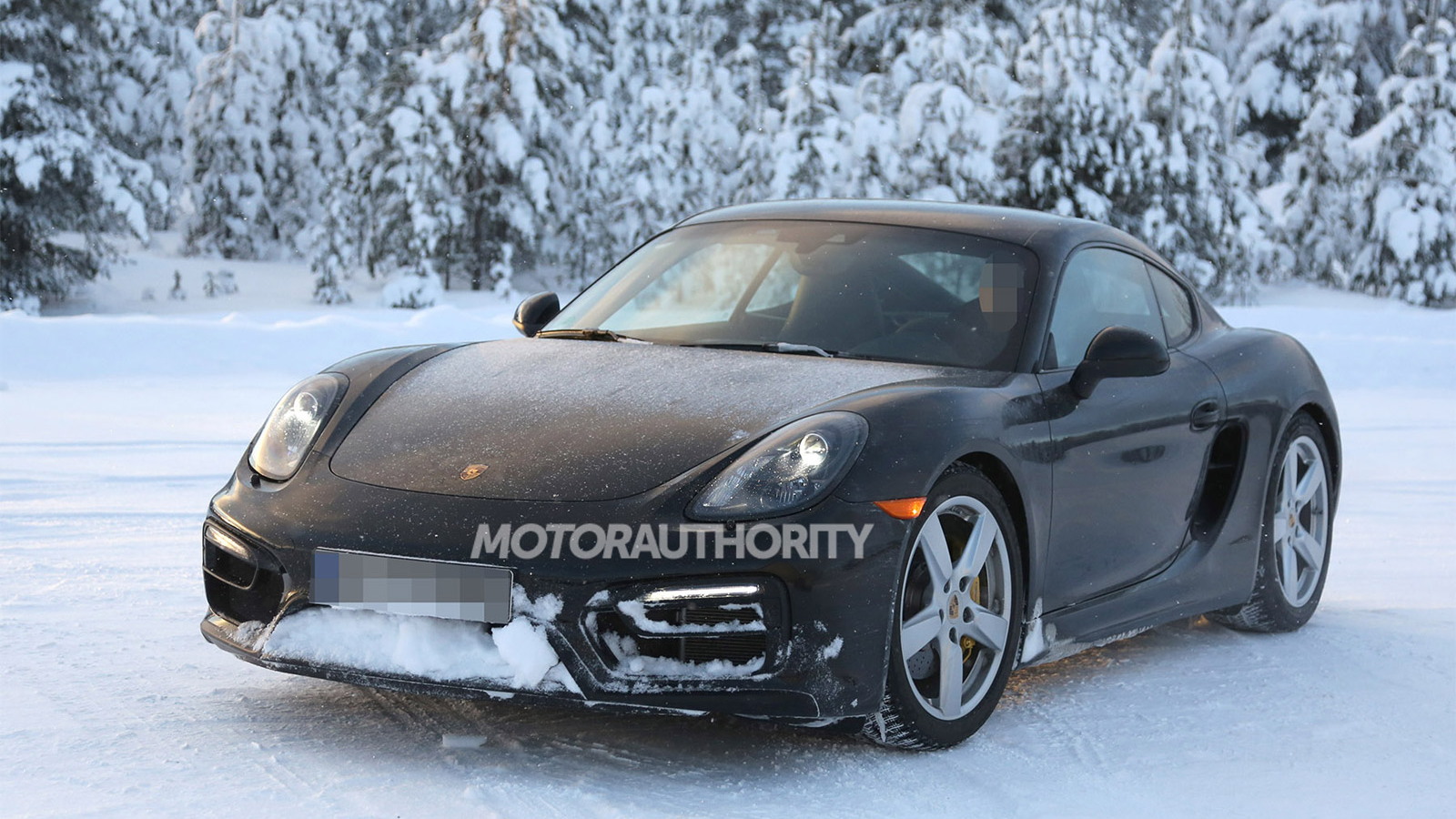 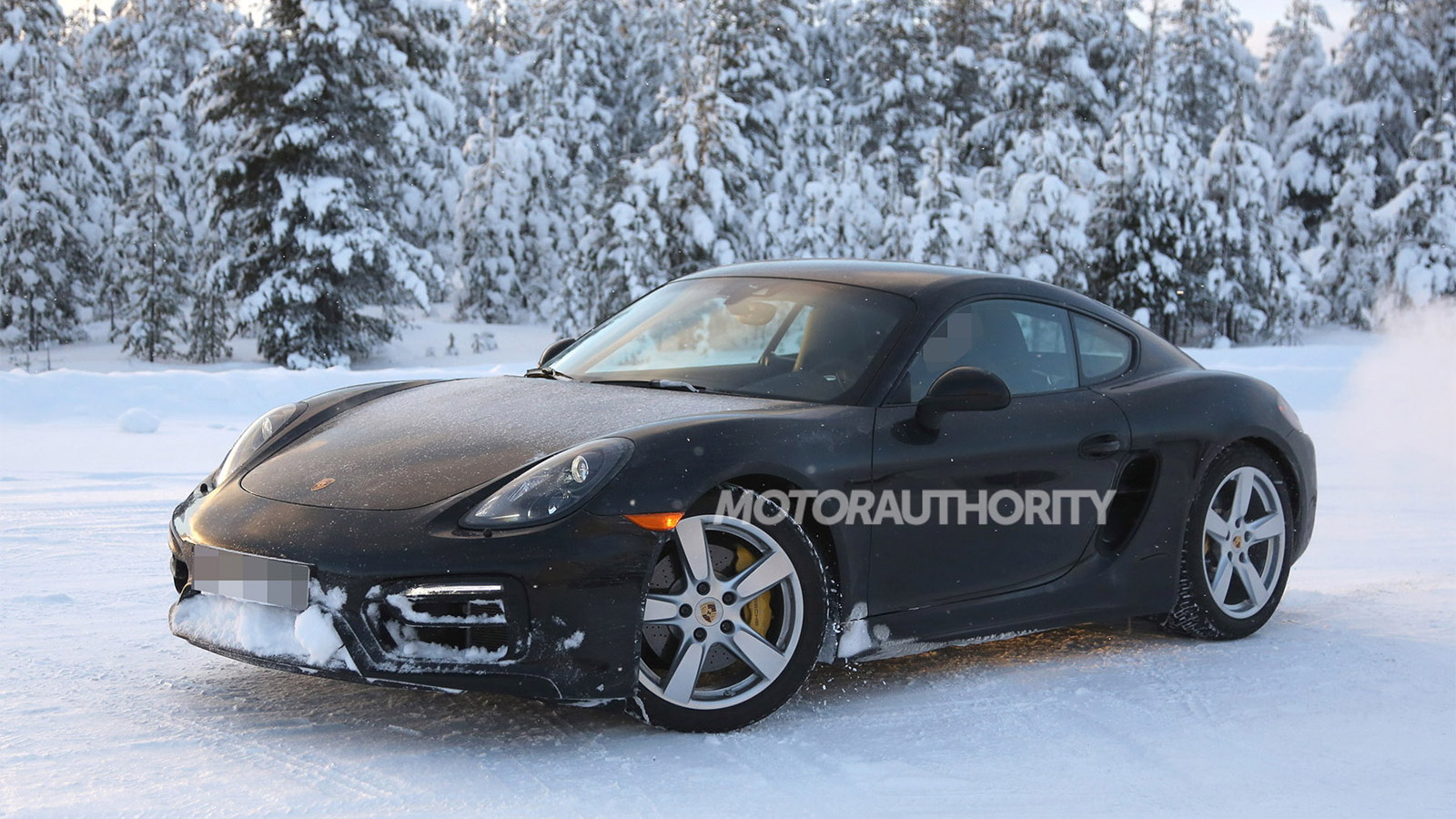 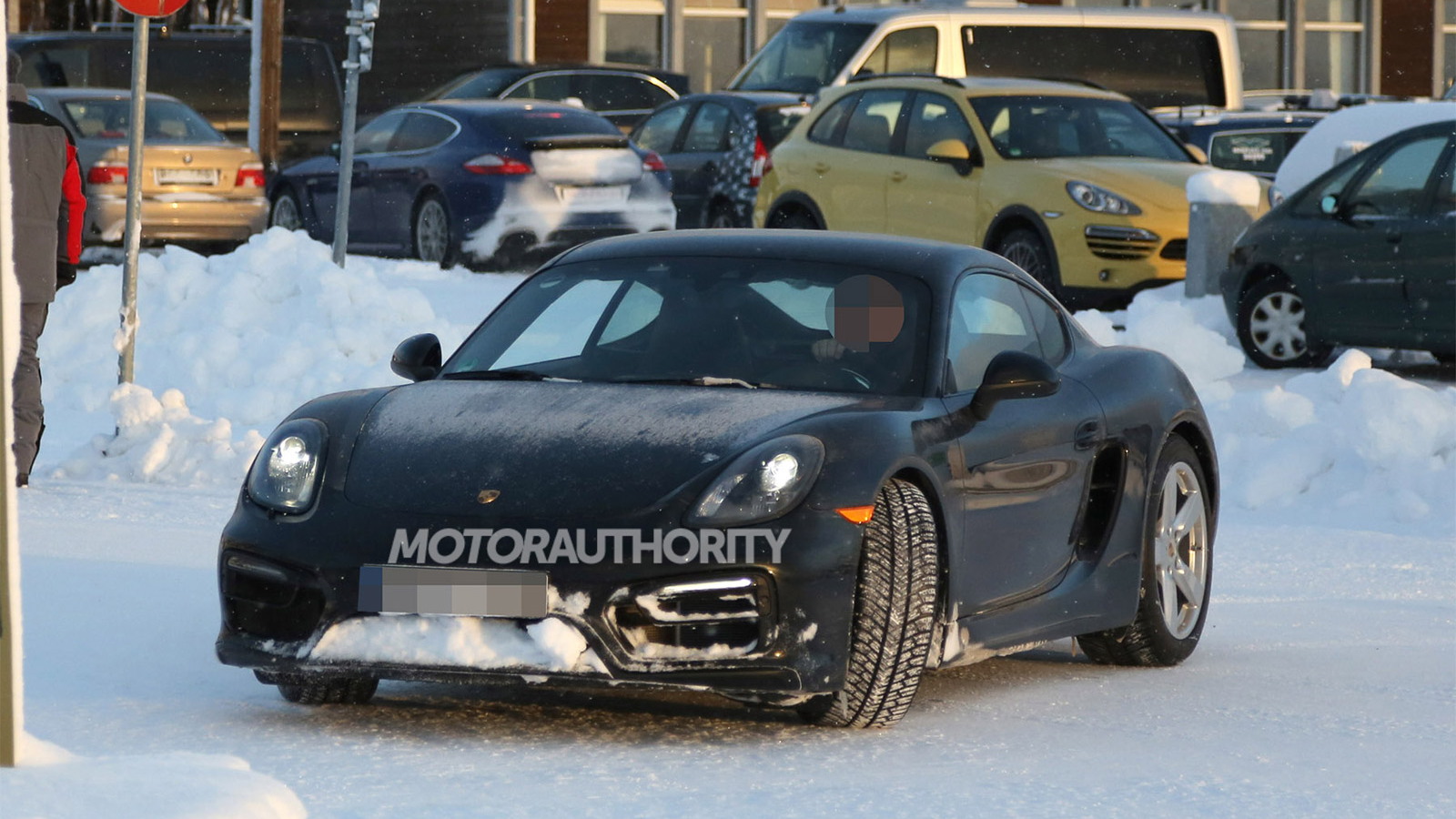 12
photos
Porsche’s second-generation Cayman only hit the scene in the past year but it’s already about to spawn a new variant. That variant is a hardcore GTS model, and is the focus of our latest spy shots. The Cayman’s convertible cousin, the Boxster, is also set to spawn a GTS variant, and both should sport a similar set of upgrades.

Clear differences between this Cayman GTS and the regular Cayman and sporty Cayman S are the new bumpers. At the front there are new intakes and LED daytime running lights, while at the rear there is a new diffuser insert. The wheels also appear to be a new design.

The cars are said to also benefit from Porsche’s PASM active suspension damping as standard, and, unlike other GTS models, Porsche’s PDK dual-clutch should be offered as an option alongside a standard manual transmission.

The Cayman is a favorite at Motor Authority. In fact, the car just won our Best Car To Buy 2014 award. That’s because it's the embodiment of what a good sports car should be. It combines brilliant handling and styling, so magically good that we simply never tire of driving it. It’s also reasonably priced to boot. This Cayman GTS variant will only set the bar higher for the competition.

A debut is expected soon, at either March’s Geneva Motor Show or April’s Beijing Auto Show, meaning we may see the cars in showrooms by the summer. Pricing is expected to start around the $75,000 mark.