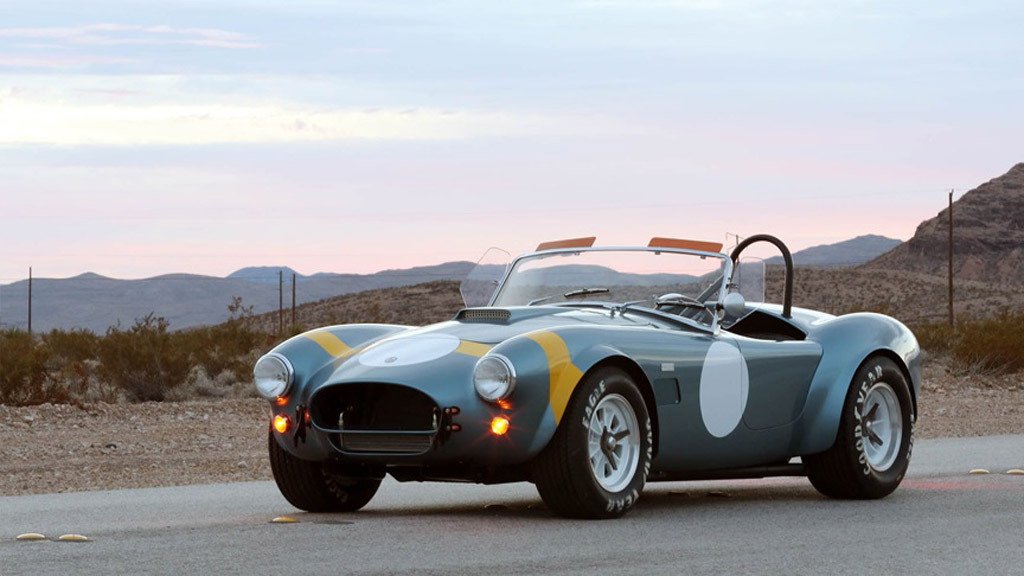 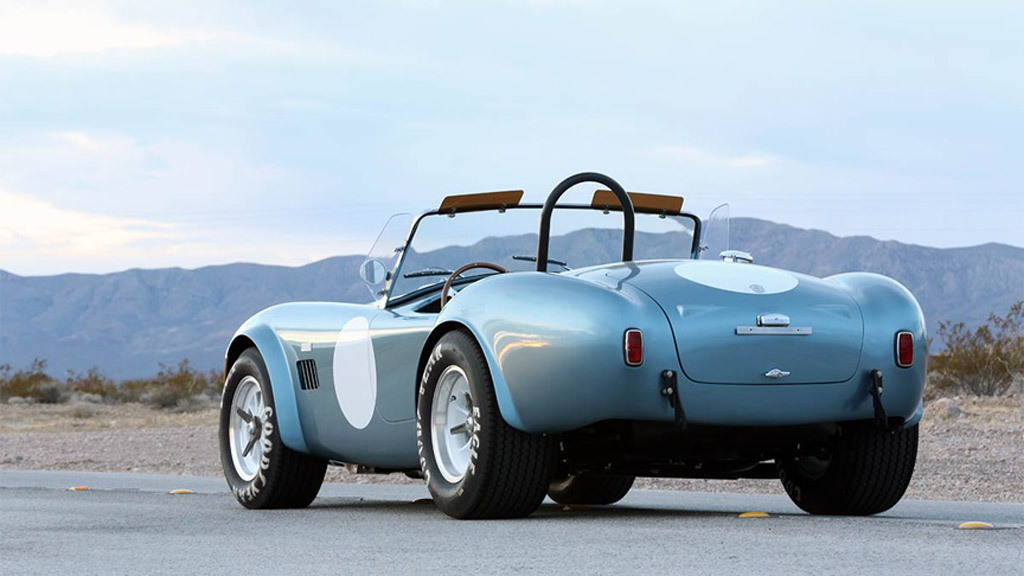 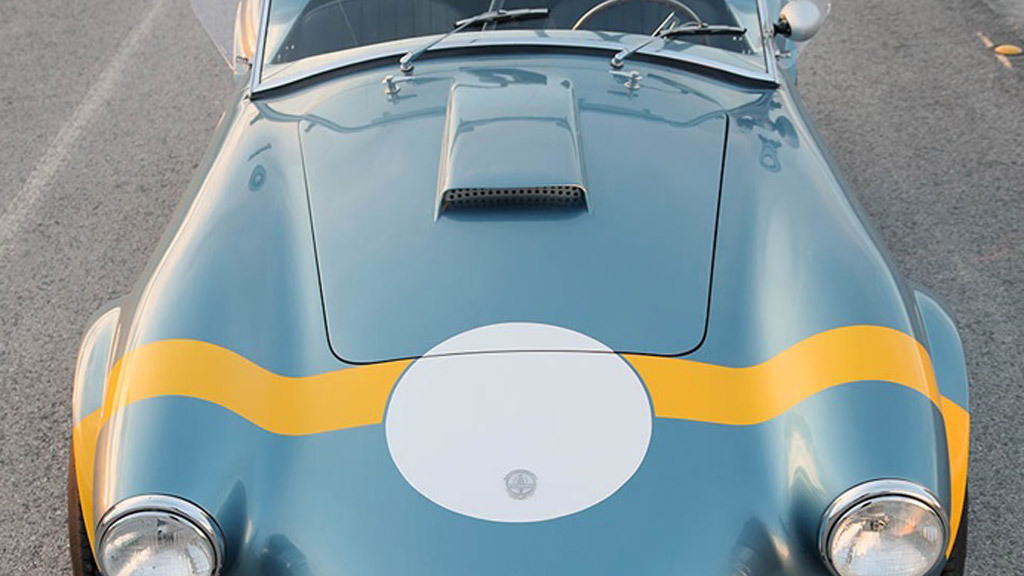 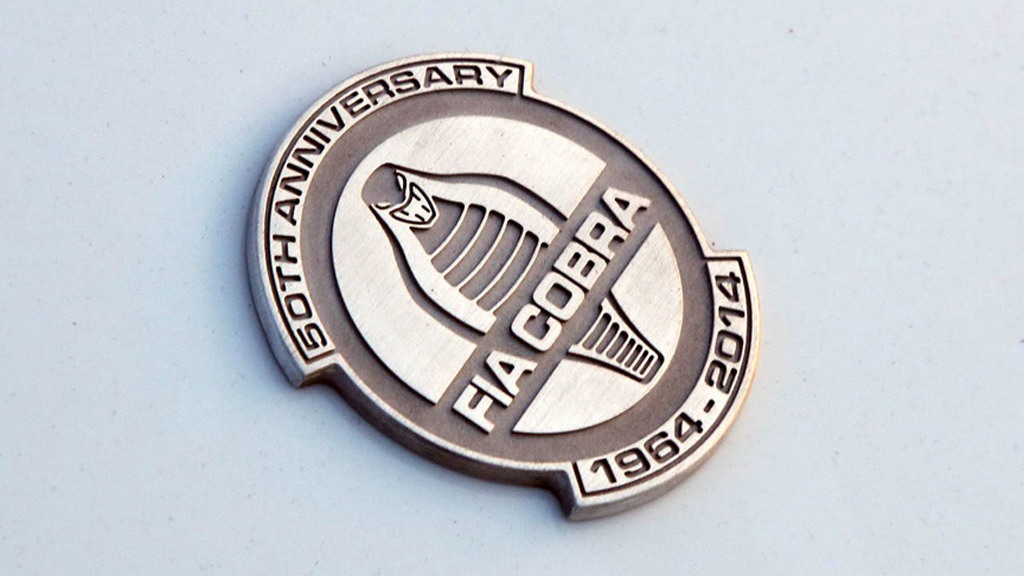 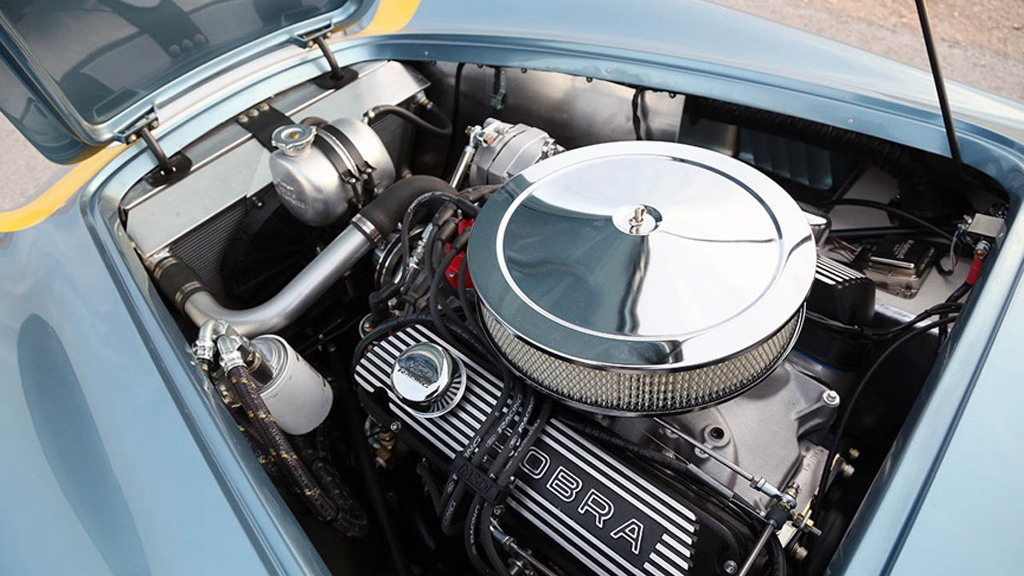 6
photos
It was 50 years ago that Shelby American introduced the FIA version of the small block Cobra, the 289 FIA Cobra, which would eventually go to compete alongside the likes of Aston Martin and Jaguar in the World Manufacturers Championship. Now, to celebrate the 50th anniversary of the car, Shelby American has confirmed it will build 50 continuation series 289 FIA Cobras, each of them decked out in the famous Viking Blue paint scheme and fitted with billet anniversary badges.

The original race cars were based on the AC Cobra sports car but with a number of modifications designed for motorsport. These included a new dash, widened front and rear fenders, cut-back doors, new dampers, racing wheels featuring a pin-drive hub, custom oil cooler scoops and, of course, a competition spec 289 small block engine.

Being a continuation series, the new cars will receive a unique code, in this case CSX7000, and will be listed in the official Shelby registry. They will retain everything from the authentic style of suspension to the graceful body lines of the 289 FIA Cobra, but are upgraded to contemporary standards.

Shelby’s new continuation series 289 FIA Cobra was shown to the public for the first time at the Barrett-Jackson auction in Scottsdale, Arizona over the weekend. The cars are available for order and will be priced from $94,995 for a fiberglass body or $159,995 for an aluminum bodied car. Both prices are for cars without drivetrains.

“The 289 FIA Shelby Cobras were among the most important cars in American racing history,” Shelby American boss John Luft said in a statement. “The FIA Cobras built during that period were piloted by racing legends including Ken Miles, Dan Gurney, Phil Hill and Bob Bondurant, thus, some of the most revered drivers in the sport put the 289 FIA Cobra into the winner’s circle.”