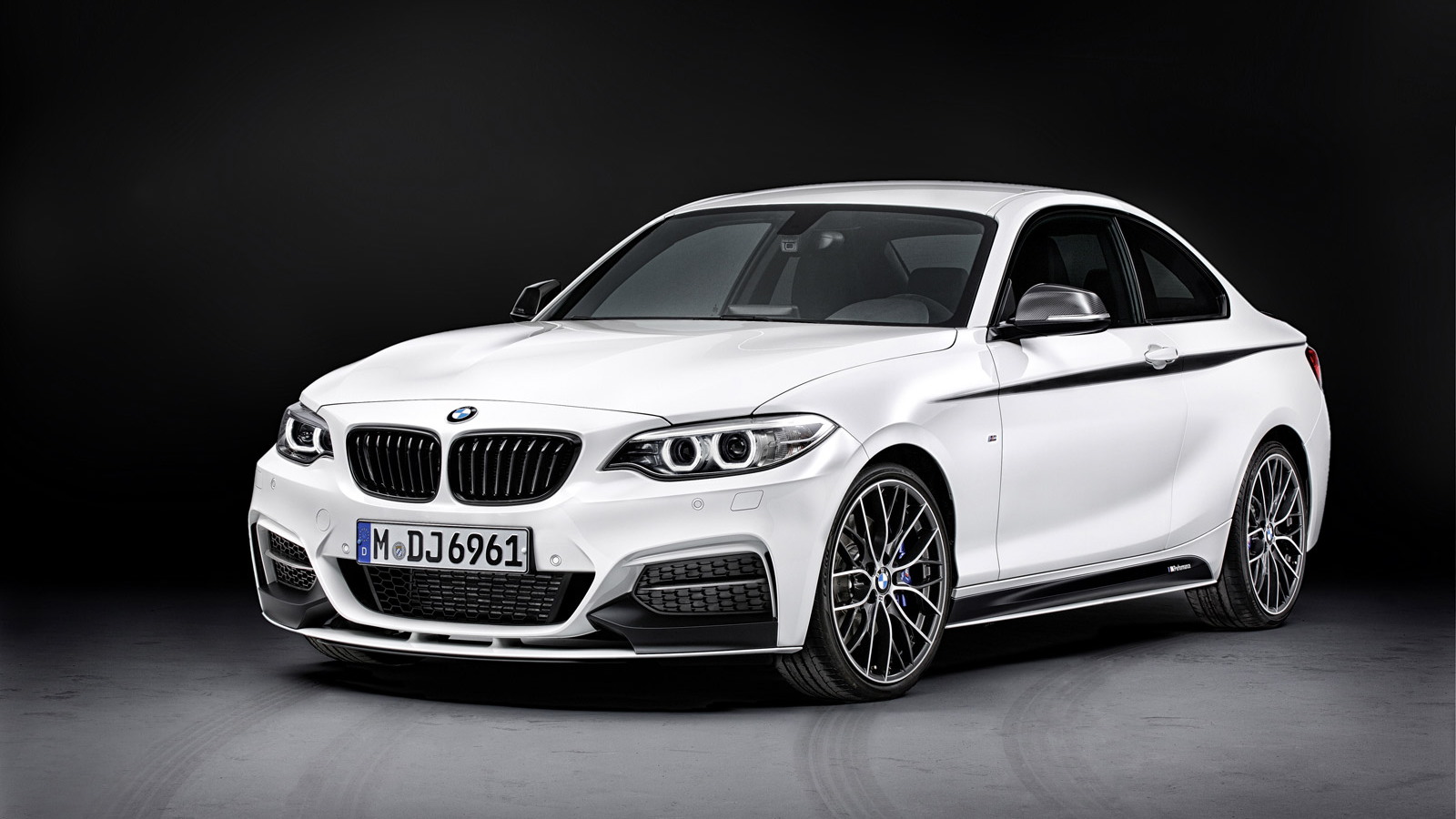 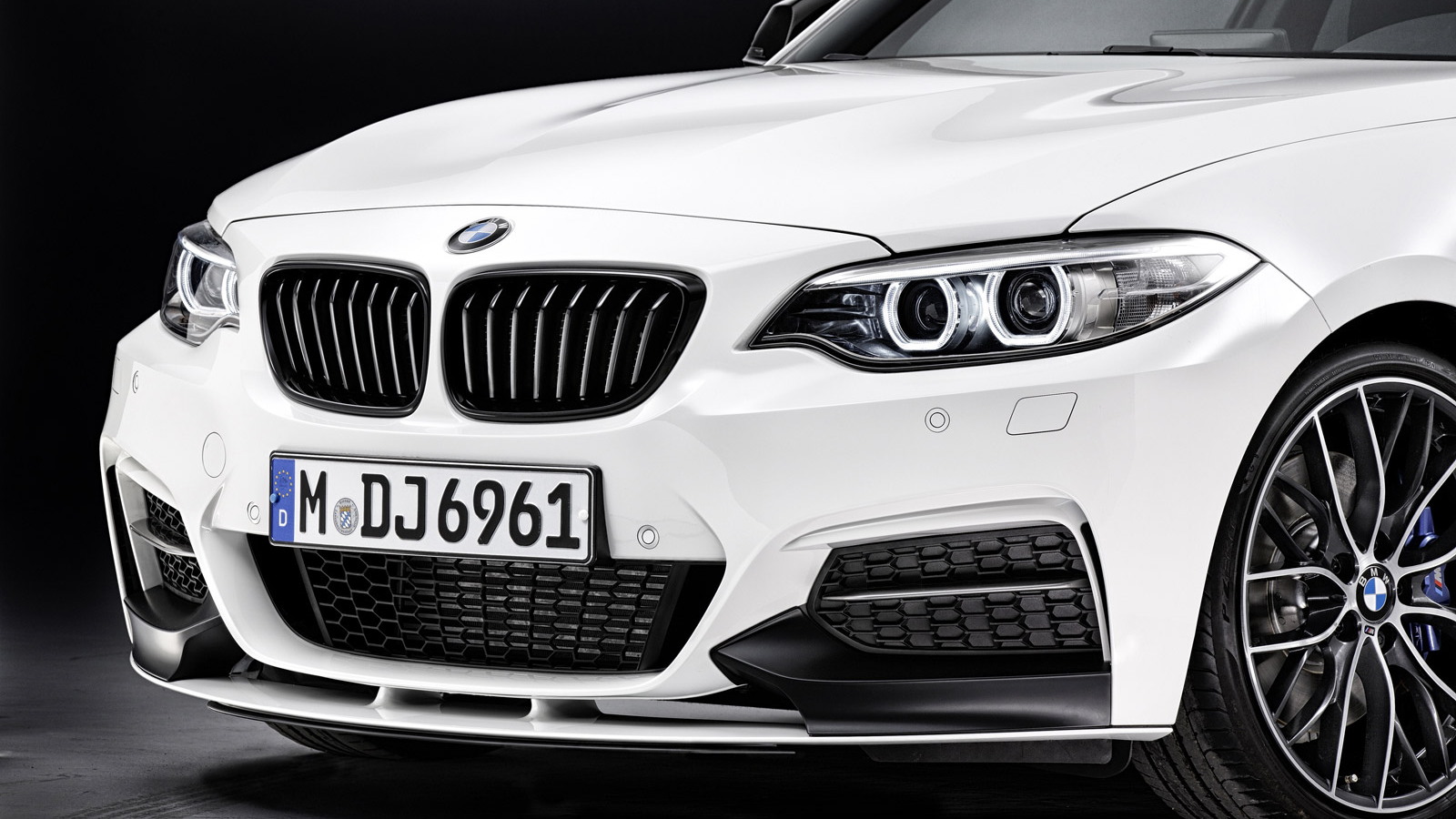 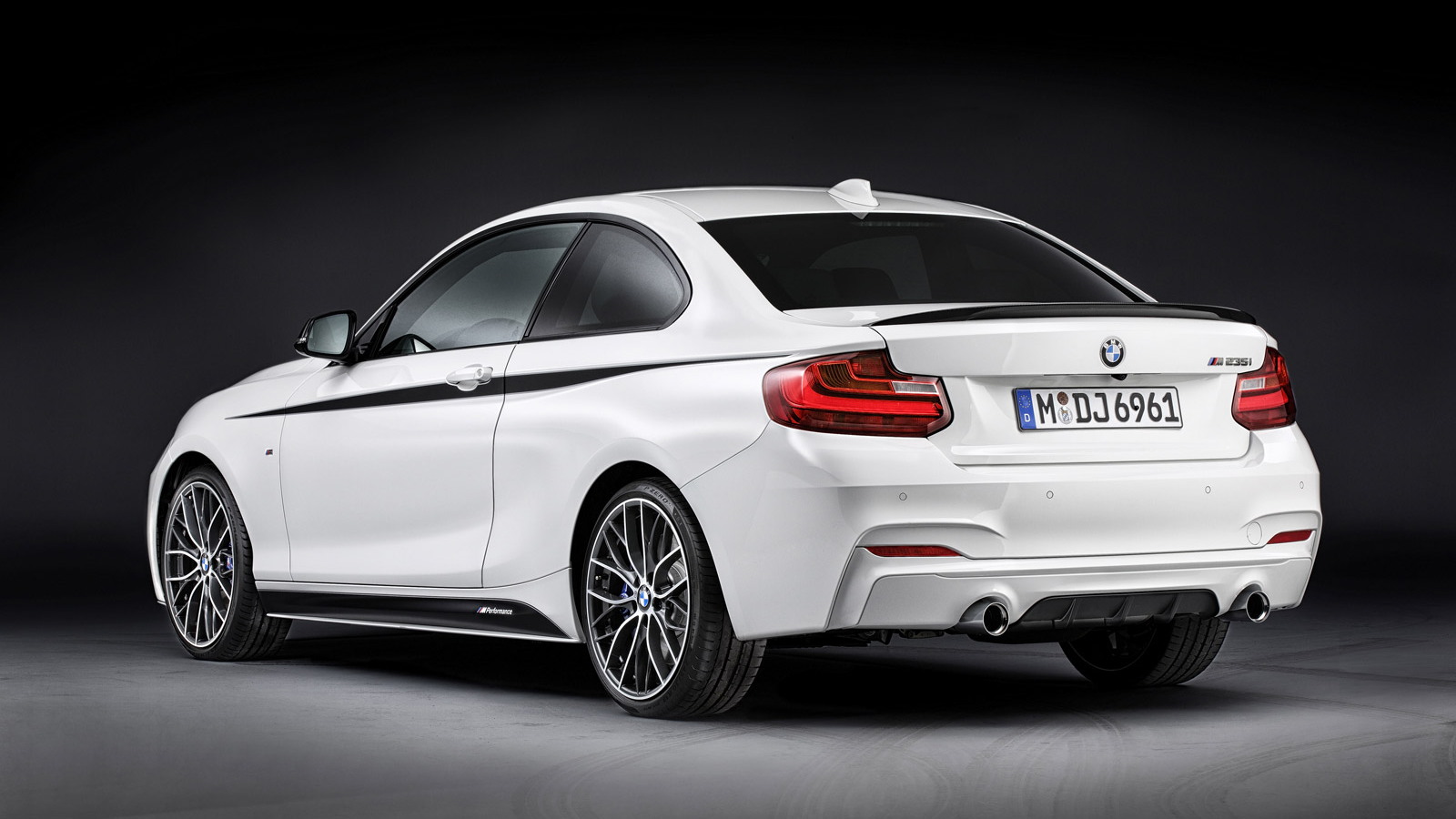 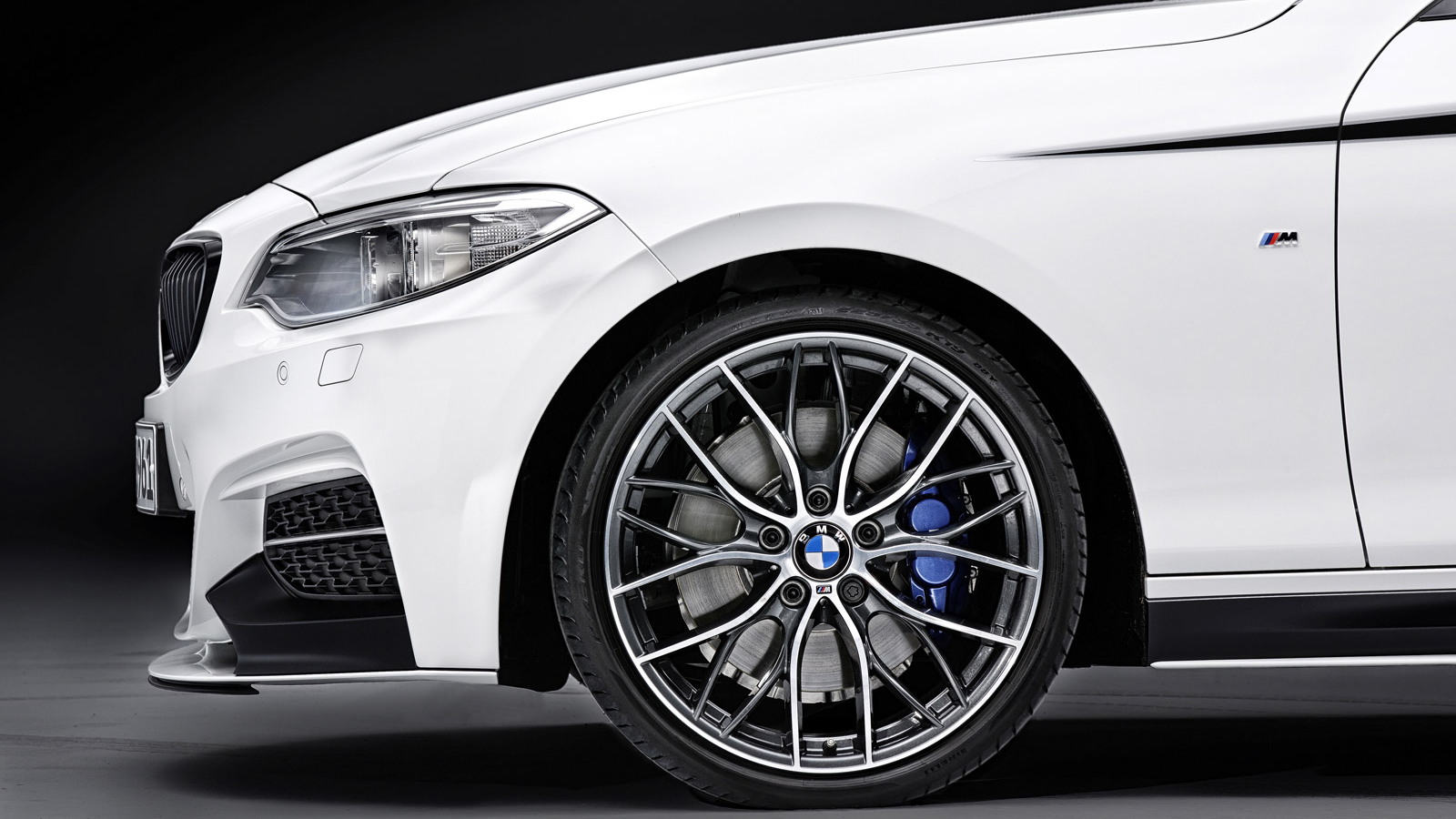 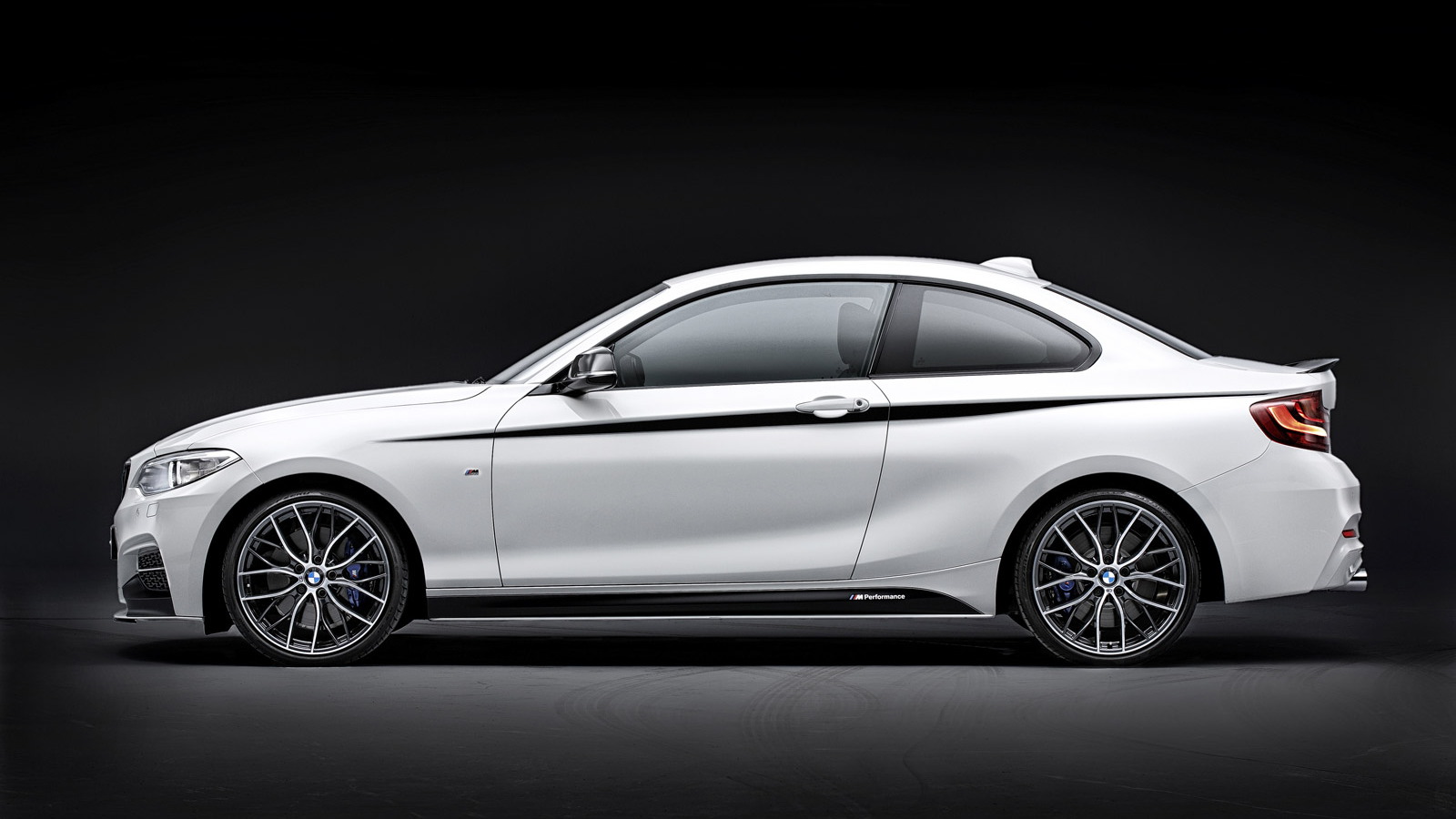 19
photos
Buyers of the new BMW 2-Series will soon be able to give their cars the M treatment, with BMW launching at this week’s 2013 Essen Motor Show in Germany a range of upgrades for the car lifted straight out of the M Performance parts catalog. M Performance is BMW’s mid-range performance branding, with the upgrades slotting in between those from the simpler M Sport range and those found on dedicated M cars. For the new 2-Series, there are M Performance parts to help enhance the drivetrain, suspension, aerodynamics and cabin.

Starting with the mechanicals, BMW offers an M Performance muffler for the 2-Series, which reduces exhaust gas pressure and gives the car a sportier sound. The muffler features an M logo and can be ordered with chrome or carbon finishes. Another highlight is a limited-slip differential, available only on the 235i. When the car’s stability control is deactivated, the torque-sensitive mechanical limited-slip differential in the rear axle ensures traction-optimized distribution of drive torque between the rear wheels.

Other goodies include sport-tuned suspension, which lowers the car by 20 millimetres, as well as specific dampers and shortened coil springs finished in red. An upgrade we’re sure will be popular with BMW fans is a set of 19-inch light alloy wheels. M Performance brakes with calipers painted in a choice of red, yellow or orange is also available.

For the exterior, there is a subtle body kit available as well as a rear spoiler and diffuser. Other touches for the 2-Series exterior include a black decorative grid for the kidney grille, side mirror caps in carbon, sporty side sills with M Performance logo, and body stripes. Inside, the list of upgrades is a long one but some highlights are an Alcantara and carbon steering wheel, carbon dash trim, steel pedals and M Performance floor mats.

The M Performance parts for the new 2-Series will be available from March 2014. Note, the 2-Series range also includes an M Performance model, the M235i, which comes equipped with many of the features mentioned above and can be yours for $44,025, including shipping.