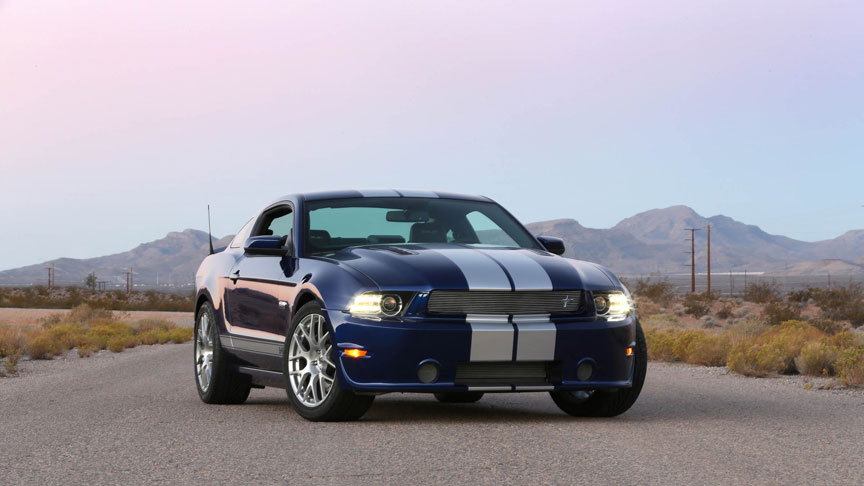 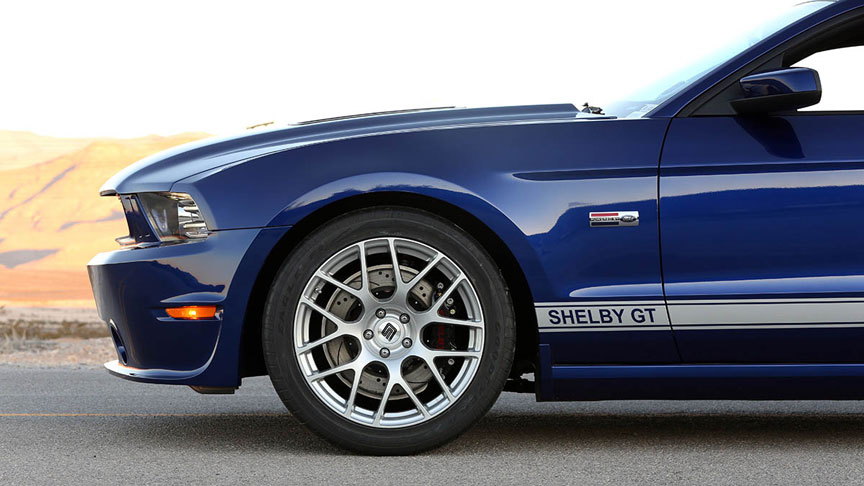 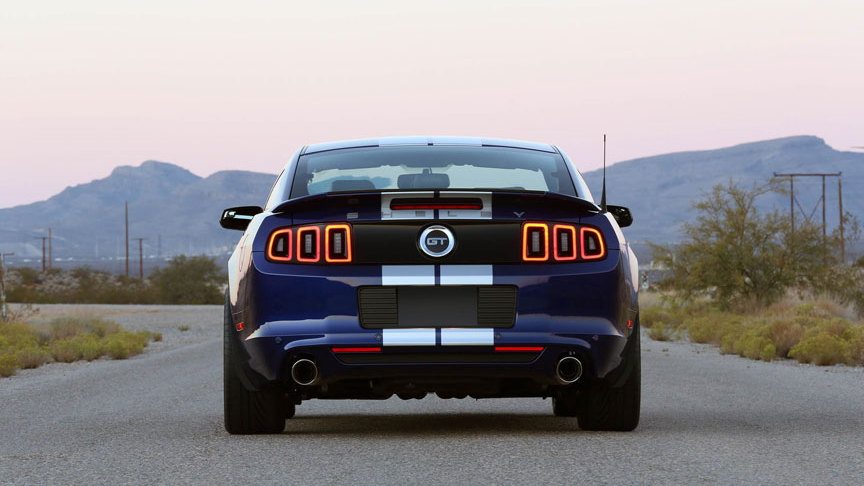 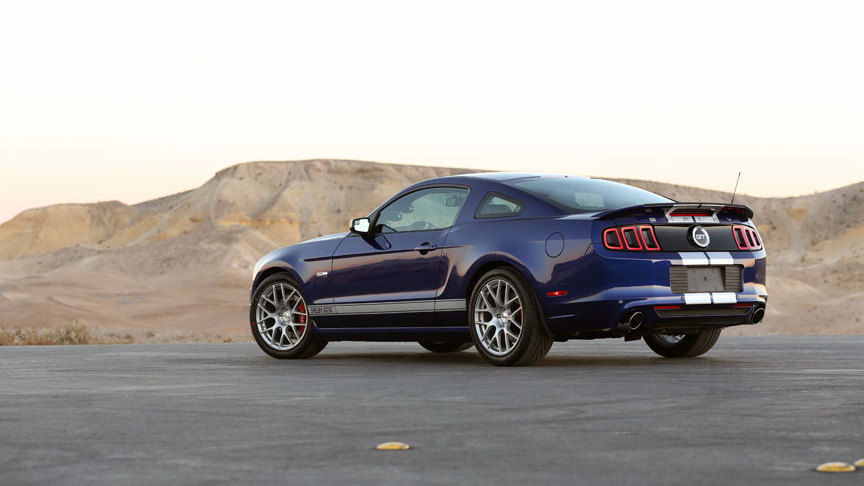 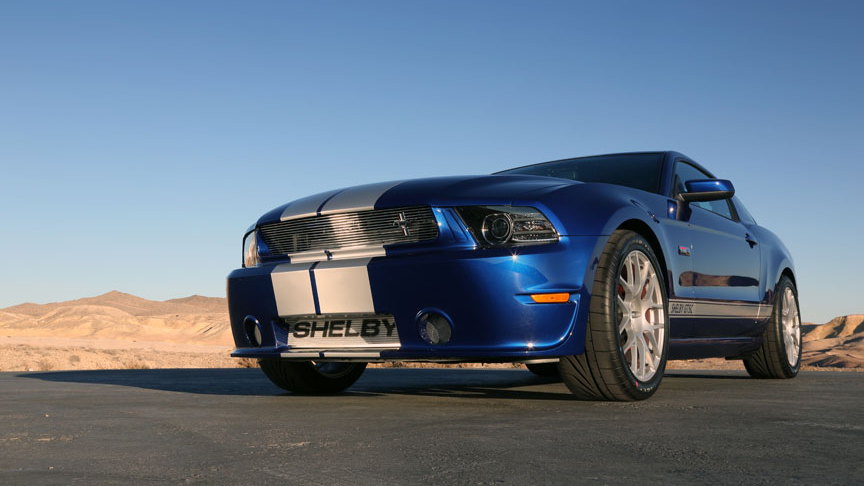 The Shelby GT was launched in 2007 as a less-extreme counterpart to the GT500 and other models in the Ford and Shelby American catalogs. The 2014 GT--possibly the last new Shelby model on the current Mustang platform--continues in that vein.

Based on the 2014 Mustang GT, the Shelby GT boasts 430 horsepower, thanks to engine tuning, a new intake and exhaust, and other modifications. It also features Ford Racing suspension, upgraded brakes, and a new wheel and tire package. Naturally, racing stripes are also part of the package, along with a Shelby body kit that gives this Mustang a little more attitude.

If that's not enough, buyers can opt for the Shelby GT/SC, which throws a Whipple supercharger into the mix. The GT/SC is available with either 525 hp or 624 hp. Shelby says the 624 hp version will do 0 to 60 mph in about 3.7 seconds, with a quarter-mile time in the 11-second range. It will even pull over 1g on the skidpad.

Speed is good, but what about the price of this 'budget' model? The base Shelby GT treatment costs $14,995, minus the cost of a 2014 Ford Mustang GT. Like all Shelby American models, the GT is a post-title car, so customers will have to purchase their own base car and have it sent to Shelby for modification; Shelby says a well-equipped car will cost $45,000 total.

For more from the Los Angeles Auto Show, check out our dedicated hub.