GM has even broader ambitions for its Cadillac brand than today's lineup. Its latest vehicles, the ATS and CTS, have won rave reviews, and its own version of the Chevy Volt architecture comes late this year in the form of the Cadillac ELR extended-range electric car.

But could the brand have more green cars in its future?

Though he offhandedly referred to battery-only electric cars as a "panacea" in an interview with the Detroit News, GM CEO Dan Akerson confessed that Tesla Motors [NSDQ: TSLA] is a competitor for the GM luxury brand--and that "ultimately," General Motors will compete with Tesla Motors.

What would a Tesla competitor from Cadillac look like? Though GM showed a plug-in hybrid Cadillac XTS at the 2010 Detroit Auto Show, it's unlikely that vehicle will be forthcoming. Potential plug-in hybrids from the ATS/CTS architecture are possible, but haven't been discussed. 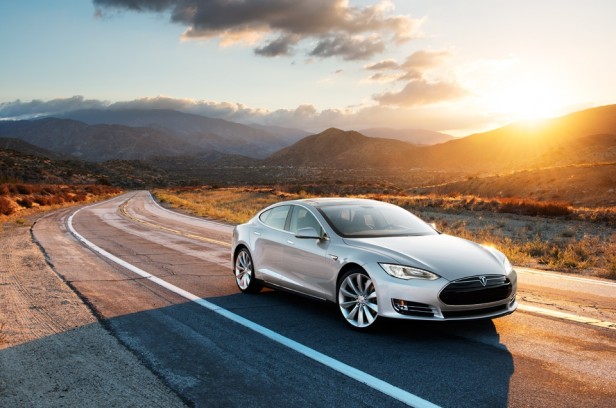 The more likely route for Cadillac to take on Tesla? Either with a version of the $30,000 electric car with 200 miles of range that GM officials have discussed throughout this year with the automotive press, or possibly, with a version of the on-again, off-again S-Class competitor long desired by the marque.

Akerson says the chief hurdles to any electric vehicle still center around range--and suggested that a 200-mile range for any GM-branded car would not "satisfy the range anxiety that persists," judging it "still a major issue" with potential owners.

At the same time, he says the upcoming $70,000 ELR isn't quite the pinnacle of GM's electric-car plans.

"Now we're going to move up," he told the News.

Whether that means a true battery-electric car rival to the Model S, or something more akin to the plug-in hybrid S-Class just launched, remains to be seen.

More important for the present, it seems that now, Cadillac and GM see Tesla as a real threat to their own high-end efforts.

For more, see an in-depth discussion at Green Car Reports.