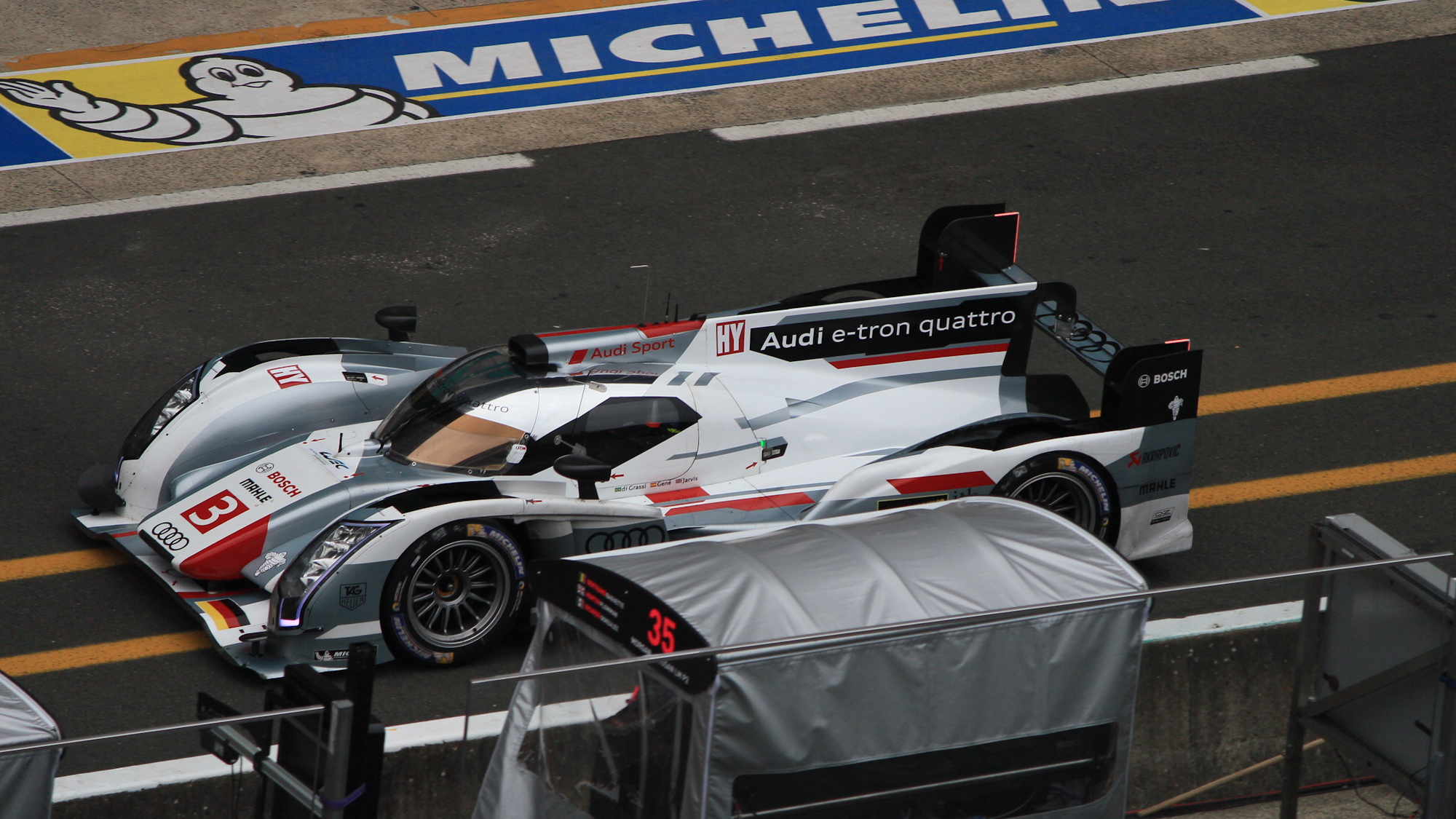 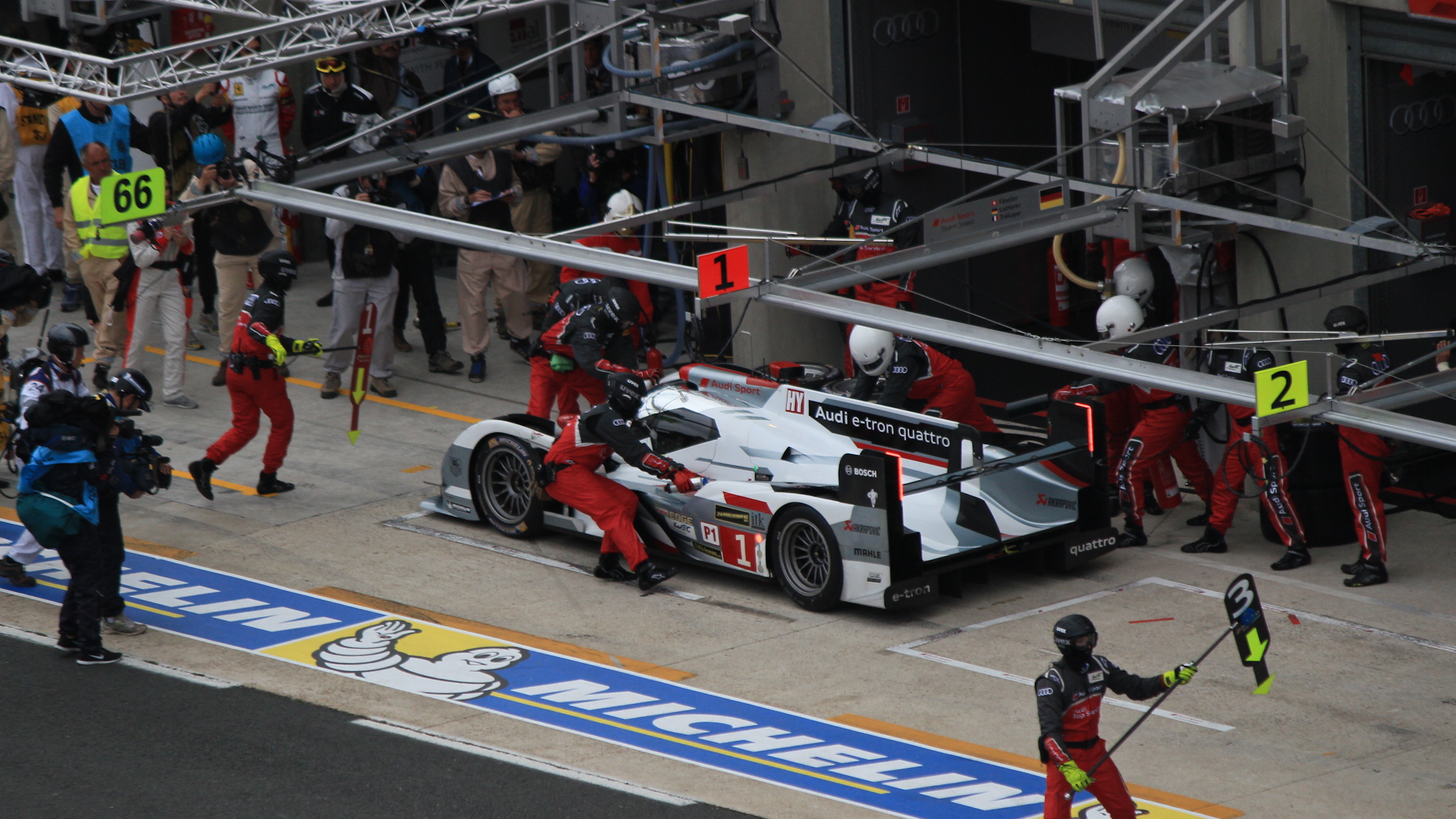 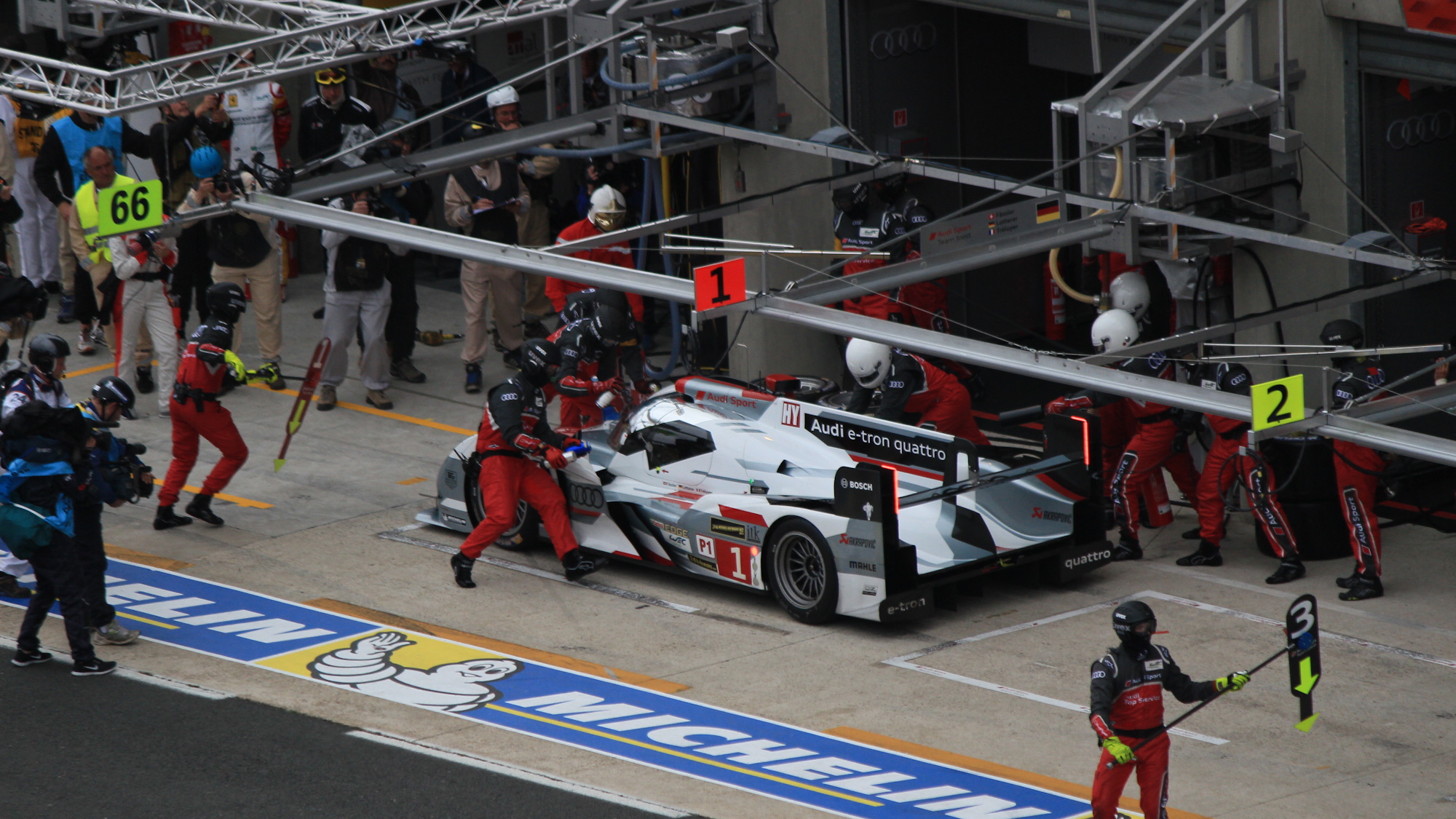 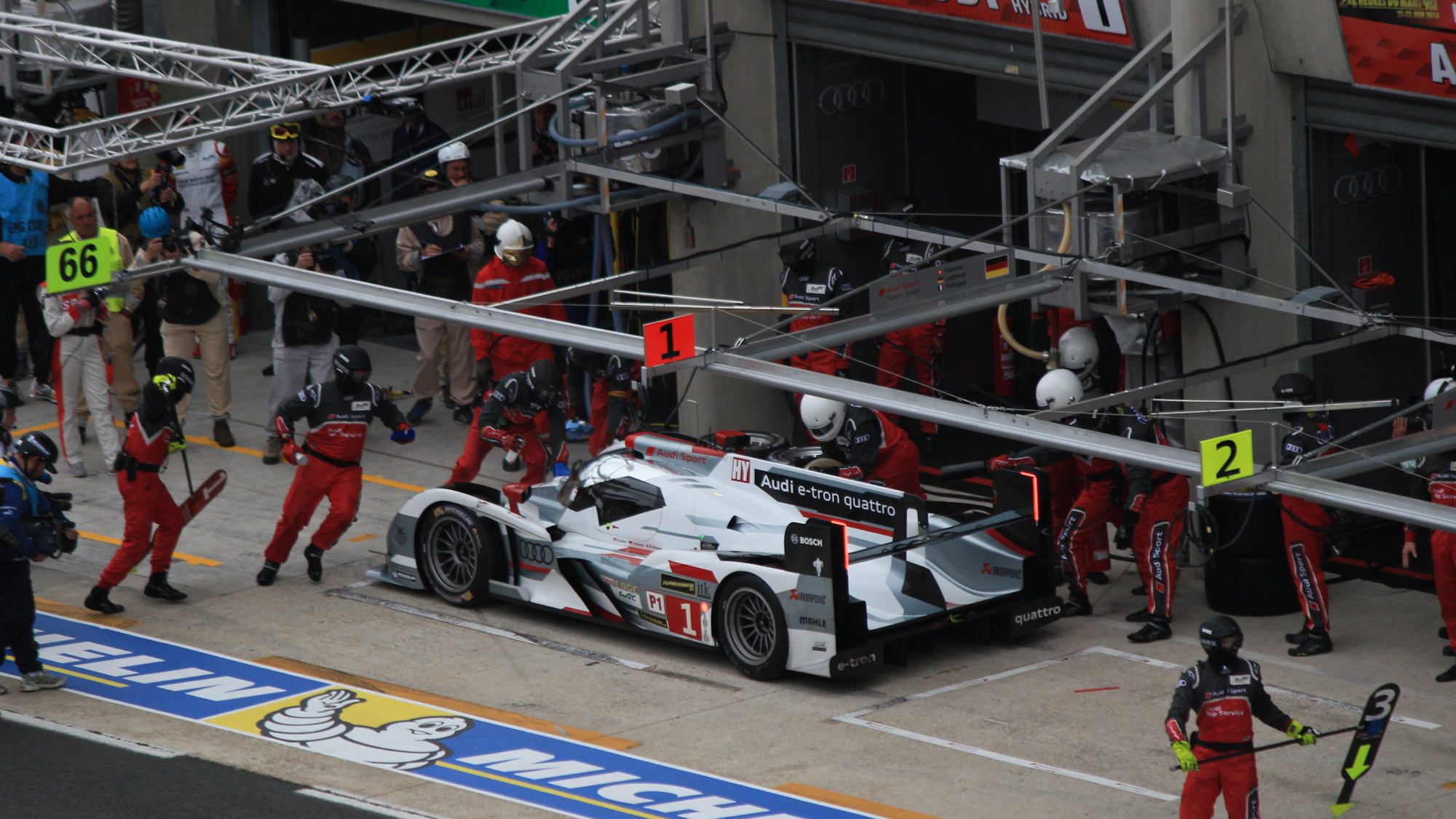 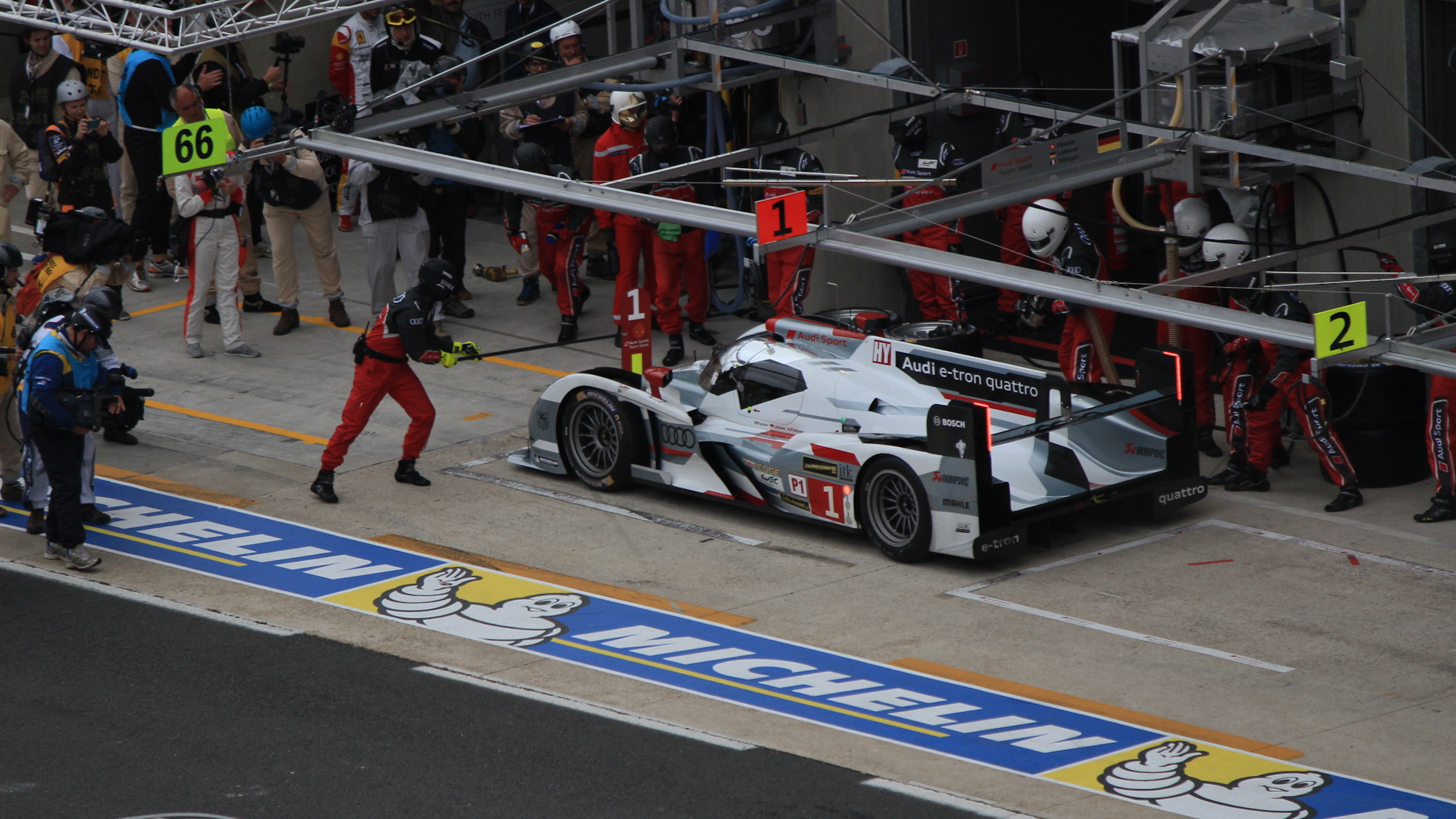 45
photos
The final hours of the 24 Hours of Le Mans are often some of the most fraught, as the wear and tear on the car, as well as the weariness of nearly 19 hours of racing for the team and drivers, adds to the pressure of keeping, or even accelerating the pace as the checkered flag draws within sight.

At an Audi conference this morning, Scott Keogh, president of Audi of America, and members of the team gave their thoughts about the race so far, as well as looking ahead to the few hours remaining.

For Keogh, Audi's success at Le Mans has helped to build the brand's reputation in the United States, both in racing and in retail.

Dr. Wolfgang Ullrich says he still has hopes for the #3 R18, currently driven by Lucas DiGrassi, to manage a podium position. At the moment (with just over 5 hours remaining in the race) the car has made up most of its deficit, with just 55.7 seconds gap to the #7 Toyota TS030 with Kazuki Nakajima in the pilot's seat.

Five-time Le Mans winner and Audi driver Frank Biela agrees that it "looks very, very good" for the Audi team. The #2 car, with Allan McNish driving, currently sits in first with a two-lap lead over the #8 Toyota with Stephane Sarrazin at the helm.

Retired Audi racer and former Le Mans champion Dindo Capello, speaking from the sidelines of the race, emphasized how important it is for teammates to trust each other in endurance racing--after all, as the race comes to a close, 2/3 of the drivers won't be in the car.

Having already covered more than 2,300 miles at average lap speeds in excess of 150 mph, the front-runners are still pushing hard, even as the weather continues to change, with intermittent showers, sometimes only in certain parts of the course, continue to add an extra layer of challenge.

Catch up on all of our 24 Hours of Le Mans coverage at our hub page here, or check out the official race page, or Radio Le Mans, for lap-by-lap timing and coverage.