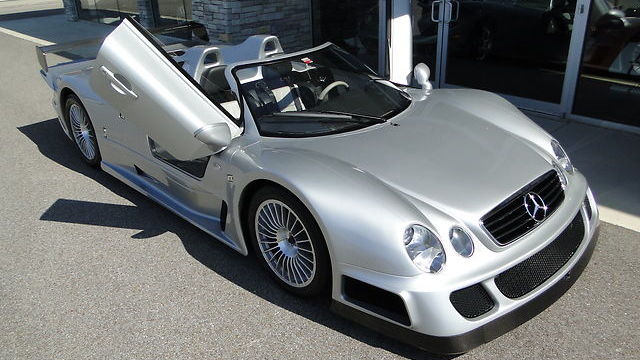 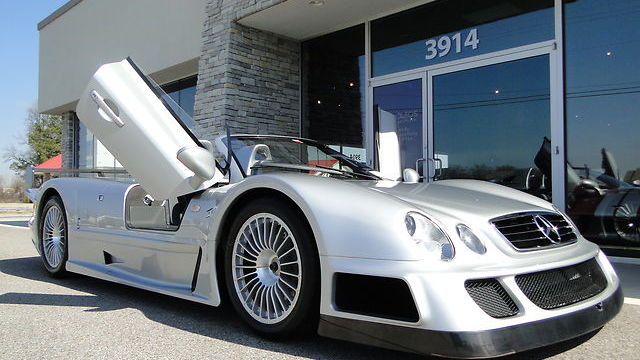 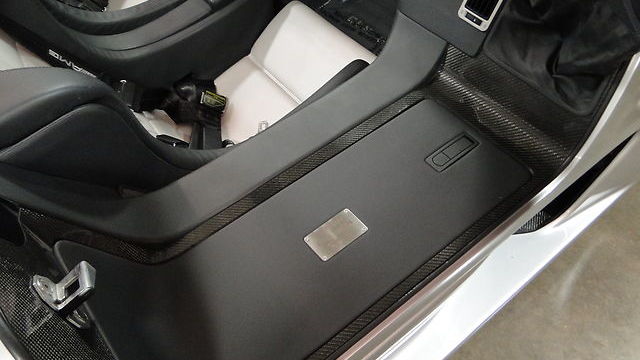 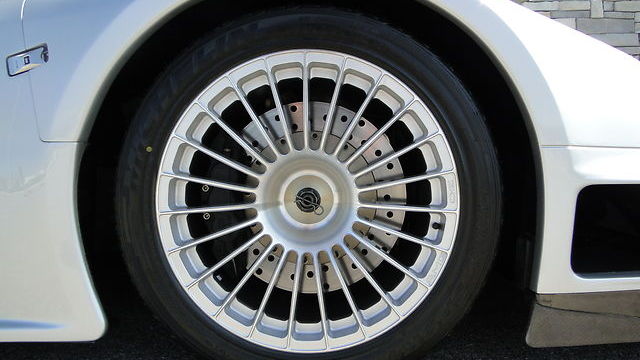 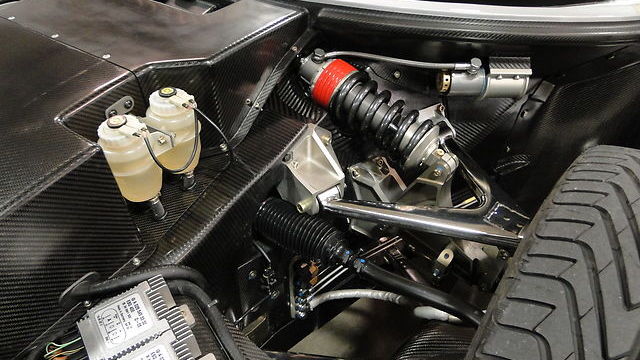 The Mercedes-Benz CLK GTR is the product of the mad minds at AMG. Built to compete in the 1997 FIA GT Championship, the CLK GTR was crafted as a racecar first but it was also a road car since it required homologation models to actually compete. Thus Mercedes-Benz was forced to churn out 25 road-ready versions of the car. In total, Mercedes-Benz actually built 35 cars. Two were prototypes, seven were racing versions, and then 20 were road-going coupes while another six were roadsters. Of those six roadsters, just two were fitted with an optional 7.3-liter V-12 engine instead of the standard 6.9-liter unit... and you can now buy one of those two.

It's called the CLK GTR Super Sport, which signifies that it carries the larger engine. Elite Autos of Jonesboro, Arkansas is the insanely lucky dealership that holds on to the title and the ignition key. This is a true piece of automotive history, and a wildly rare machine that's the only type of its kind in the United States. It's currently for sale on eBay Motors, and if you have $1,995,980 you can match the Buy-It-Now asking price.

Seems a bit steep, of course, but when you consider just what you're getting it starts to make a whole lot more sense. There is only one other car that matches this one. This is chassis #03 and the other is chassis #17. So you have the rarity factor. Add in the fact it's a road-going racecar with the same motor found in your more "run of the mill" Pagani Zonda, and the price tag makes perfect sense.

Oh to be rich... we'd bring this to the next Gumball, the grocery store, a local track day, and out on date night.