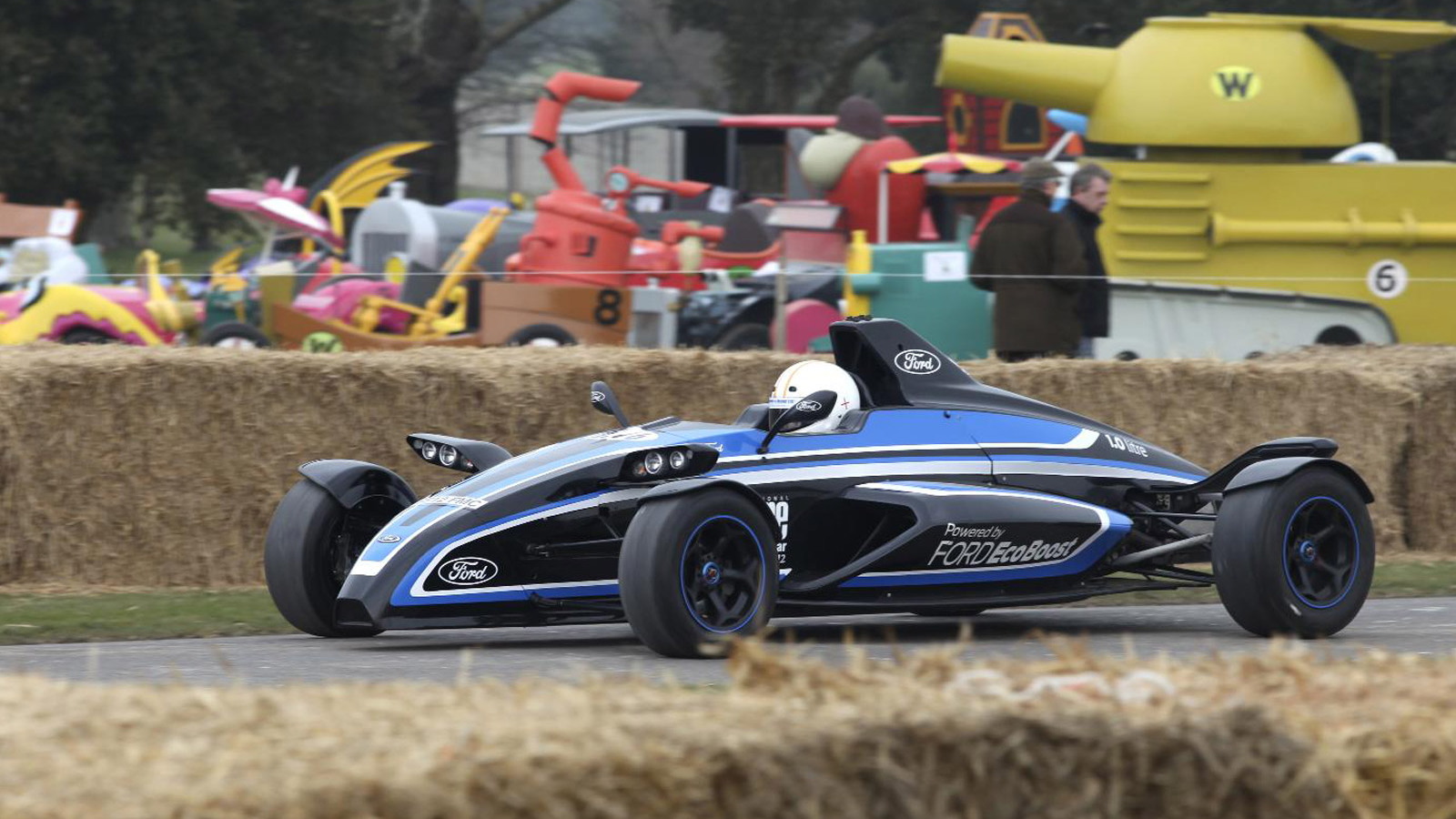 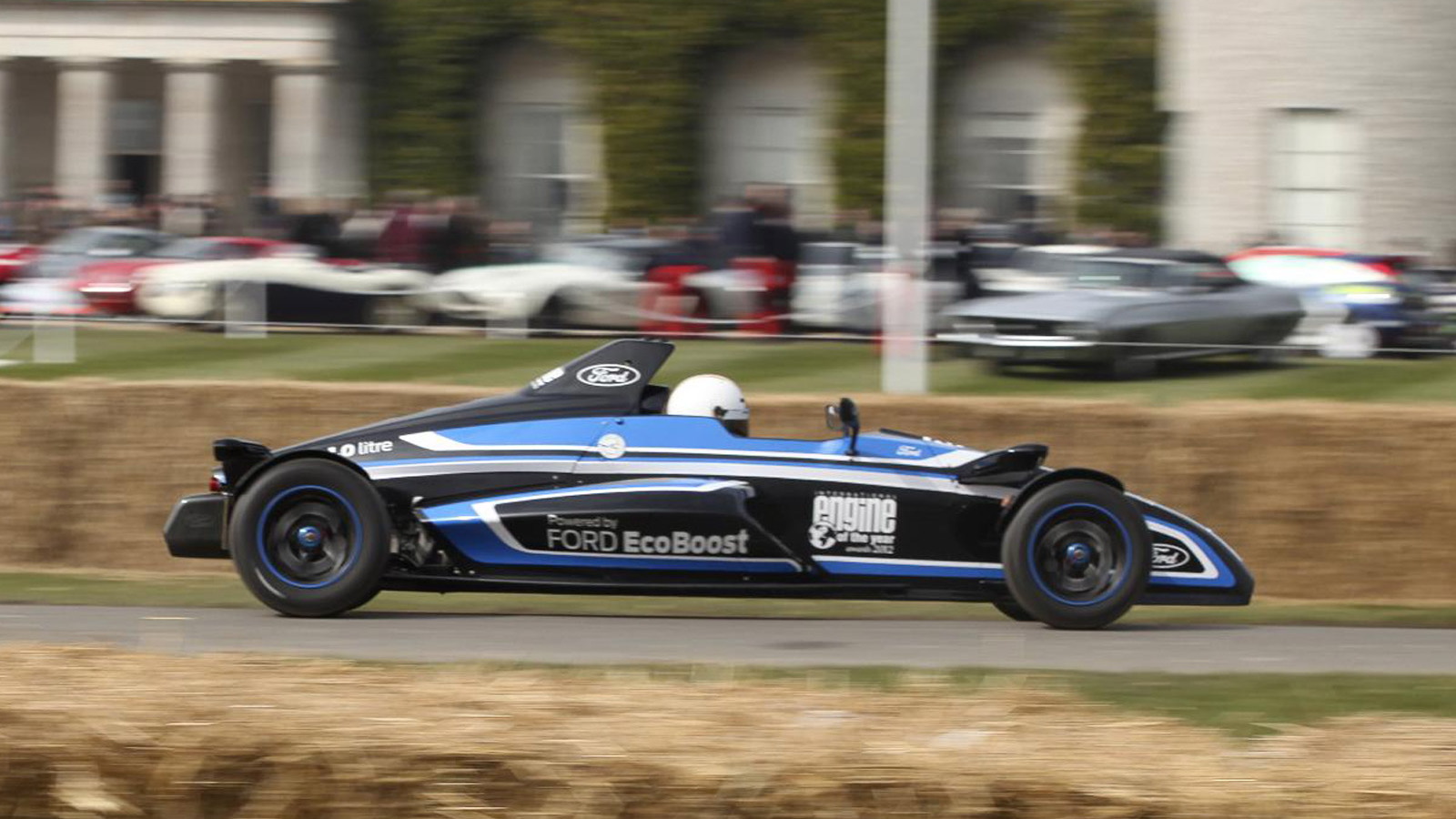 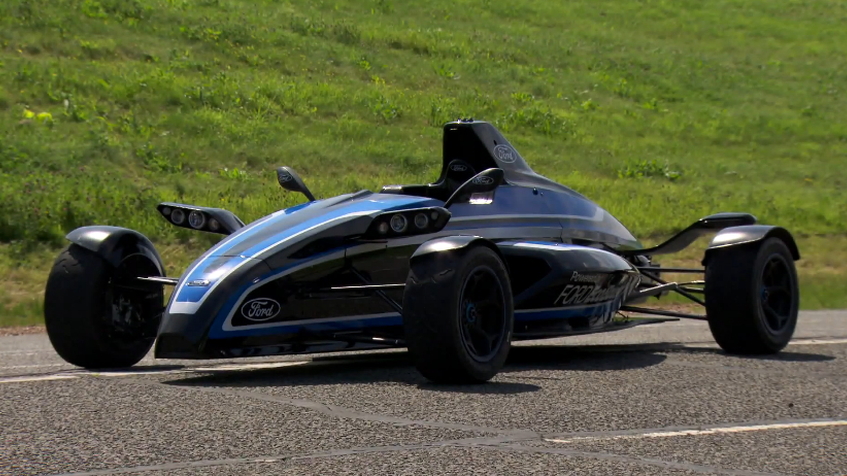 3
photos
Ford will drum up further excitement surrounding its FF1 track car by presenting it at the 2013 Goodwood Festival of Speed in the UK this July, and taking it up the event’s famous hill climb.

The street-legal trackster is powered by a tiny 1.0-liter EcoBoost engine, yet it can lap the Nürburgring in just 7:22 (when its output is tuned to 202 horsepower), making it faster around the arduous German race track than cars like the Ferrari Enzo and the Pagani Zonda.

At the same time, its downsized three-cylinder design, direct fuel injection, turbocharging and variable valve timing all help deliver fuel economy better than that of a subcompact.

With moderate driving, Ford says its FF1 single-seater can return fuel economy in excess of 80 mpg.

The FF1’s power output resides at 123 horsepower in street-legal trim, though it’s still capable of outmatching much more powerful machines on the track even in this lower state of tune.

Ford still hasn’t released pricing details for the FF1, however, we’re not sure it matters as we doubt many would even make it across the Atlantic, since our regulations concerning things like advanced airbag systems are a bit inflexible compared to Britain’s Single Vehicle Approval (SVA) exemptions. If it were imported, it would likely be for track use only.

Also making an appearance at Goodwood this year will be the new Ford Fiesta ST as well as the legendary Ford GT40, with the latter taking part in a race at the Goodwood Revival in September that celebrates 50 years since the start of development of the Le Mans-winning icon.

Stay tuned for more details as we approach the 2013 Goodwood Festival of Speed’s July 11 opening day, but in the meantime click here for our complete coverage of the event.