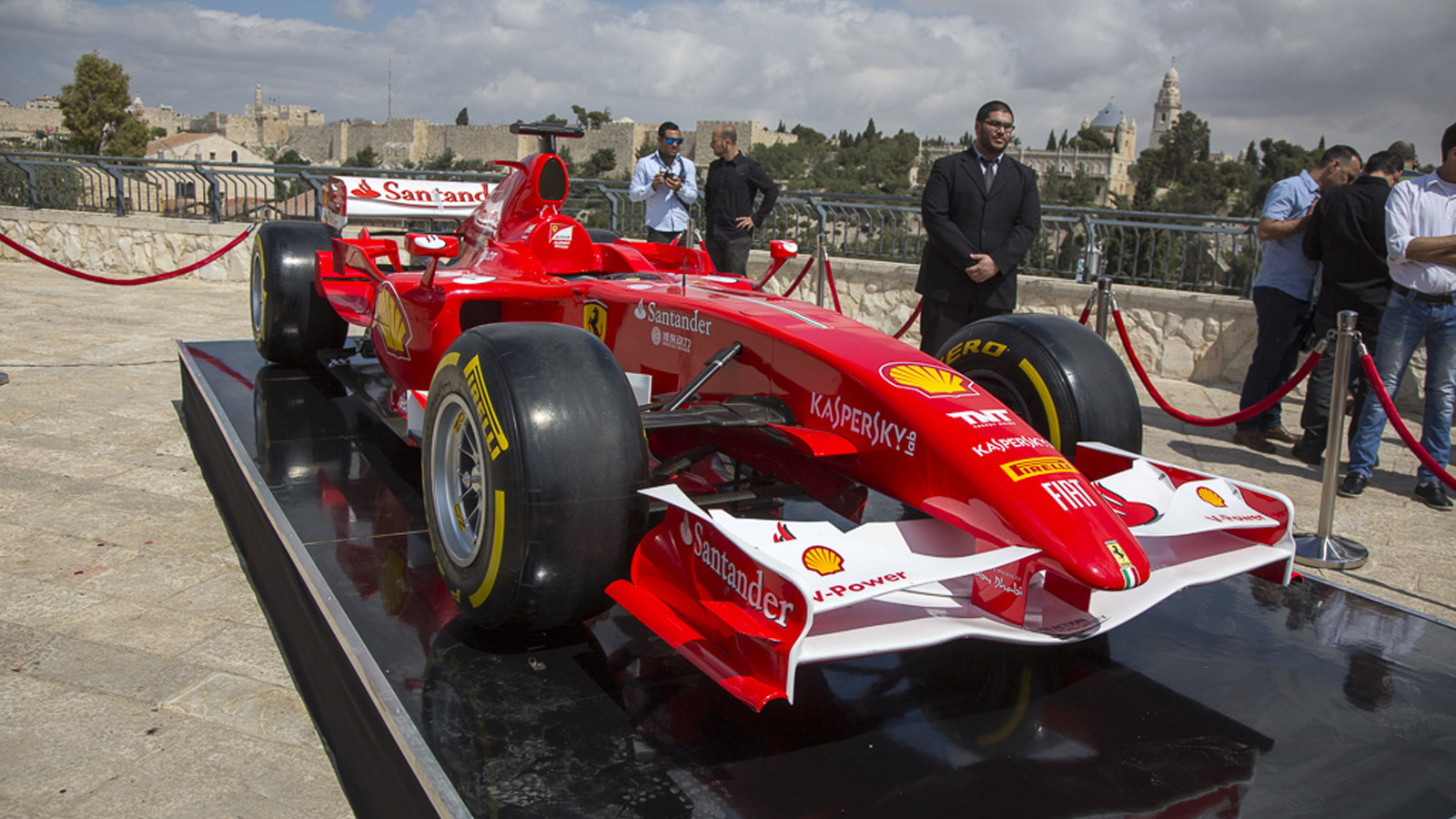 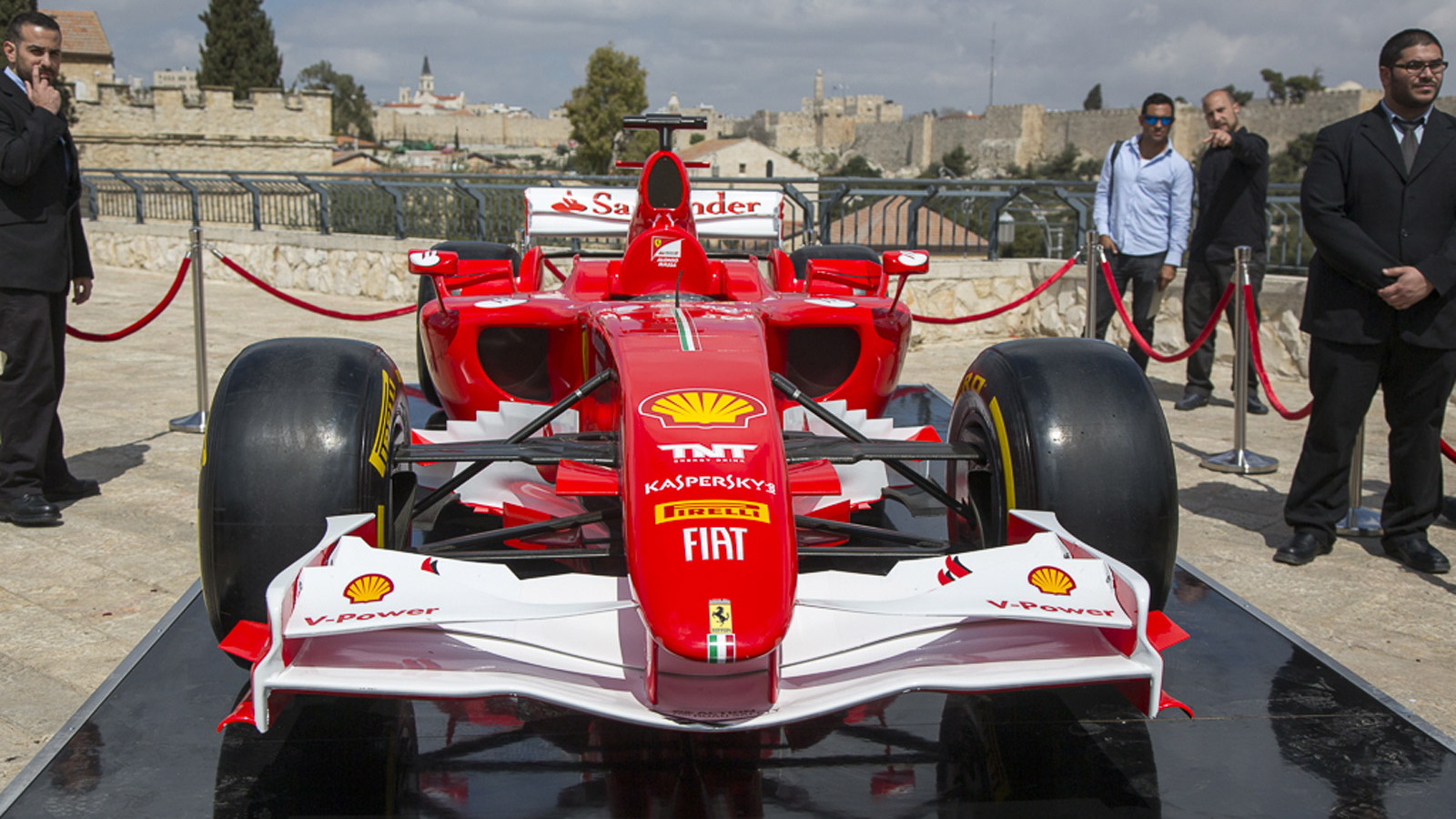 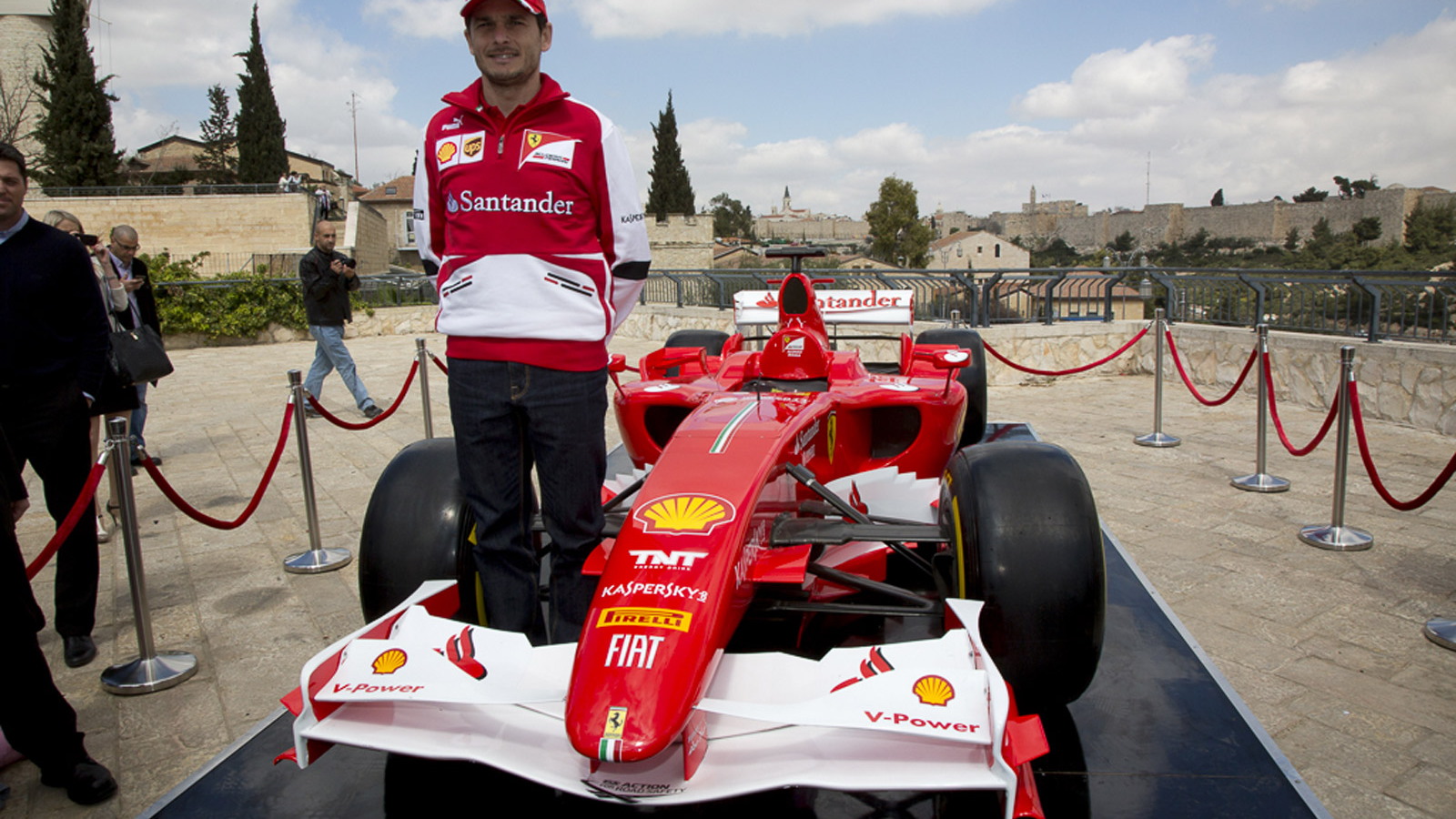 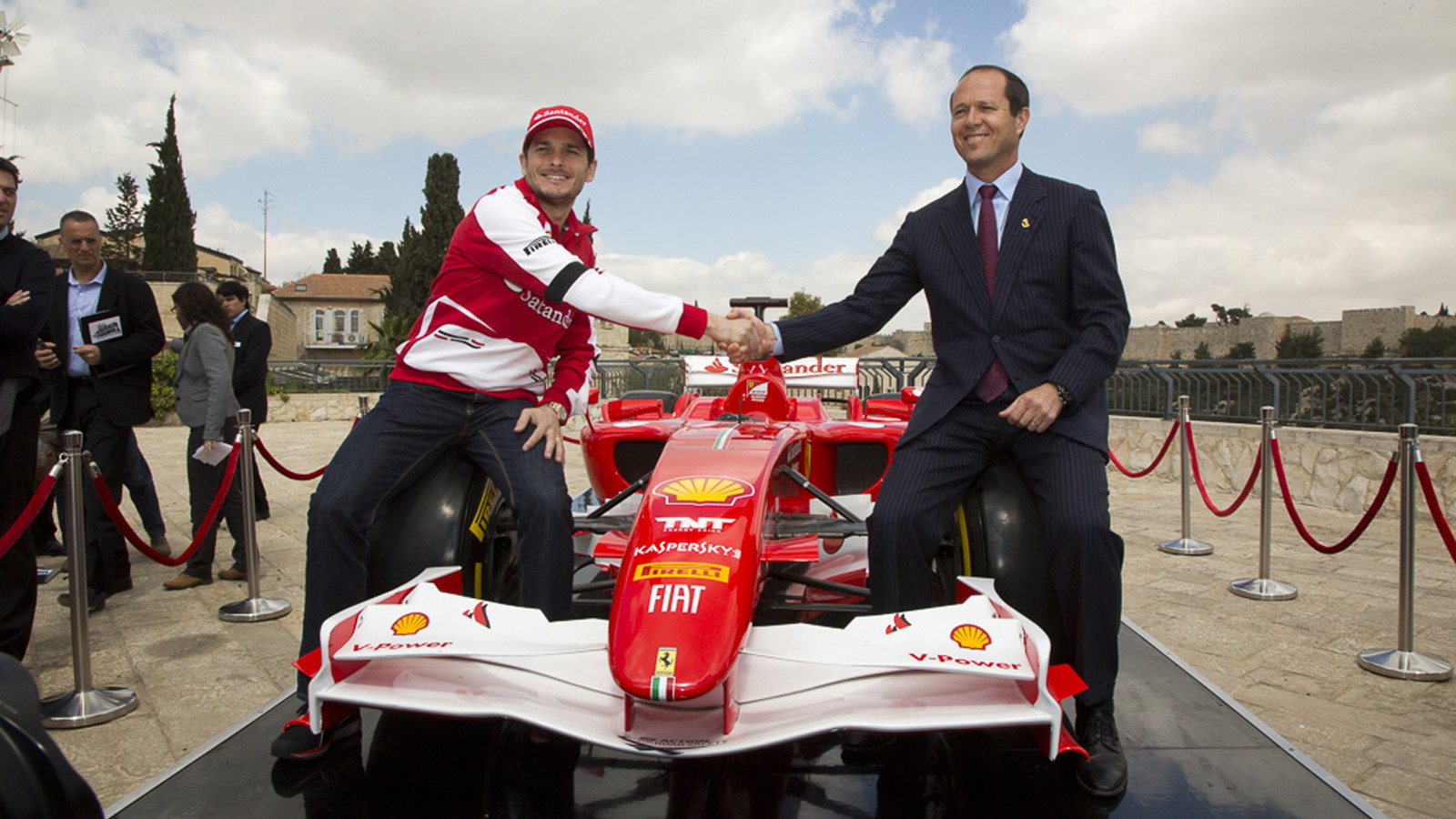 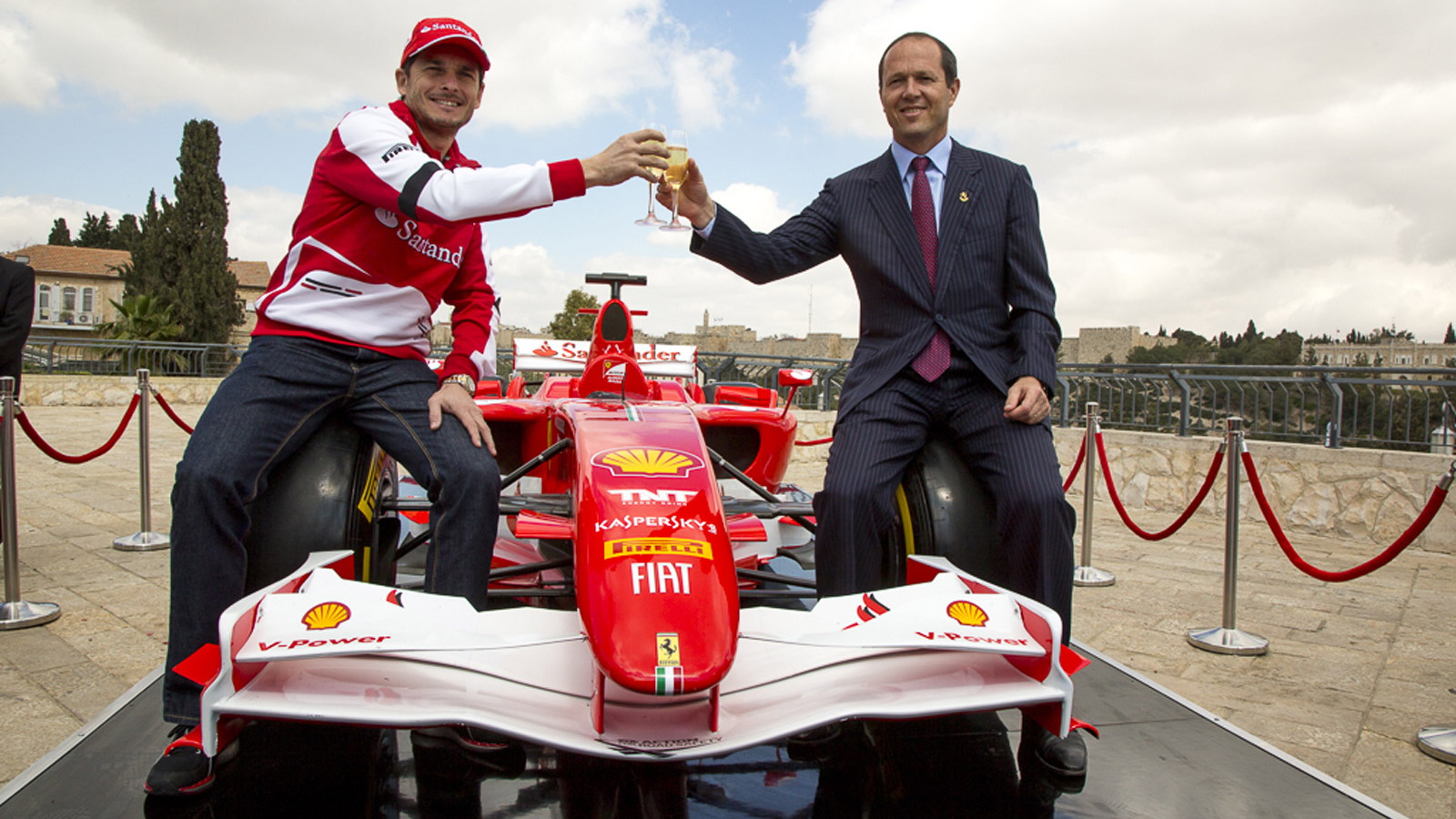 5
photos
The 2013 Formula One season is up and running, with the Australian Grand Prix providing plenty of excitement last weekend and teams now in Malaysia preparing for yet another weekend of action.

Despite the frantic pace, Scuderia Ferrari, the motorsport division of the Prancing Horse, still had time to make preparations for a very special event, the Jerusalem Peace Road Show, which takes place on June 13 and 14 of this year.

Organized with the backing of the city of Jerusalem, the event, which is in its inaugural year, is aimed at building awareness of the plight of the city’s residents while also helping the general economy and tourism.

The highlight will be a lap of the city made by Ferrari test driver Giancarlo Fisichella in one of the Scuderia's F1 cars.

The announcement was made this morning during a press conference that took place in Jerusalem with Mayor Nil Barkat and Fisichella himself, who made the journey from Italy for today’s press event.

“It’s great to have the chance to drive a Formula One car on the streets of a city that is as fascinating and full of history as Jerusalem,” said Fisichella. “I’m sure the event will attract lots of people along the track--a genuine circuit that will wind up and down through the hills and that will at one point run next to the walls of the Old City.”

Other cities where Ferrari has performed similar stunts include Moscow, Rotterdam, Doha and Rio de Janeiro.