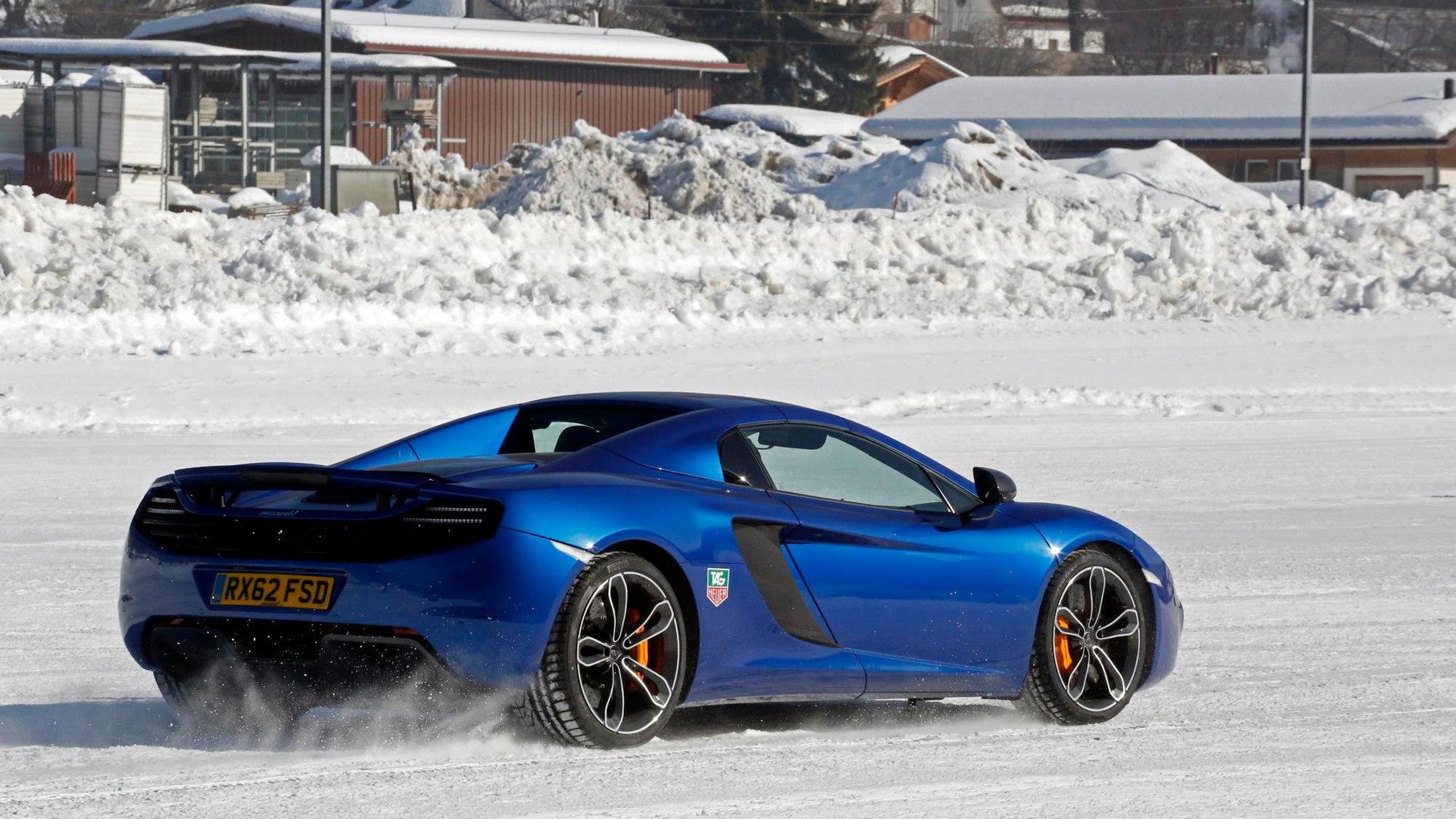 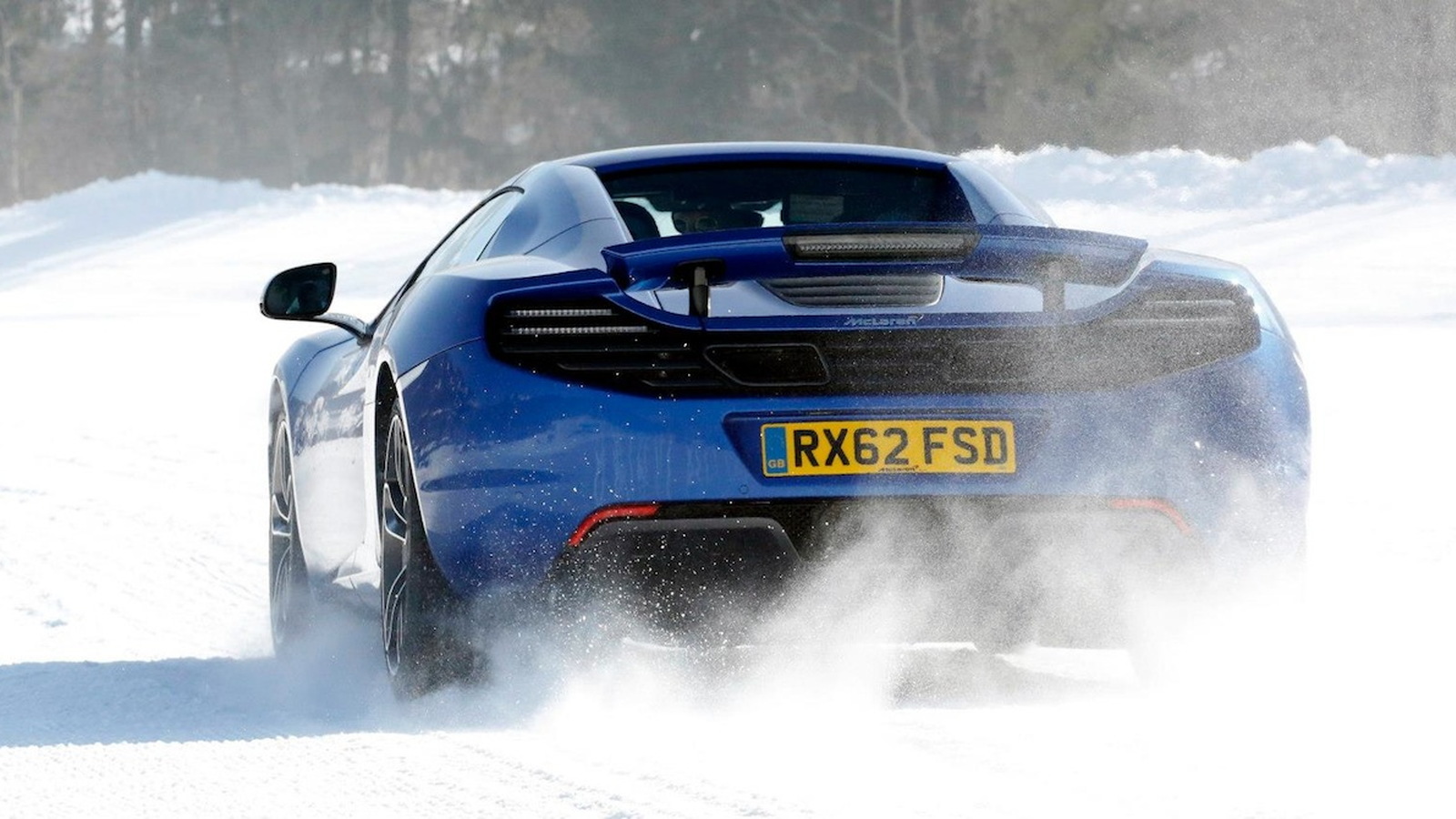 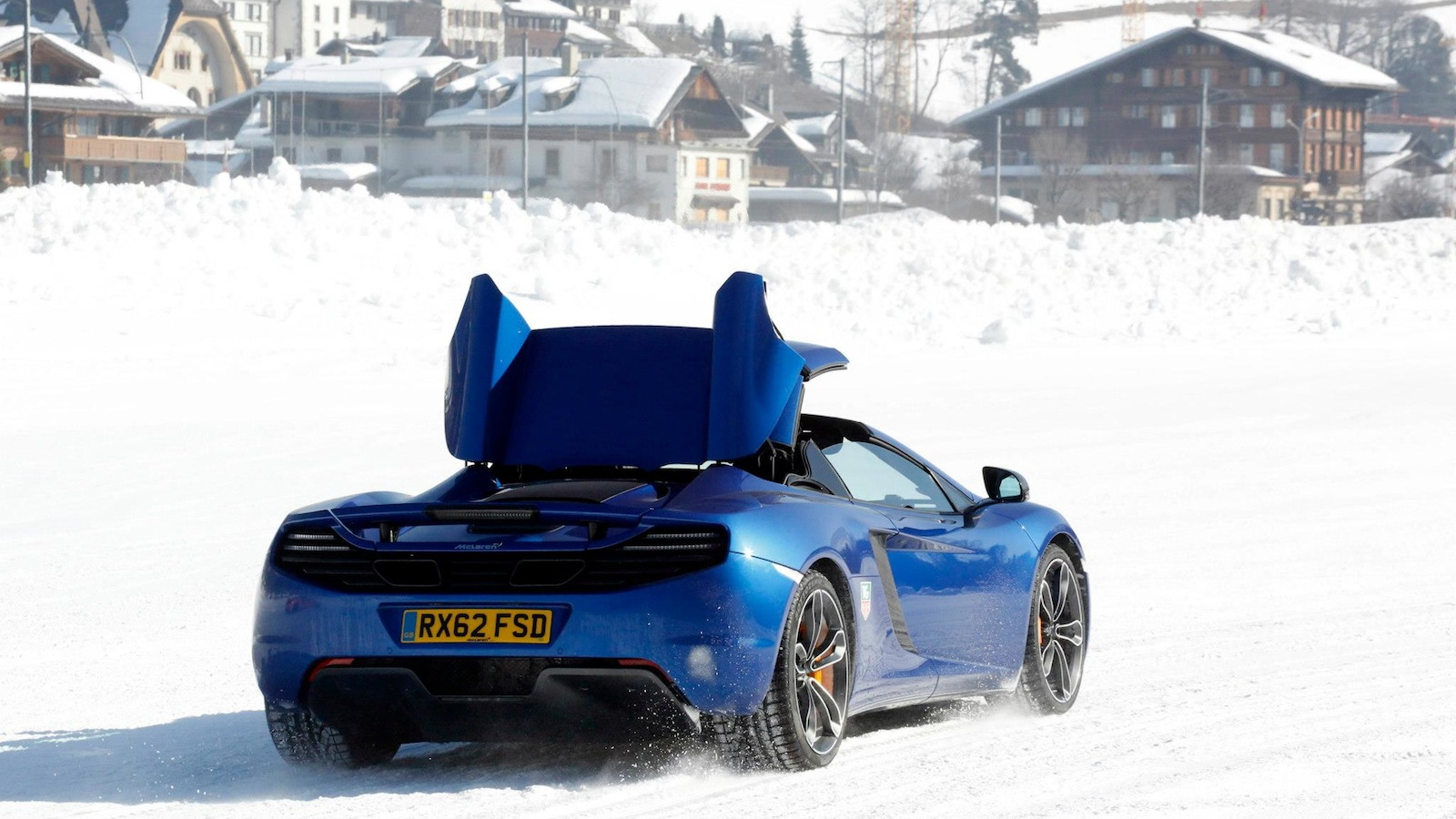 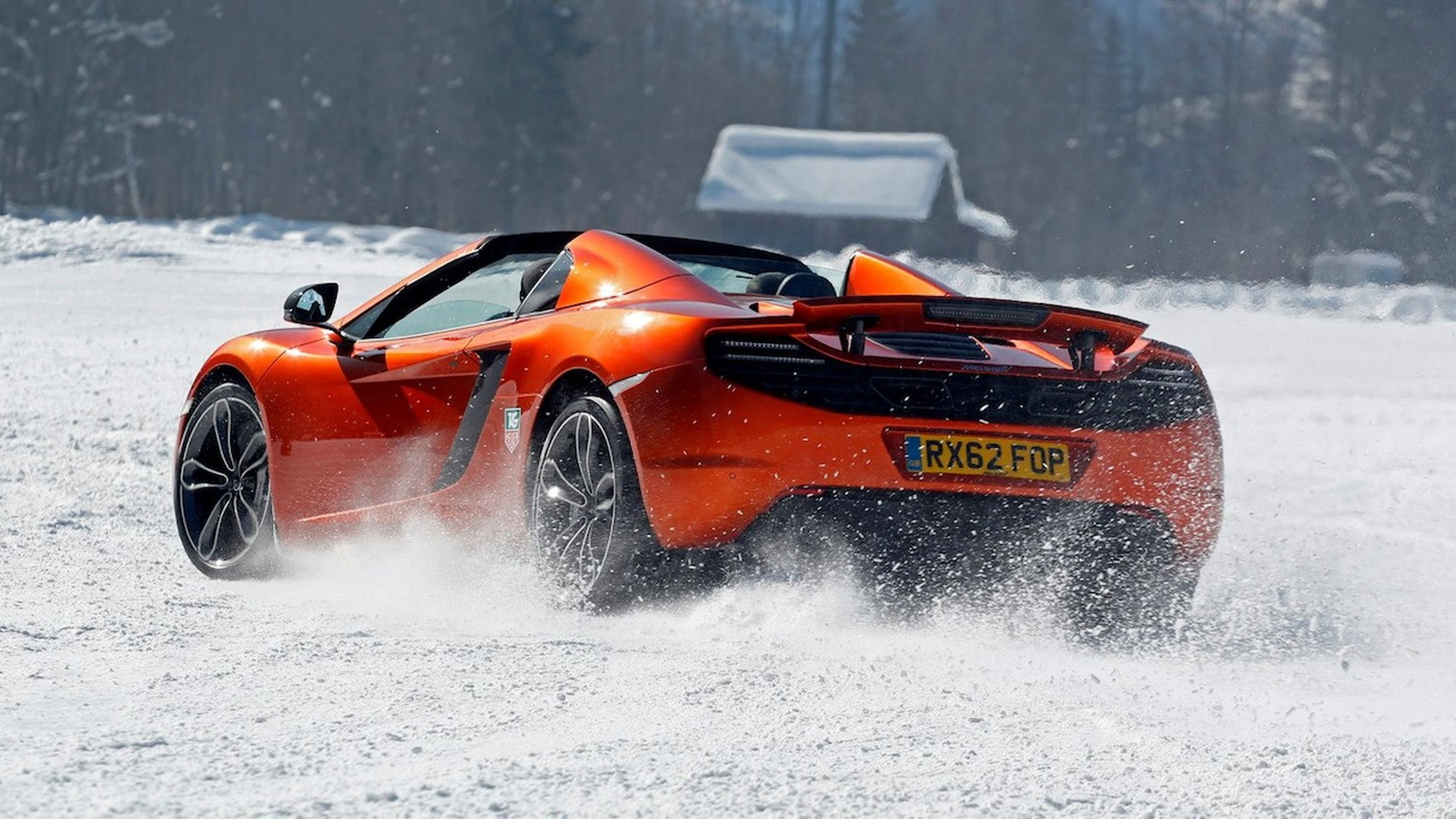 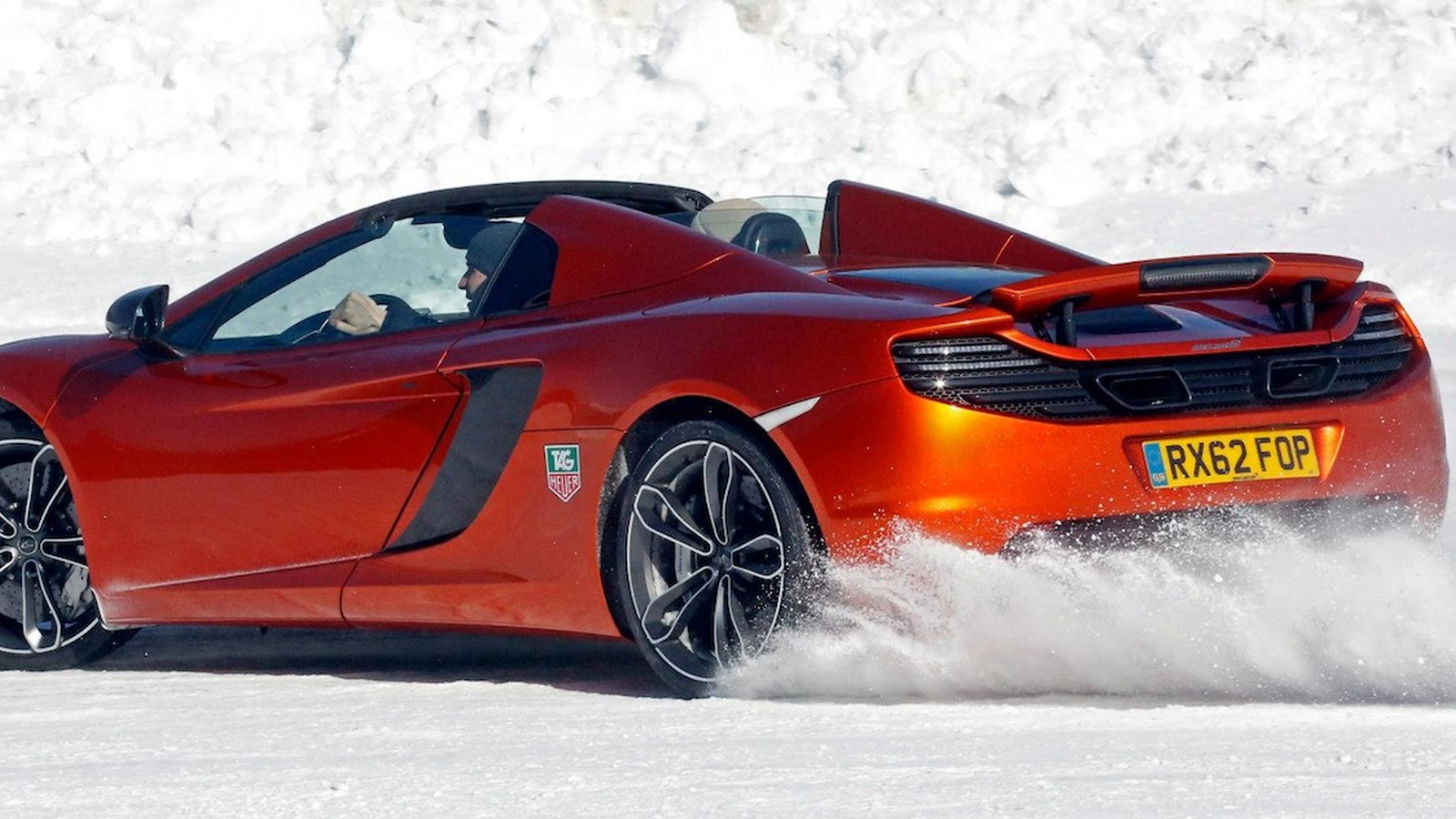 13
photos
Gstaad, Switzerland is well known for its variety of winter sports, including downhill skiing, cross-country skiing and tobogganing. It’s climate is cold, but not too cold, and the city receives an average of around 13 inches of snow between December and February.

It’s also earned a reputation as a playground for the wealthy, making it an ideal location for McLaren to host an ice and snow driving school in the MP4-12C and its open-air sibling, the MP4-12C Spider.

To refresh your memory, both MP4-12C variants are mid-engine, rear-drive supercars boasting over 600 horsepower and 443 pound-feet of torque from their twin-turbo 3.8-liter V-8 engines. They also wear 305/30 R20 rear tires, making them less than the ideal choice for winter commuting, even when fitted with high-performance winter tires.

On the other hand, that setup makes them about optimal for wintertime fun on a frozen lake, and we’d gladly exchange our lift tickets for a day at McLaren’s ice driving school, regardless of where it’s held.

As these pictures (from McLaren’s Facebook page) clearly show, hooning an MP4-12C on snow and ice adds up to an E-ticket ride, likely to be remembered longer than even the most epic of downhill ski runs. We'd bet your chances of breaking a leg or spraining an ankle are significantly lower, too.