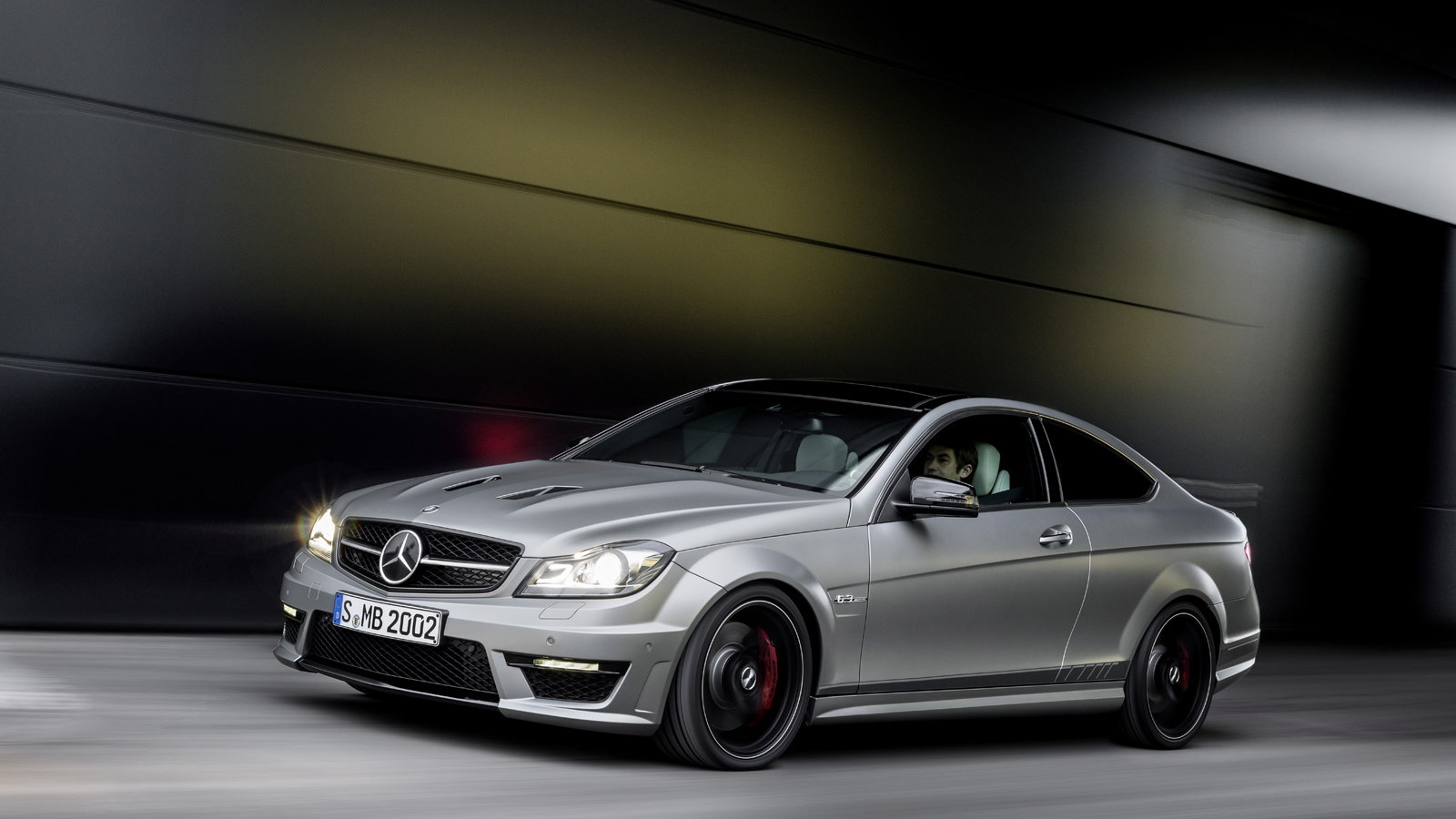 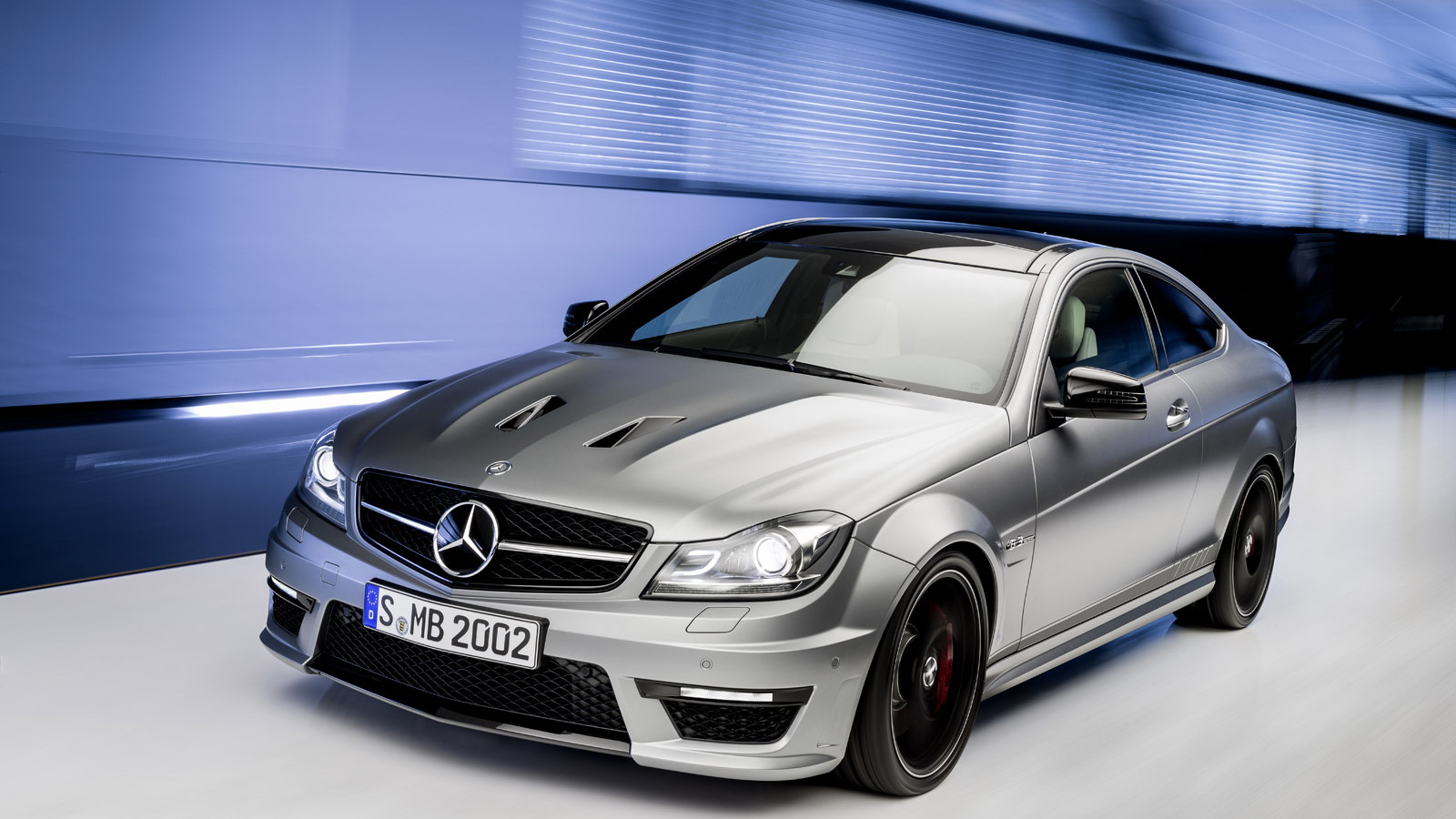 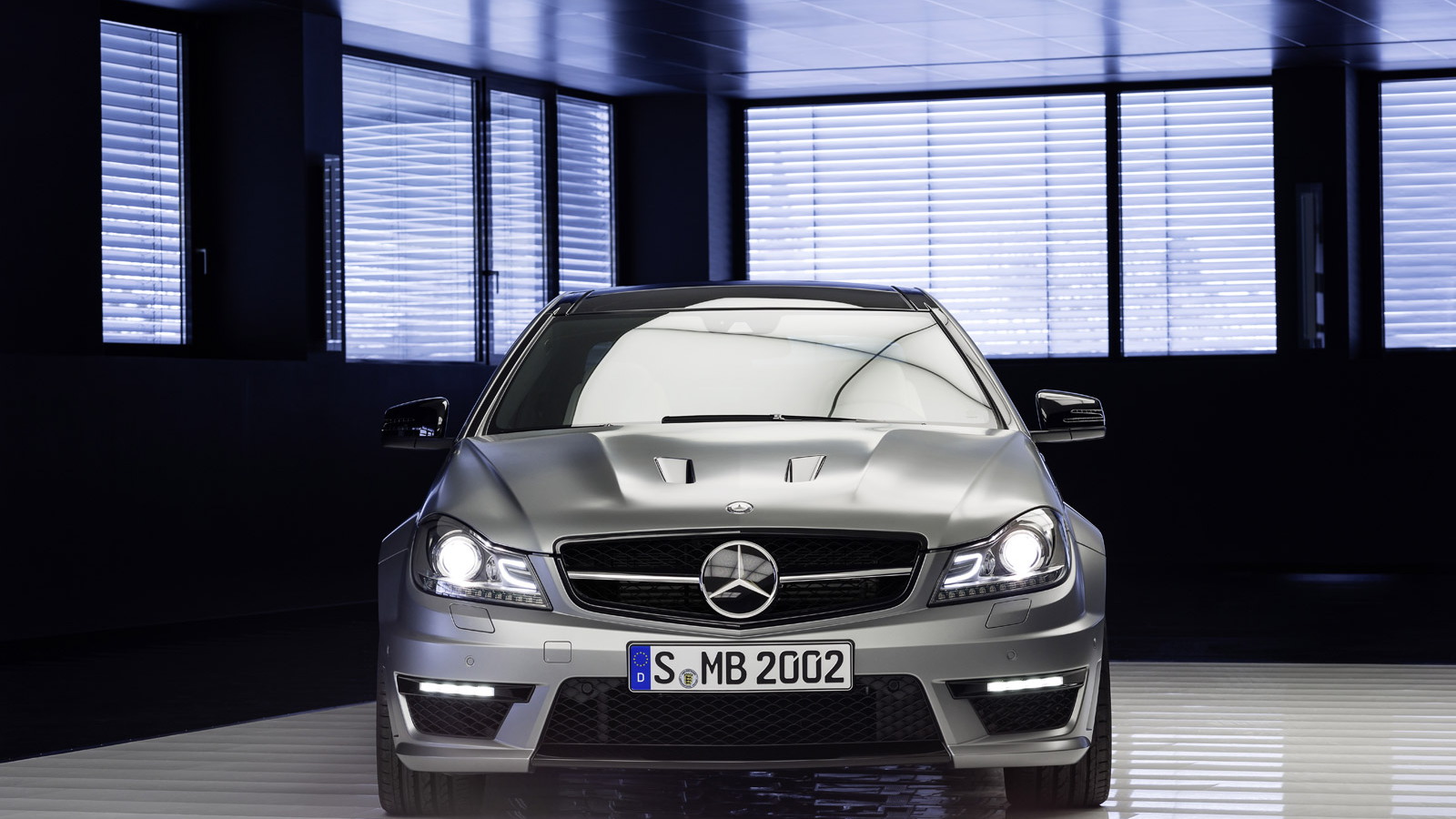 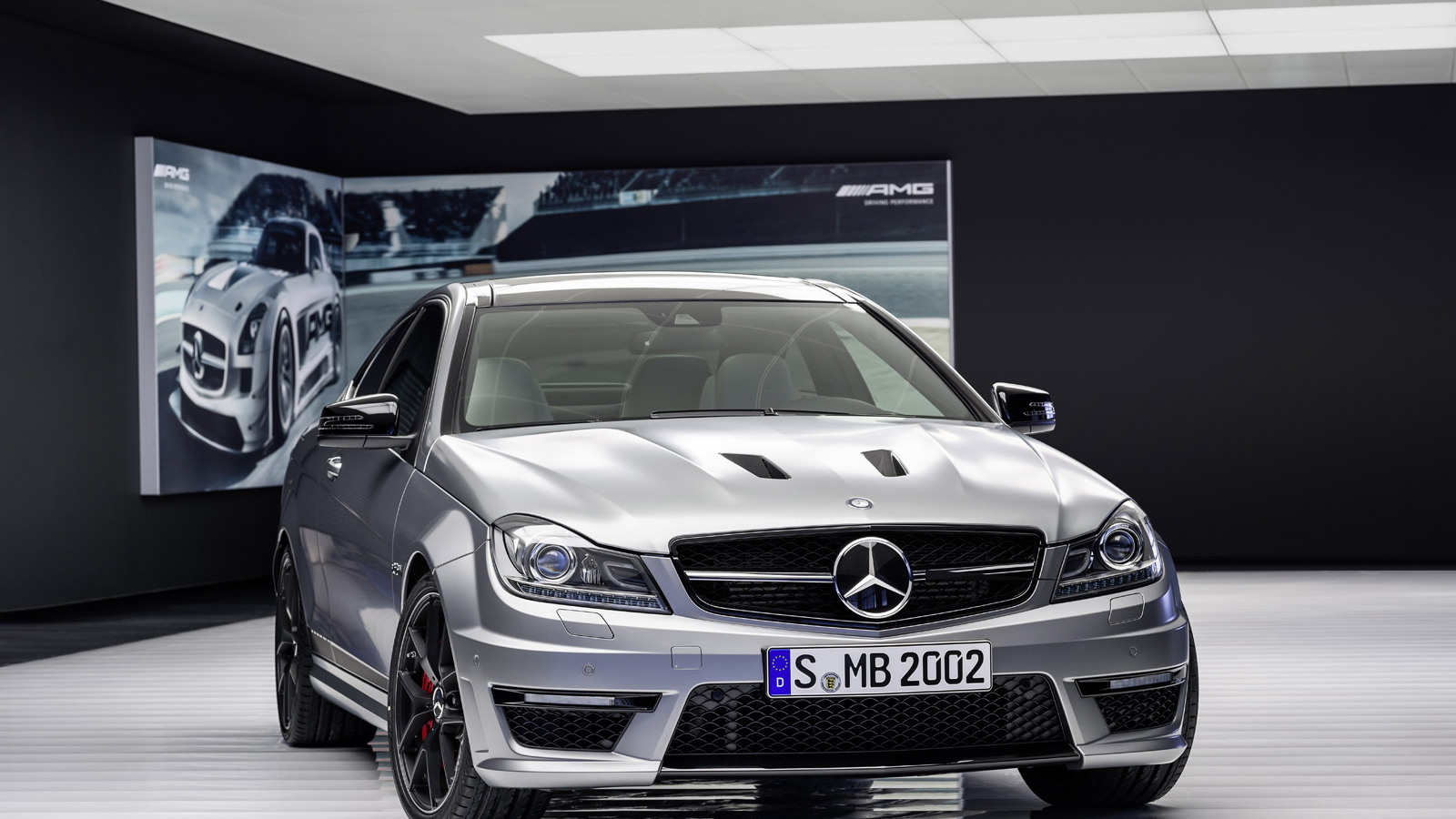 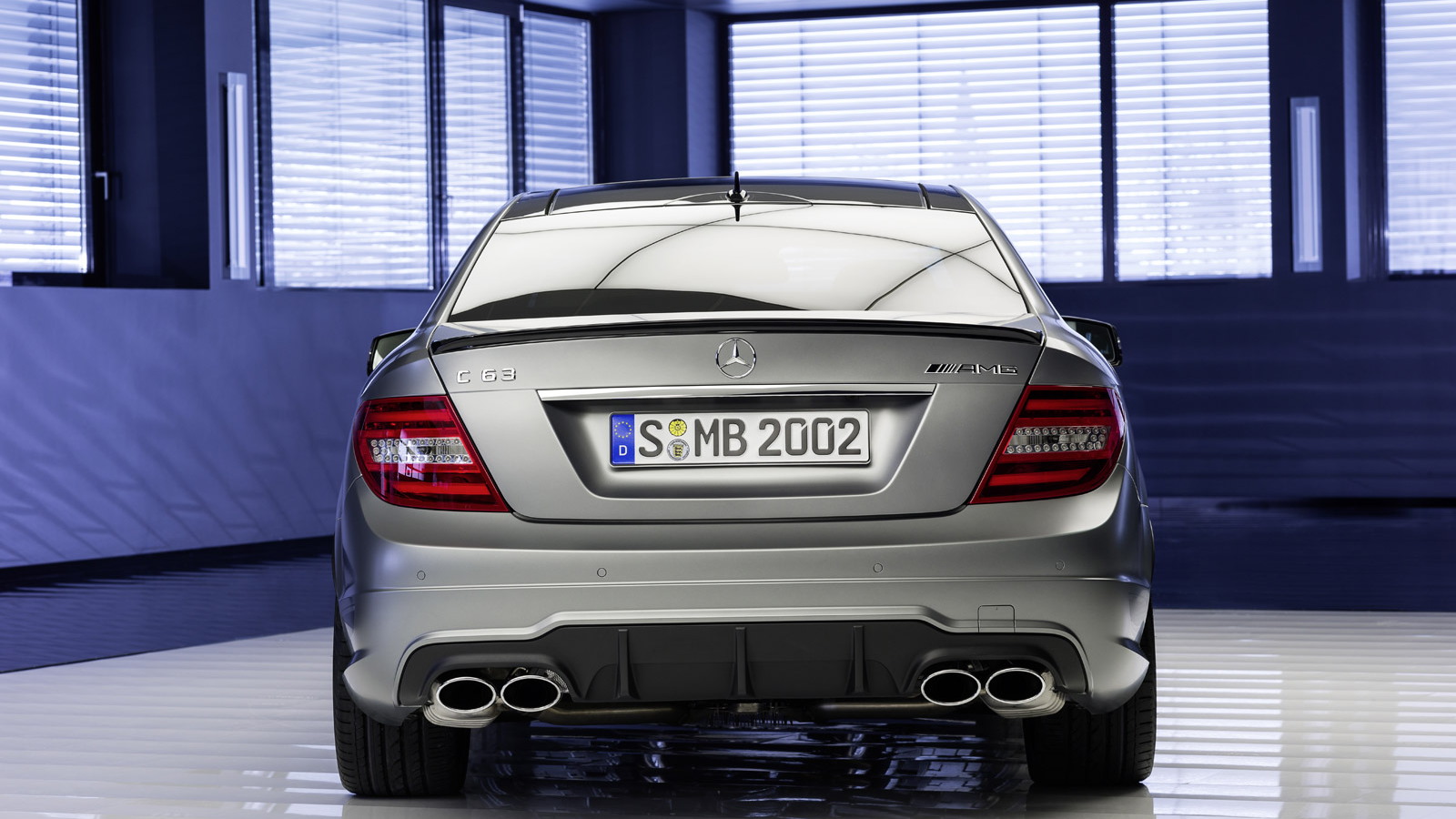 21
photos
Mercedes-Benz is introducing for the 2014 model year a new, more powerful version of its C63 AMG dubbed the “Edition 507.”

As its name suggests, the car comes packing a 507-horsepower version of the regular C63 AMG’s 6.2-liter V-8, which, for those at home wondering, is 56 horsepower more than the standard model and 26 more than cars fitted with the AMG Development Package.

The launch of the 2014 C63 AMG “Edition 507” comes on the heels of the reveal of the updated 2014 E63 AMG, which for the latest model year also delivers more power along with standard all-wheel drive and a new range-topping S-Model trim.

To achieve the increase in power, the engine in the C63 AMG “Edition 507” has received some of its internals from the SLS AMG supercar, including forged pistons, connecting rods and a lightweight crankshaft. A retuned ECU rounds out the engine mods.

This also sees peak torque rise to 450 pound-feet, which is 7 pound-feet more than stock. Mercedes predicts a 0-60 mph time of 4.1 seconds and a top speed electronically limited to 174 mph.

AMG engineers have also ensured the brakes have been upgraded to match the additional power: the standard discs are replaced with a new high-performance compound that’s ventilated and perforated, and joined by calipers finished in red.

The advantages of the compound design include higher fatigue strength and lower warping characteristics. In addition, compound construction discs are lighter in weight and the reduced unsprung masses improve handling.

The car also receives the aluminum hood from the C63 AMG Black Series, along with 19-inch light alloy wheels, a subtle trunk lid spoiler, and a glossy black finish on the grille, mirror housing and daytime running light surrounds.

Buyers will also have the choice of three equipment packages for the interior, all of them with standard designo leather trim. An Alcantara-lined steering wheel is also fitted, along with a special gear shifter and “Edition 507” badges.

The 2014 Mercedes-Benz C63 AMG “Edition 507” goes on sale this summer, and will replace the current AMG Development Package option. Pricing will be announced following the car's world debut at the 2013 Geneva Motor Show next month.

Buyers will receive an invite for a free training session at their nearest AMG Driving Academy.

Note, this could be the last iteration of the current C63 AMG as a brand new model has already been spotted testing and is expected to hit showrooms next year.