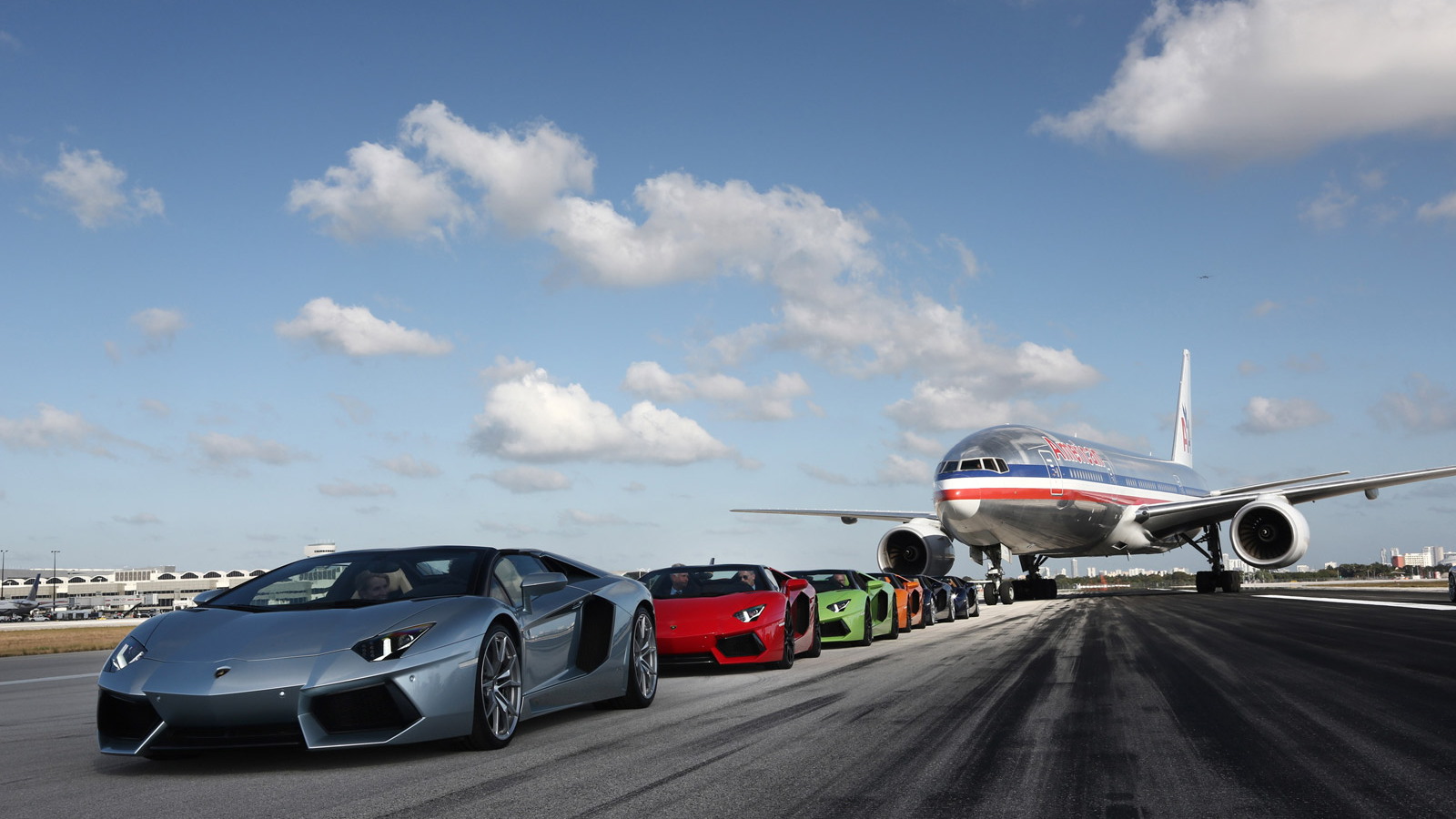 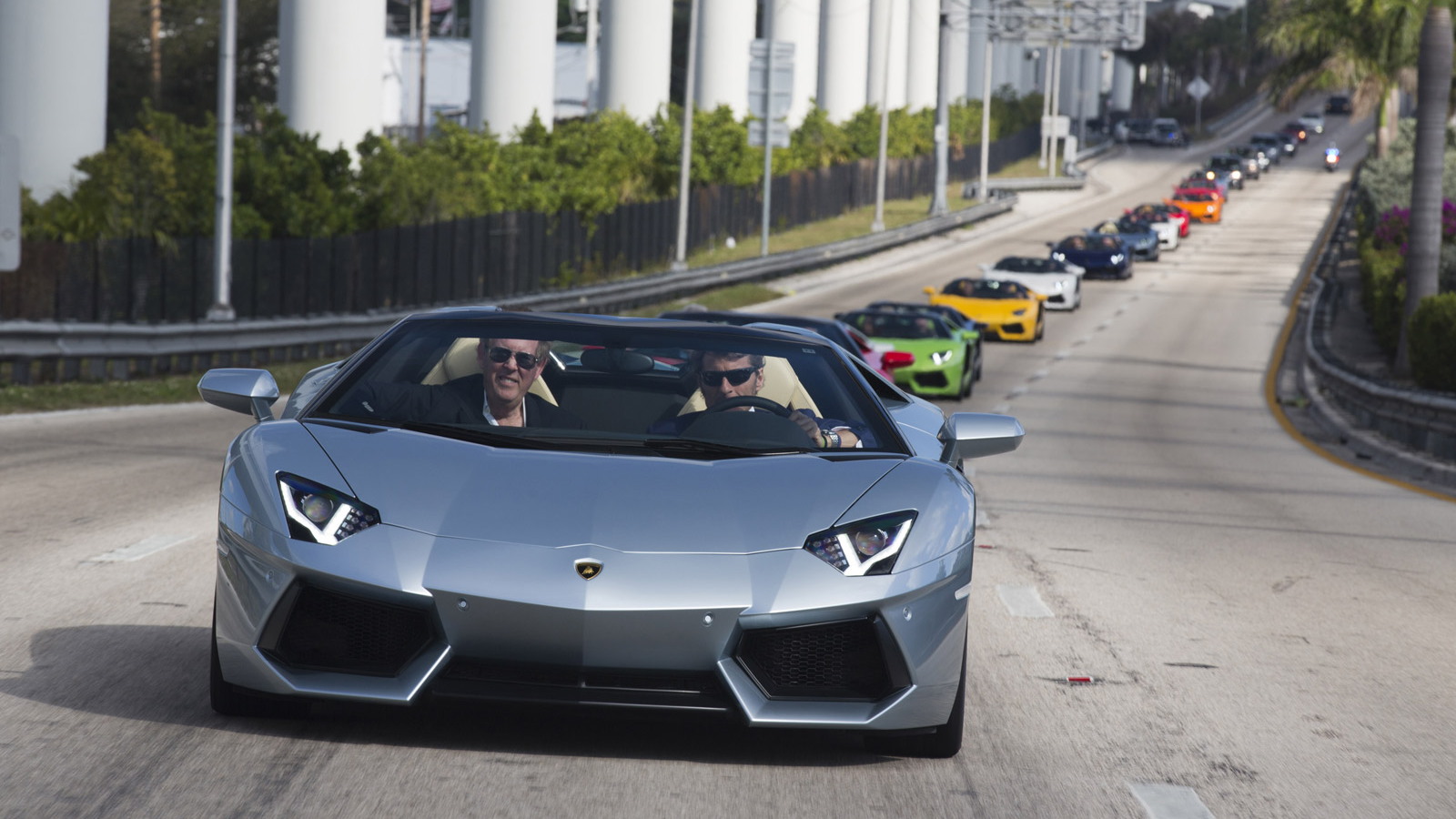 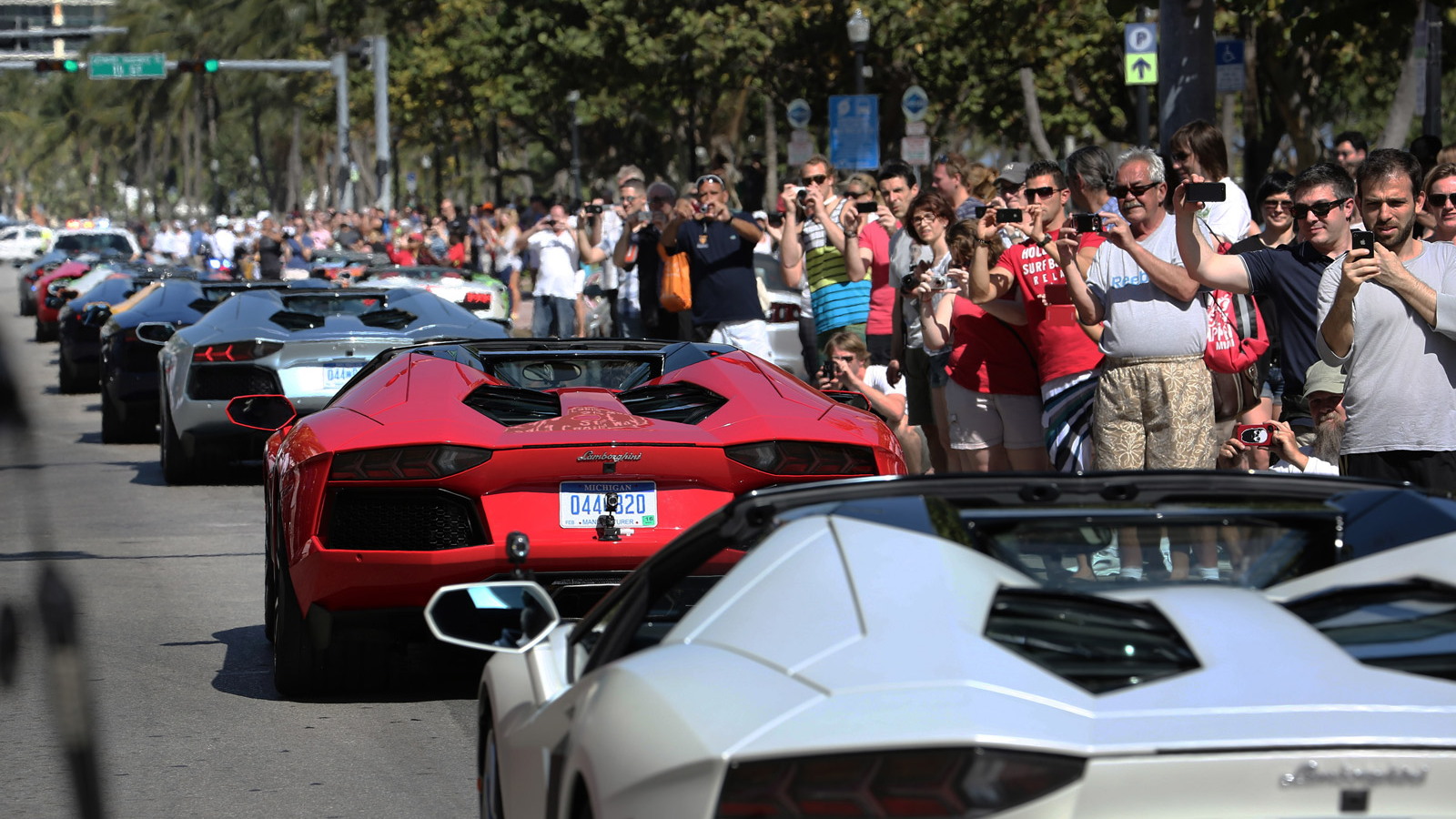 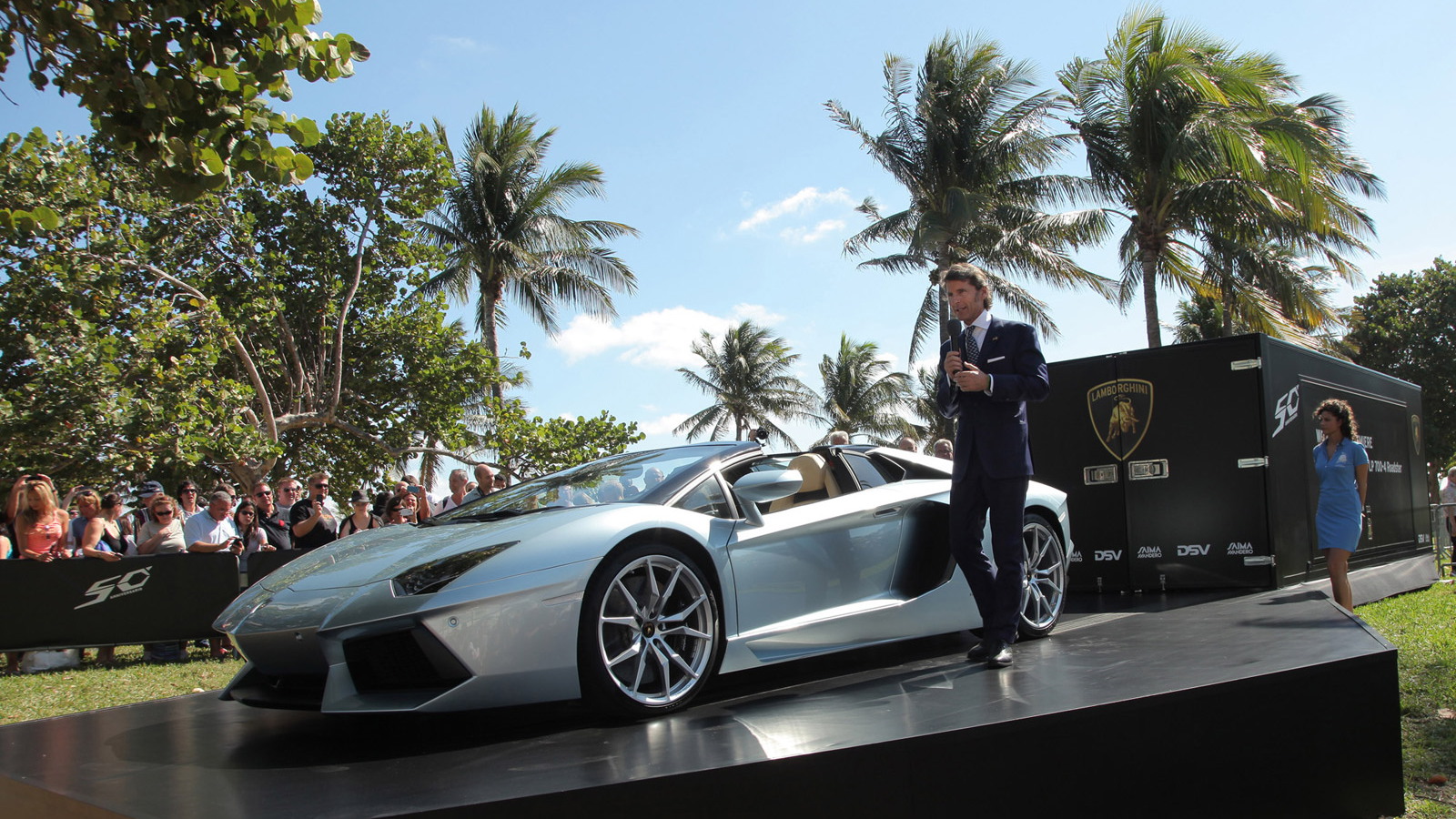 4
photos
This year is Lamborghini’s 50th, so the Italian sports car manufacturer is celebrating the anniversary in a fashion that only it could: by storming a runway at Miami International Airport using five of its latest Aventador LP 700-4 Roadsters.

After receiving special authorization from the Federal Aviation Administration (F.A.A.) and Miami-Dade County, the five supercars on Monday screamed across the runway at speeds of up to 210 mph--7 mph short of their top speed.

With the passenger jets that normally use the airport taking off at speeds between 150 and 180 mph, the Aventador Roadster is now the fastest vehicle to have ever driven on the tarmac.

Prior to the high-speed demonstration, the Lamborghinis were joined by an American Airlines Boeing 777 for a quick photo shoot to mark the collaboration between Lamborghini and Boeing in the area of lightweight construction.

Lamborghini is down in Miami for the start of a 10-day launch and dealer education program for the latest addition to its lineup. As part of the celebrations, a parade of 50 Lamborghinis took place in South Beach, with the carbon-infused roadsters leading the way.

The new Aventador LP 700-4 Roadster is the current flagship of the Lamborghini range and features the same 691-horsepower 6.5-liter V-12 engine as the Aventador coupe. The drop-top Lambo features a unique upper section, which extends along newly designed geometric lines from its removable carbon fiber roof to its engine hood.

For the roof, Lamborghini designers have gone with a simple two-piece design that snaps into place. When not in use, the two pieces fit snugly in the car’s front storage compartment.

As mentioned, Lamborghini is celebrating its 50th anniversary in 2013, with the highlight being the 750-mile Grande Giro Lamborghini rally commencing in Italy on May 7. This is the same date which 50 years ago Automobili Lamborghini S.p.A. was incorporated.