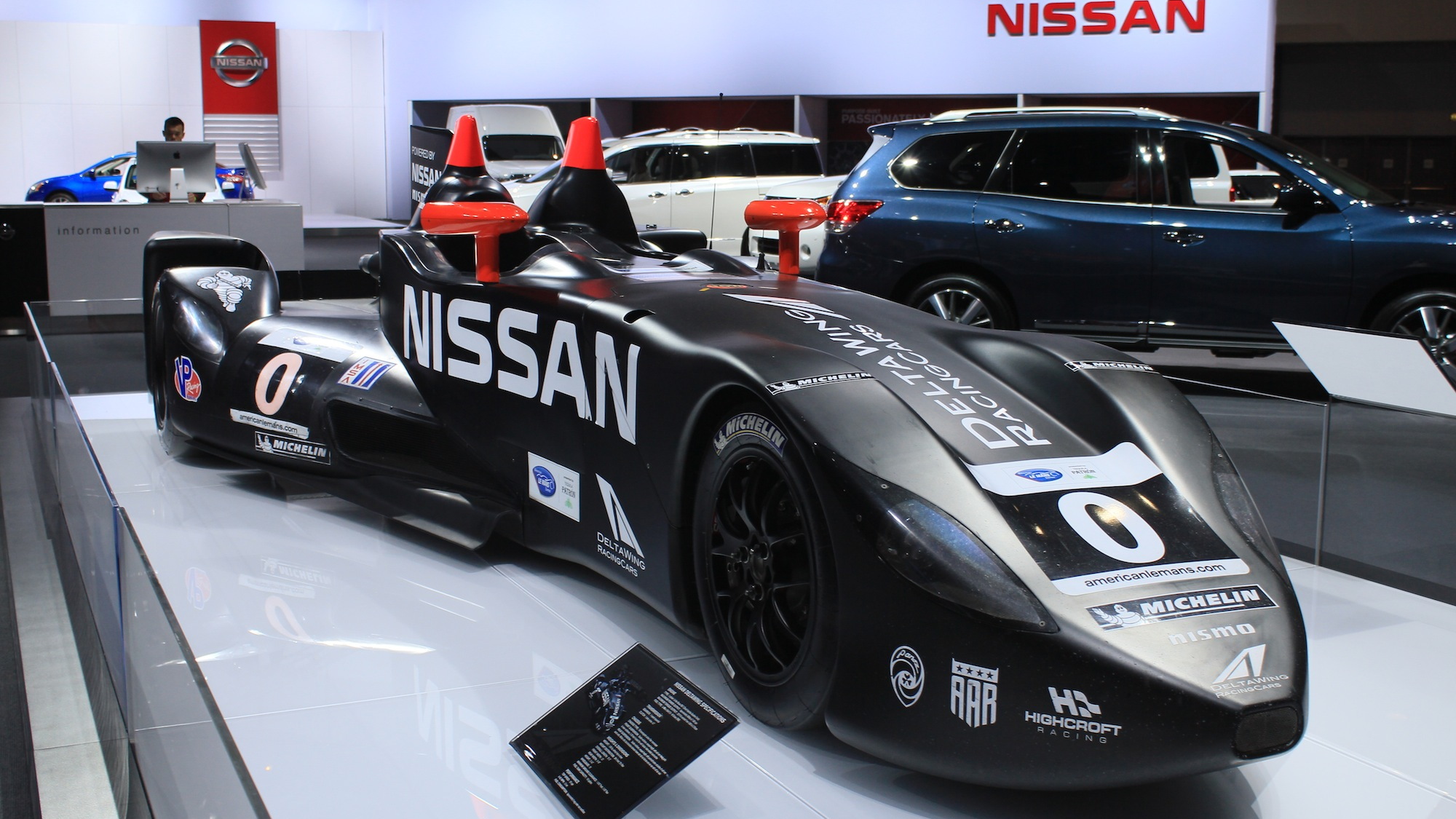 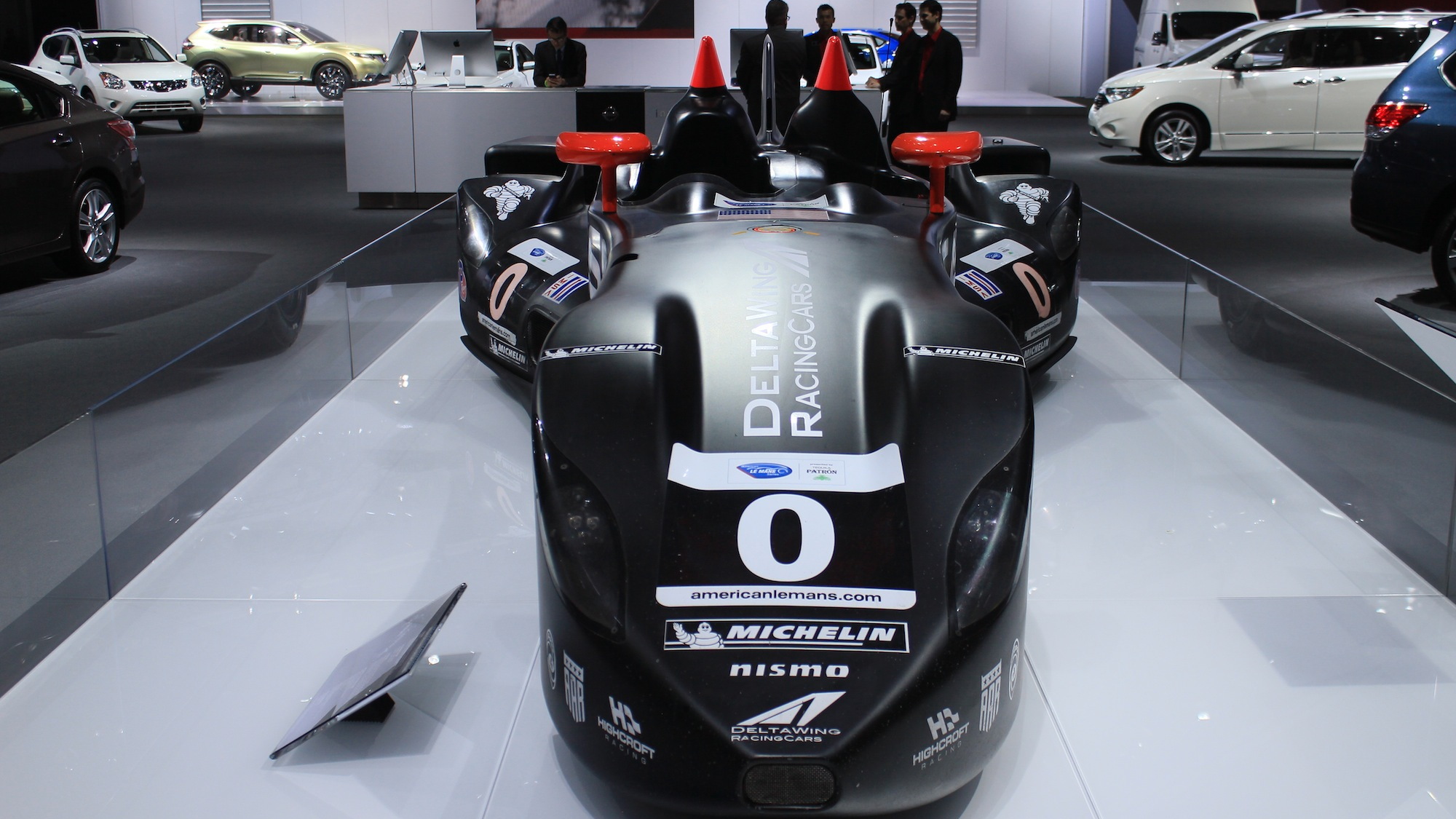 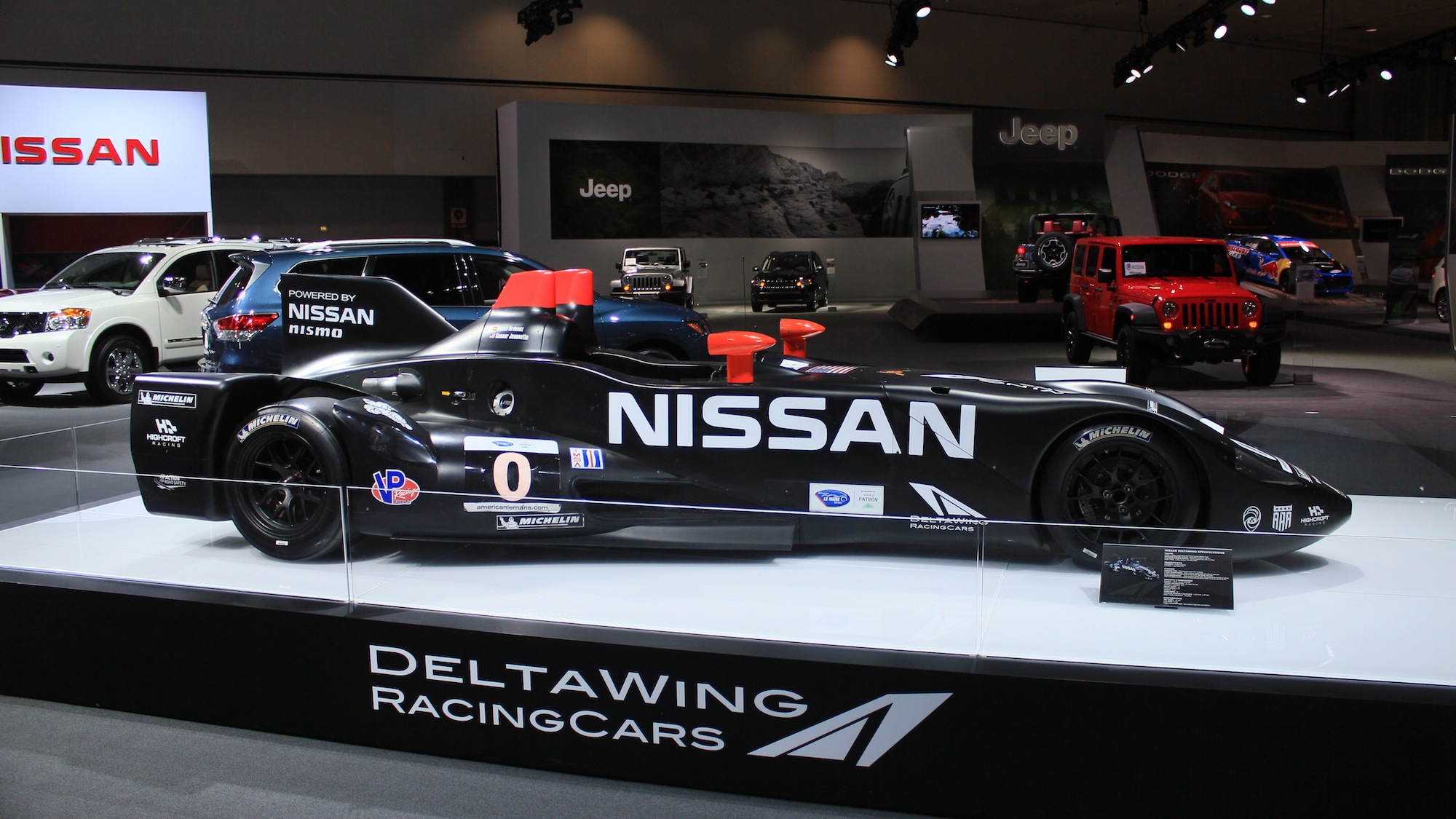 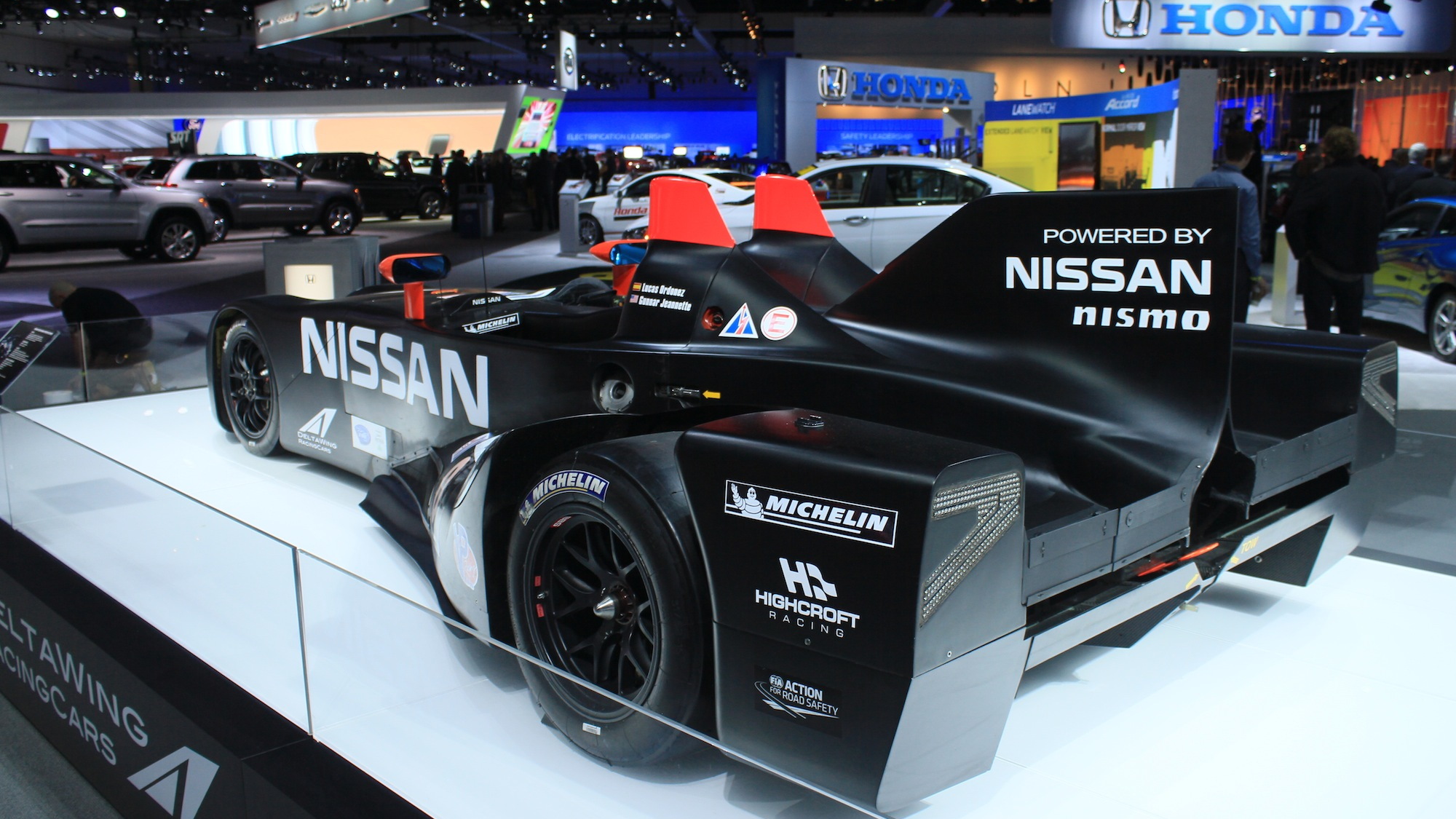 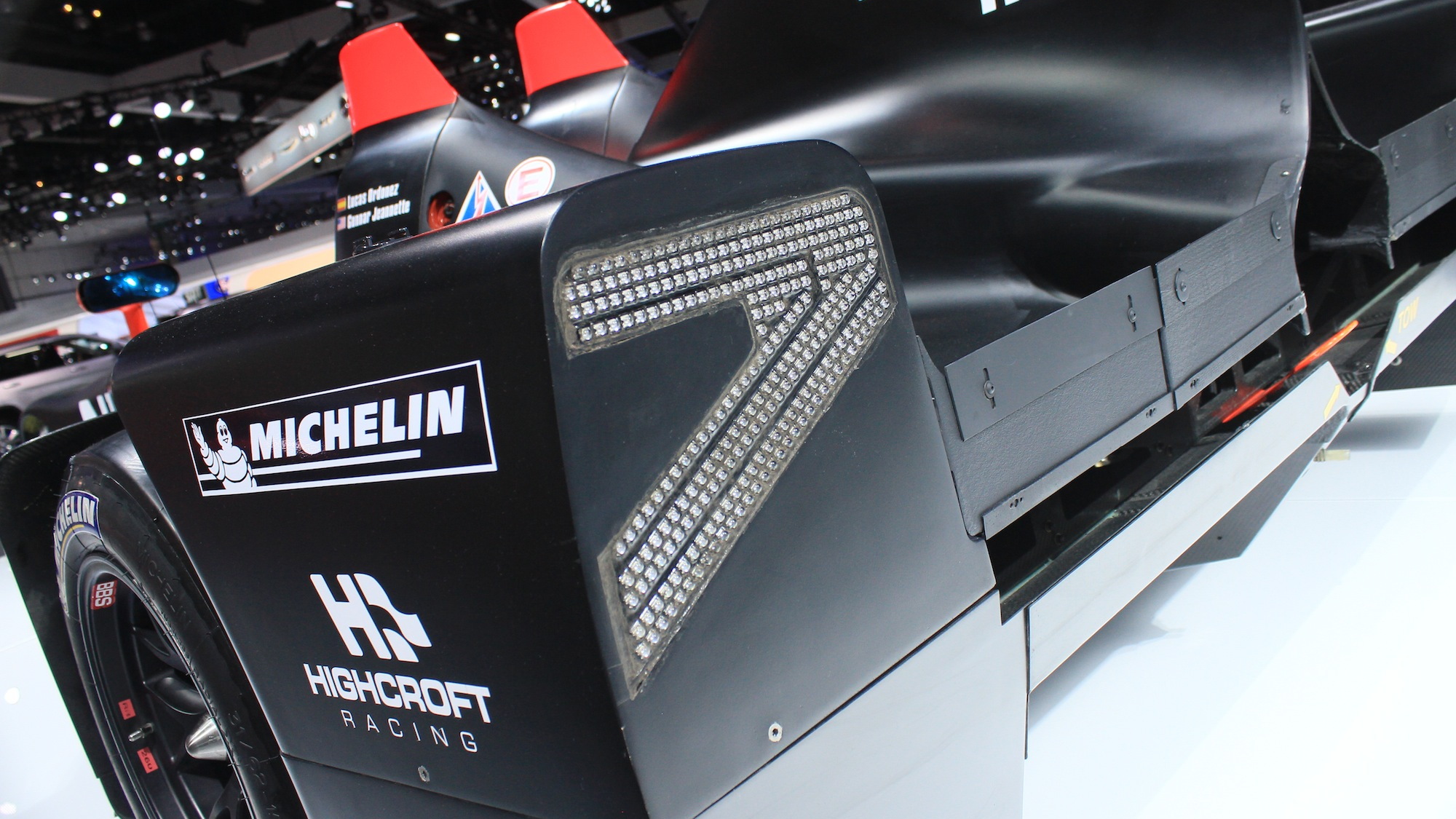 7
photos
Perhaps no other race car in recent years has captured the imagination of fans in quite the same way as the Nissan DeltaWing. Perhaps it’s the car’s futuristic shape, or perhaps it’s the fact that the car is considerably down on horsepower compared to others in the field, yet it remains competitive. We all love an underdog, after all.

The car’s first competition outing, at the 2012 running of the 24 Hours of Le Mans, ended in a collision with one of the Toyota TS030 Hybrid race cars, prompting driver Satoshi Motoyama’s heroic struggle to get the car back on track.

It looked like that would be the end of the DeltaWing’s competition days, until the announcement came that the car would run at the ALMS’ season-ending Petit Le Mans. During a practice session, the DeltaWing collided with a Porsche 911, though the damage was deemed repairable in time for the race.

The Nissan DeltaWing/Highcroft Racing crew spent the night rebuilding the damaged race car, which ultimately went on to place fifth overall in the Petit Le Mans, a remarkable achievement for a the car’s first full competition outing.

The DeltaWing has a future in motorsports, too, as it’s been approved for ALMS competition in 2013, and will be approved when the series merges with Grand-Am in 2014. It’s been proposed as a new chassis for IndyLights, too, although we suppose that’s a bit of a long shot.

We caught the car in the photos above at this week’s 2012 Los Angeles Auto Show, and we have to say it looks remarkably well preserved given its less-than-charmed life to date.