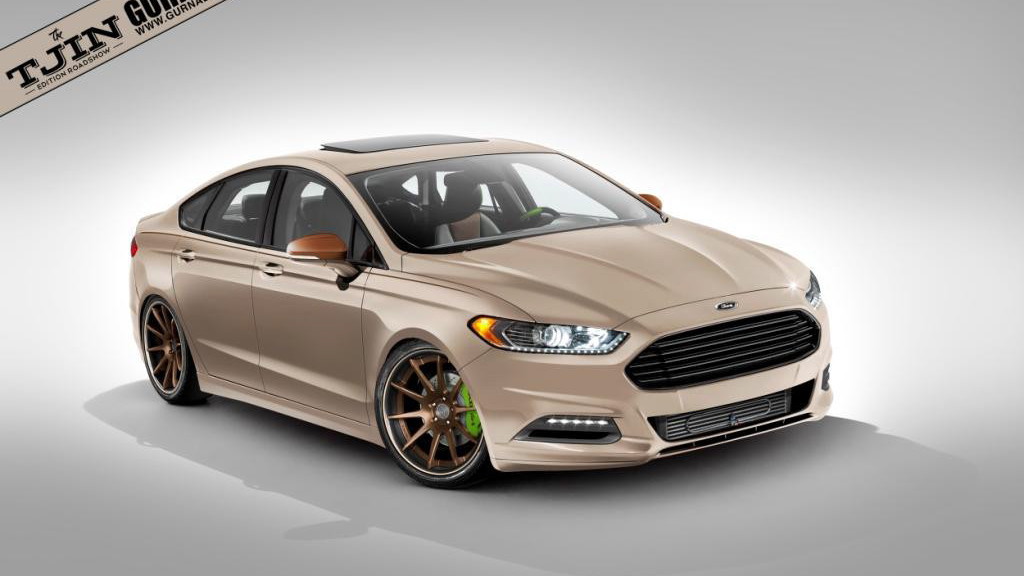 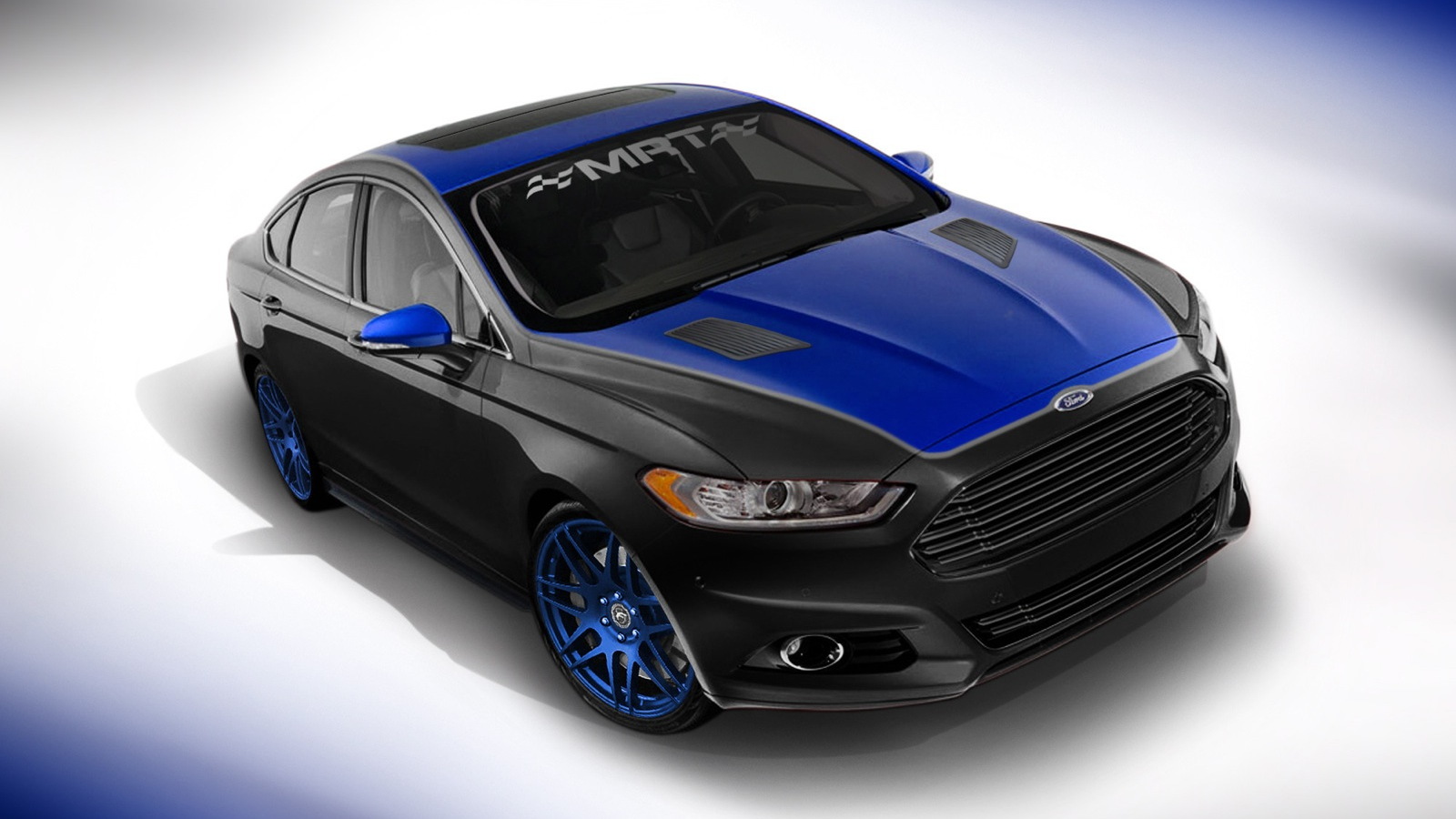 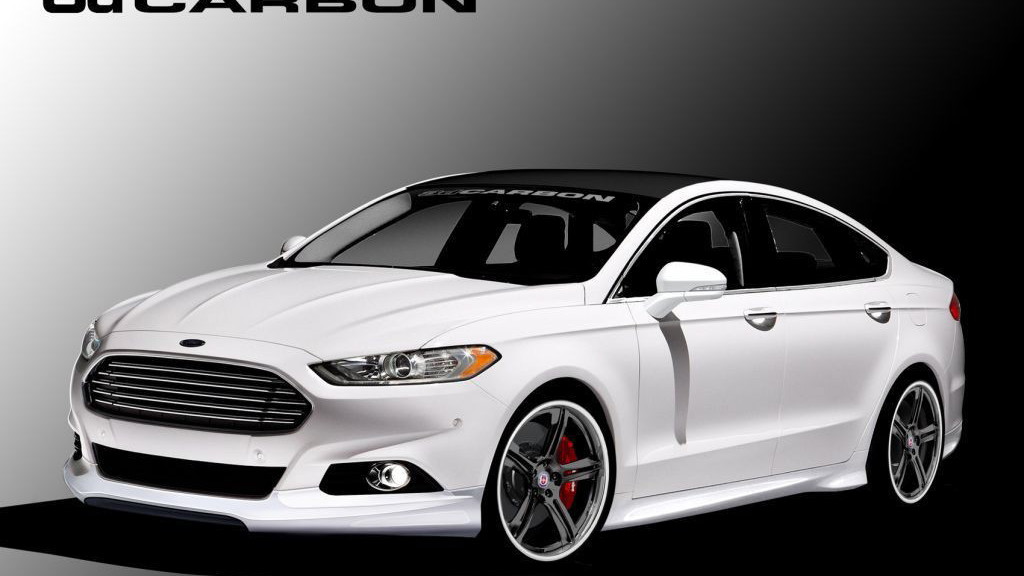 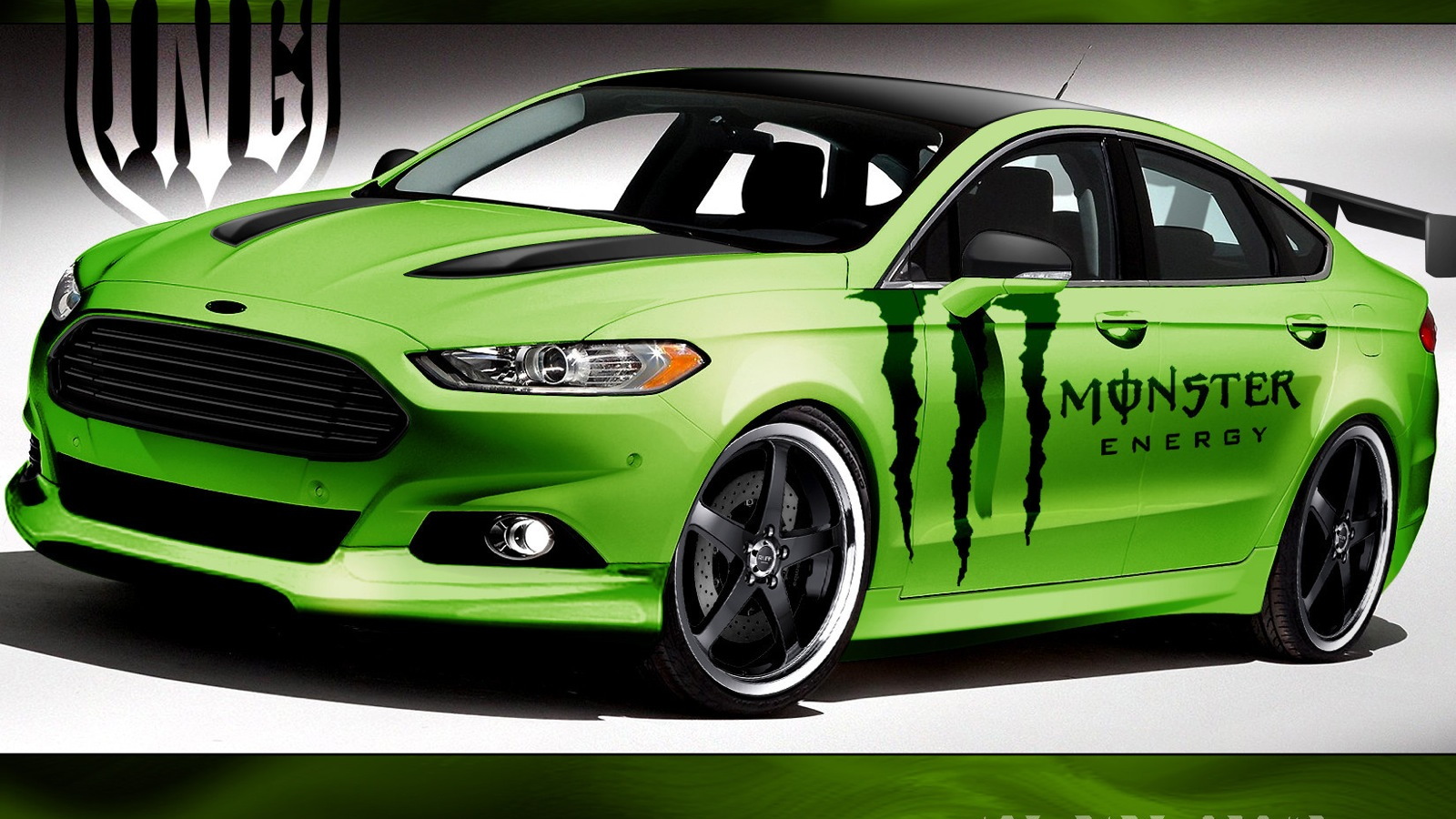 4
photos
When Ford showed us its Evos concept in the summer of 2011, we immediately said “build it.” J Mays, Ford’s head of design said, “sorry, not going to happen - but don’t be surprised when a new model comes to market with many of the Evos’ design cues.”

That model, as it turns out, is Ford’s 2013 Fusion sedan. Straight from the dealer showroom the new Fusion is a good looking car, and we suspect that Ford will have no trouble at all in moving inventory.

Ford also wants enthusiasts to know that the new Fusion is a blank canvas, waiting for both buyers and tuners to work their magic. To demonstrate this, Ford will be showing four tuned Fusion models at this year’s SEMA show.

First up is the 2013 Fusion 2.0-liter EcoBoost with a six-speed Select-Shift automatic transmission and AWD, built by Tjin Edition. While the beige paint is a bit unusual for a show car, the Tjin Edition also gets a new front lip, custom sunroof, new headlights and new fog lights.

Inside, seats are wrapped in Katzkin leather and the audio is upgraded by Scosche. Under the hood, the Tjin edition gets a Unique Fabrication turbo upgrade and a side-exit Magnaflow exhaust. A Pedders coil-over suspension, Baer big brake kit and 21-inch iForged wheels shod with Falken tires complete the build.

Next is the same car, built by MRT Performance. The MRT Fusion gets a two-tone black and blue paint scheme, complete with blue-anodized wheels. MRT isn’t saying exactly what else it’s changed, but we know it’s used an Eco-Flow exhaust and we can tell that the ride height has been dropped.

The third 2.0-liter EcoBoost AWD Fusion is built by 3dCarbon - Air Design to have a Euro look. We like the tasteful 3dCarbon body kit and don’t mind the choice of five-spoke wheels, but we’d have gone for a bolder color than white and we’d have liked to see some performance upgrades to match the car’s looks.

Finally, Ice Nine Group has chosen to build a front-wheel-drive Fusion, equipped with the 1.6-liter EcoBoost engine and a six-speed manual gearbox. Ice Nine says its car is inspired by the V8 Supercar Series, and will come with “road race styling and performance for the street.”

We like the fact that Ford is promoting its mainstream sedan to the tuner market, and think that the new Fusion has a lot of potential for customization.

Also making an appearance at this year's SEMA show will be the High Gear Mustang, which was the design chosen for the SEMA Mustang Build Powered By Women project.

We’ll bring you more details on Ford's SEMA show cars as part of our SEMA 2012 coverage.