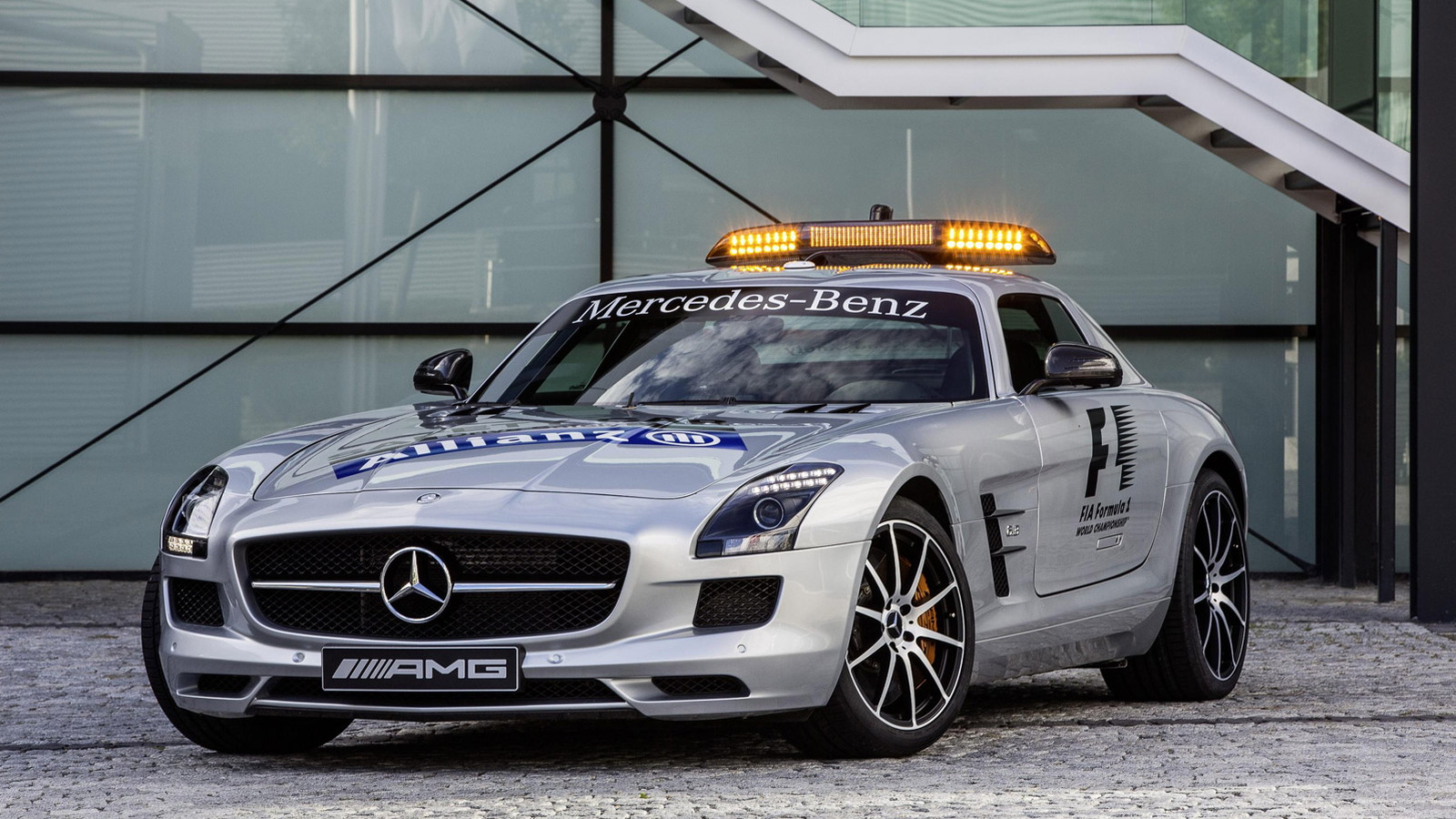 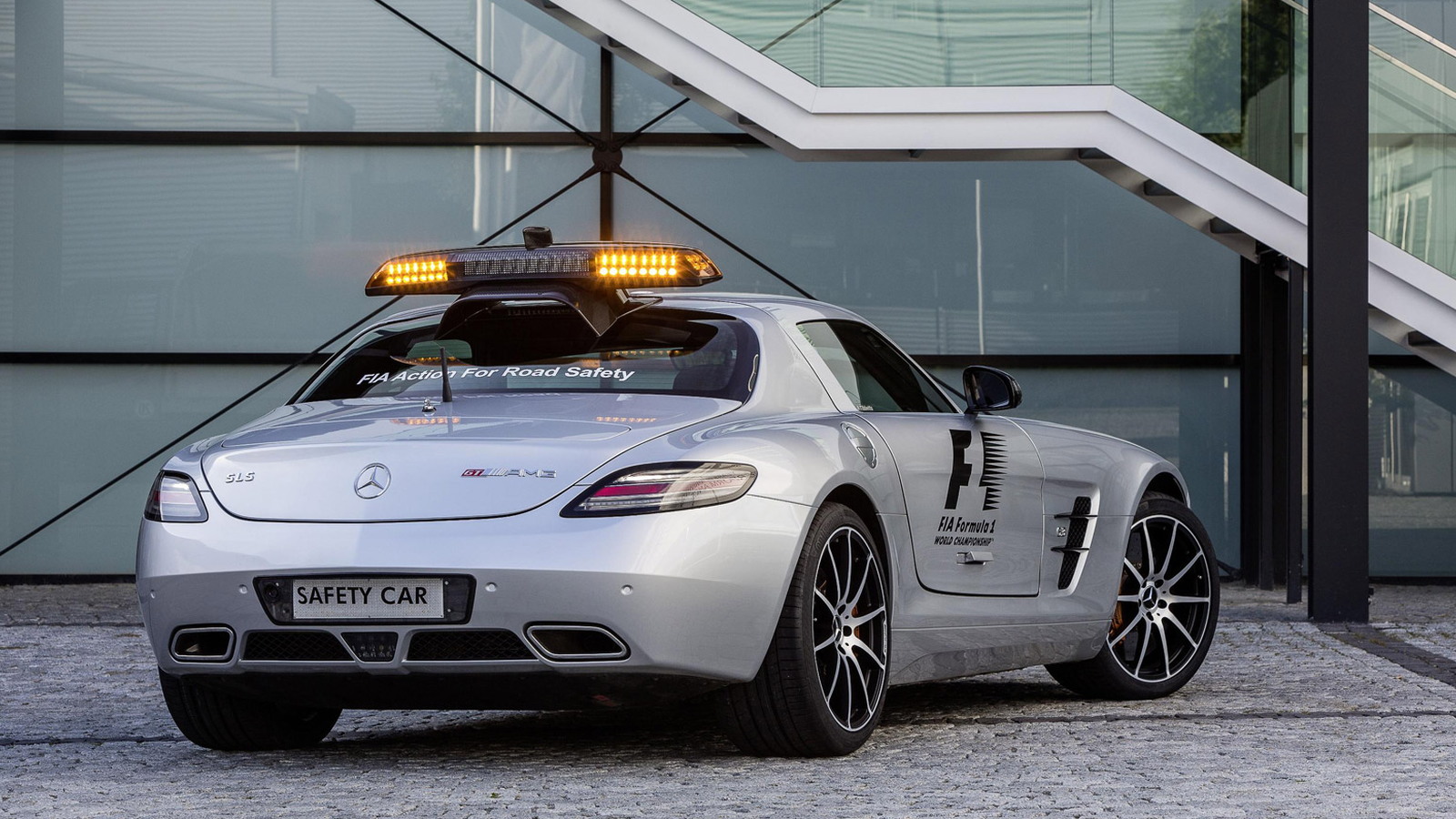 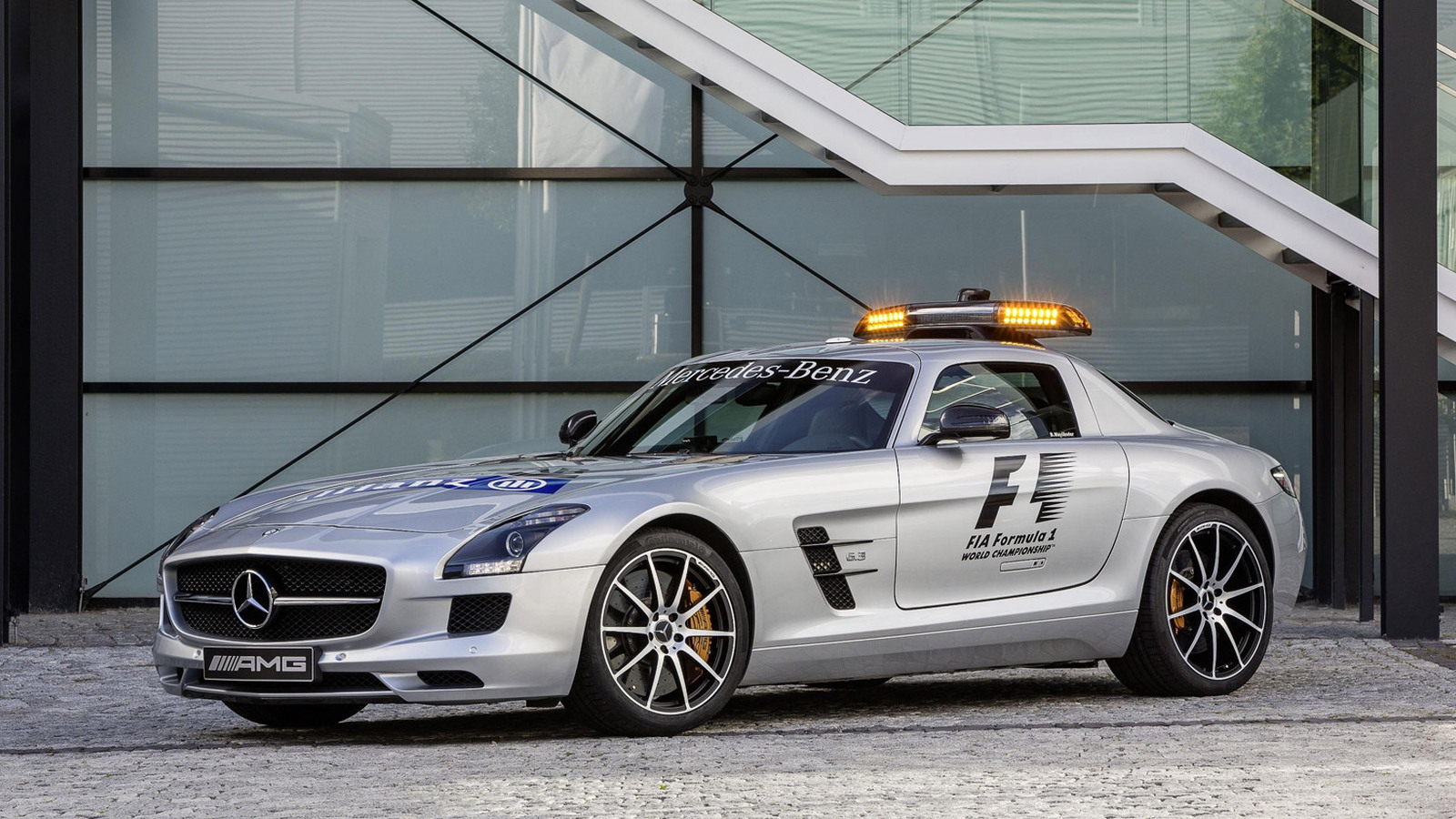 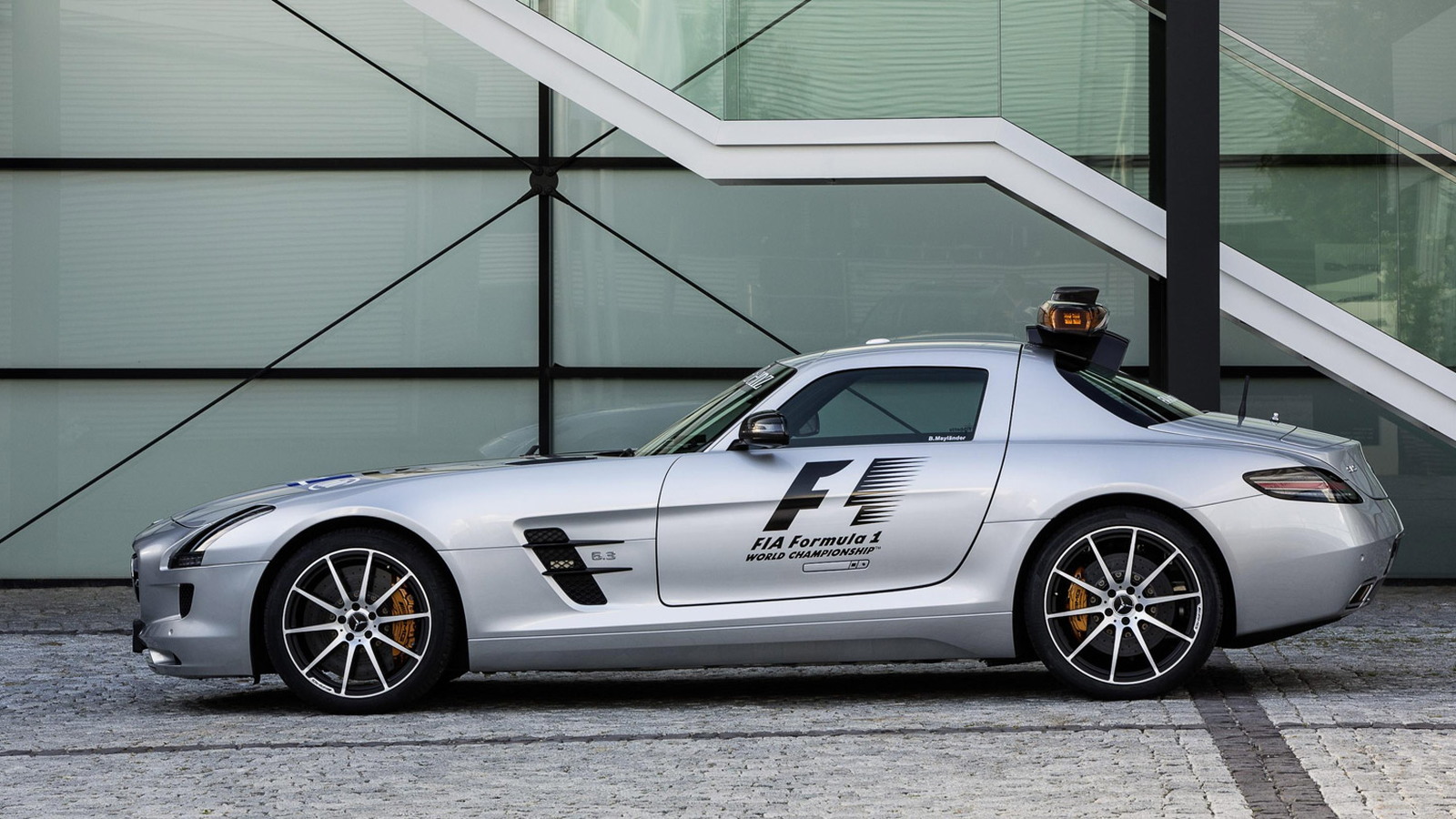 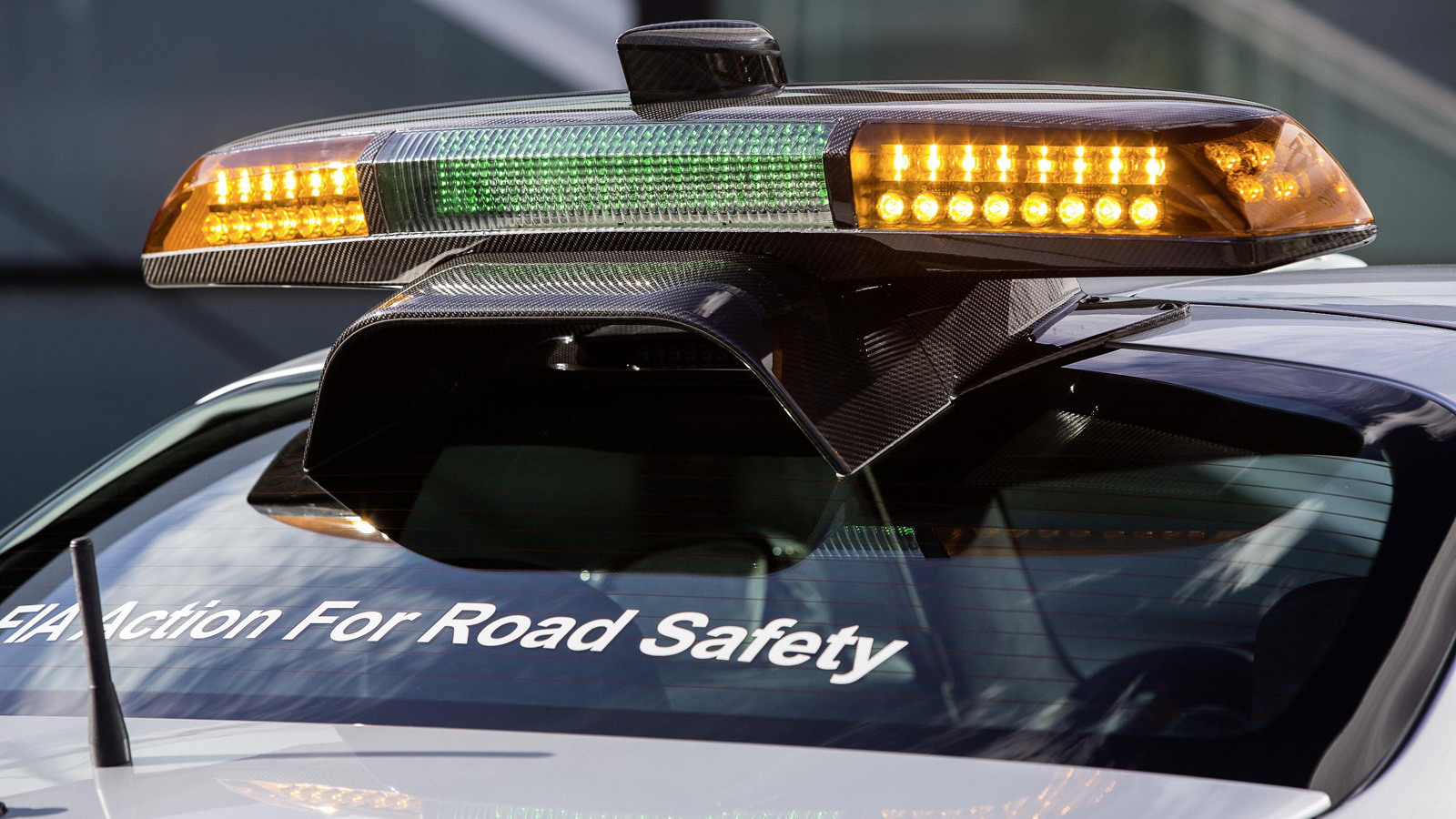 6
photos
The regular Mercedes-Benz SLS AMG has proven to be more than capable of being the official safety car in Formula 1, but nevertheless a more potent model is set to take over the role from this weekend’s Singapore Grand Prix onwards. That more potent model is the SLS AMG GT, which gets a bit more power to play with along with a host of other upgrades.

While the regular SLS AMG makes do with 571 horsepower, the GT model gets a 583-horsepower rating. In addition to this, the car also benefits from faster gear shifts from the seven-speed AMG SPEEDSHIFT dual-clutch transmission, as well as the latest AMG RIDE CONTROL electronically-adjustable suspension damping system.

As always, the main role of the F1 safety car is to help ensure maximum safety for the field of drivers is maintained in extreme situations. As soon as Race Control considers that the safe progress of the race may be impeded, such as during poor weather or if there’s a crash, it sends the safety car out.

Behind the wheel of the F1 safety car will be Bernd Mayländer, who has been pacing F1 races since 2000 and recently took the new SLS AMG GT out on a track. With a 0-60 mph time of 3.6 seconds and top speed of 197 mph, it’s easy to see why he considers the SLS AMG GT to be the best safety car he’s ever driven.

Because F1 cars often need to maintain a certain pace so that their tires and engine stay at optimal conditions, it’s crucial the F1 safety car is a competent track performer. Given its specs, we think the SLS AMG GT will have no trouble keeping things under control at the remaining grands prix.

Mercedes-Benz and its performance partner AMG have had extensive experience in the design, development and deployment of official F1 safety cars over the years. Its first was the C36 AMG, which paced things during the 1996 F1 season.

As for sales of the new SLS AMG GT, in the U.S., the SLS AMG will come exclusively in the new GT trim for 2013. First sales are scheduled to start in November.