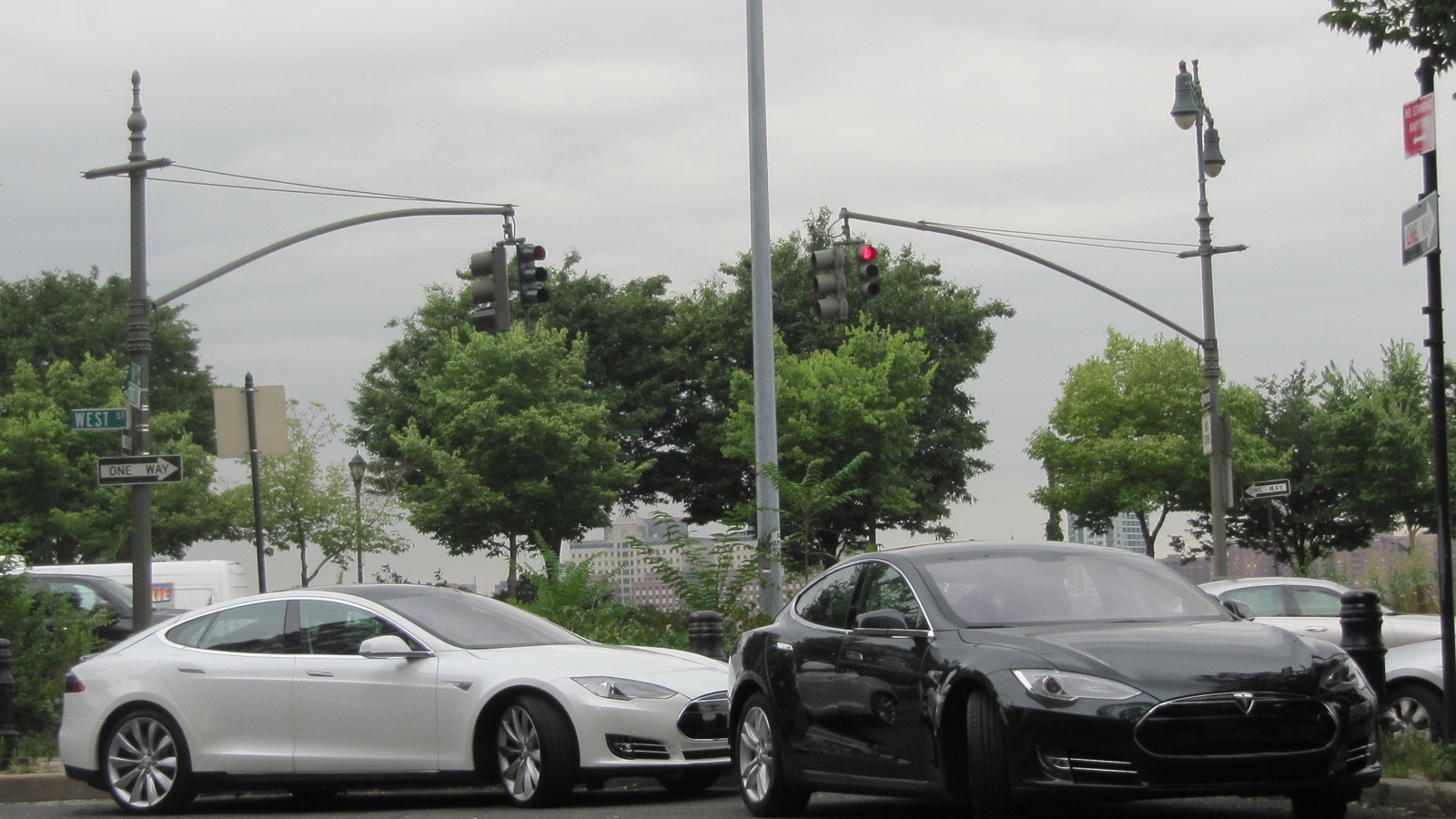 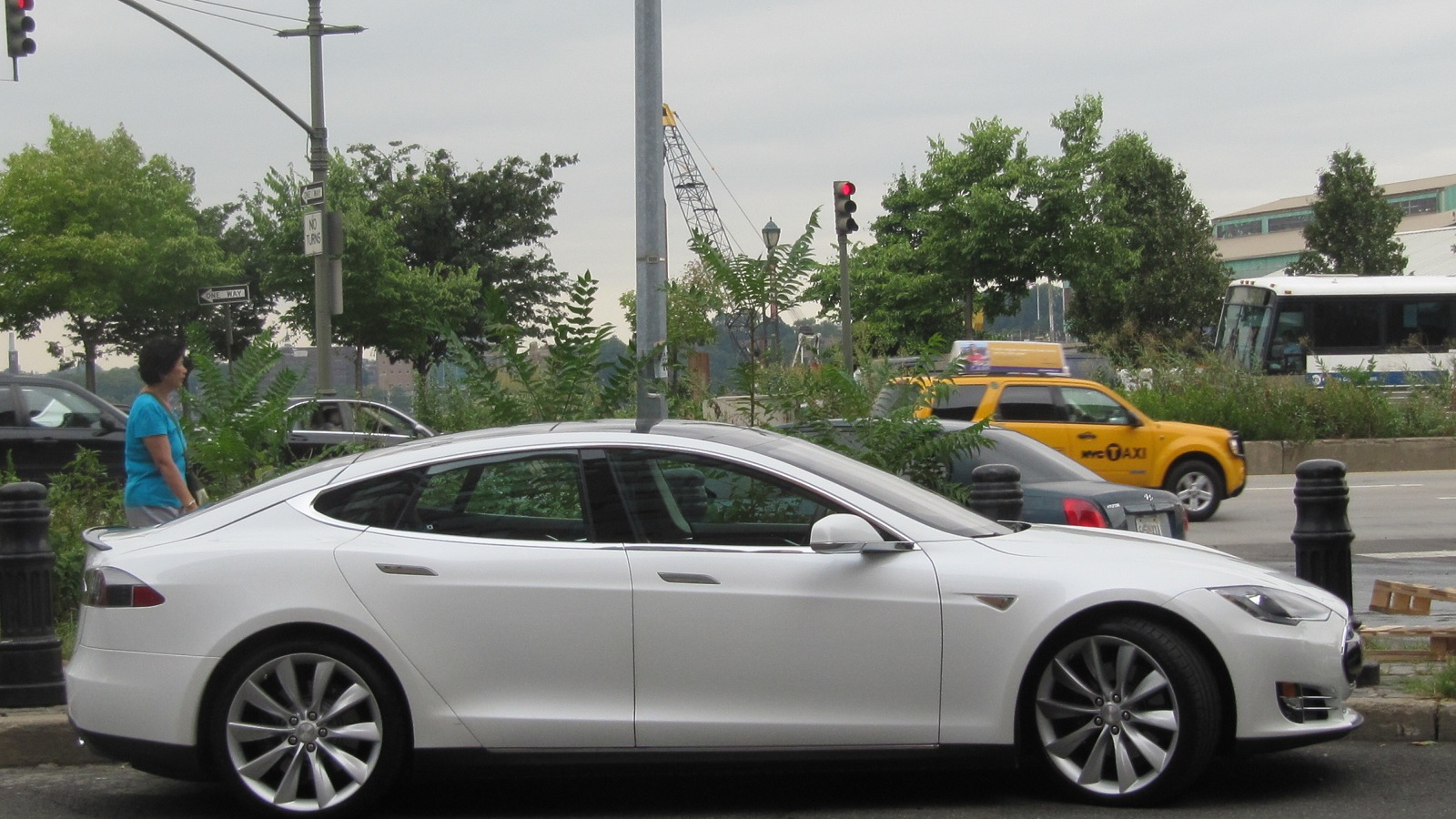 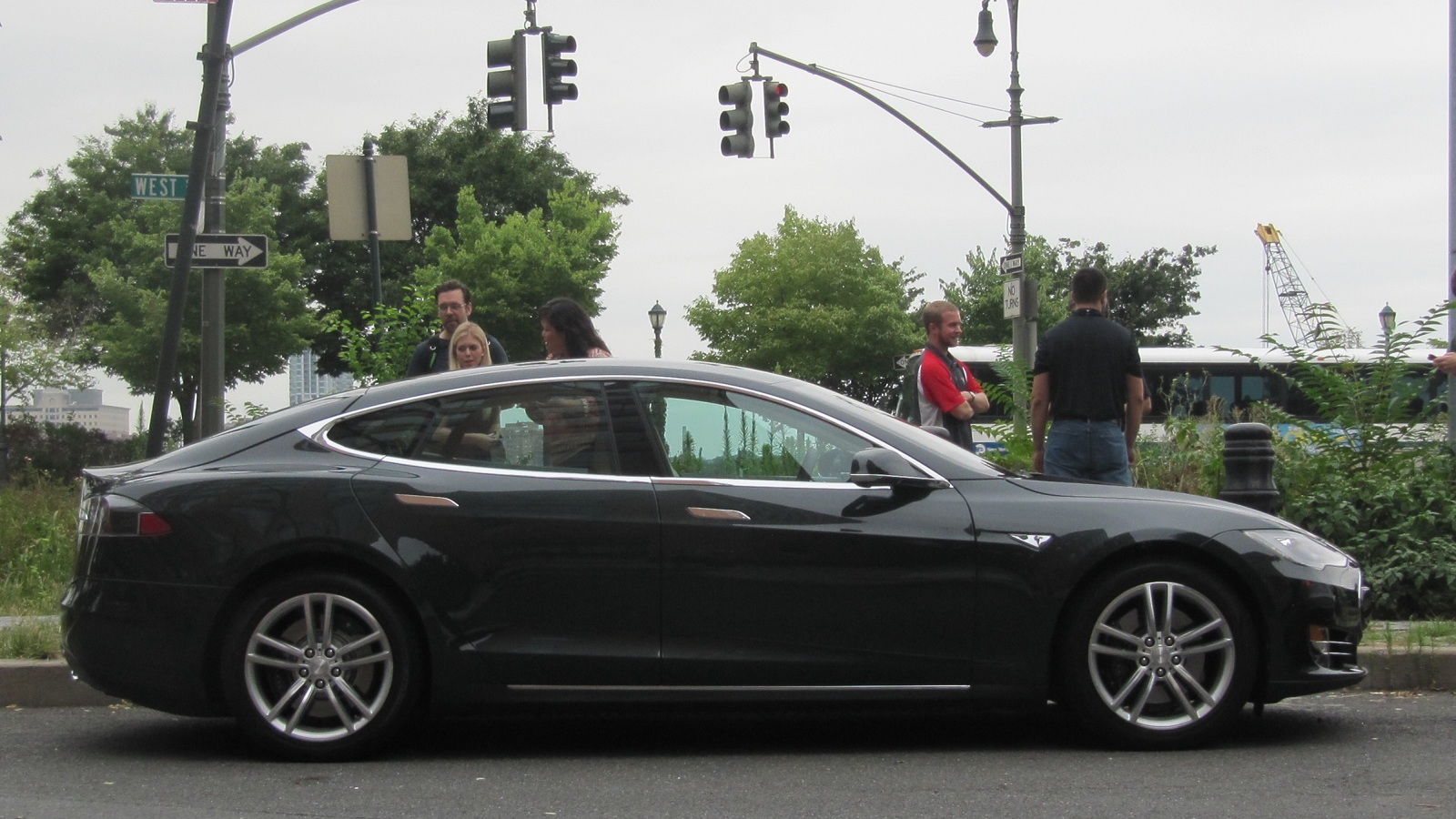 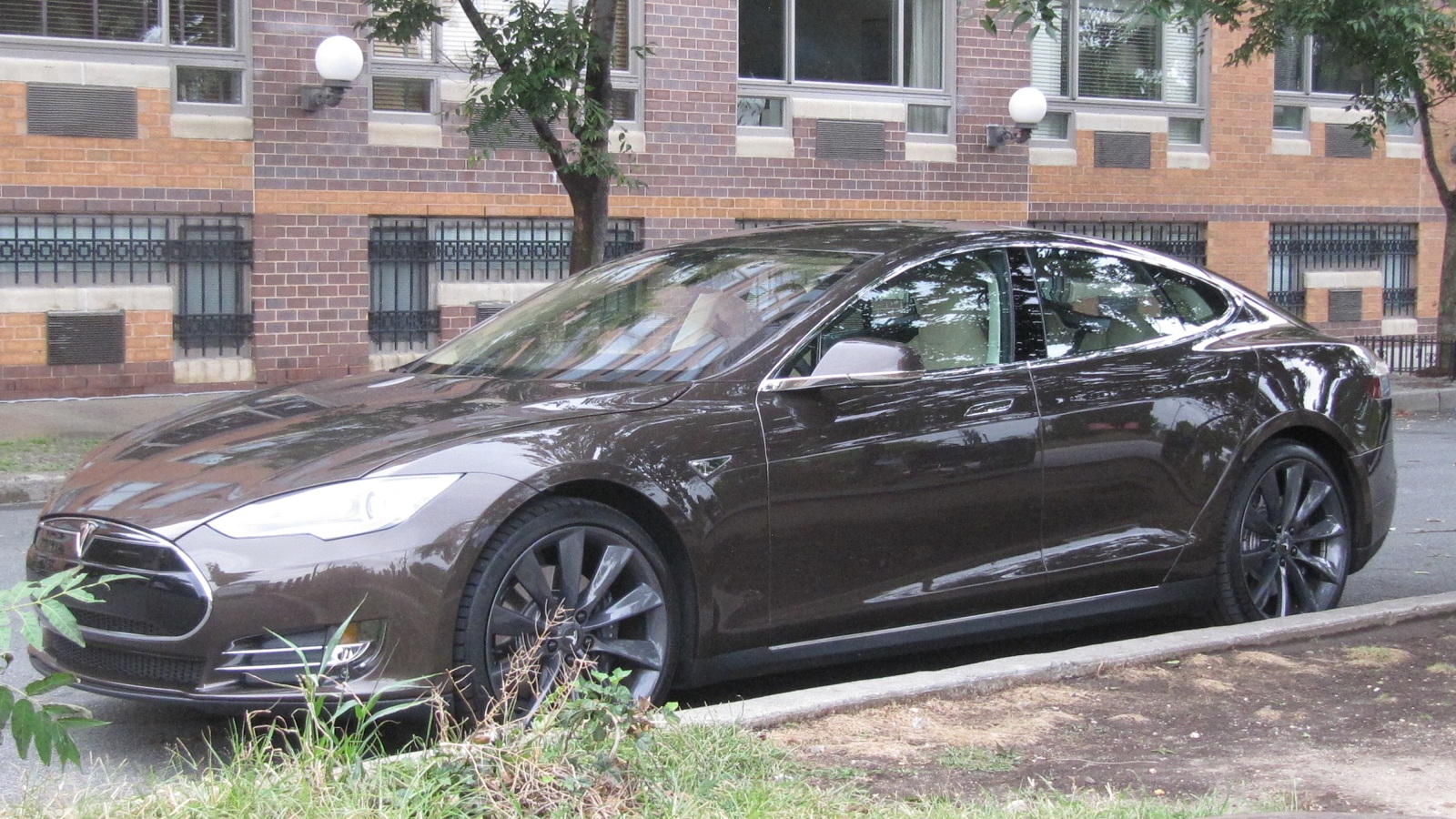 16
photos
Easily one of the most anticipated cars of the year, if not the decade, the new 2012 Tesla Model S is in very hot demand, so getting a chance to drive one has been next to impossible.

Even those fortunate enough to be given some time behind the wheel have only been allowed to drive the thing for around 10 minutes, though our colleague John Voelcker who recently took a Model S for a spin on the busy streets of New York City got 20 minutes and was able to ride along as a passenger as well for around double that time.

Read the full report over at Green Car Reports.

The test car was the limited-edition ‘Signature Series Performance’ model, which features the Model S’ biggest battery, an 85 kWh unit, as well as its most powerful motor, rated at 416 horsepower and 443 pound-feet of torque.

It also packs the most luxury, yet accelerates from 0-60 mph in just 4.4 seconds, which is about as fast as a BMW M5 or Mercedes-Benz E63 AMG. Lower trim Model S sedans are quoted at 5.6 seconds for the 0-60 mph run, which is still faster than most cars in the luxury sedan segment.

Here is a quick breakdown of Voelcker's initial driving impressions.

He found the performance of the Model S to be very addictive and “quietly spectacular.” He said there was no hiding the car’s 4,700-pound curb mass, though it would still surge swiftly and effortlessly away from other vehicles.

The EPA-rated range for this particular Model S trim is 265 miles and an 89-MPGe efficiency rating, which should eliminate any trace of range anxiety for regular daily use (outside of long road trips), but as Voelcker found planting the throttle all the time can virtually halve that range.

To make sure it’s as comfortable as its rivals, if not more so, the Model S gets an air suspension setup. This was found to offer a ride quality that’s firm over small road imperfections, with a little more feedback transmitted than might be expected. Handling of the car inspired confidence, with an obviously low center of gravity, but the Model S was a little heavier-feeling than expected.

Something else unexpected, at least for a Tesla, was very mild regenerative braking, even its highest regenerative mode. Experienced electric-car drivers often prefer "one-pedal driving," planning ahead enough to use solely regenerative braking to slow down almost to a stop. That's not quite as easy in the Model S, Voelcker points out, since its weight gives it more rolling momentum. 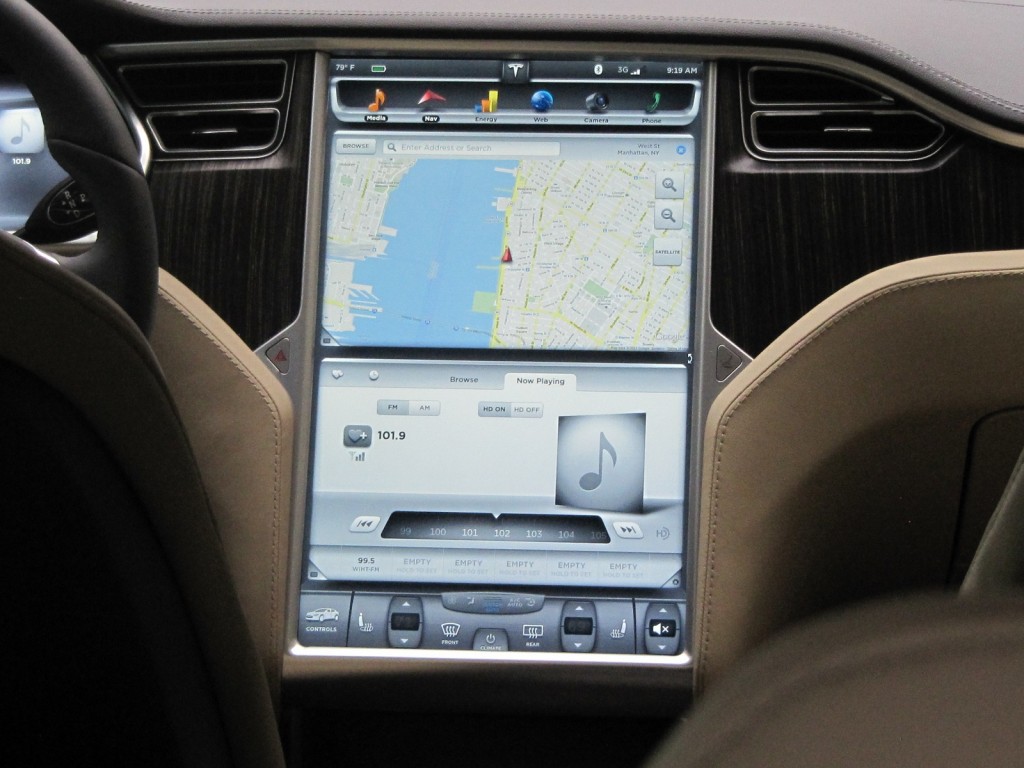 As for the interior, Voelcker found that the giant 17-inch touch-screen based interface put most other systems to shame. “The Mercedes-Benz COMAND system, BMW's notorious iDrive, the mass-market MyFordTouch, and others are instantly outdated and primitive,” he explained.

It wasn’t all good, however. He found that the interior was relatively plain and unadorned overall, once you got over the hype of the car.

Tesla is currently building an initial run of 1,000 Model S Signature Series Performance models after which it plans to start building lower trim examples. The company is taking its time with production to ensure there are no initial quality issues but is adamant it will reach its stated goal of delivering up to 5,000 Model S sedans by the end of the year.

Hopefully we'll be able to bring you our own comprehensive first drive report soon.