BMW’s first Z car, the largely unheard of Z1 roadster, has turned 25 and to mark the anniversary BMW, together with the official BMW Z1 Club, will be out and celebrating.

The club has organized a special tour, the main highlight of which will be a visit to BMW headquarters in Munich, Germany, on Friday.

Throughout the tour, roughly one hundred BMW Z1 models owned by participants from across Europe and the U.S. will be on show and accessible to the public.

It was 25 years ago that BMW first unveiled the Z1 at the 1987 Frankfurt Motor Show, although members of the press were given access to the car one year earlier.

Unfortunately, despite demand being strong for the car upon its initial release, the buzz quickly faded and in the end only 8,000 examples were built before production ceased in 1991. All of these were left-hand drive models except the very last Z1, which was built, largely by hand, with a right-drive configuration.

The Z1 was born from the standalone BMW Forschung und Technik GmbH division, which was originally headed by Ulrich Bez, who would later leave for Porsche and is currently CEO of Aston Martin. The Z in its name comes from the German word for future, Zukunft, due to the car being used to develop several technologies that were new at the time. 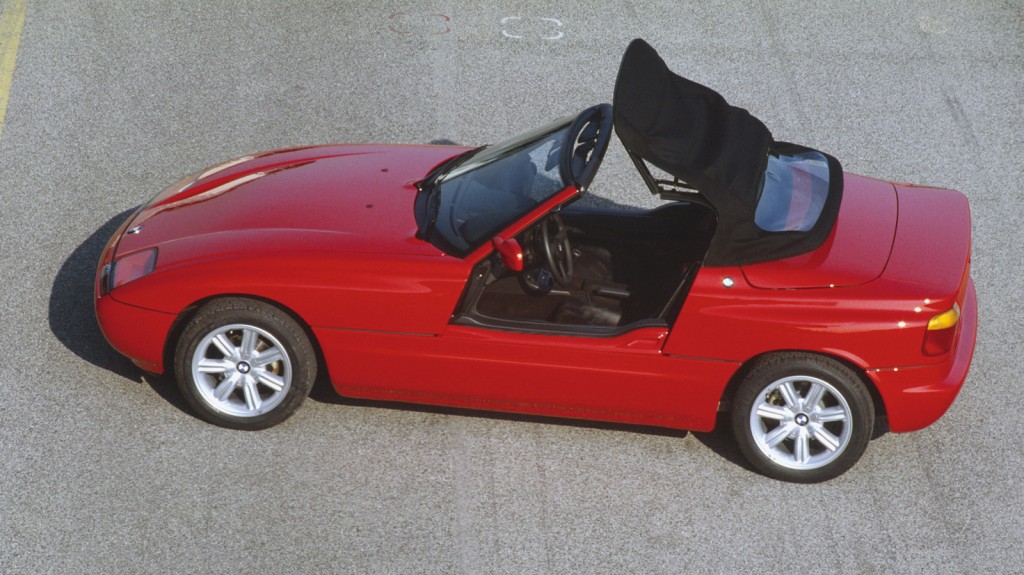 Some of the pioneering features were high-intensity discharge headlights, an integrated roll-bar, and of course, the retracting door mechanism where the door would slide downwards into the side sills. Power came from a straight-six engine that displaced 2.5 liters and produced a reasonable 168 horsepower and 161 pound-feet of torque. Drive was sent strictly to the rear wheels via a five-speed manual.

The majority of BMW Z1 roadsters were sold in Germany but a few did turn up in the U.S., although we're sure most owners will be clinging onto them.