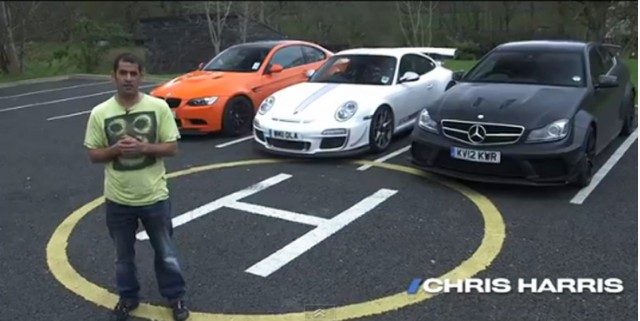 The BMW M3 GTS, Mercedes-Benz C63 AMG Coupe Black Series and Porsche 911 GT3 RS 4.0 are three of the most capable sports cars on the planet.

It should come as no surprise then that they are three of the most sought-after cars too, with the M3 GTS being particularly special since so few of them were built.

Considering the effort gone into developing each of them, not to mention their halo status among their three respective brands, it would be hard to find fault with any of them.

If anyone can compare and contrast them, however, it’s British journo and avid racer Chris Harris who tested all three of them back-to-back on an epic journey across the north of Wales. It should be noted that Harris previously owned an M3 and is now the proud owner of a 911 GT3 RS 4.0, the example used in this camparo.

We’re sure everyone will have their own favorite, but at the end of the day there can be only one winner. Go ahead and hit play to find out which car it was.