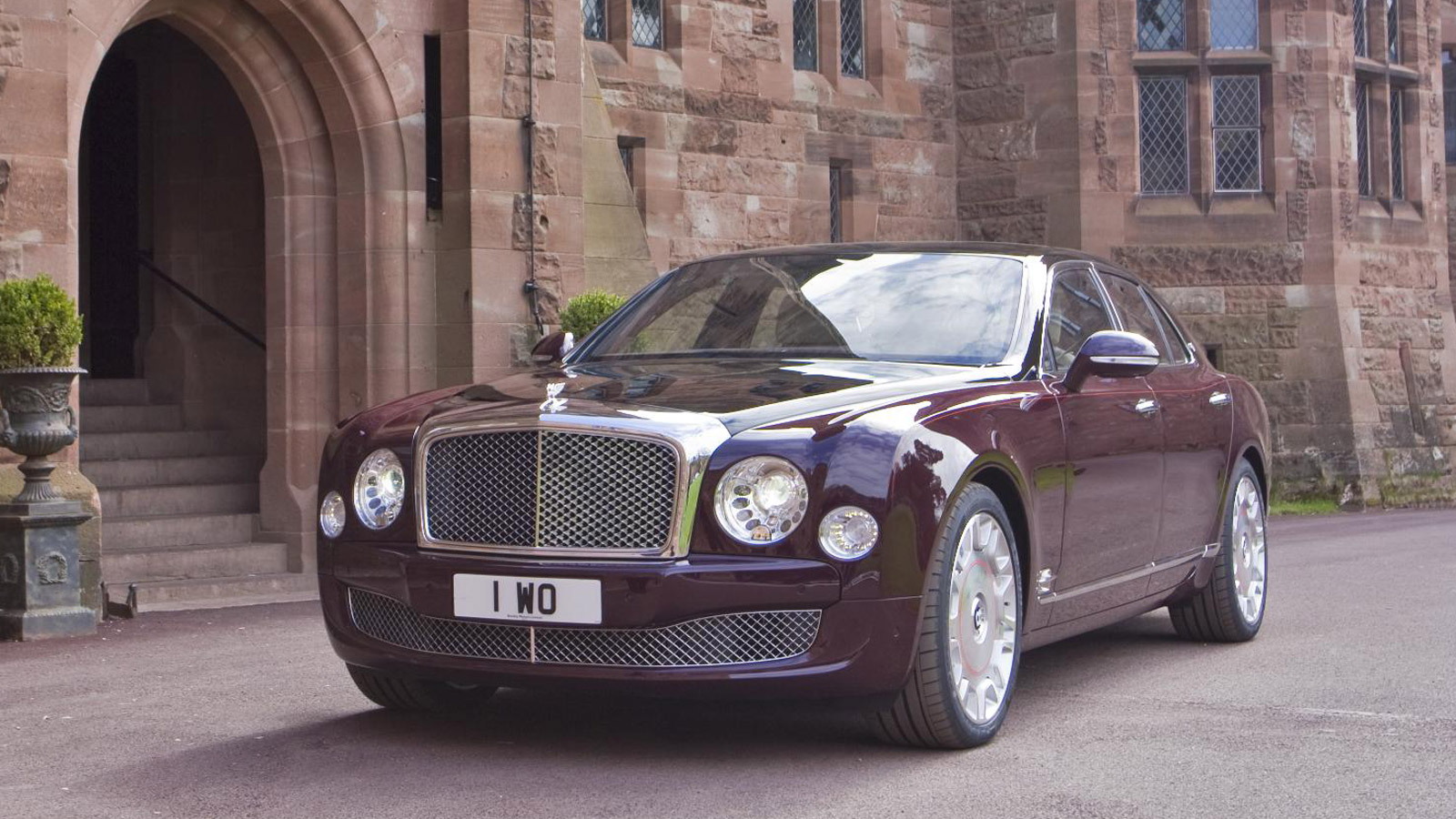 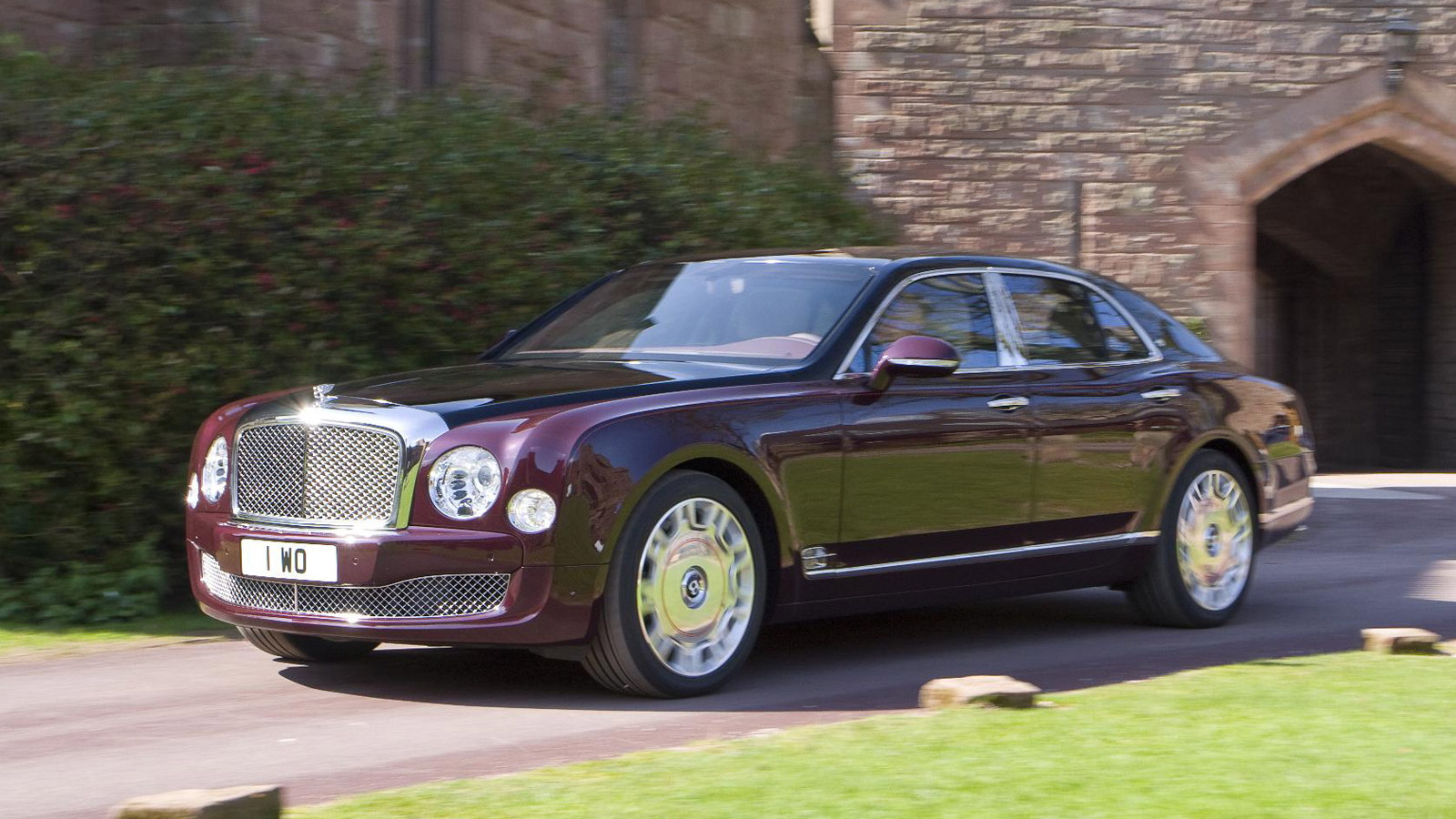 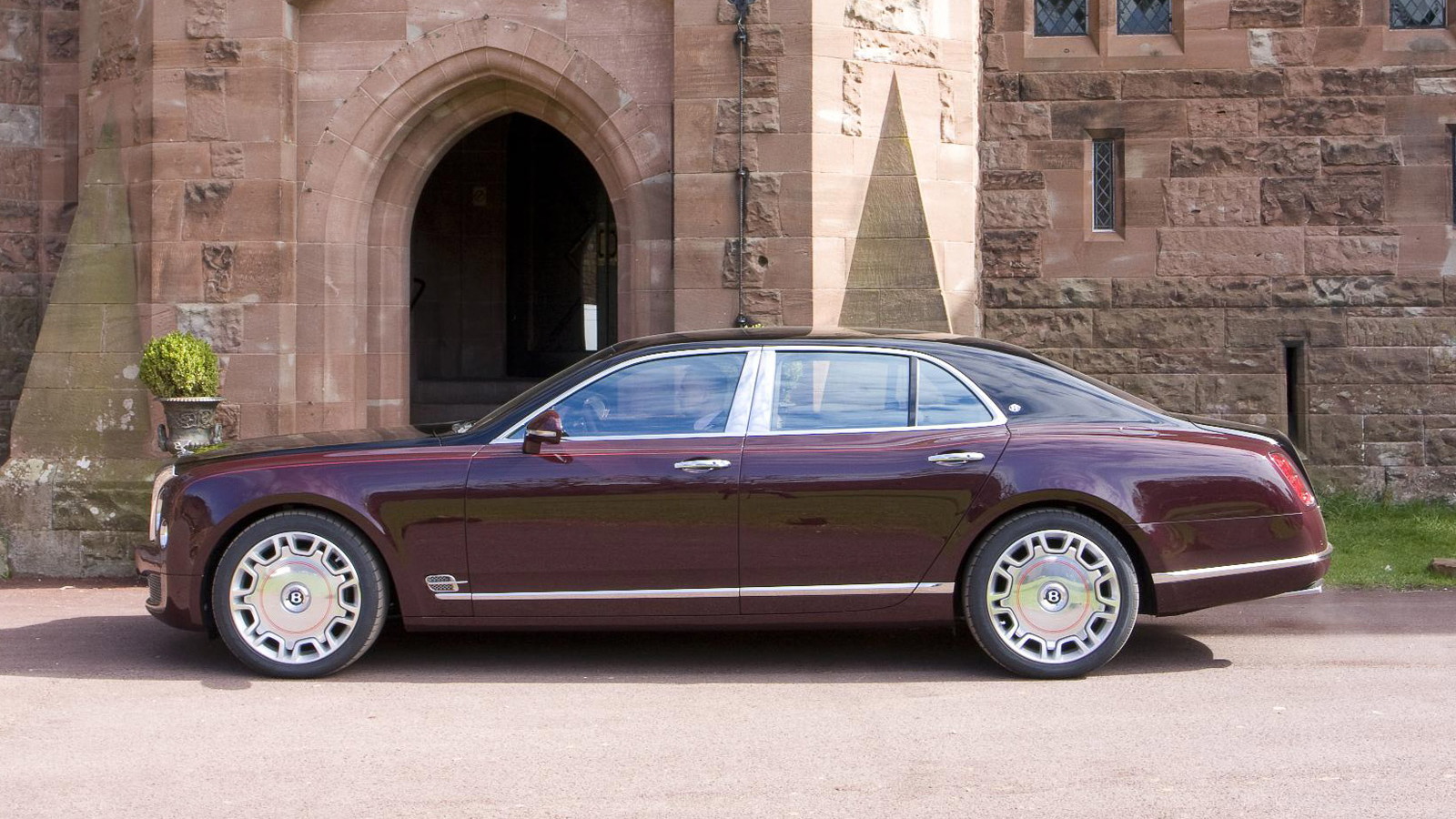 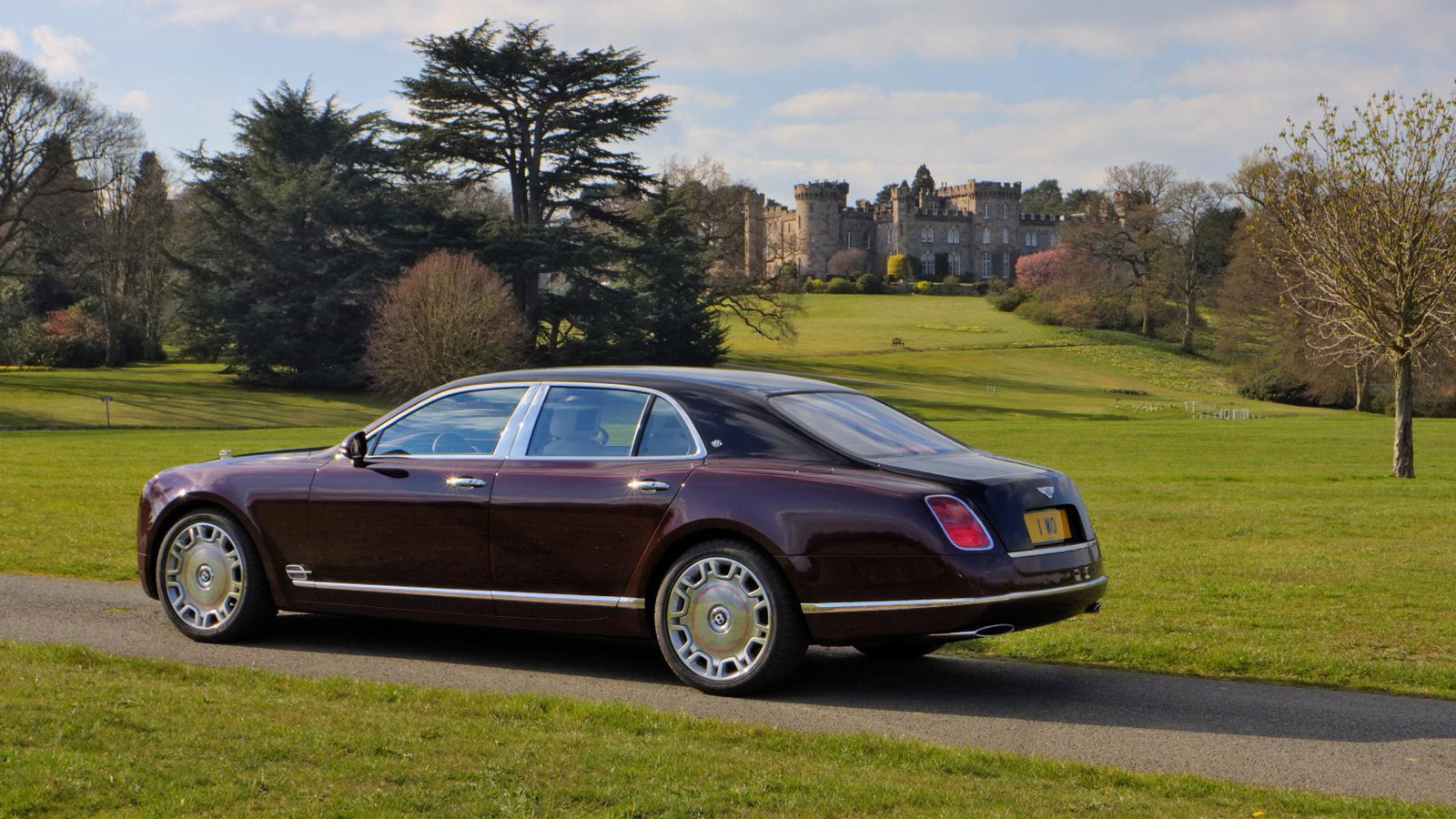 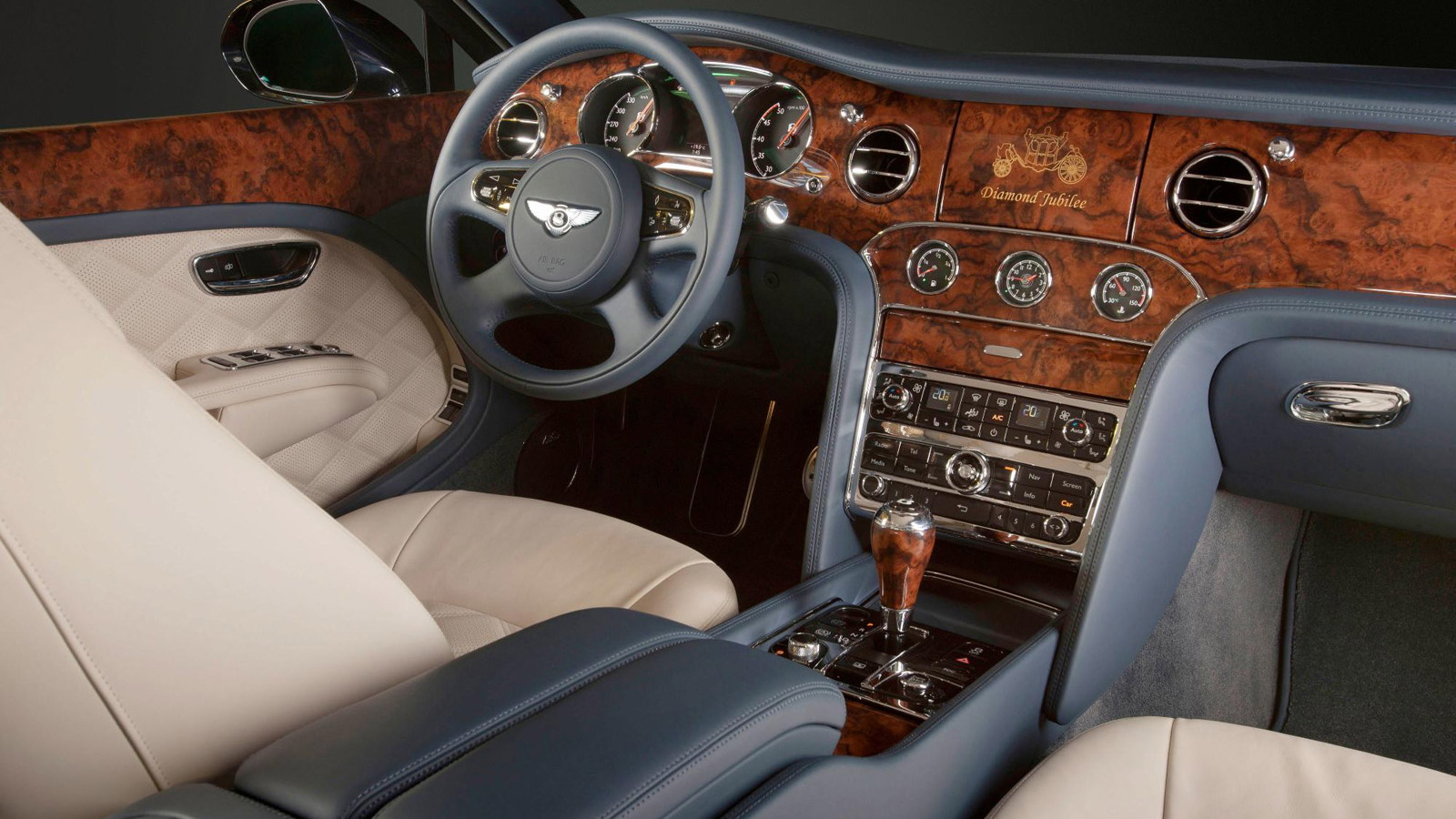 8
photos
Bentley rolled out a special edition Mulsanne at the 2012 Beijing Auto Show this week that commemorates the Diamond Jubilee of British monarch Queen Elizabeth II.

A Diamond Jubilee celebration is typically held to mark a 75th anniversary, but in the case of the Royal Family it’s for the 60th anniversary of when the current monarch first came into rule.

Accordingly, just 60 examples of the new ‘Mulsanne Diamond Jubilee Edition’ will be built, each of them assembled by the same crew at Bentley’s Mulliner division that worked on the State Limousine presented to the Queen in 2002.

Ensuring that anyone who purchases one of the 60 special edition Mulsannes feels like royalty, the cars are distinguished by a range of exquisite, handcrafted features paying tribute to the Jubilee. These include bespoke embroidery to all four headrests using gold stitching and veneered picnic tables in the rear that are decorated with a gold overlay depicting the Queen’s royal carriage.

True to the Mulliner tradition, the Diamond Jubilee Edition cars feature a spectrum of paint and hide colors that sets them apart from other Bentleys and which uses various combinations and shades of red, white and blue (the colors of the Union Flag) to underscore the British connection. Hand-applied fine lines--using these same three colors--provide an elegant finishing touch as do two distinctive Bentley ‘B’ badges positioned on each D-pillar.

Under the hood of each Mulsanne Diamond Jubilee Edition is the flagship sedan’s standard twin-turbocharged 6.75-liter V-8 engine rated at 505 horsepower and 752 pound-feet of torque. Bentley promises occupants can be whisked away from their destination to a speed of 60 mph in just 5.1 seconds before finally topping out 184 mph.

Bentley State Limousine for the Queen