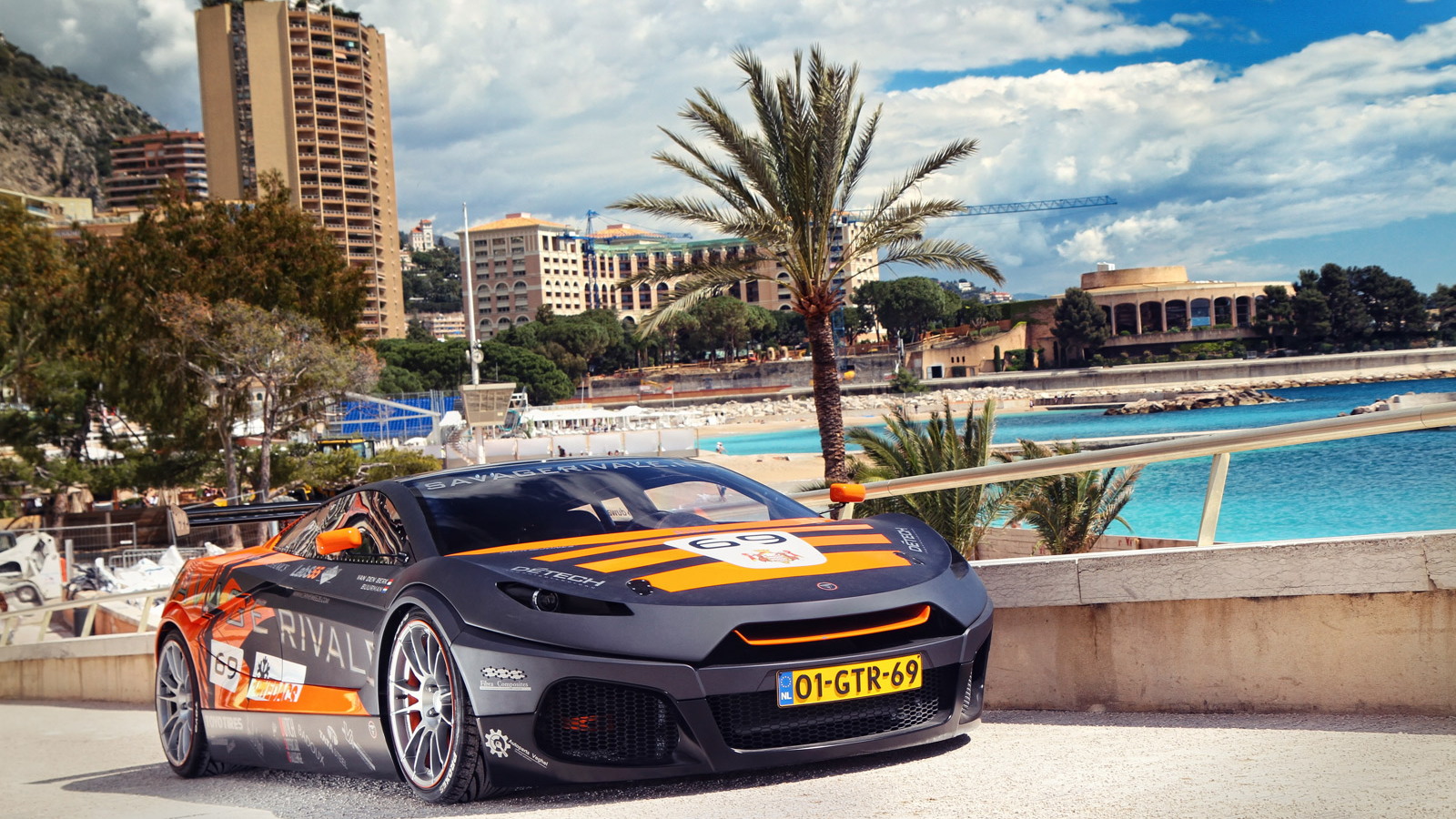 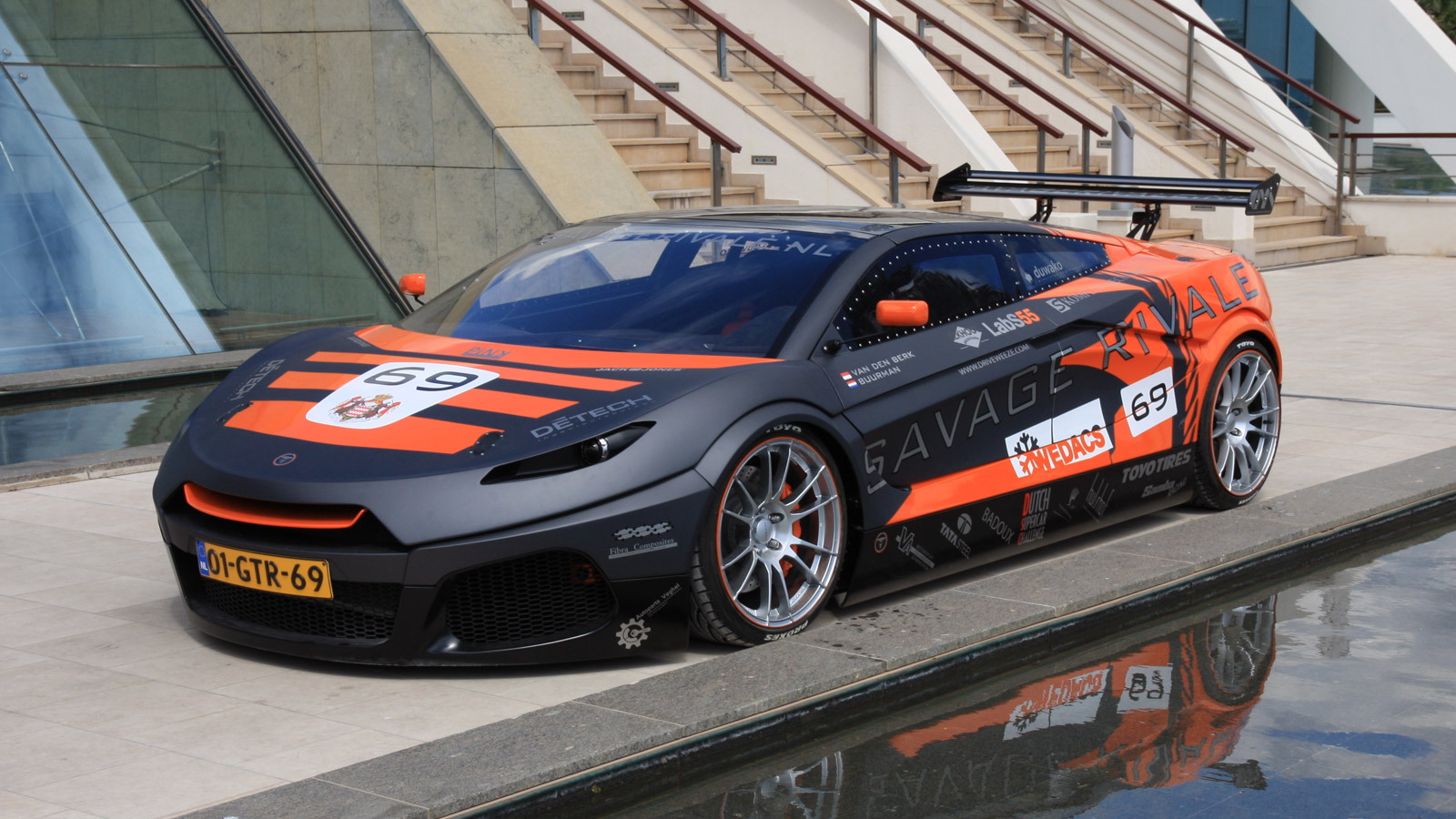 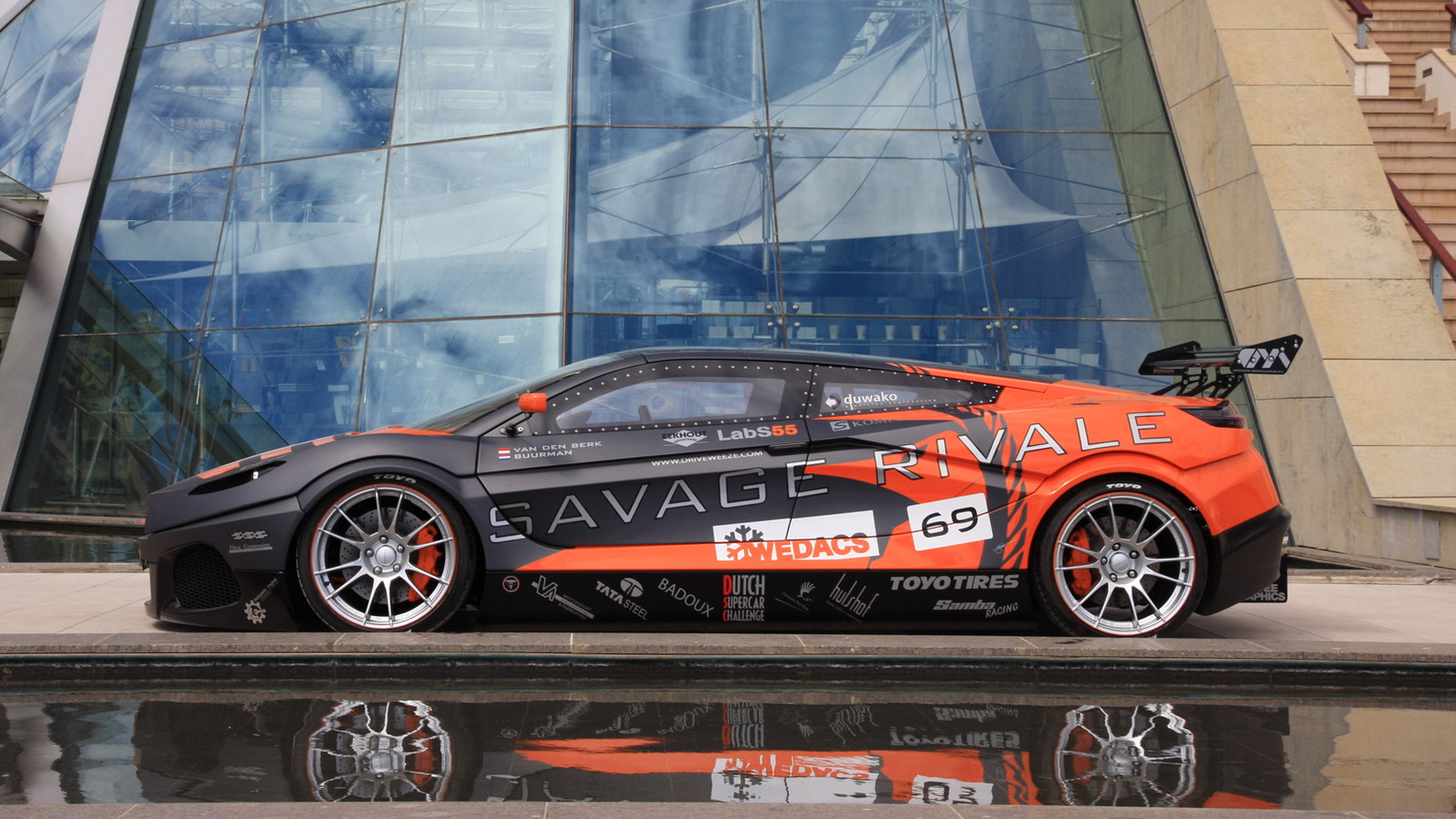 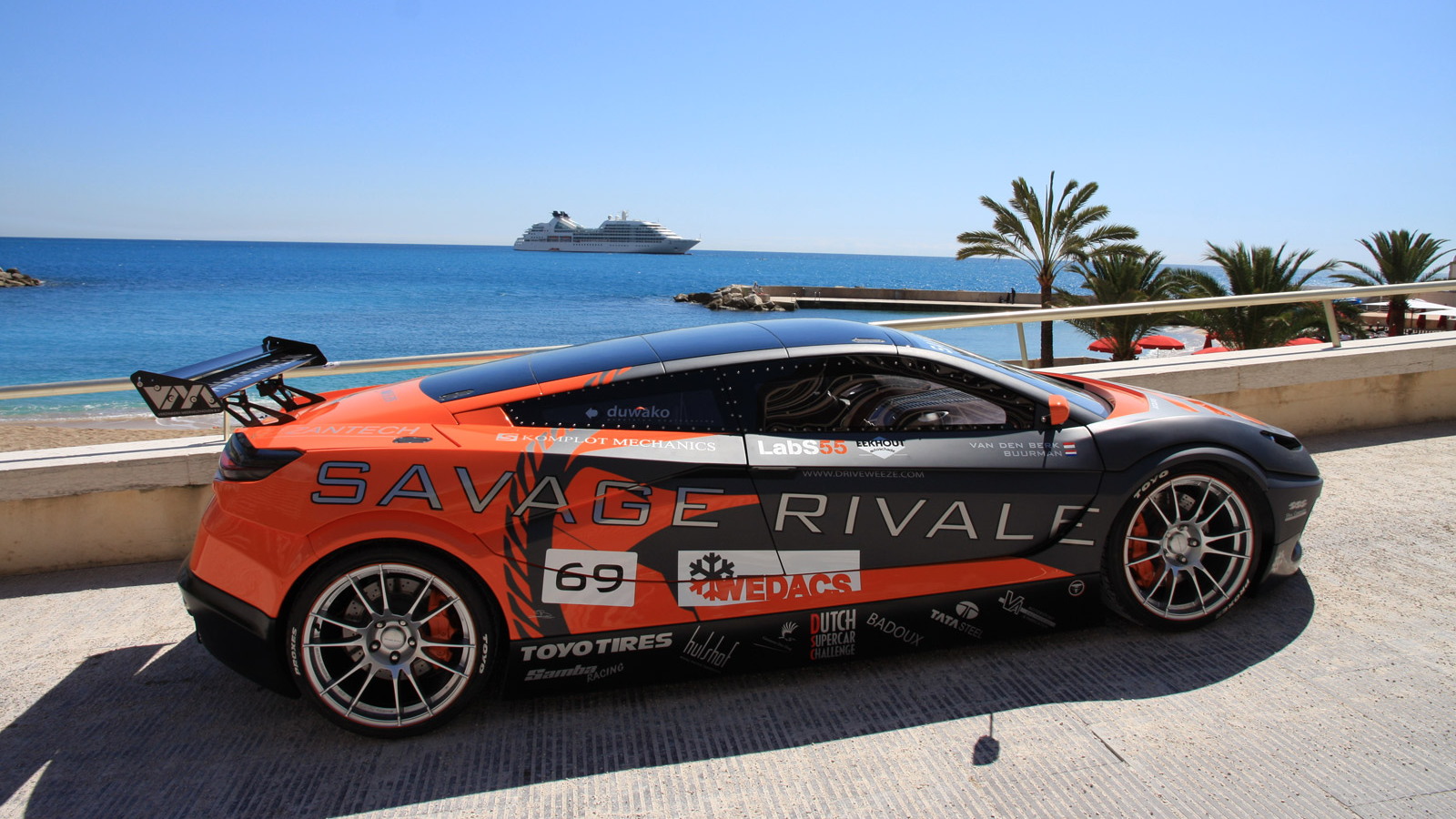 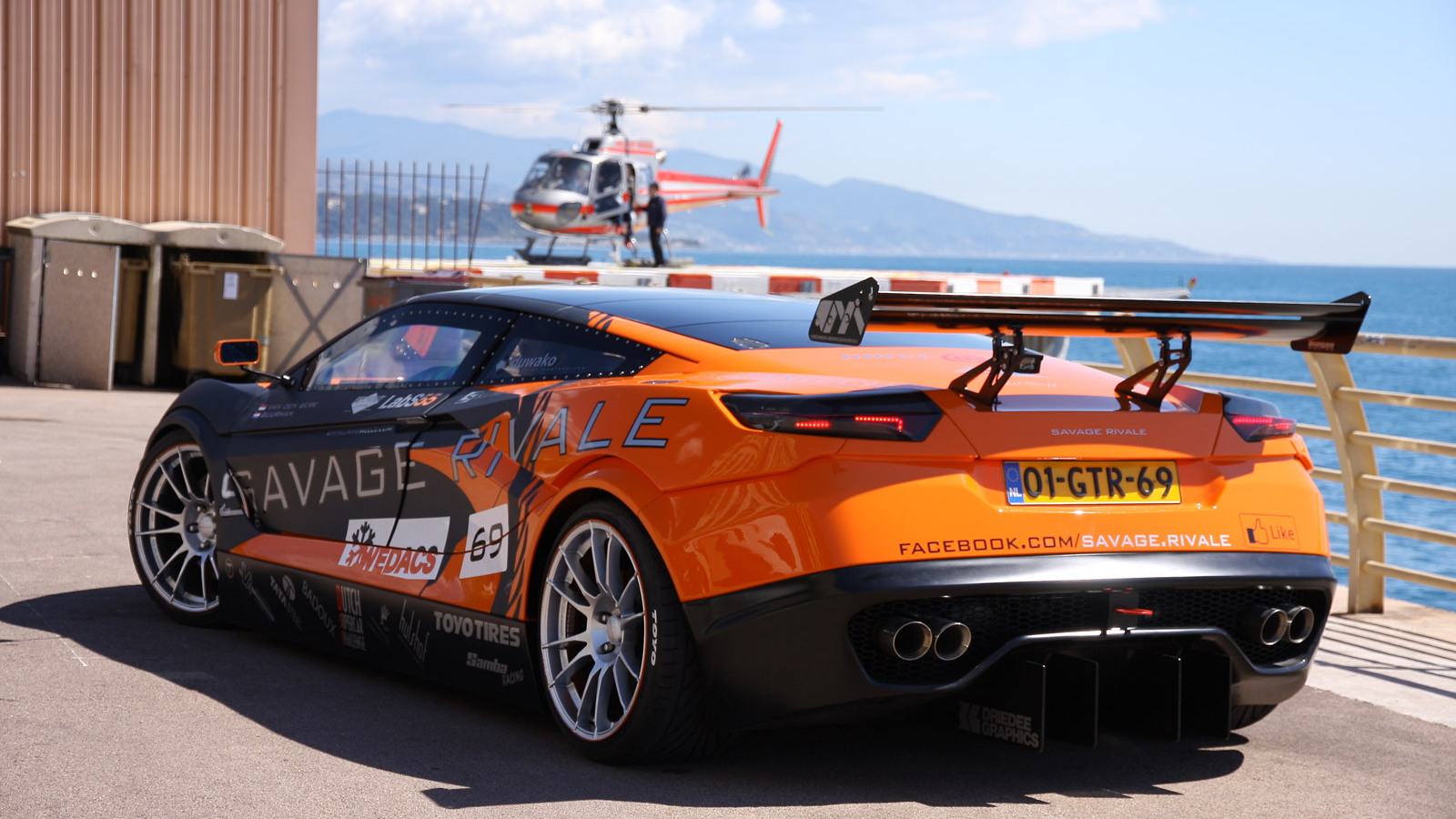 19
photos
Dutch firm Savage Rivale is working on a brand new supercar, but rather than going the traditional route of building a cramped two-seater and strapping a big engine to it the guys at Savage have managed to build something much more substantial.

Their creation is the Roadyacht GTS, which made its official world debut in race trim today at the Top Marques Monaco 2012, the premier show for performance and luxury cars.

This racing version is simply dubbed the “GTR” and only 69 examples are scheduled to be built.

It eschews the innovative telescopic roof system that the road-going version will feature, though keeps the scissor doors. It also features a more powerful engine, in this case a GM-sourced LS9 V-8 tuned to deliver between 700 and 800 horsepower.

The supercharged 6.2-liter LS9 is the same unit found in the Corvette ZR1 and in the Savage Rivale GTR, which weighs just 2,260 pounds thanks to its extensive use of lightweight carbon fiber in its construction, the engine guarantees 0-60 mph acceleration in 2.8 seconds and a top speed in excess of 225 mph.

Under the custom bodywork is a chromoly steel chassis, double A-arm suspension with fully adjustable coilovers, and chunky 20-inch wheels housing a set of carbon ceramic Brembo brakes. Inside, there’s a pair of Recaro racing bucket seats with six-point belts and a six-speed sequential manual transmission.

Pricing for this ultimate track car starts at €141,250 ($186,715). If, however, you’re interested in the more accommodating Roadyacht GTS, you’ll have to wait until next year; it will be making its world debut at a major auto show in the Middle East.