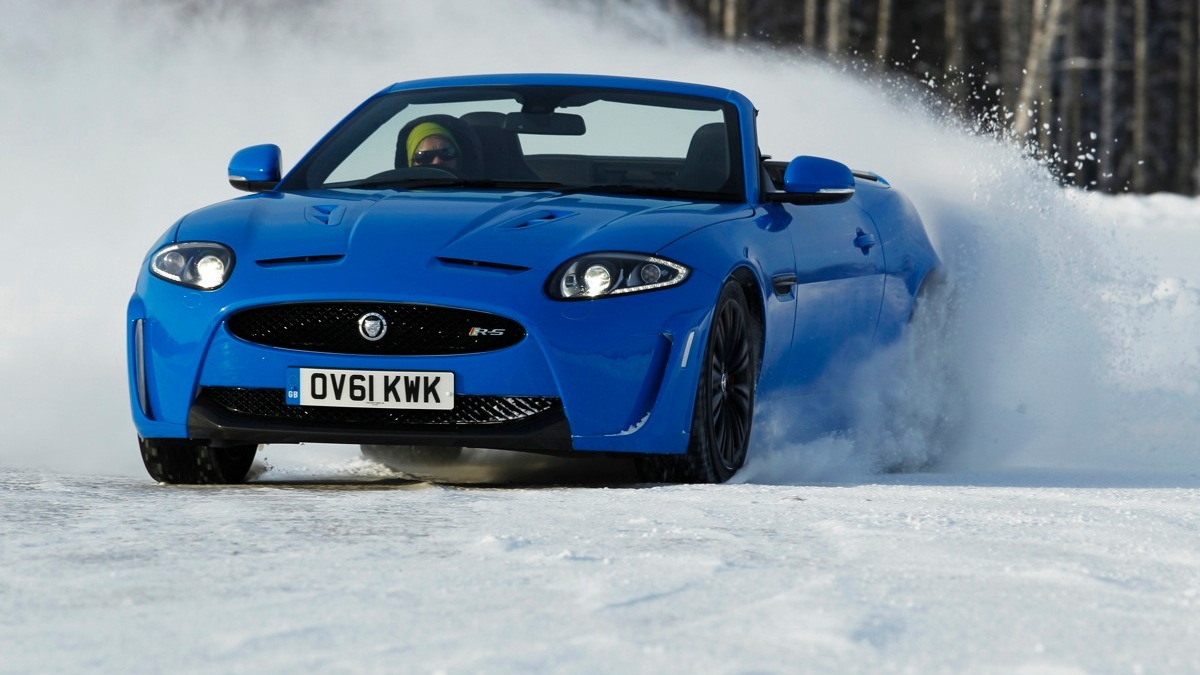 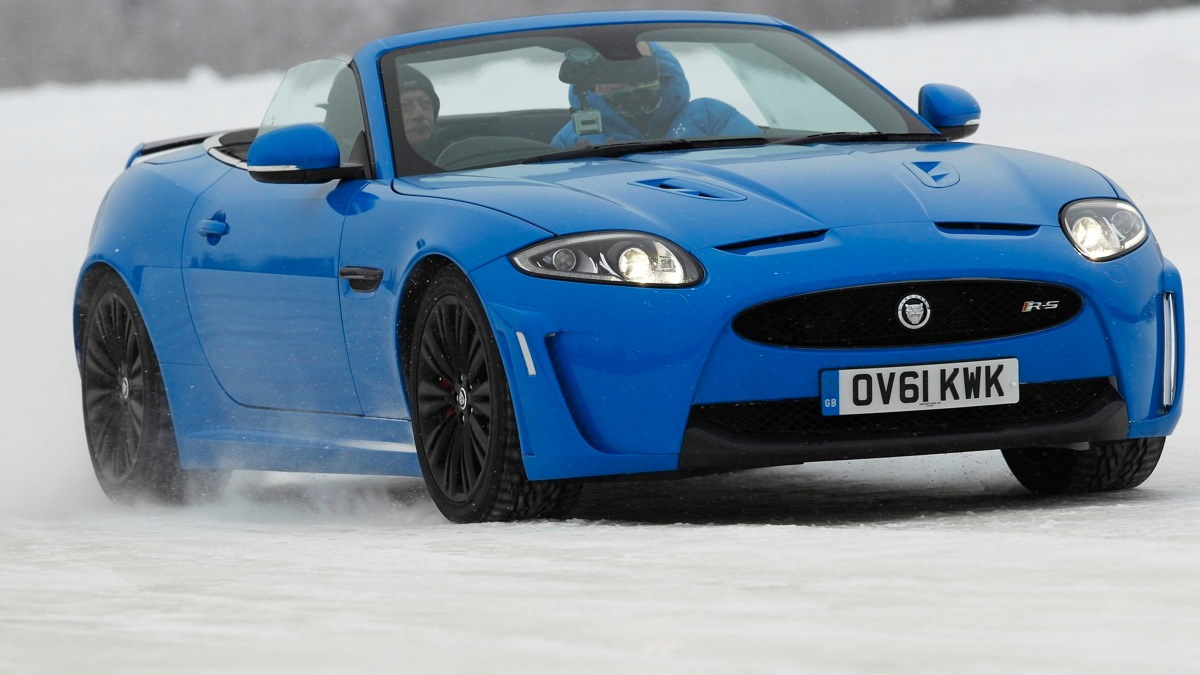 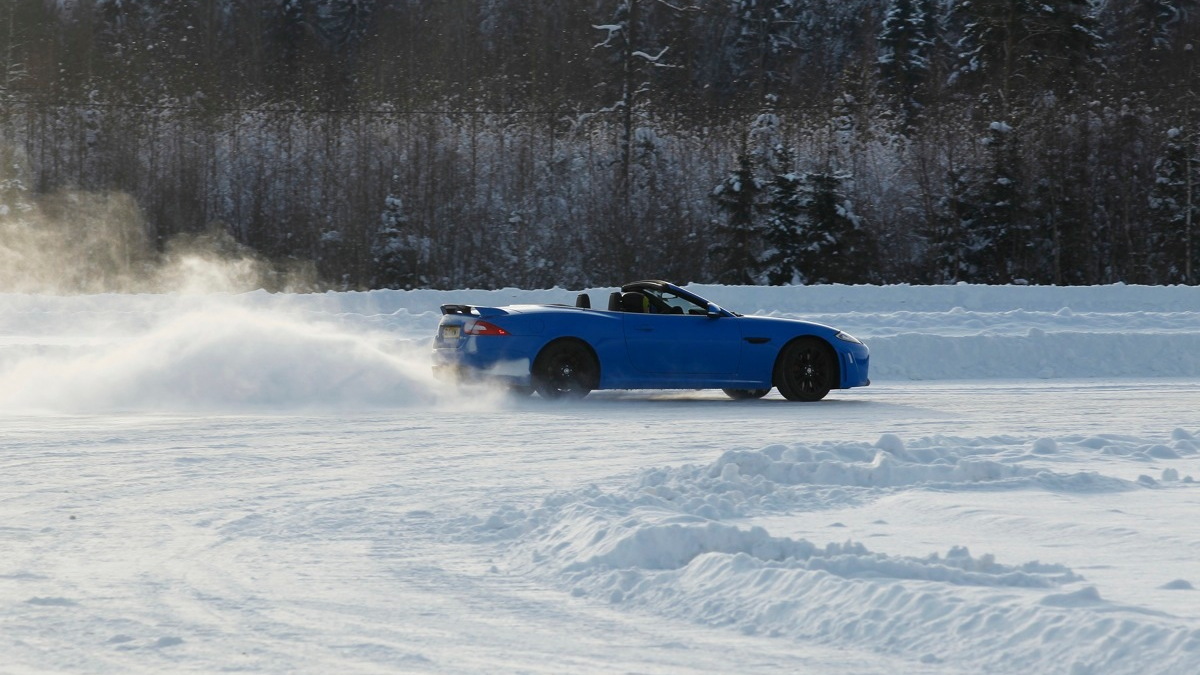 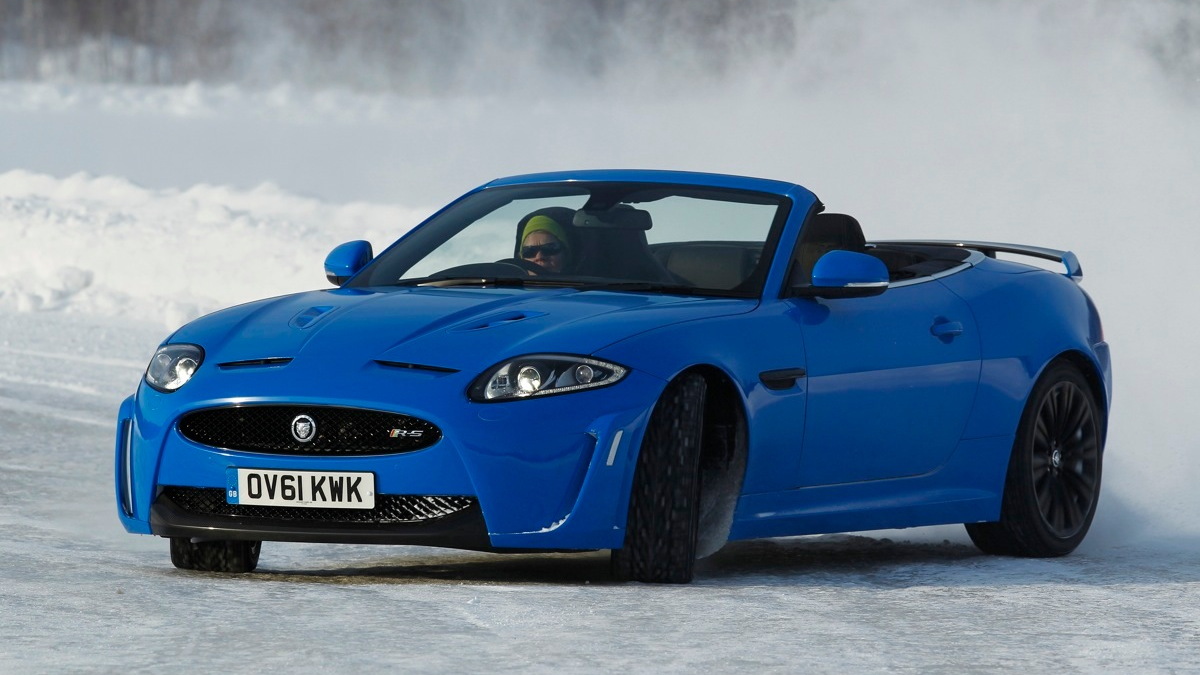 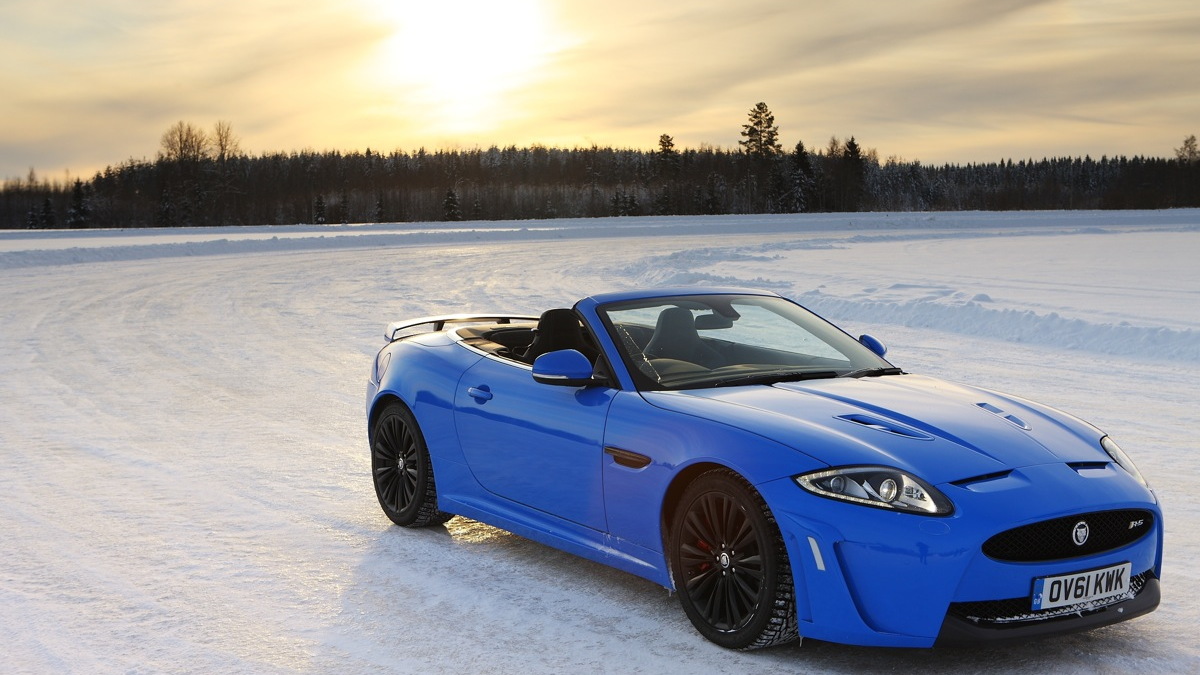 7
photos
Of all the reasons to buy a Jaguar XKR-S or XKR-S Convertible, “because it offers exceptional traction and handling on snow and ice” probably isn’t one of them. In fact, we’re willing to bet that buyers of the sold-out XKR-S models living in snow belt states probably have alternate transportation for the winter months.

Still, in the hands of a trained driver, a 572-horsepower Jaguar XKR-S convertible, plus four studded snow tires, plus a frozen lake bed plowed for driving equal big fun. In this case, the gentleman behind the wheel is Jaguar test driver Minna Sillankorva, who’s enjoying the Finnish winter in sideways style.

We’re sure that both the heated seats and the XKR-S’ HVAC system work well, but we prefer our wintertime, frozen-lake-driving-fun in coupes, not convertibles. At the very least, we’d have put the top up for added warmth.

On more traction-rich footing, Jaguar claims the XKR-S Convertible can sprint from 0-60 mph in just 4.2 seconds, on its way to a top speed of 186 miles per hour. While previous output estimates claimed “over 550” horsepower, Jaguar seems to have decided that the final number is 580 PS, or 572 horsepower.

That makes the XKR-S Convertible (and its hardtop XKR-S Coupe brother) the fastest and most powerful road-going cars that Jaguar has ever built. As the video shows, the fastest cat also has some serious poise.