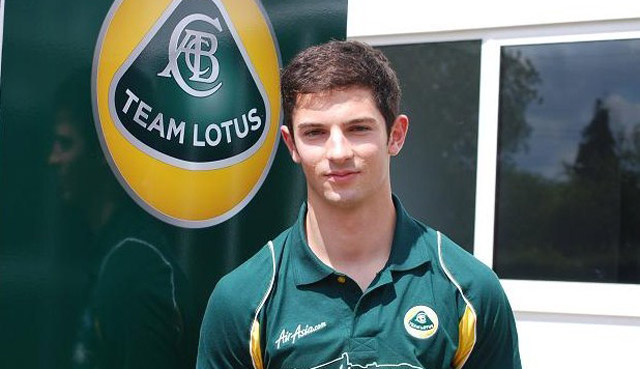 With America set to host two Formula 1 races from 2013 onwards, one in New Jersey and the other in Texas, the time is right for an American driver to return to the highest echelon of motorsport.

One up and coming driver whose chances are better than most is 20-year old Alexander Rossi who is scheduled to take part in the F1 Young Driver Test program with Team Lotus at the end of this year.

On top of that, the Californian native will also compete for Caterham Team AirAsia in the forthcoming GP2 Finale in Abu Dhabi taking place this weekend. The GP2 Series newcomer has shown great pace in both recent GP2 tests at Barcelona and Jerez and finished the final test session in second place after just three days in the new car.

In a statement, Rossi said: "I am very excited to finally announce I will be competing in Abu Dhabi with Caterham Team AirAsia and will have the chance to put more F1 miles on my CV with Team Lotus. For the F1 test I will be looking to learn as much as possible, do the best job I can and soak up every minute, in and out of the car.”

If he proves successful and eventually ends up with a seat in Team Lotus, which incidentally will be renamed Caterham F1 Team from next year onwards, Rossi will be the first American driver in F1 since Scott Speed’s stint with Scuderia Toro Rosso ended in 2007.

We wish him all the best and look forward to monitoring his progress.