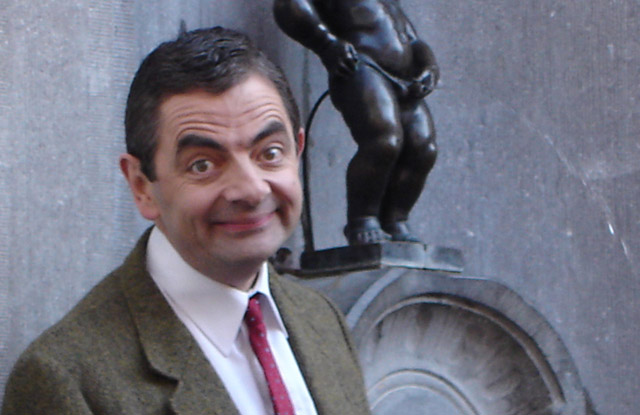 We can't be sure of Formula 1 driver Lewis Hamilton's cooking skills, but he apparently knows how to steam a Bean.

As Atkinson became more agitated, his reactions got more animated.

Comparisons to his Mr. Bean character didn't exactly require an imaginative leap, and for a split second he looked ready to share a word brought to us by the letter F.

At the same time, it's hard not to empathize. Atkinson is one of us, after all. He's passionate about cars and racing; not just as a spectator, but as a driver as well.

He's well known for racking up road miles--and the occasional crash--with his ultra-rare McLaren F1 supercar, something he was evidently not enthused to see Hamilton recreate in the collision with Massa.

There's no telling if the subject came up a day earlier when a more relaxed Atkinson and Hamilton were seen chatting in the McLaren garage.

Next is the 2011 Formula 1 Abu Dhabi Grand Prix in two weeks, and we'll keep you updated with complete race--and possibly select spectator--coverage.