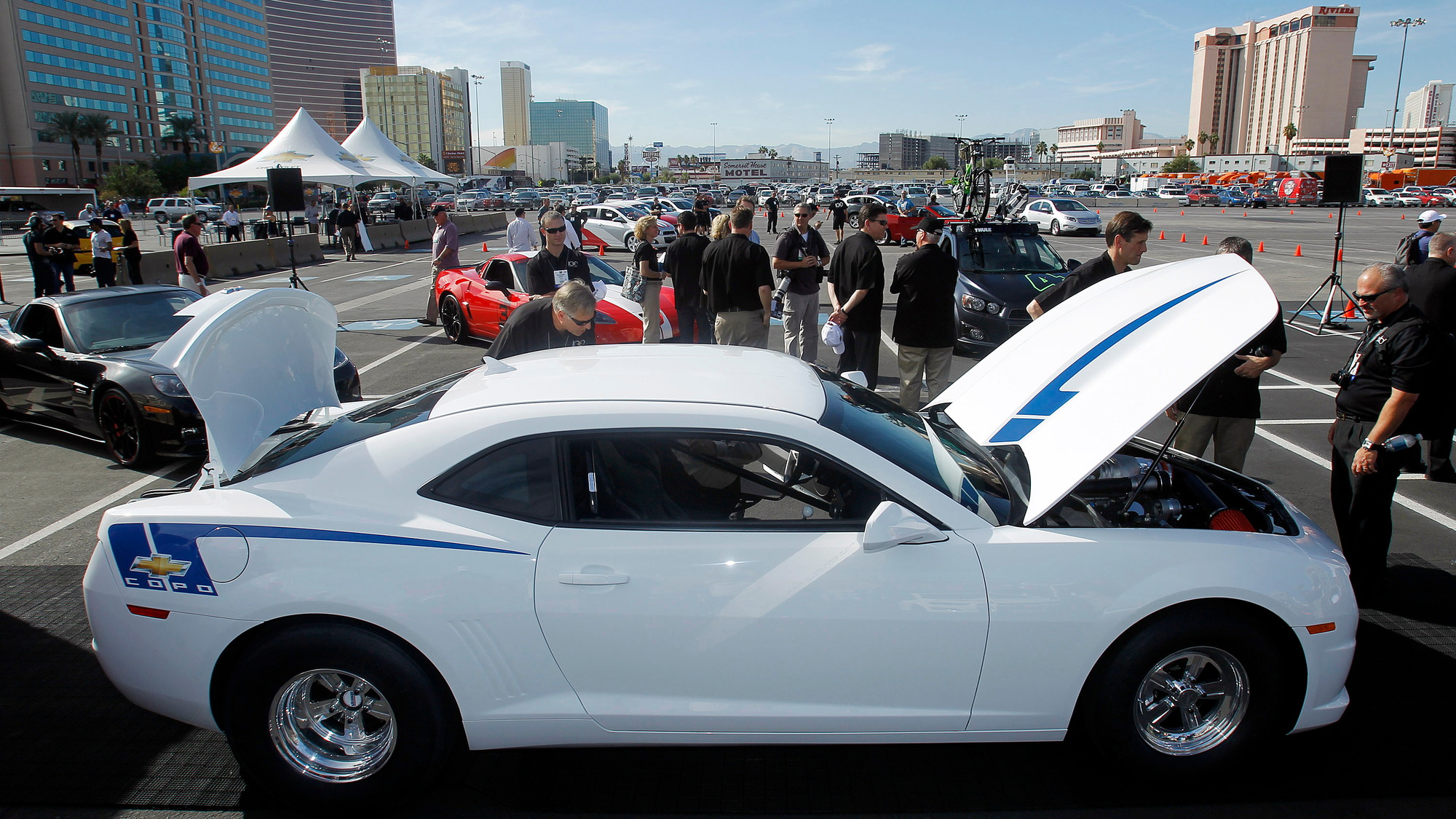 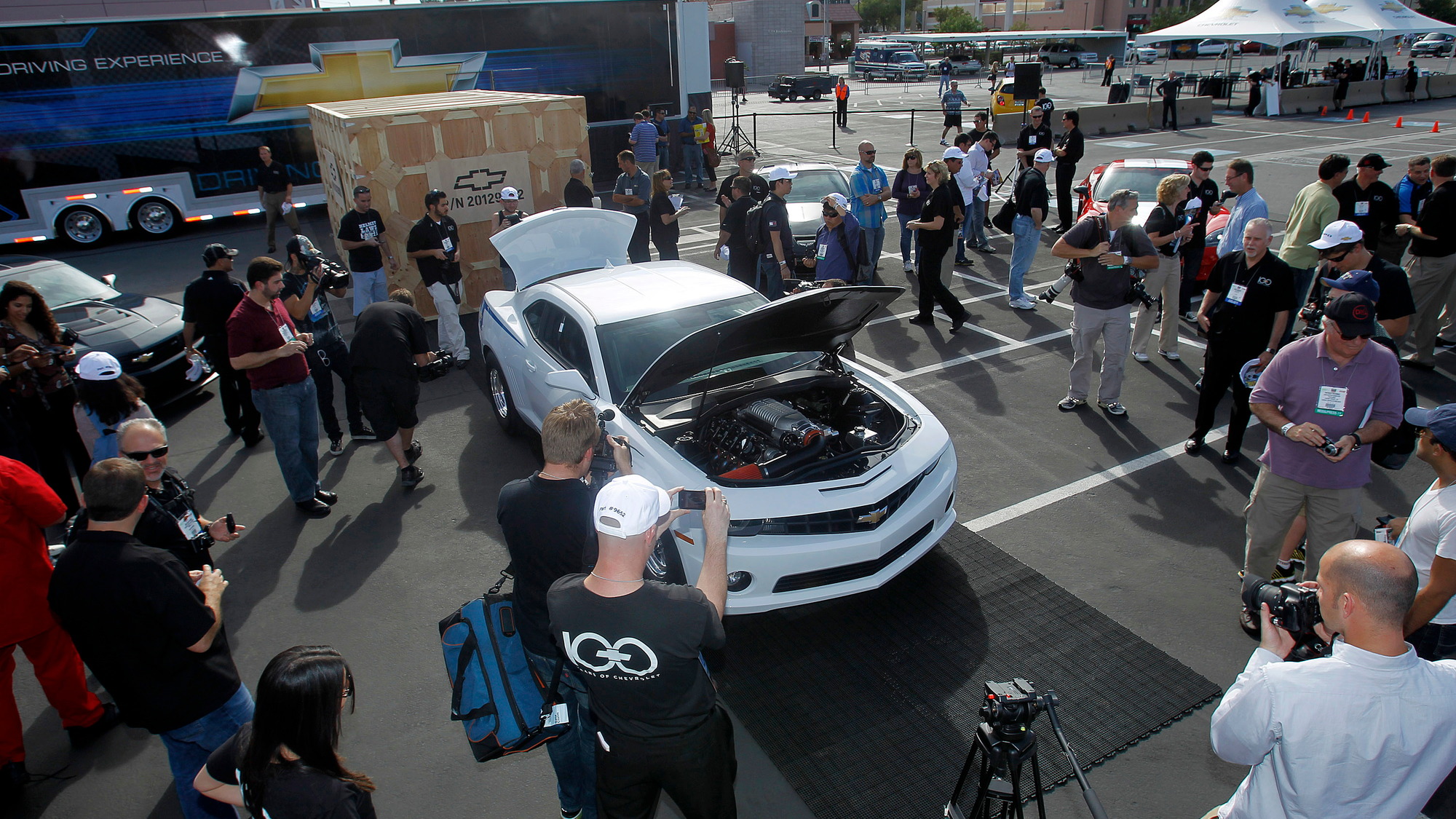 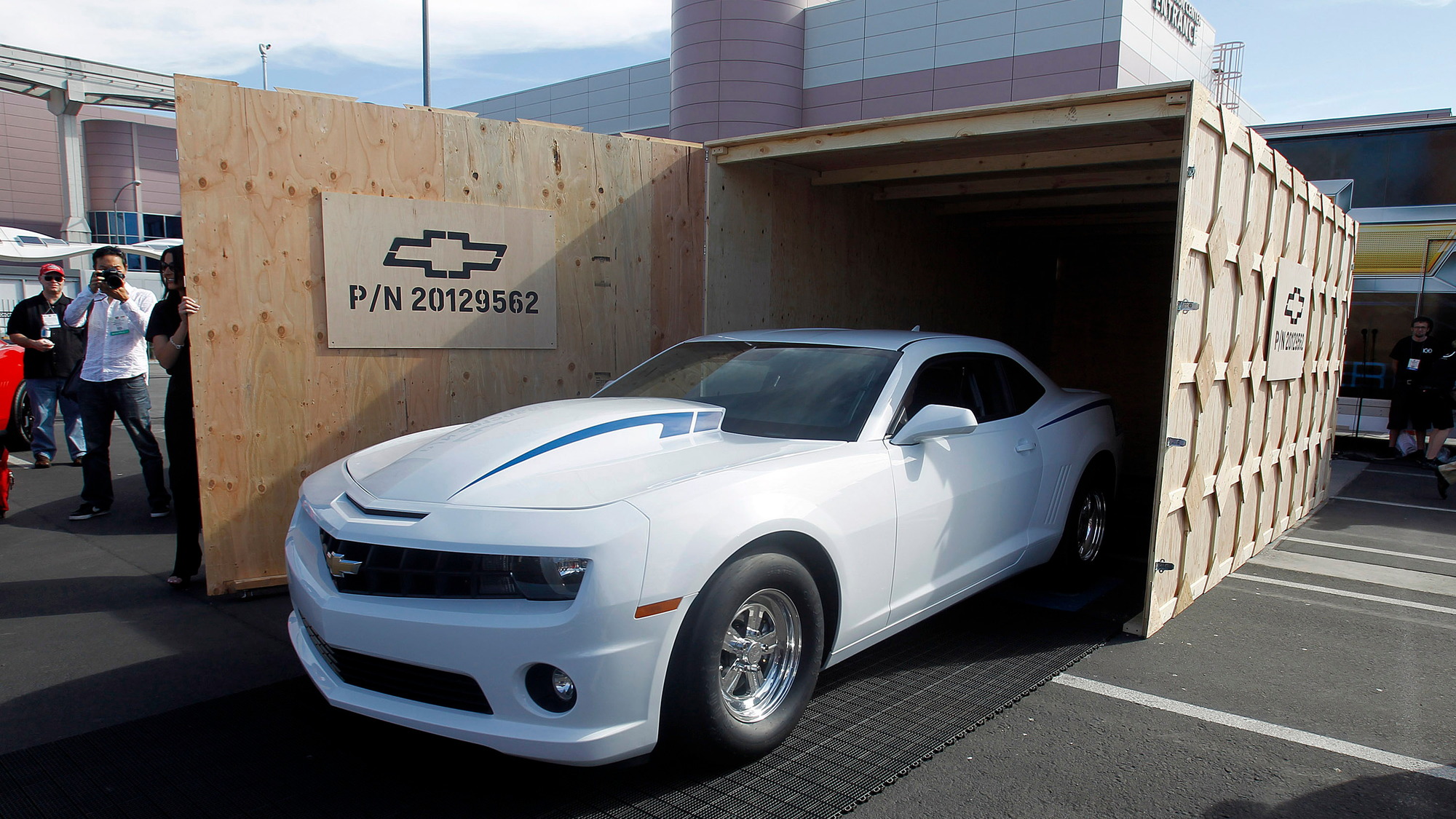 3
photos
Rumors of a 2012 Camaro ZL1-based factory-built drag racer, much like the Mustang Cobra Jet and Challenger Drag Pak,  first surfaced a month ago, and today at the lead-up  to the 2011 SEMA show, Chevy has just uncrated what looks to be exactly that: the COPO Camaro Concept.

While the details remain scant at this point, including the car's basis, from what we can see, it appears to be sporting ZL1-inspired  bodywork and a large supercharger under the hood in addition to its drag-specific modifications. The COPO Camaro Concept is built for NHRA Stock Eliminator competition.

Those other modifications look to include smaller, wider wheels mounted with stick drag rubber out back, with narrower fronts, and a cage inside the cockpit. Beyond that it's hard to make out any specific enhancements, but it's also likely to have a minimalist interior, racing seat, safety equipment including a fire suppression system, upgraded driveline mechanicals, and a racing shock and spring package.

We'll bring you the full details as soon as they're available, but for now, enjoy the photos fresh from the unboxing.