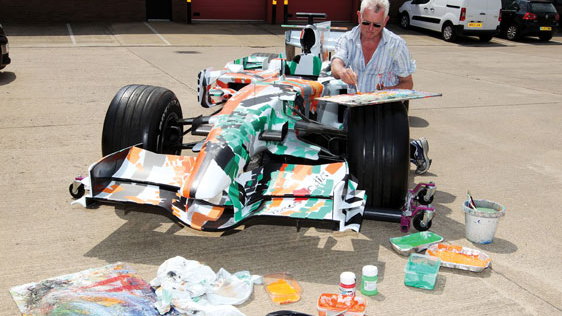 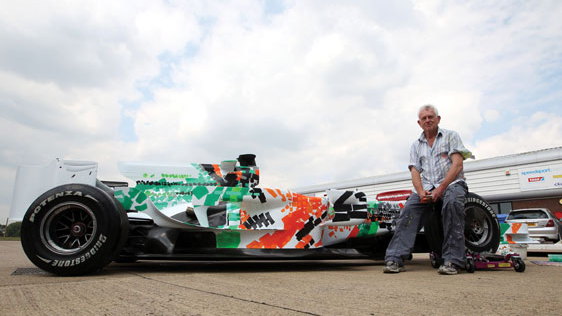 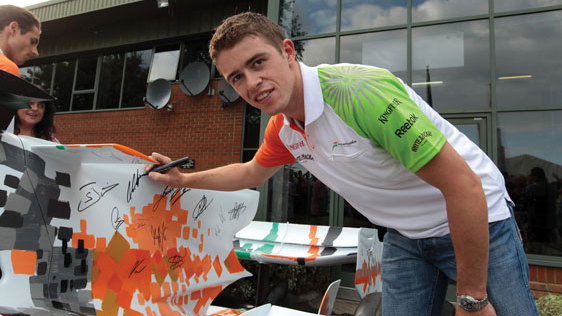 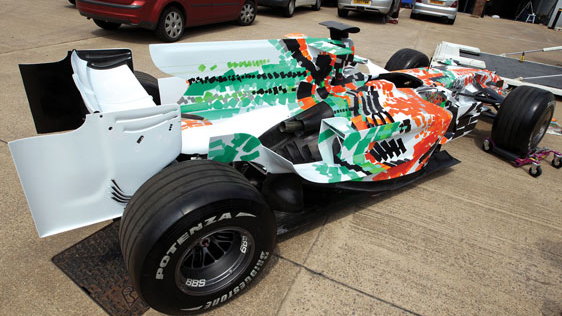 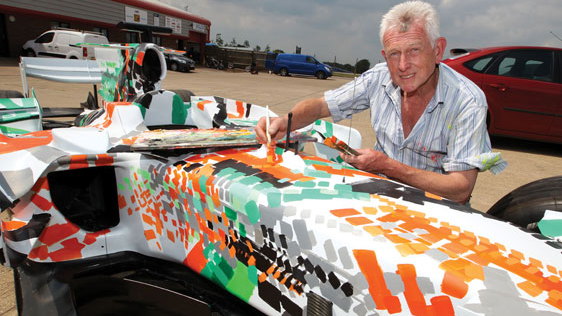 Try though we might, we can never get our significant others to let us park cars and motorcycles in the house. Now matter how many times we plead that the lines of a Datsun 240Z, or a BMW R1100S, are pure sculpture deserving of a place of honor in the living room, we’re met with blank stares and terse denials.

Up for grabs at next month’s RM Auction in London is a car that could change all that, assuming we had the estimated $312,000 hammer price. It’s a retired Force India F1 car, campaigned by Giancarlo Fisichella without success during the 2008 F1 season, and later repainted by renown British artist Dexter Brown (who also paints under the name De Bruyne).

That makes it art, and we all know that art is best displayed on a vertical wall. The car comes sans engine, so there’s no worries about leaking oil, gas or coolant on the carpet, hardwood or tile in your living room. Since the car has been signed by F1 dignitaries (including Niki Lauda, Lewis Hamilton, Stirling Moss and Bernie Ecclestone), hanging it on the wall is also the best way to avoid friends smearing the signatures as they attempt to climb in the cockpit.

Proceeds from the sale, according to The New York Times, will benefit the Great Ormond Street Children’s Hospital and the Force India Academy, which supports Indian youth seeking careers in motorsports. Both are worthy causes, and the former F1 car will certainly be a centerpiece in anyone’s home or garage. We’d call it art, even if our significant others would disagree.