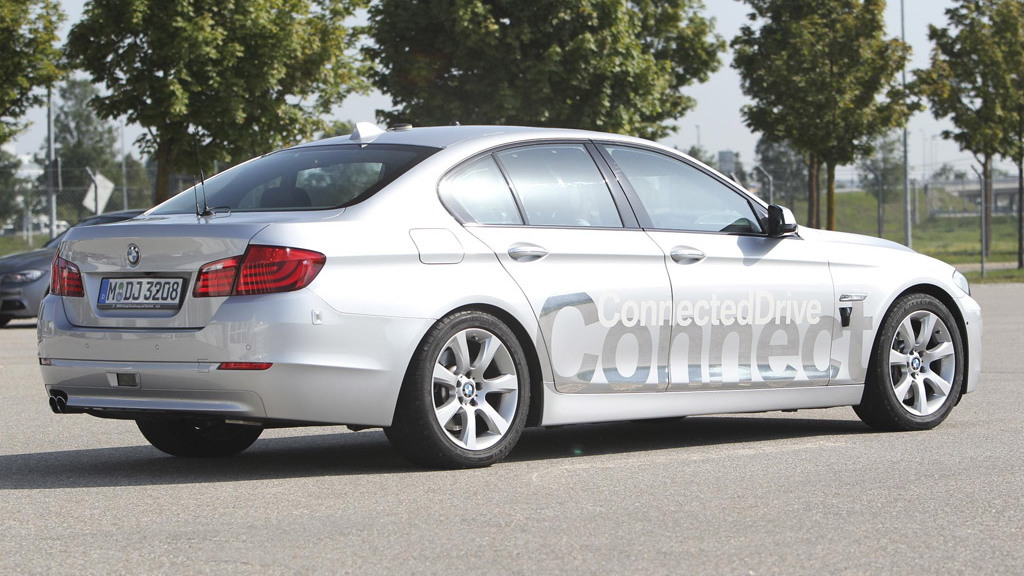 We love self-driving cars here at All Car Tech. It's not that we don't like driving ourselves as there's nothing better than having the open road to yourself, but even in the comfiest of cars some traffic conditions make us wish we could simply teleport place to place.

In the absence of Star Trek tech, autonomous vehicles are the next best thing. Several carmakers and computing companies are developing the technology to a stage where it now really works.

To prove it, BMW has equipped a 5-Series sedan with its very latest autonomous technology, allowing it to travel along a freeway, controlling everything from braking and accelerating to passing other vehicles, all by itself.

It can even account for vehicles merging onto the motorway from a slip road, either easing off the gas or changing lanes depending on the space it decides the other vehicle requires. All of this is possible at speeds of up to 130 km/h (just over 80 mph, a typical European freeway speed limit).

The technology controlling these theoretically simple maneuvers is quite complicated. The car needs to pinpoint its own position within a lane on the road, and it must also recognize all other vehicles and objects in the vicinity. It does so using radar, lidar (similar in principal to radar, but using laser imaging), ultra sound and video cameras. At least two of these systems must be used in every direction before a decision is made, weaknesses in any one area compensated for by another system. If you were in any doubt as to the technology's viability, the self-driving 5-Series has logged more than 3,000 miles on its own, with very little driver involvement.

Precise GPS also helps the car determine its whereabouts, and also builds a view of the route ahead - so the car will never pull out to overtake another vehicle if the overtaking lane is about to close.

The autonomous technology builds on many of BMW's current systems such as Emergency Stop Assistant and Stop&Go. As ever, BMW does stress that the technology doesn't completely absolve the driver from his or her responsibility to concentrate on the road ahead, so don't think it'll allow you to take a nap on the way to work...

We speculated earlier this month that the 2014 BMW i3 will almost bring entirely autonomous urban driving to the market. Now, it looks like your BMW of the future can handle the roads out of town, too.