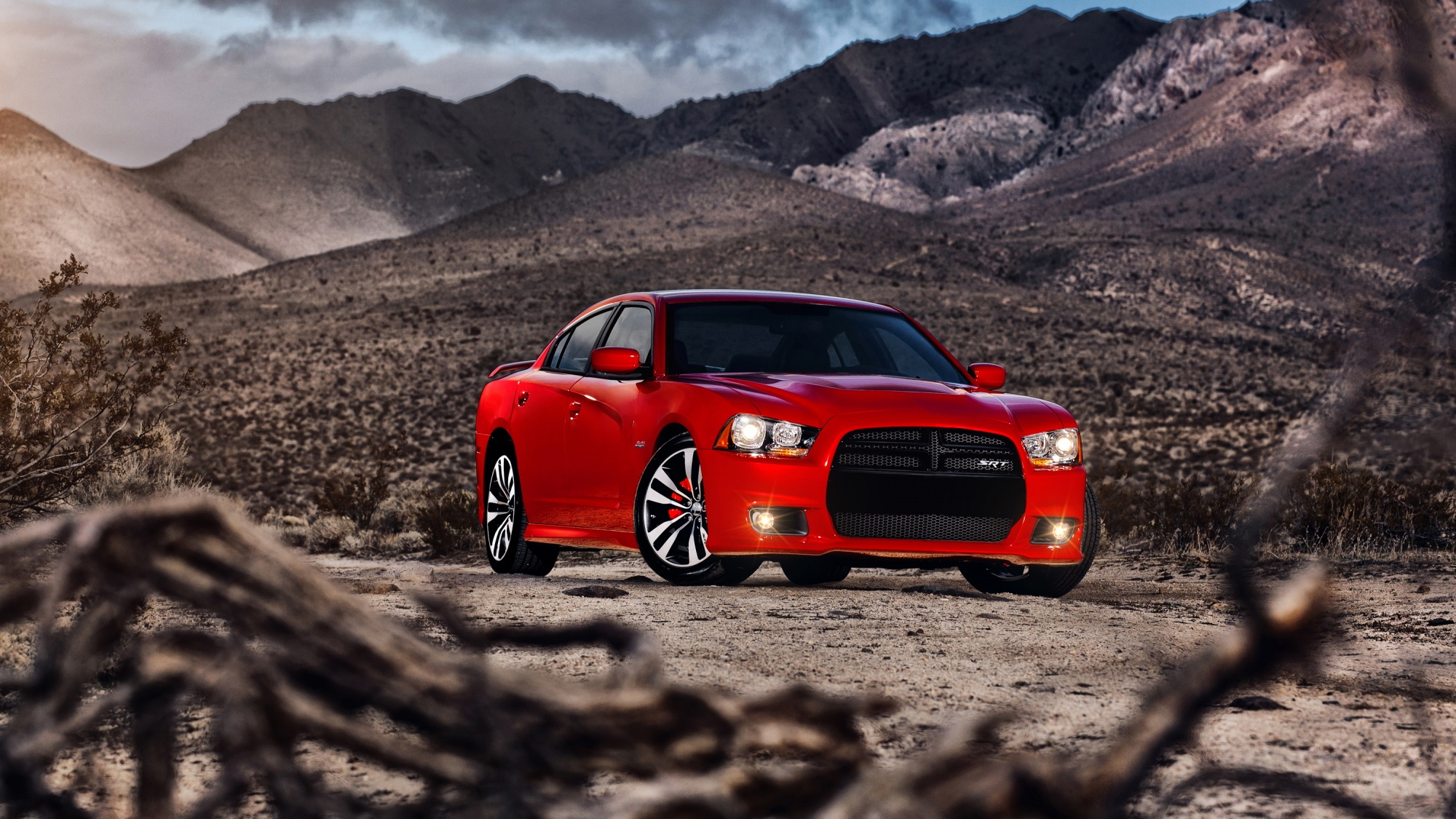 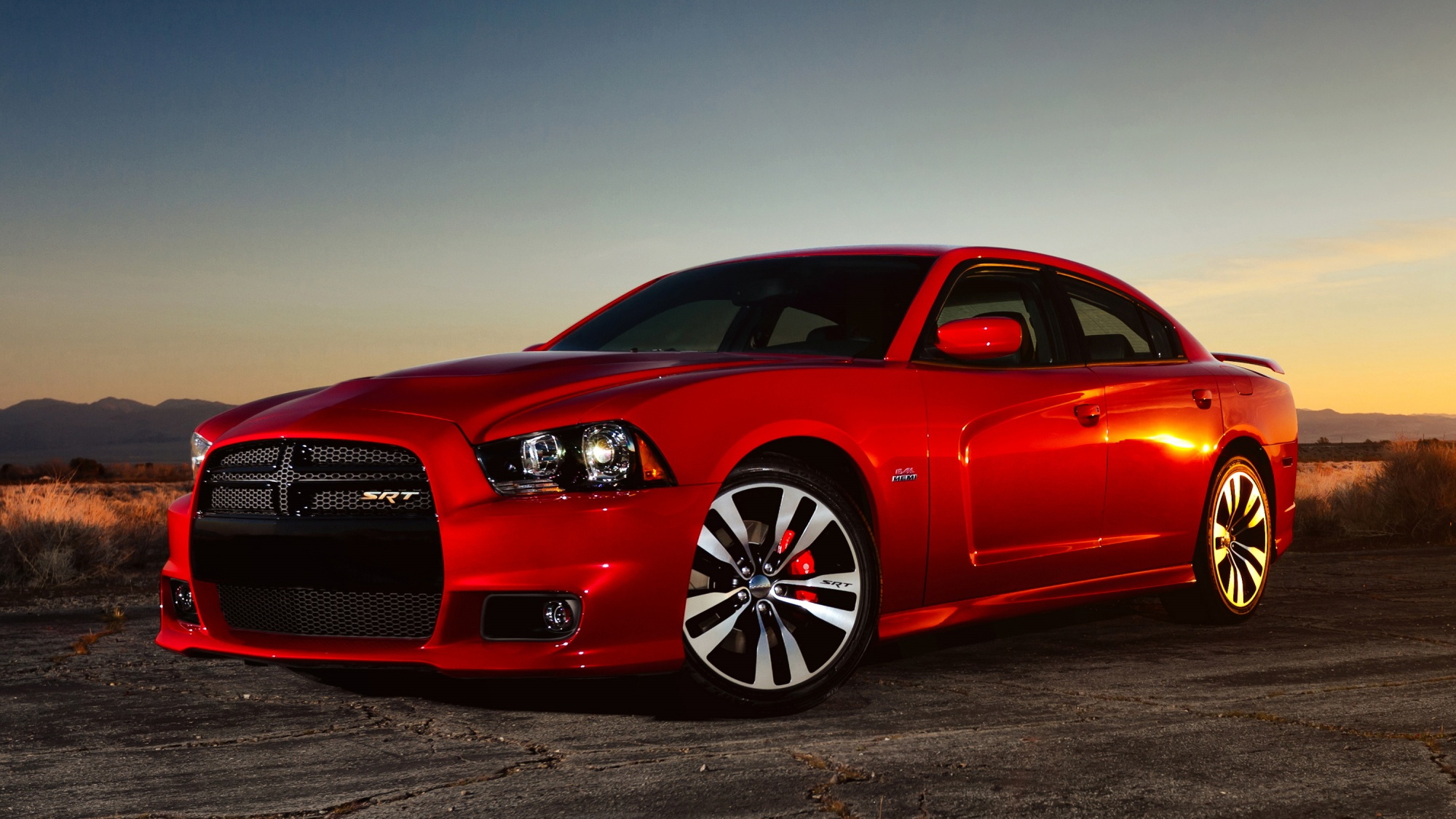 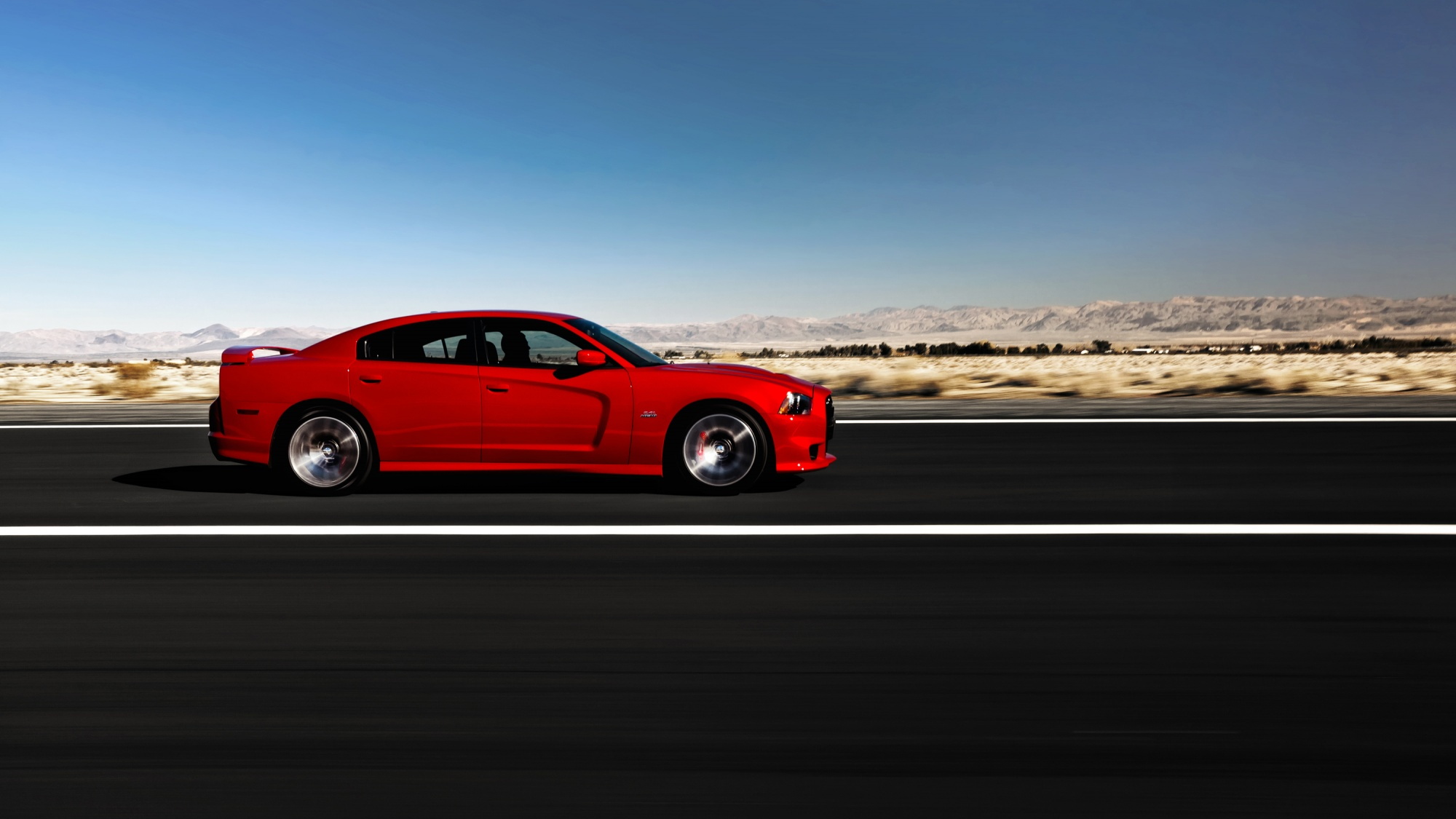 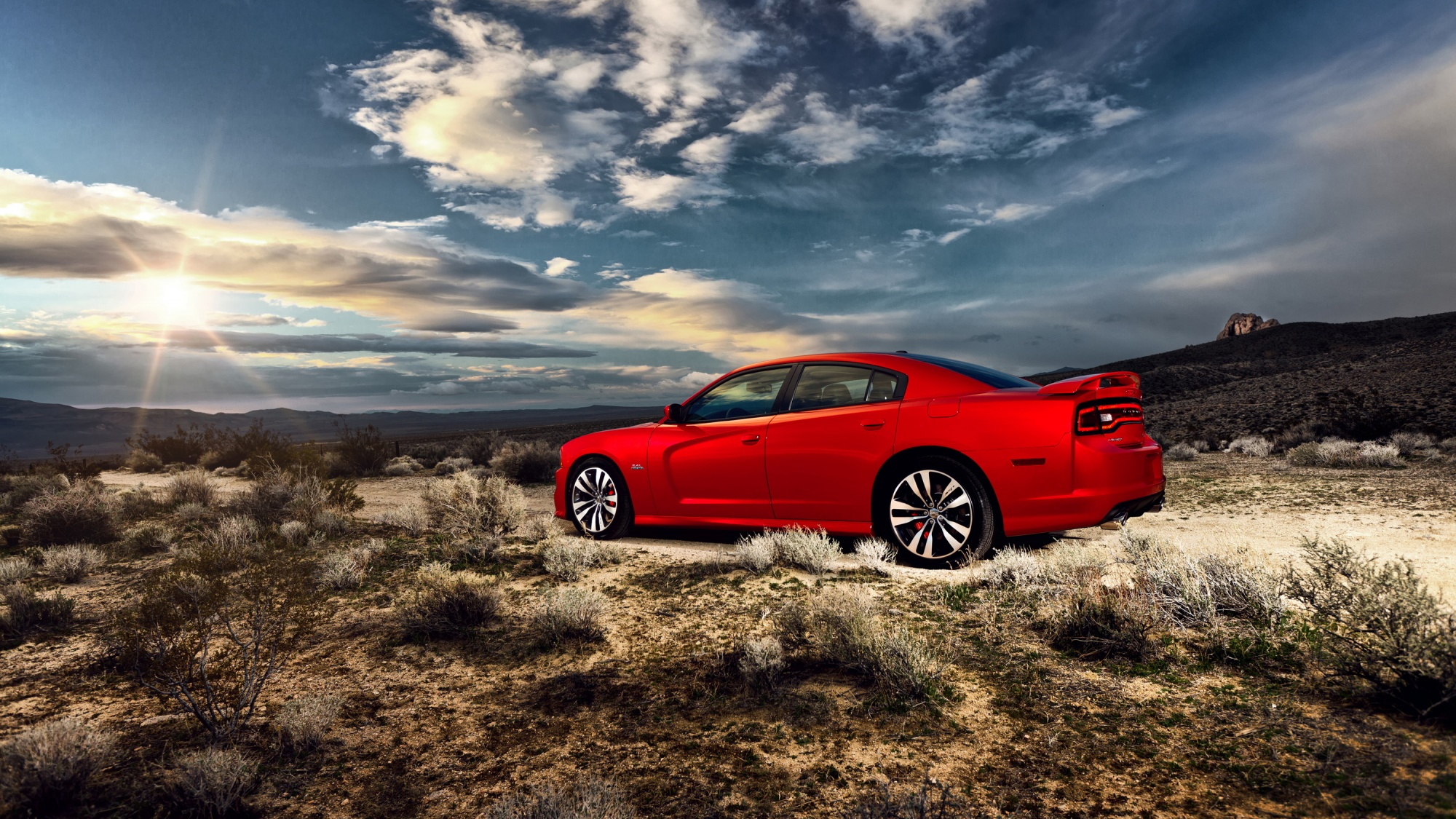 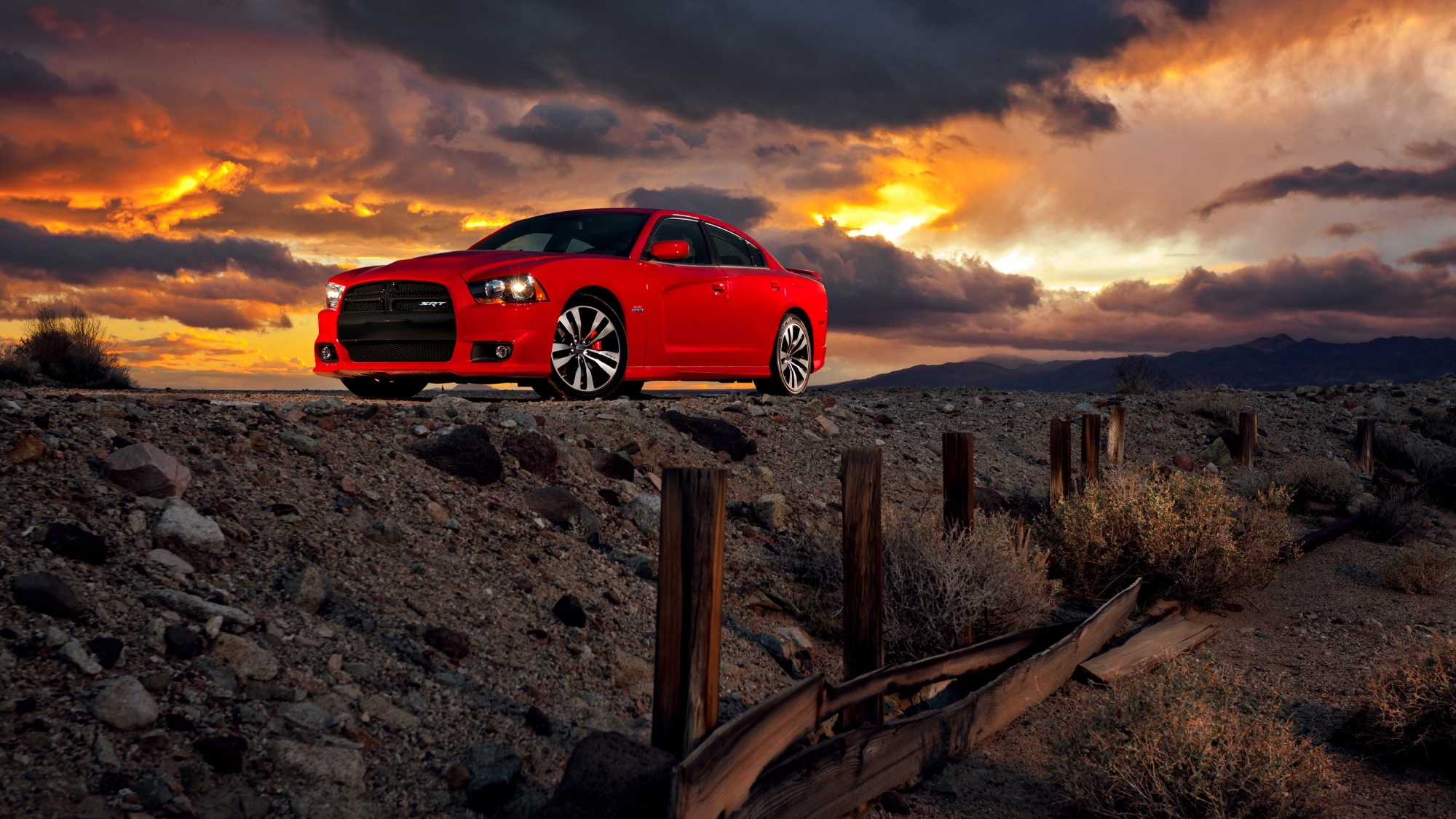 When Dodge redesigned the Charger for 2011, we knew that an SRT8 version would follow shortly. It didn't matter what the company did or didn't say. We just knew.

And so it is that the 2012 Dodge Charger SRT8 has finally come to fruition.

Powered by a 6.4-liter Hemi that makes 470 horsepower and 470 lb-ft of torque and mates to a five-speed automatic transmission, the Charger SRT8 is kind of like America--loud, crude, and large.

Actually, we take that back. It's large, sure, but it's neither crude nor loud, at least not when you don't want it to be.

But take it to the track, and that equation changes.

That doesn't mean the Charger SRT8 is a sleeper. Sedate on the street it may be, but it sticks out. Thank a high-gloss black grille and grille surround for that, along with Hemi/SRT fender badges, the Dodge crosshair grille, and a scooped hood with a heat extractor. A new spoiler and four-inch exhaust tips mark the rear exterior upgrades, along with SRT badging.

Pricing has not yet been announced, along with fuel economy numbers, but Dodge is predicting a 25-percent increase in mpgs, thanks to a new active-valve exhaust system which allows the cylinder-deactivation system to spend more time in four-cylinder mode.

An active intake manifold with cam phasing allows for more low-end torque, and that shows on the track. Despite weighing 4,365 lbs, the Charger leaps forward like the muscle cars of yore when the go pedal is mashed.

An adaptive-damping suspension system keeps the Charger planted at speed, especially in "Sport" mode. The two-mode system automatically adjusts to both the road and the driver in Auto mode and firms things up for sportier duty in Sport mode. The steering is revised for better feel and a new heavy-duty power-steering pump has been added. The Charger SRT8 rolls on 20-inch wheels, and Dodge has it pegged for a .88G skidpad result.

Braking comes from 14.2-inch vented rotors in front and 13.8-inch vented rotors in back. All four wheels have Brembo four-piston calipers, and a new underbelly pan with brake ducting helps fight fade. A Ready Alert Braking System prepares the brakes for a panic stop when the driver quickly releases the gas pedal.

Top speed is 175 miles per hour, and 0-60 should occur in the high fours, while the quarter-mile should vanish in a little under 13 seconds. All that performance doesn't mean Dodge has forgotten about safety: Available features include blind-spot alert, forward collision warning, and rear cross-path detection.

On the course at Willow Springs Raceway, the Charger felt planted and stable, albeit with some body roll. It exhibited no nervous tendencies under braking, and the prodigious power allowed for short work of the straightaways. The bolstered seats held us in place nicely, and the nicely-weighted steering offered plenty of feel. For those so inclined, the Performance Pages readouts are quite fun to play around with.

The previous Dodge Charger SRT8 was fast, stable, and with the exception of a boy-racer hood scoop and spoiler, a bit of a sleeper. The new car makes its purpose known from the moment you lay eyes on it, and while it can be used for family duties, it's clear that this car is just as at home on the track as any of its sports-coupe brethren.

Muscle cars that can stop and turn? Welcome to the 21st Century.