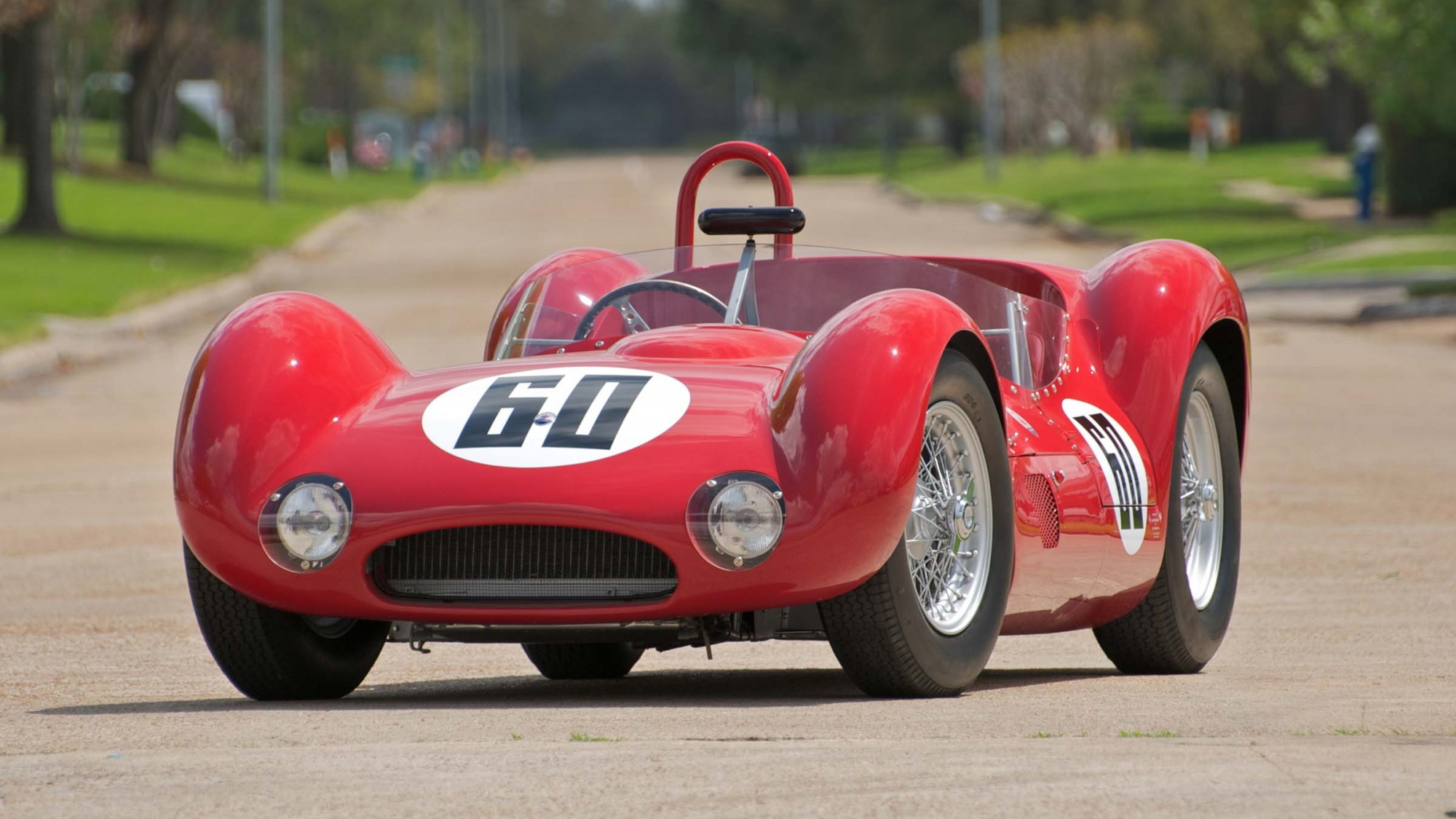 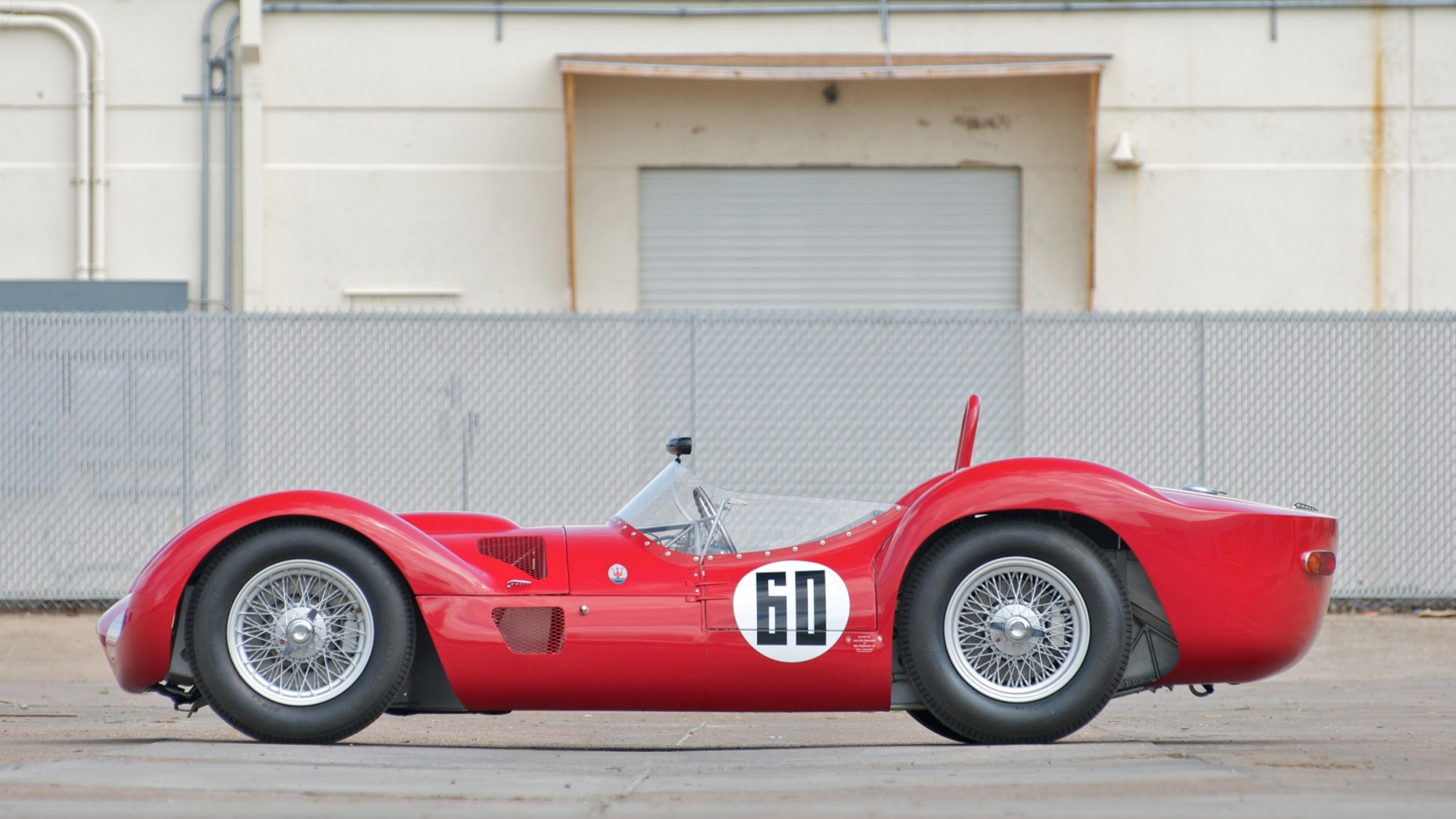 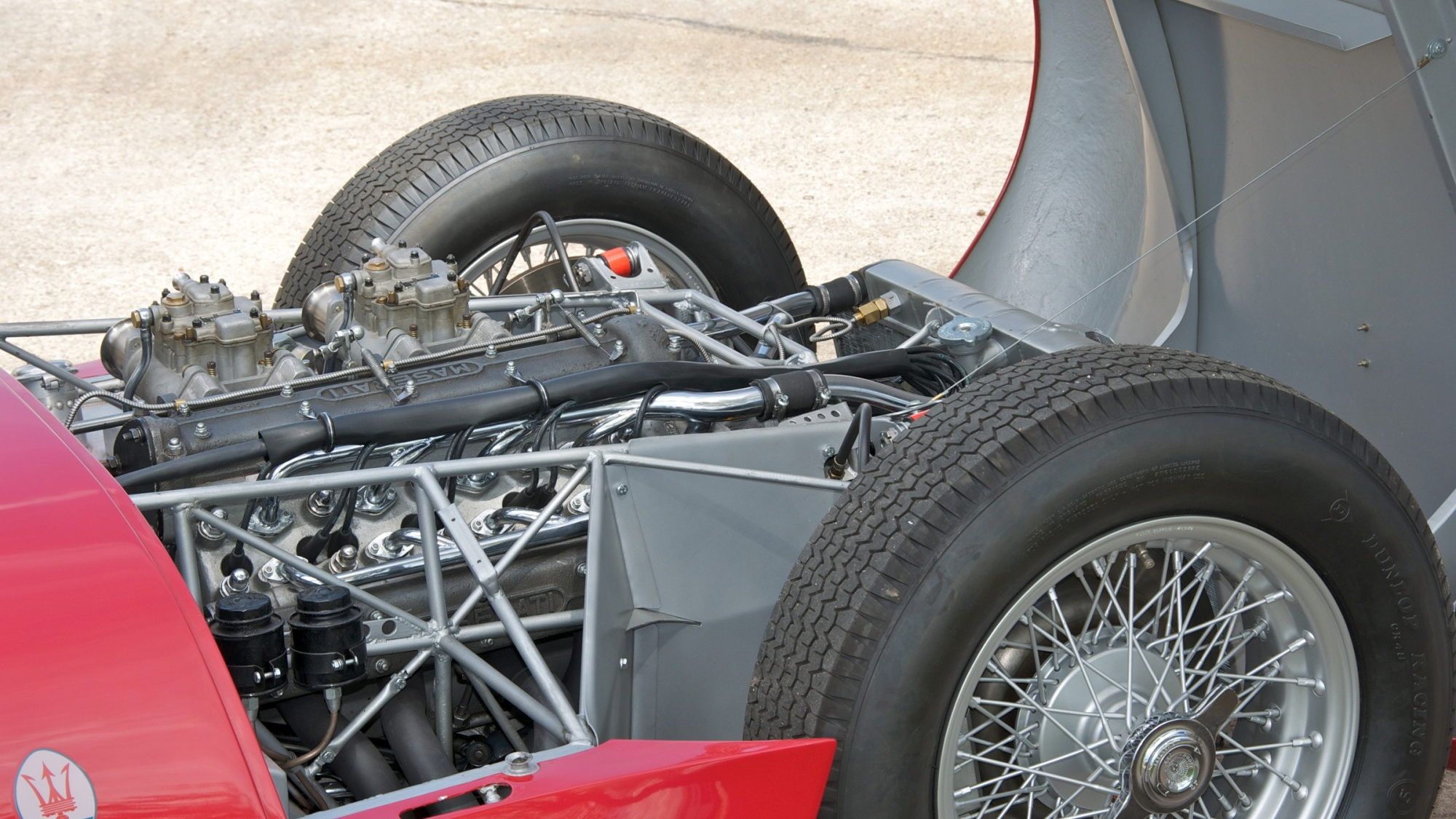 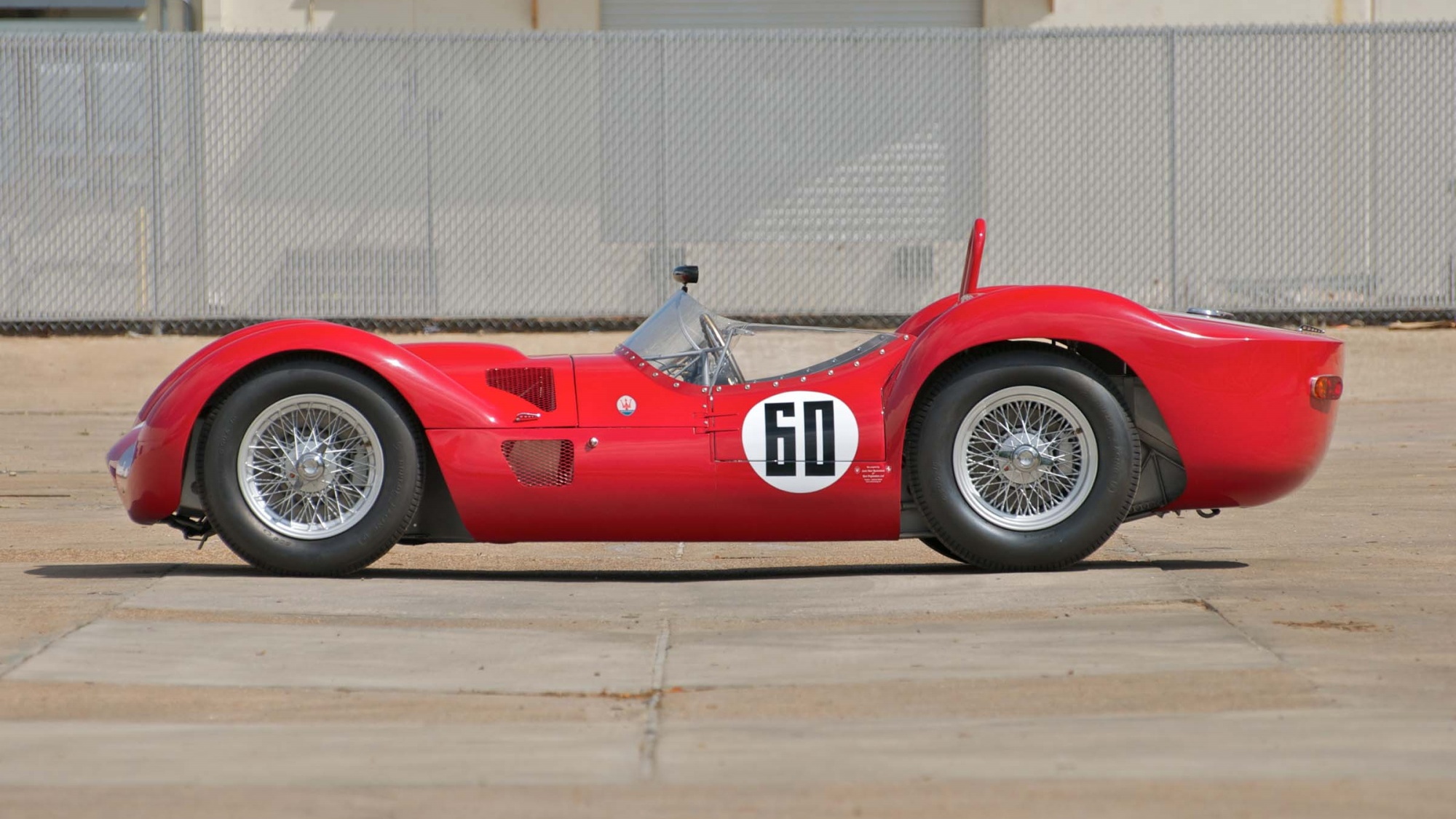 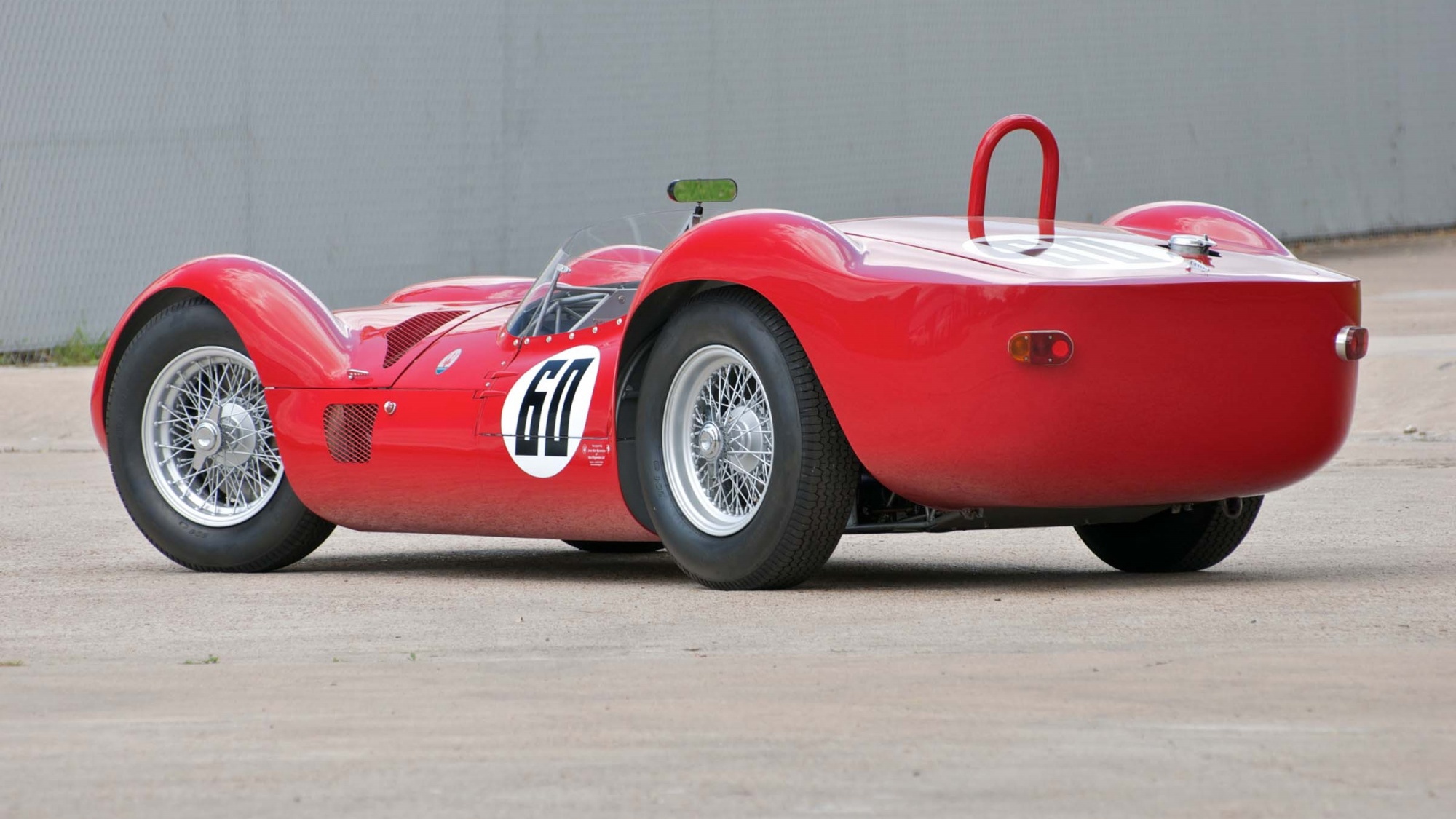 UPDATE: We were the first on the Web to bring you word that the 1960 Maserati Tipo 61/60 "Birdcage" chassis no. 2459 coming up for auction at the Mecum Monterey Auction to be held during Pebble Beach's classic car week. Today, we received word from Sam Murtaugh at Mecum that the auction description for the car has been updated with more complete information about the car's history and origins.

The new description includes the fact of the original chassis no. 2459's destruction in 1962 and its painstaking reconstruction and certification through the FIA.

Mecum's description goes on to state: "Some internet blogs have called the car a fake and counterfeit. We would like to define fake or counterfeit as words that pertain when you attempt to deceive someone. The history and explanation is fully disclosed on this car.  We do acknowledge that there can be a difference of opinions. The owner/seller’s opinion is he is selling a re-constructed current rendition of the original."

We don't necessarily take offense to the statement, as we simply asked the question, when presented with pertinent evidence, if the car being offered as the original 2459 (as it was at the very least implied in the initial auction description) might not be exactly as it seems--in other words, a fake. With the full disclosure of the car's provenance, Mecum can now offer the car as a reconstruction of the chassis no. 2459 Birdcage in good conscience, and buyers can approach the car with full knowledge of its history.

The matter may be settled as far as Mecum (and its potential bidders) are concerned, but the Maserati lovers at the Autosport forums who first brought the matter to our attention continue to find fault with the car and its status.

ORIGINAL: We just received word through our tip line that the 1960 Maserati Birdcage #2459 going up for auction at the Mecum Monterey Auction during Pebble Beach week is a fake. We haven't been able to confirm one way or the other yet, but the evidence is compelling.

The tipster led us to the Autosport forums, where member RA Historian posted up alleged details on the history of chassis #2459, including a quote from the Oosthoeck/Bollee book The Magnificent Front Engined Birdcages, which states the car originally built with that chassis code was scrapped and used for parts on other Birdcages after a catastrophic end-over-end wreck at Daytona in February, 1962.

RA Historian adds that he has written to Mecum about the issue, and was told in an email by John Kramen at Mecum, "The complete history and fitting of this specific racer is accurately and correctly stated in the website description at www.mecum.com, with information provided by the vehicle principle [sic]. Certainly the spectacular completion by world renowned and respected Birdcage expert Steve Hart in 2010 combined with FIA approval places this historic racer among the most desirable and sought after investment grade sports racers ever produced." That non-response skirts the issue, but does point toward Mecum's ad for the car, which represents it as a "restoration" rather than a reconstruction or replica. The auction description goes on to imply that the car up for auction is one of the remaining 21 original front-engine Birdcages in existence.

The auction description lists the car's vitals as:

We have also contacted Mecum and are waiting on a response.

Even if the Birdcage up for auction isn't the real item, it's still a beautiful, valuable car--just not as valuable or historically significant as it claims to be. That's a fact the bidders should know and Mecum should disclose if true, but at the same time, it wouldn't stop us from bidding on the car--knowingly, and for a reasonable price.

We'll keep you posted if/when we hear from Mecum on the matter or as the situation develops.

Thanks for the tip, Frank!