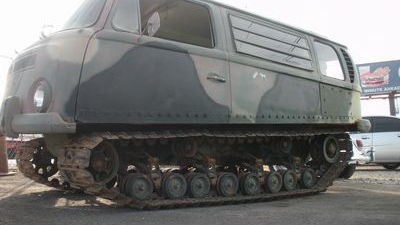 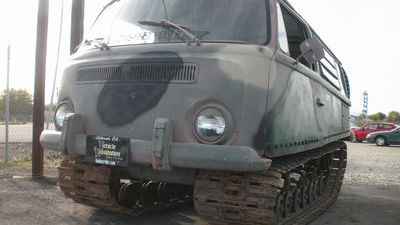 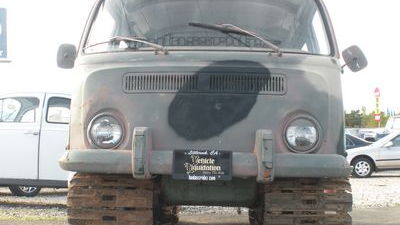 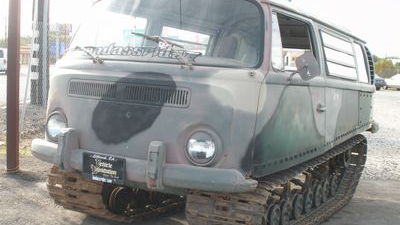 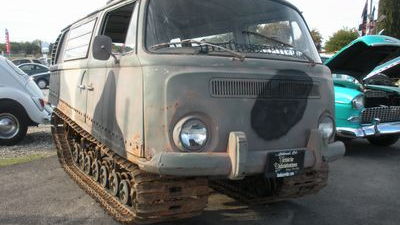 "We call it the tank," the ad proclaims, and if ever there was an ugly relic that best summed up the military-industrial history of two countries, it's this one.

According to the sellers out of Littlerock, California, this here's a 1945 Studebaker Wiesel. As far as we can tell, it's a Robot Chicken-style Frostyclaus mashup of a WWII-era tank and a VW Microbus. The tank half comes to you via your grandparents' economic sacrifice; the VW half, we bet, came from some pothead in Northern California who had no idea his precious would end up in camo drag, working for The Man.

Maybe you'll be the lucky owner who rolls into Coachella or Burning Man with some seriously ironic hardware. Would we buy it? Hell yes, we would.

We're betting Pat Robertson will blame this unholy union on letting gays serve openly in the military. To us, it's just one more sign that "don't ask, don't tell" was a little late to what was obviously one very wild paramilitary party.