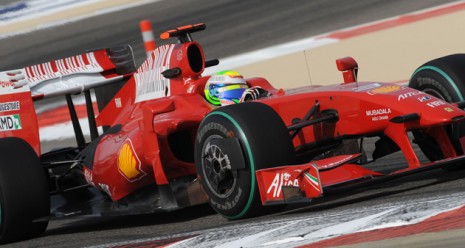 We first heard rumblings that the commercial rights to the highest echelon of motorsports, Formula 1, might be for sale last month, and within weeks of that original report we received official confirmation that a consortium led by the Exor investment group and Rupert Murdoch’s News Corporation is planning to approach minority partners and key stakeholders of the sport about a possible purchase.

Exor, as some of you may already know, is run by the Agnelli family and its scion John Elkann. The Agnelli family also happens to be the biggest stakeholder of Fiat, which in turn is the parent company of Ferrari, one of Formula 1’s most successful teams.

This of course led to claims of a major conflict of interest. Ferrari has since issued its own statement on the matter, which we’ve posted an excerpt of below:

There has been much turbulent discussion following yesterday's press release from Exor and News Corporation regarding the future of Formula 1 and, obviously, there have been many requests from the media wanting to know Ferrari's opinion on this matter. "We have no comment to make, partly because we are not directly involved at the moment," said a Maranello spokesperson. "All we can do is repeat what has already been said so often in the past: Ferrari stresses the importance of ensuring the long term stability and development of Formula 1."