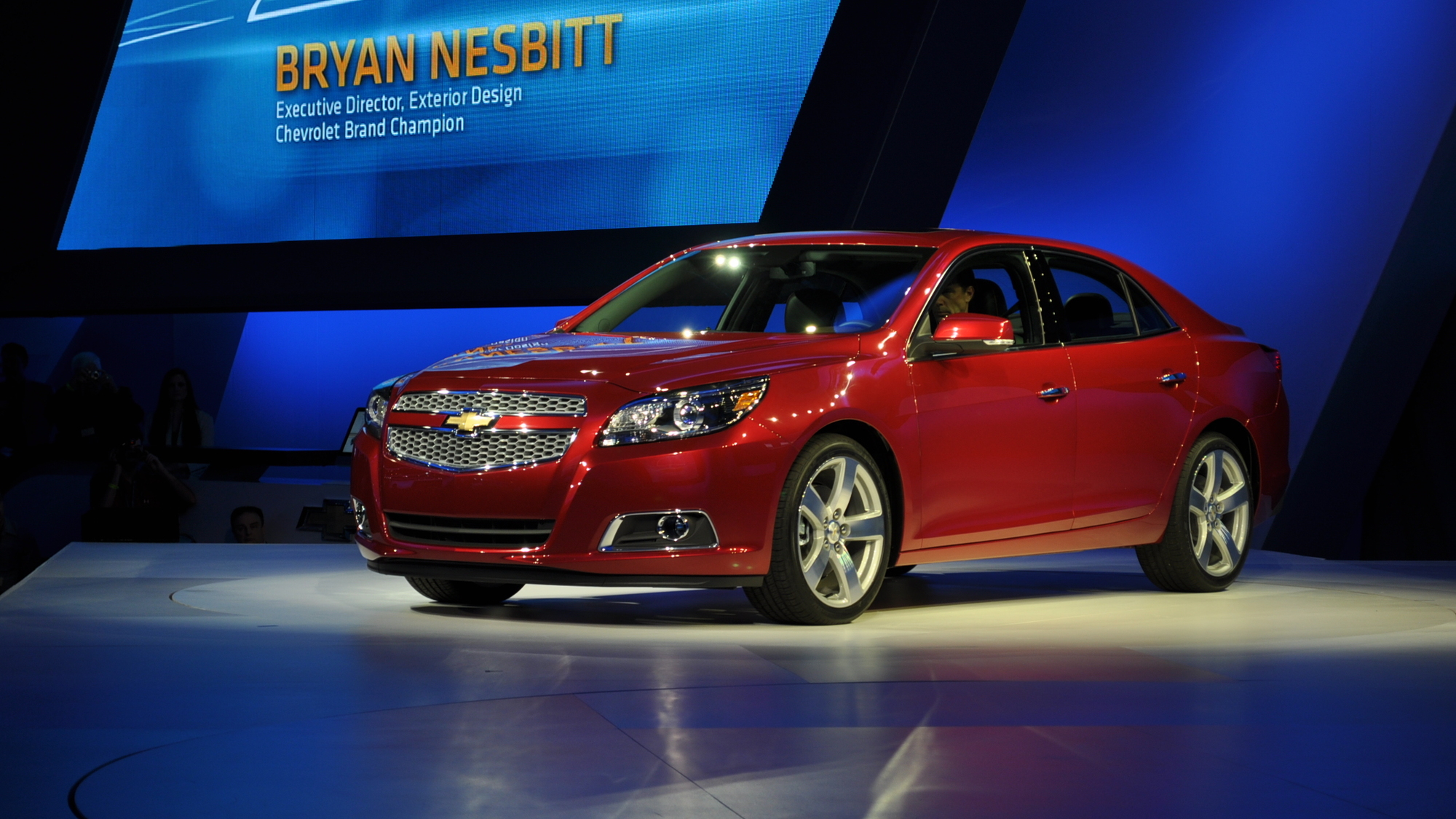 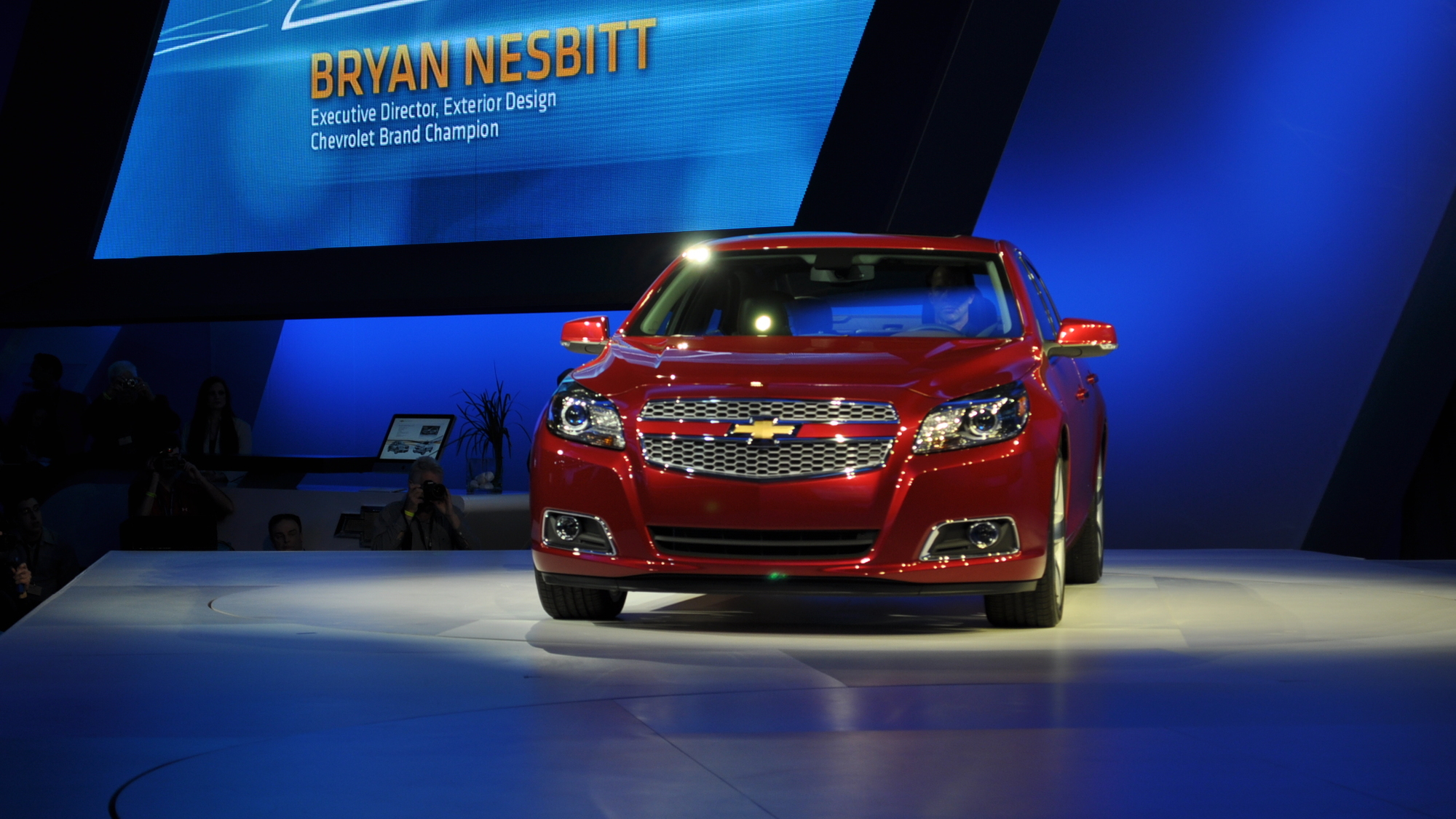 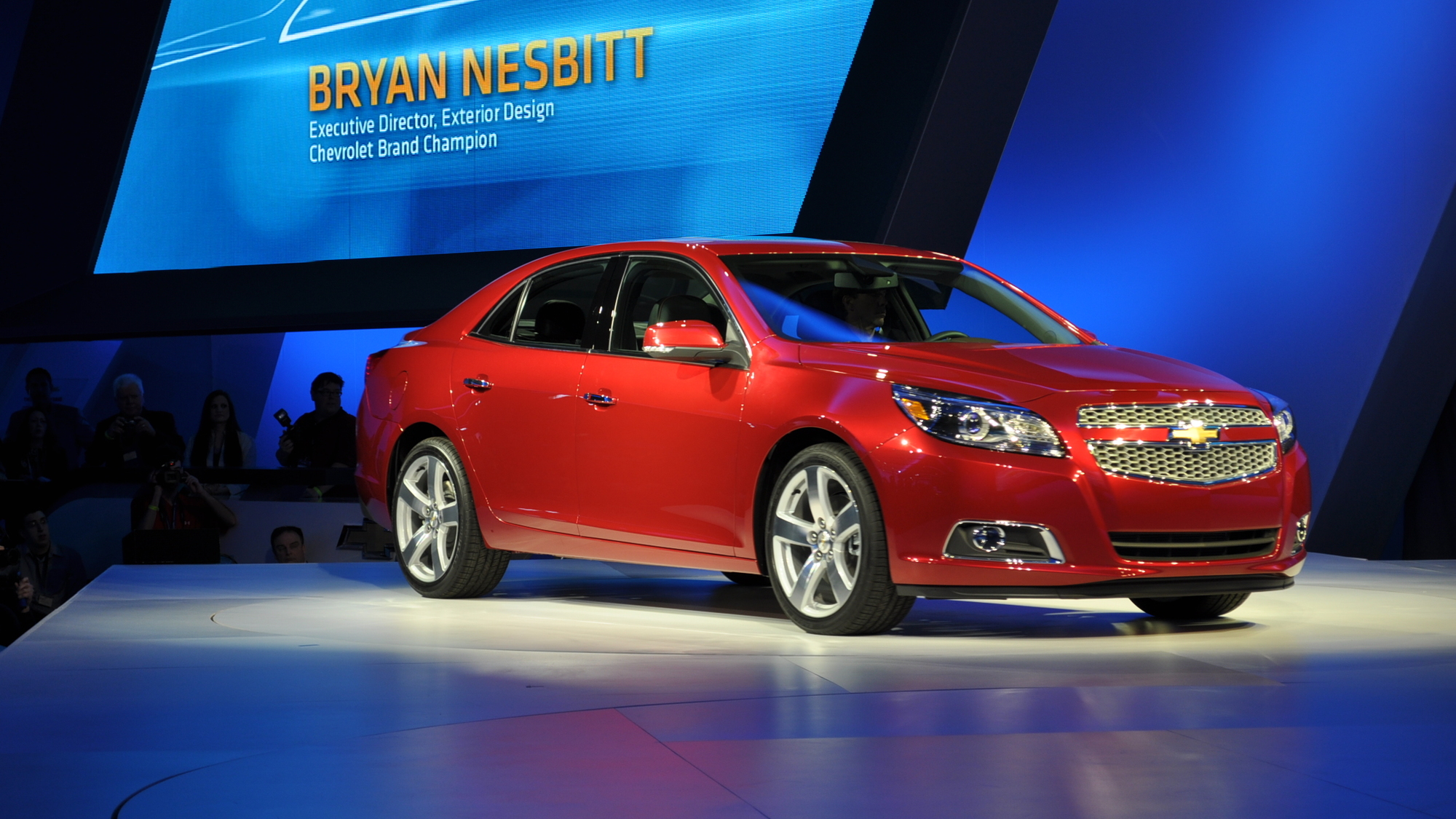 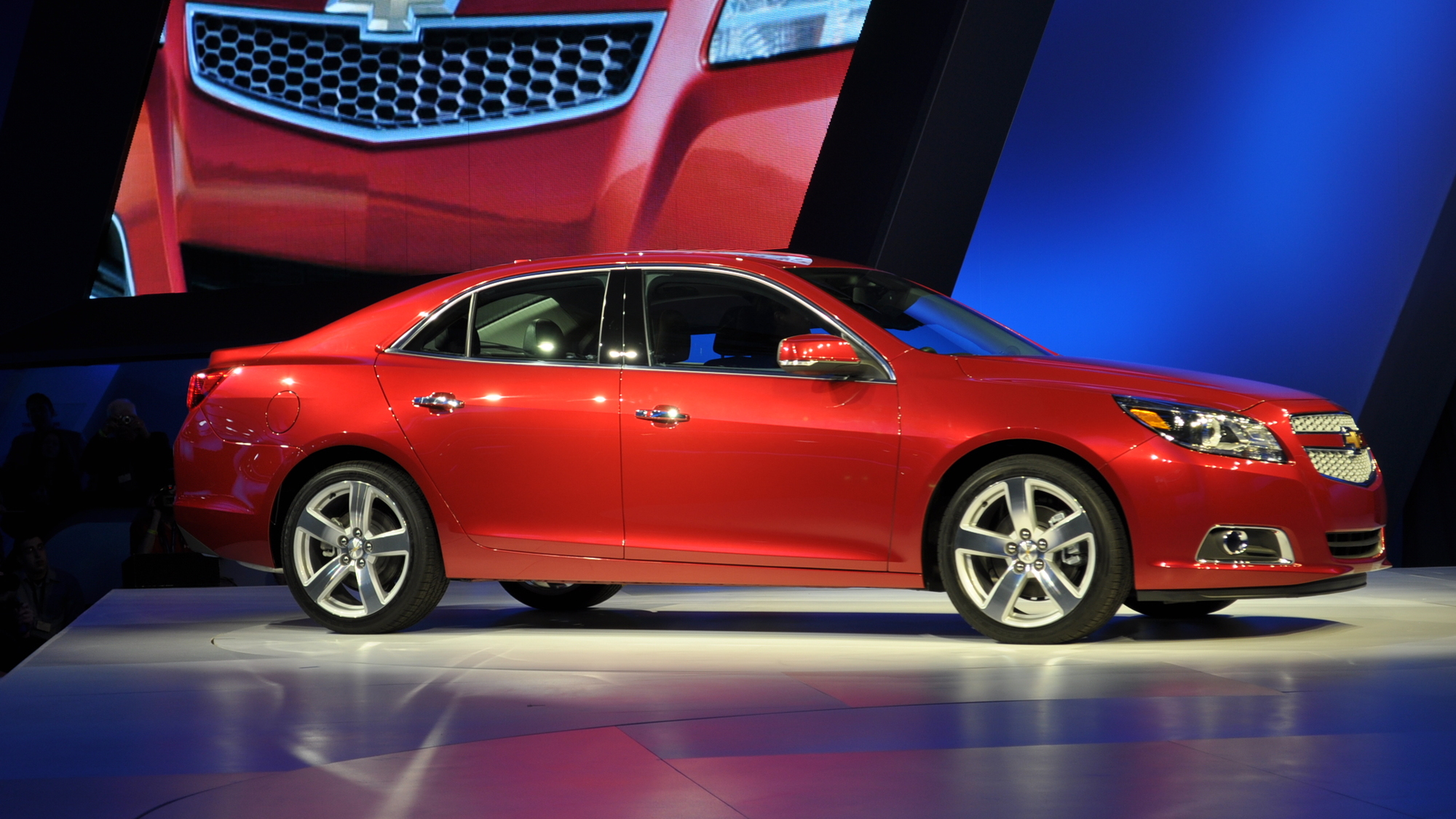 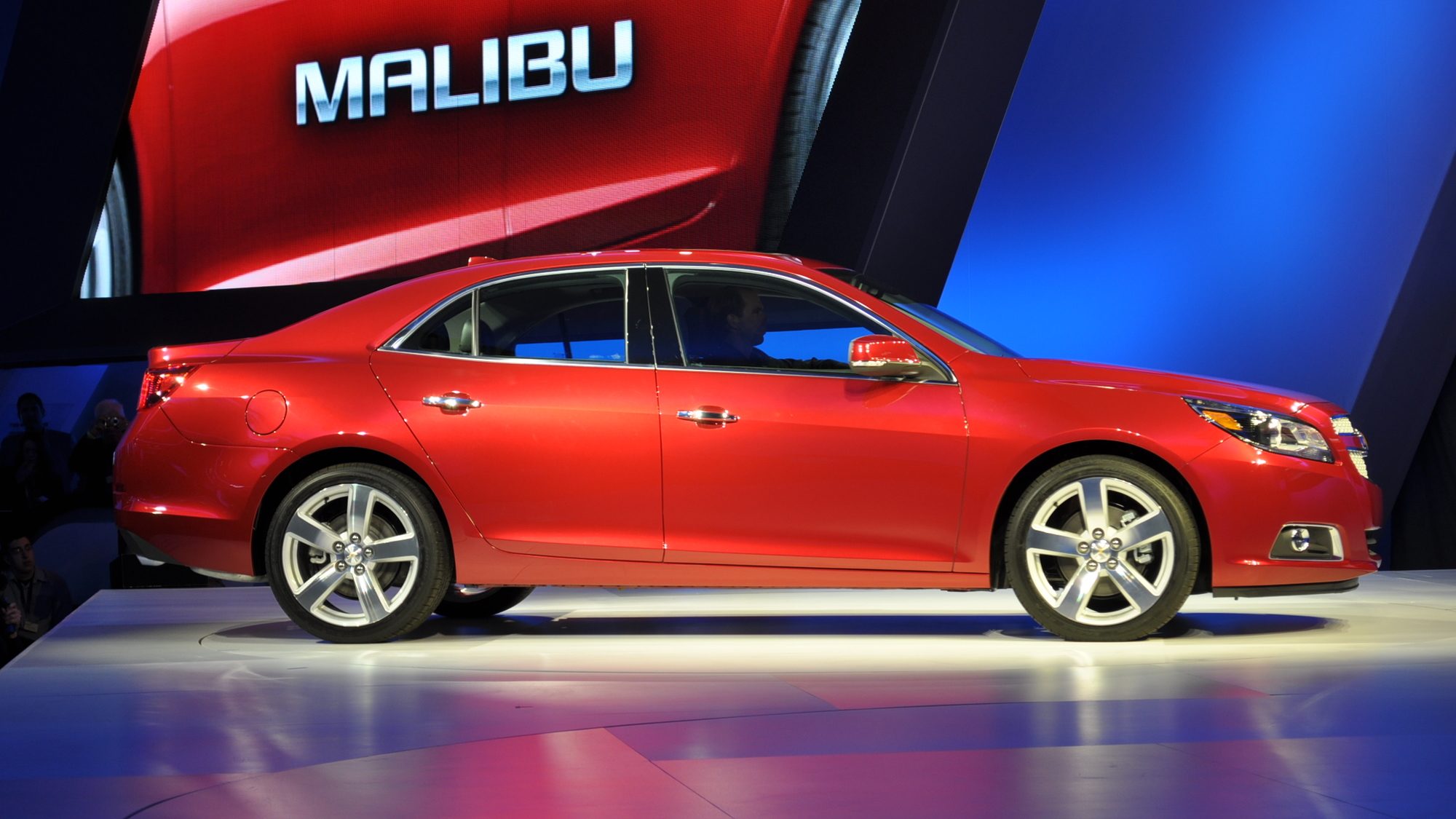 With a wider stance, HID headlamps, and LED taillamps, and showy wheels, plus all-new trims and interior materials, the new Malibu looks poised to take a step upmarket, if not in actual price, in perception next to mainstream market leaders like the Ford Fusion, Honda Accord, Hyundai Sonata, and Kia Optima.

The standard powertrain on the 2013 Chevrolet Malibu will be a 190-horsepower, 2.5-liter four-cylinder engine with a six-speed automatic transmission. The new Malibu is actually a few inches shorter (though slightly wider), and tanks to a lighter curb weight and other fuel-saving measures like electric power steering, the 2013 Malibu should beat the current car's figures. And for those who want greener, there'll be a new Chevrolet Malibu Eco that promises a class-leading (at least compared to non-hybrids) 38 mpg highway and will be priced lower than other hybrid models.

Technology takes center stage, finally, in the upcoming Malibu, with the new MyLink infotainment system, which according to GM "builds on the safety and security of OnStar and seamlessly integrates online services like Pandora internet radio and Stitcher SmartRadio." One particularly cool feature is that the radio face swivels up and out to reveal a storage area just behind.

Safety has been bolstered, too, with new roof-rail airbags, driver and front passenger knee bags, pelvic and thorax side-impact bags, available rear side bags, and a lane-departure system and rearview camera system available.

Take a look at the gallery above for a better look at this all-new sedan that won't arrive to Chevy dealerships until calendar year 2012; and stay tuned to follow more news and details of upcoming vehicles, live from the floor of the New York auto show.