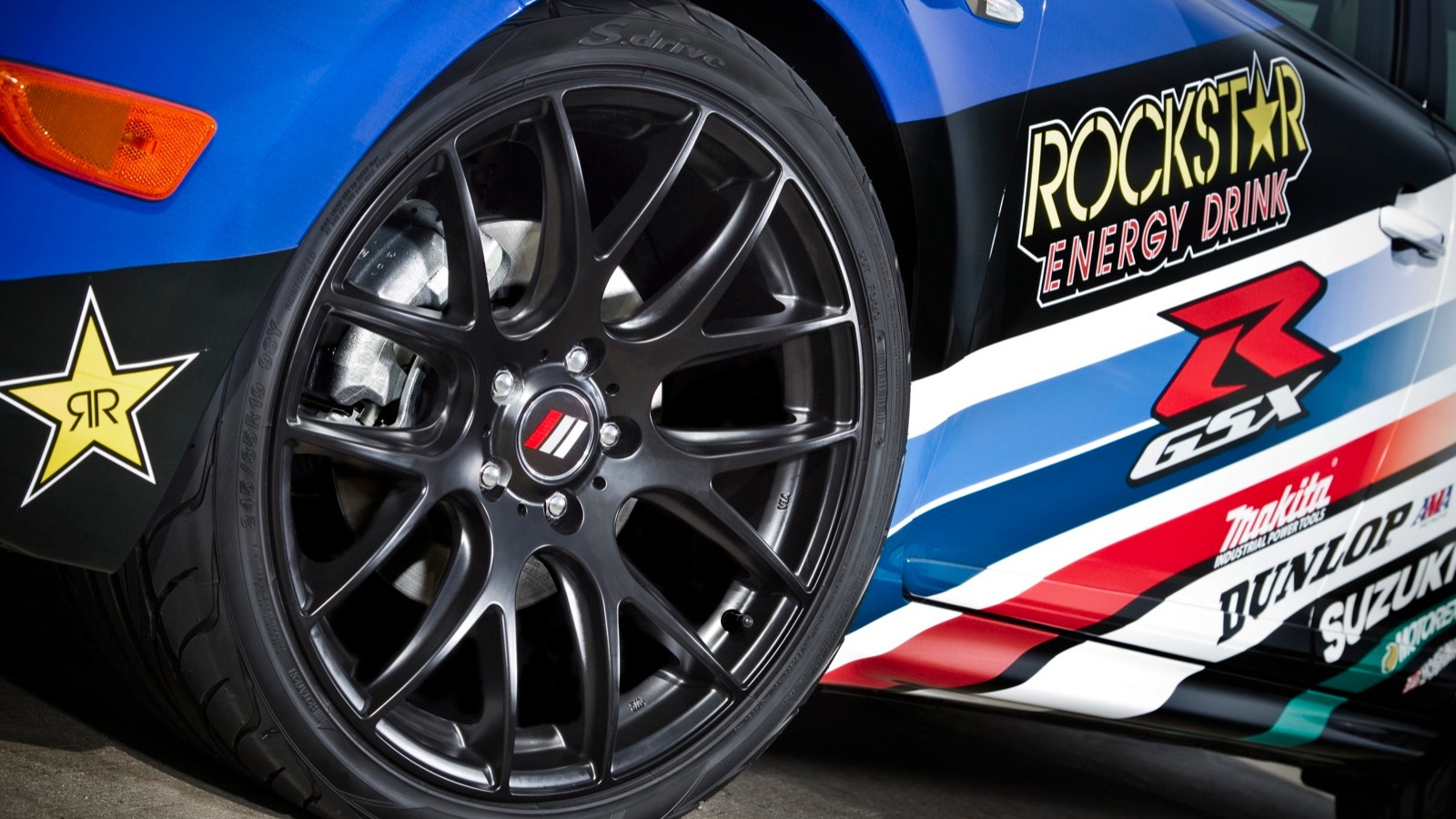 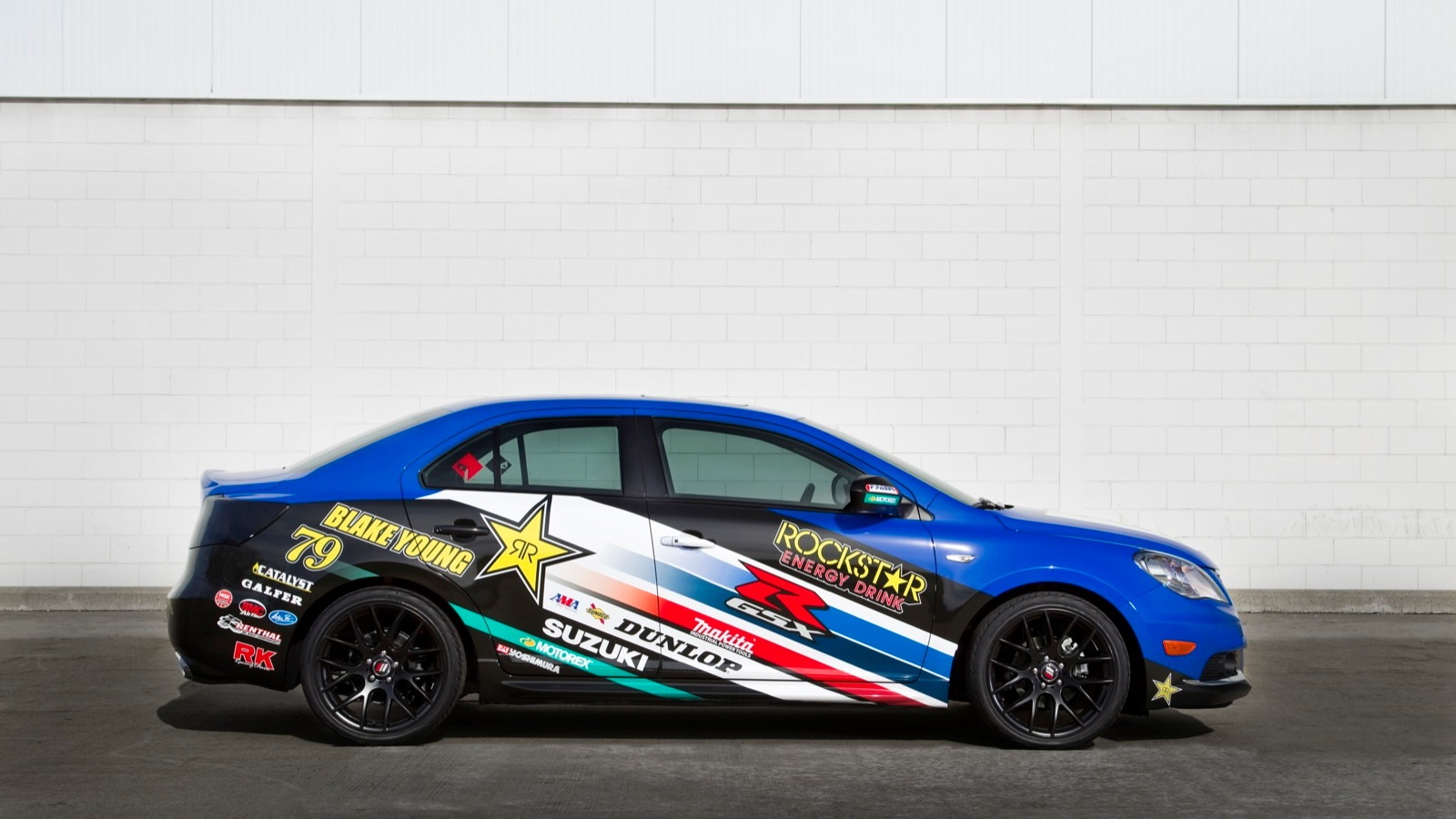 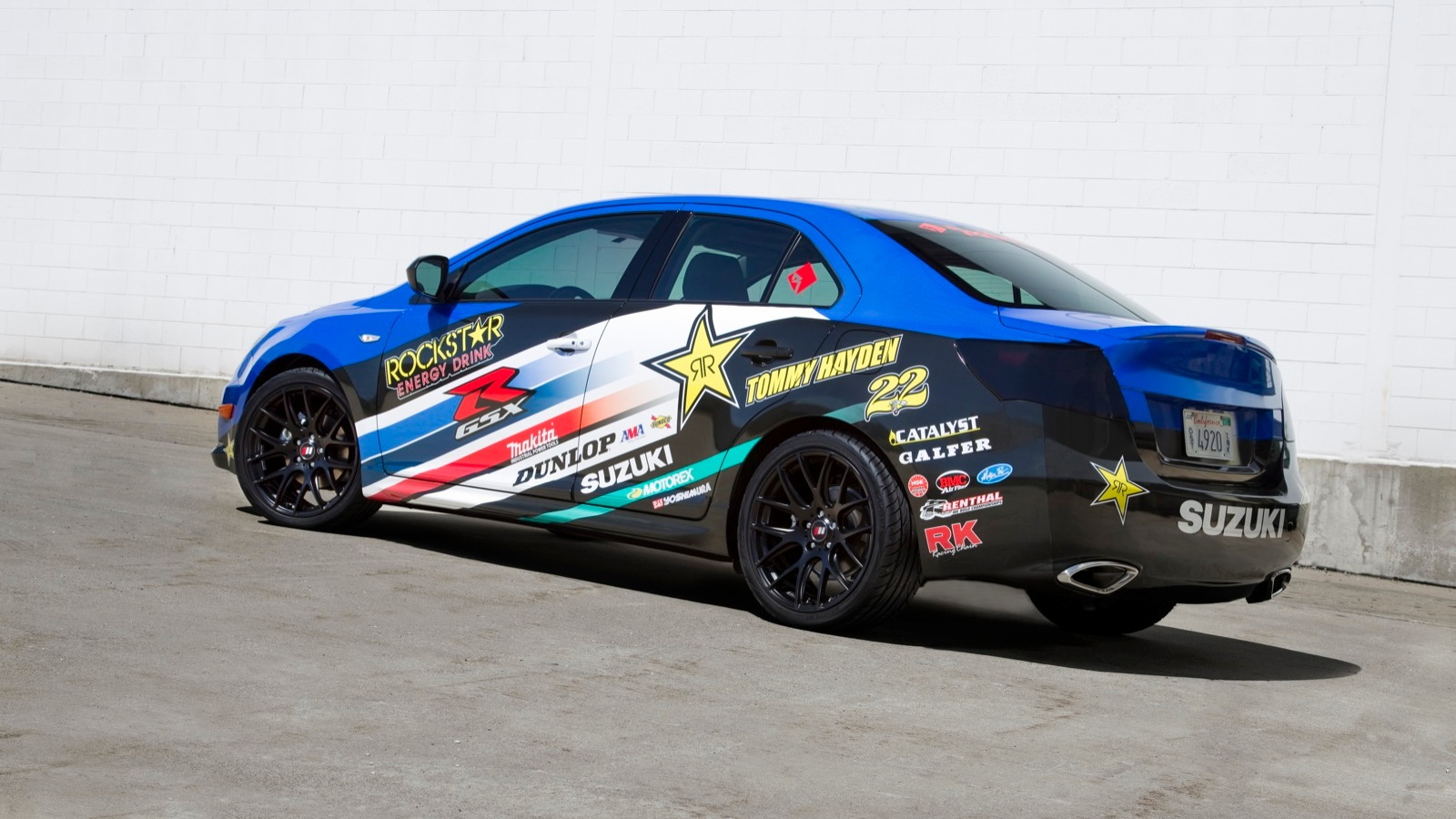 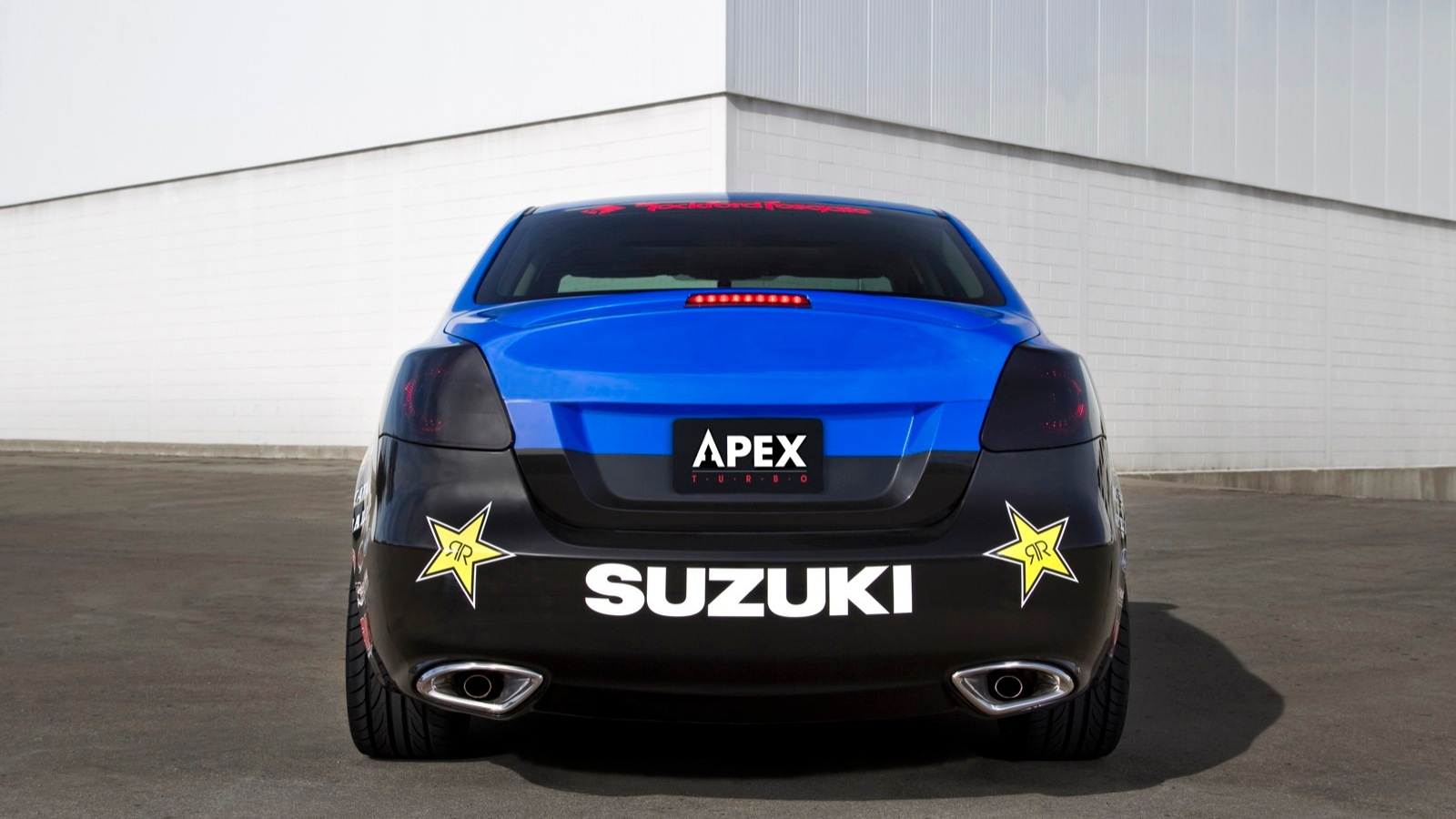 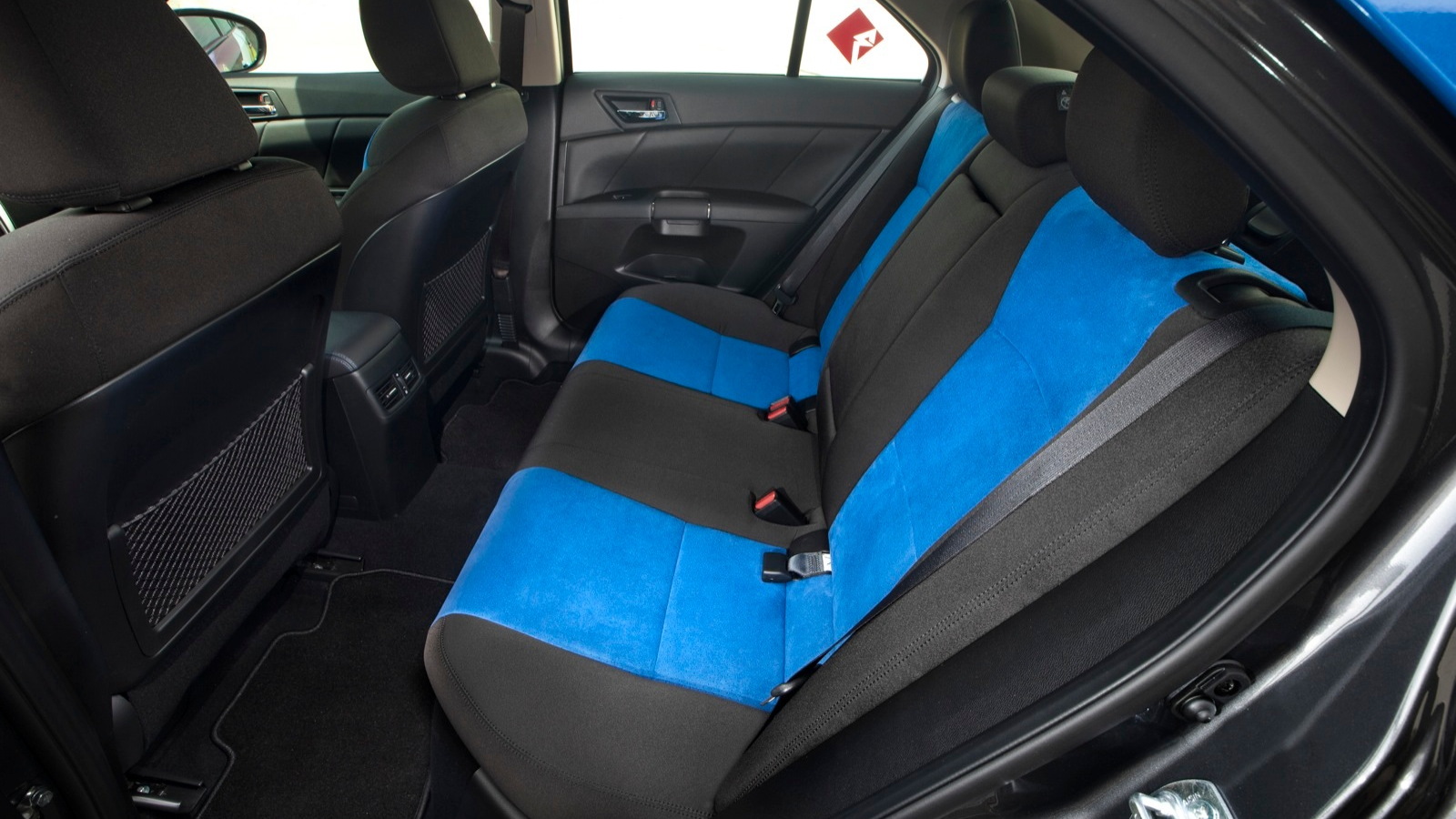 It was exactly a year ago that Suzuki introduced the new ‘Sport’ variant of its very capable Kizashi mid-size sedan. Contrary to the buzz leading up to the car’s unveiling, Suzuki chose not to add any more power to its Kizashi Sport but rather focus on accessories such as polished wheels and bodykits. Suffice it to say, it was a major letdown for fans.

As the 2011 New York Auto Show ramps up Suzuki is bringing a new Kizashi to audiences but this time it won’t be making the same mistake. On display this week will be the new Kizashi Apex Concept, a sporty version of the Kizashi inspired by the Suzuki’s world-beating line of superbikes.

The Kizashi Apex is essentially a turbocharged version of the popular mid-size sedan, complete with a Garrett turbocharger, air-to-liquid intercooler, ECU retune and electronic boost controller.

With a relatively mild 8.5 psi of boost on board, the Kizashi Apex delivers up to 300 horsepower from the standard Kizashi’s 2.4-liter four-cylinder engine. The potent powertrain is matched exclusively to a six-speed manual transmission, which then sends drive to all four wheels.

Sadly, Suzuki hasn’t mentioned any production plans. For now, the Kizashi Apex Concept will only be used to evaluate the potential of a new turbocharged version of the automaker’s popular mid-size sedan.

Catch our complete coverage of the 2011 New York Auto Show by clicking here.