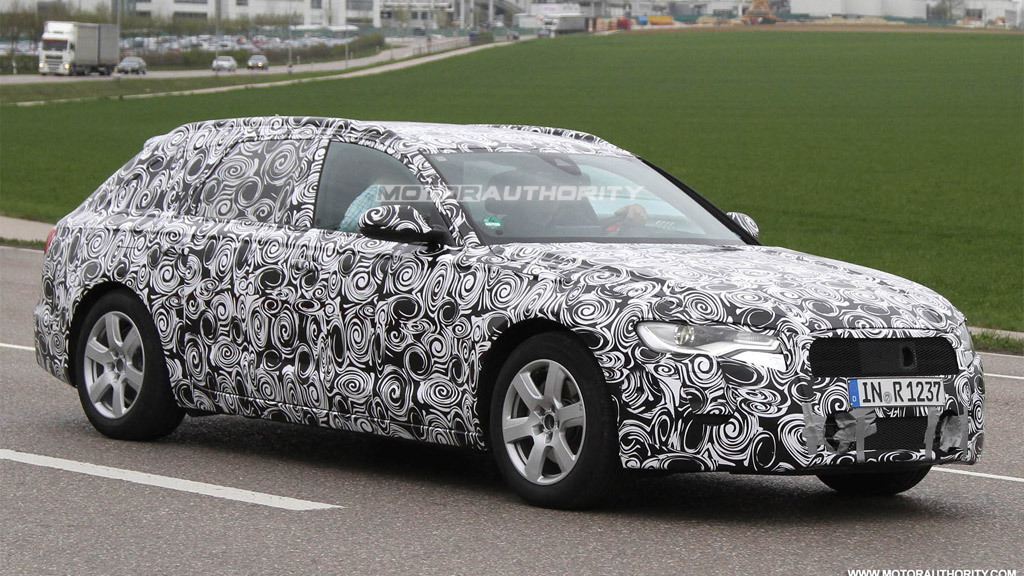 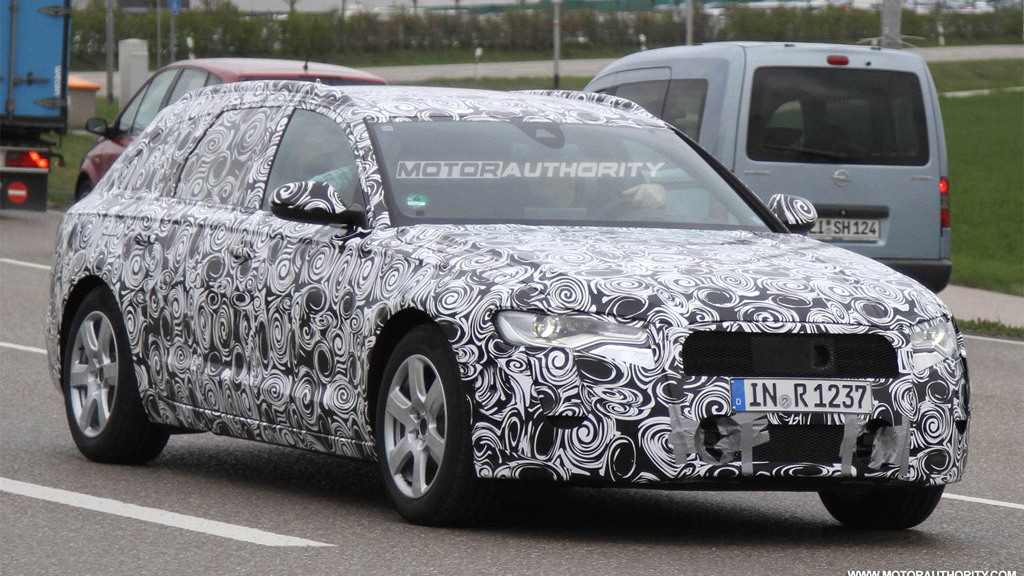 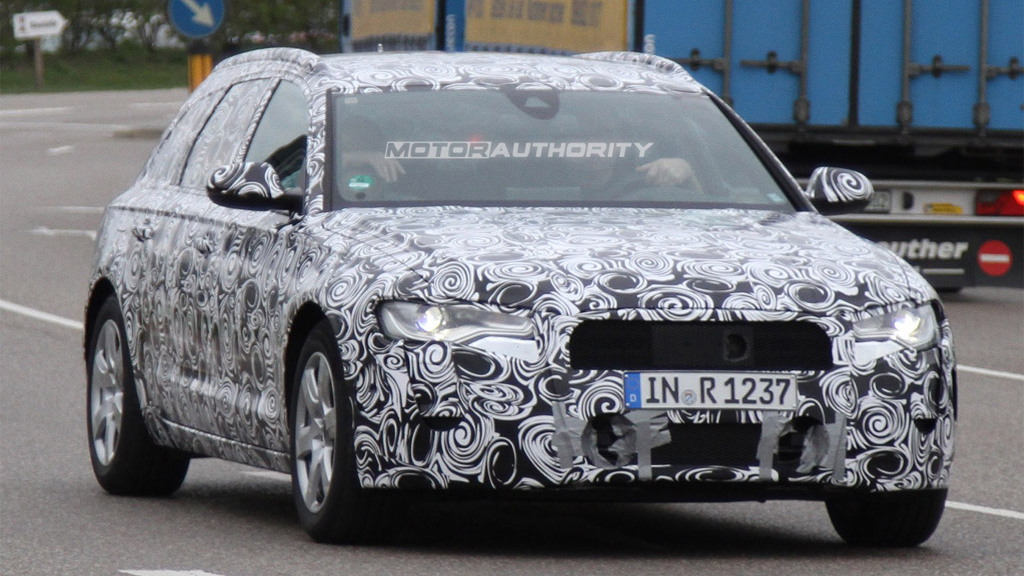 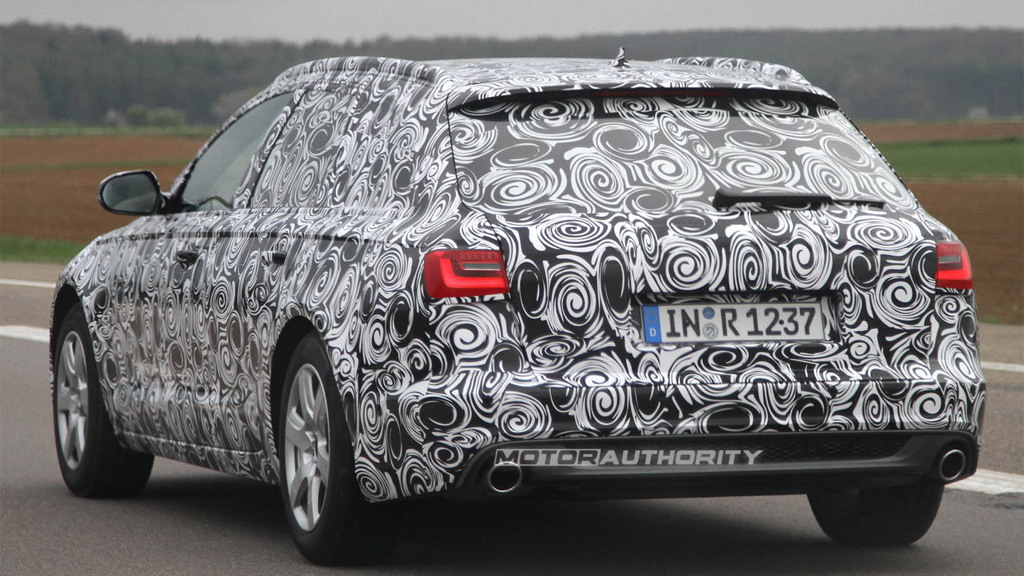 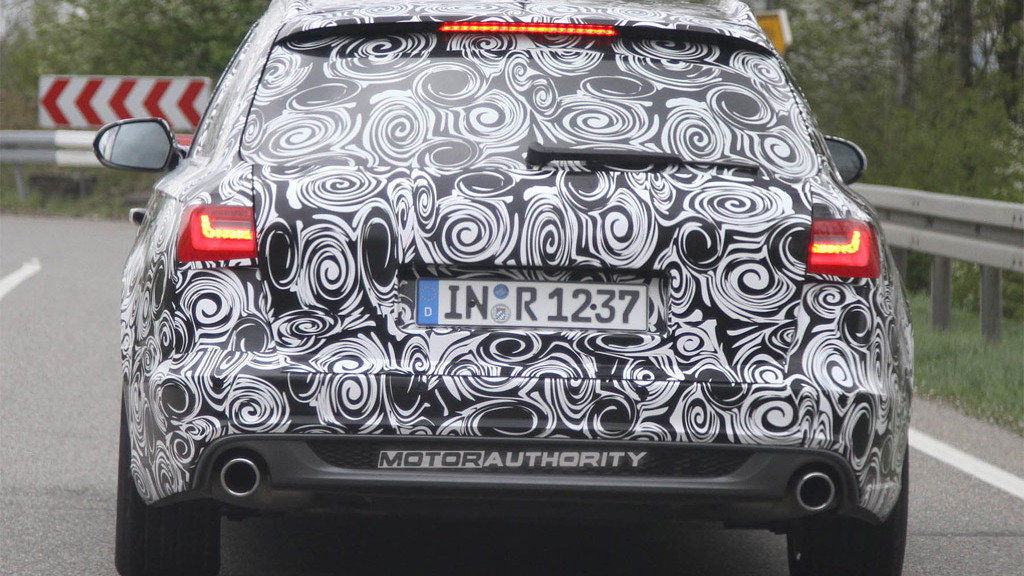 All the details and images for the new 2012 Audi A6 have been out for a while now but there are still several variants apart from the regular sedan still in the works, though not all have been confirmed for sale in the U.S. These include the high-performance S6 and RS6 models, A6 Hybrid and possible all-electric 'e-tron' variants, as well as a stylish Avant wagon, the latter of which has been spotted today testing in prototype form.

We can pretty accurately surmise what the new A6 Avant will look like by simply imagining the new A6 sedan’s front-end stuck on a wagon body. However, these spy shots show us just what final shape Audi has planned for its latest A6 Avant.

Like its sedan sibling, the A6 Avant should feature five available powerplants generating between 177 and 300 horsepower of output: two gasoline engines and three TDI turbodiesels. Of course, there is also expected to  be respective hybrid and performance models, the most potent being the RS6 Avant, which should ship with a twin-turbocharged V-8 churning out close to 600 horsepower.

First sales in Europe are scheduled to start early next year, following a debut most likely at the 2011 Frankfurt Auto Show this September. As mentioned, there’s still no word on whether the new-generation A6 Avant will reach the U.S. but given Audi’s interest in dominating the U.S. luxury auto market we might just get lucky.

In the meantime, click here for all the official details on the new 2012 Audi A6.