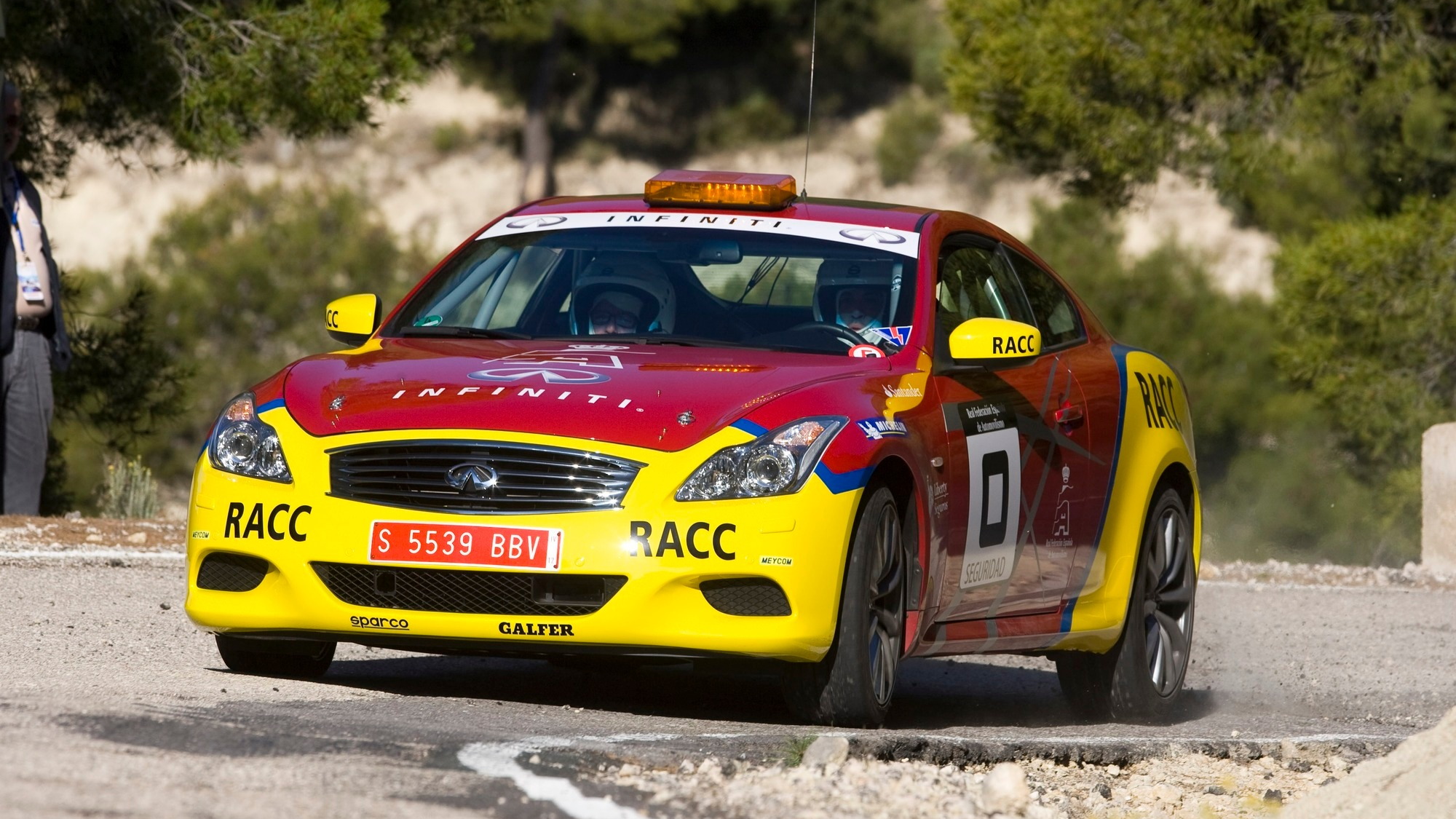 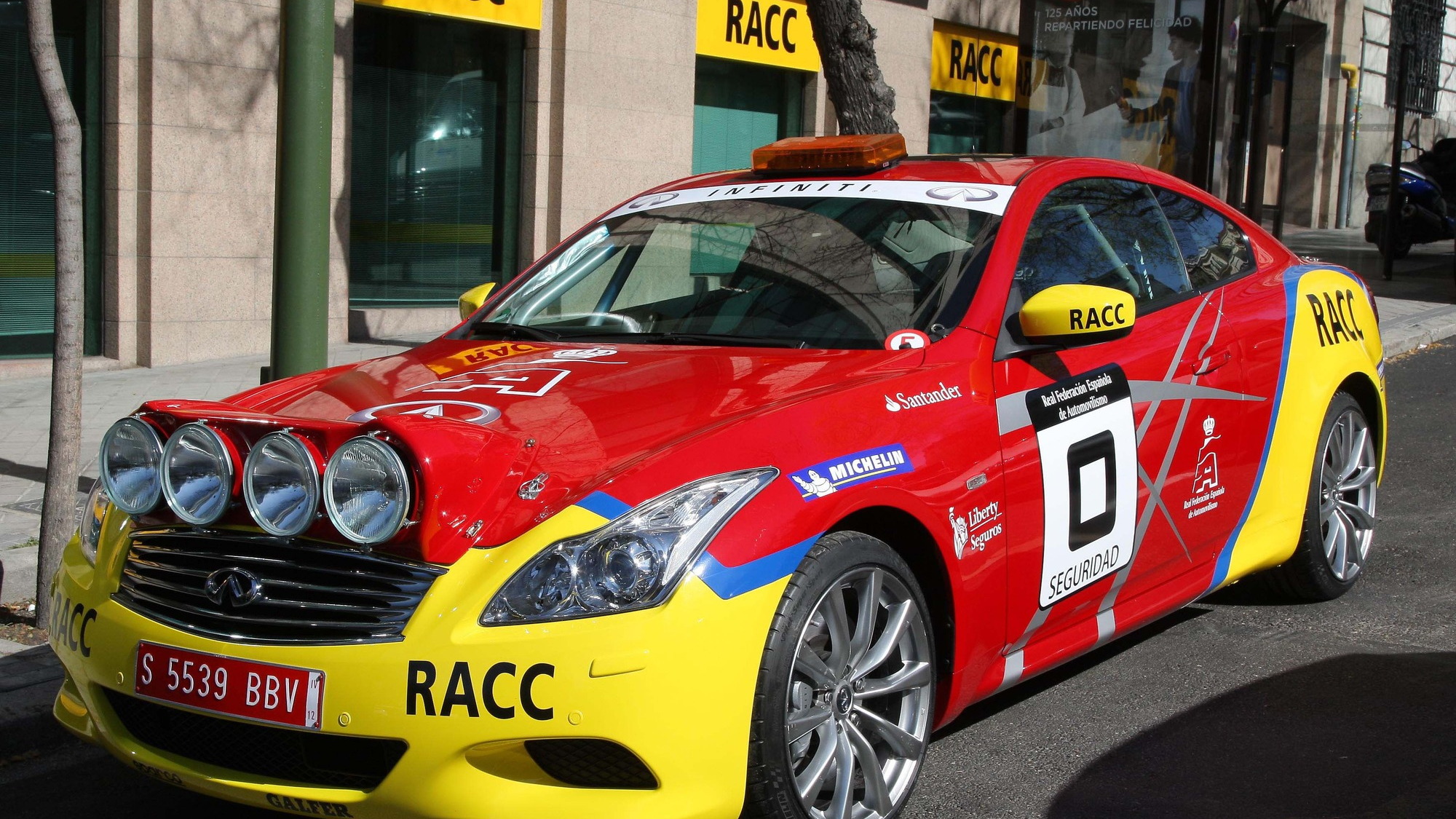 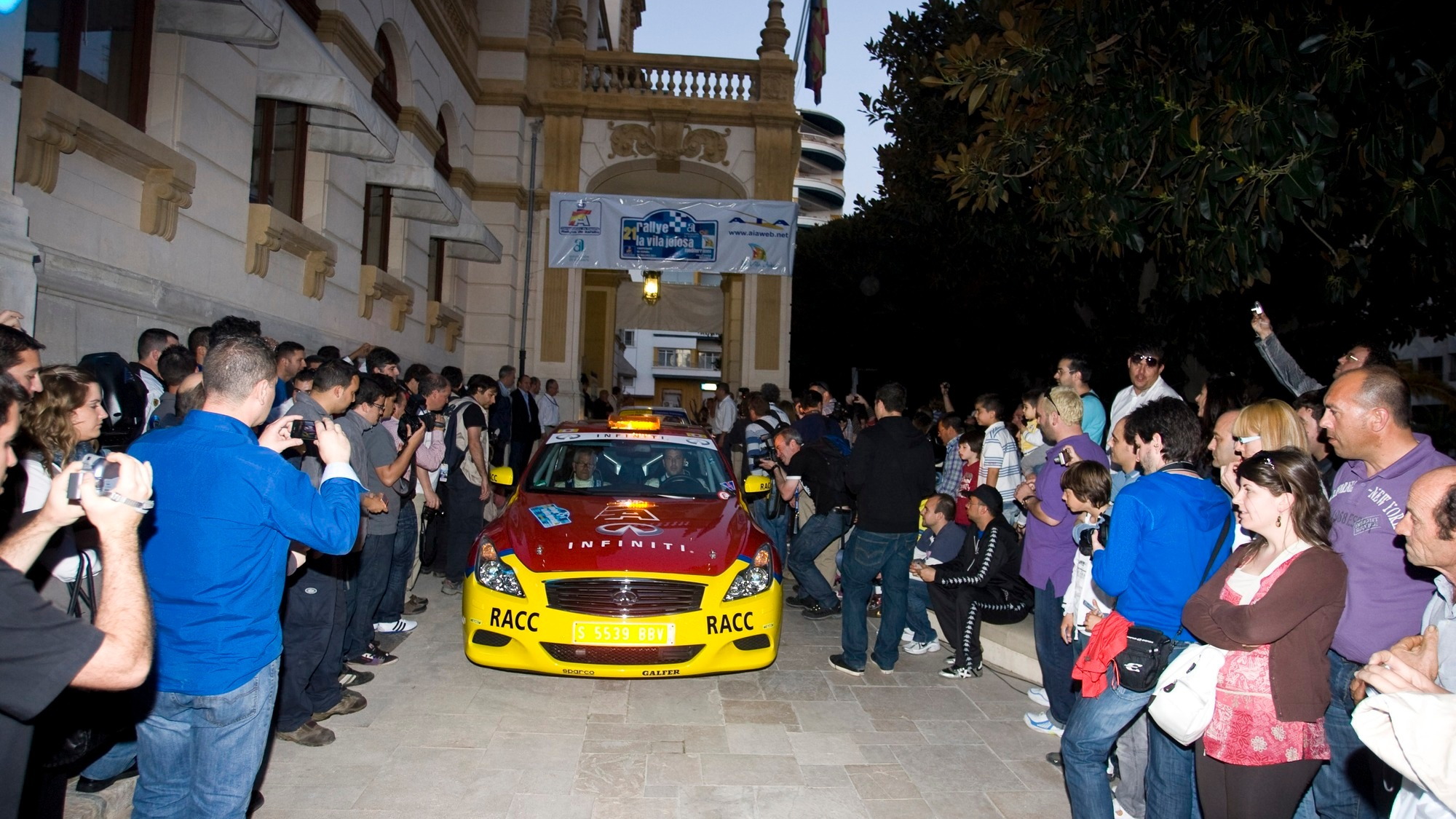 When you think of Rally, Infiniti isn't the first name that comes to mind. Even Nissan, its parent, isn't. In fact, there's so little tie-in between the two, the unveiling of a rally-prepped safety car for the Spanish Rally Championship is completely surprising.

It's a pleasant surprise, too. The G37 S Coupe was chosen as the basis for the rally safety car, and though that means it's a six-speed manual transmission car, it also means it is rear-wheel drive, not all-wheel drive as you might expect--Infiniti only packages its all-wheel drive system with an automatic transmission.

Power output is the same as the standard production car--320 horsepower--but the entire suspension and chassis has been beefed up to handle the terrain it will face. Bilstein dampers, a roll cage, upgraded brake pads, a siren, a light bar, Sparco racing seats and harnesses, a fire suppression system, and high-performance Michelin tires round out the safety and performance upgrades.

A GPS navigation system and communications equipment were added to help the car get to the remote areas where rally competitors often face the worst trouble.

The Infiniti safety/rally car got its first taste of action last weekend at the Rally of Villajoyosa.