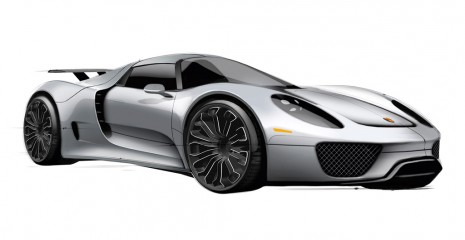 Infiniti may be touting its performance hybrid credentials with the 2012 Infiniti M35h, and the zoomy commercials that have hit the airwaves and YouTube certainly look pretty good. But the company's reign as the hybrid performance king will be short lived if Porsche has anything to say about it.

Thanks to overwhelming demand, the Porsche 918 concept that was shown last year at the Geneva Motor Show is going into production. Furthermore, the well moneyed among you can order yours now at your Porsche dealership.

What makes the 918 Spyder special isn't the fact that it's a Porsche supercar. That's been done. No, it's that in addition to the 500-hp V-8 engine tucked behind the rear seats, there are two electric motors that combine for no less than an additional 218-hp. Not only is it a hybrid, but it's also a plug-in hybrid, which means that pure electric operation is possible. 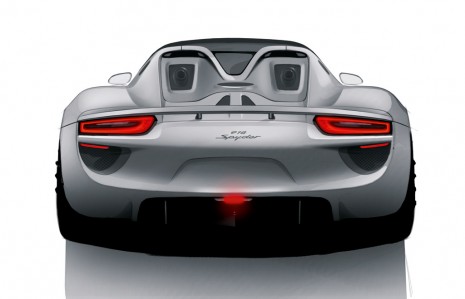 Production will be limited to 918 vehicles, which will be built at the company's Stuttgart-Zuffenhausen factory starting September 18, 2013 (9/18…get it?). The price will be $845,000, not including destination and handling charges.

That's a staggering amount of money to be sure, but this is a pretty staggering car. Even the preliminary specs are pretty amazing. The engine is sourced from the Porsche RS Spyder race car, and will displace more than 4.0-liters. The electric motors are situated front and rear, one per axle, and will be able to power the car alone for up to 16 miles at speeds up to 94 mph. It'll do all this while getting stellar fuel economy: 3.0 liters per 100 km on the European cycle. That converts to about 74 mpg, but keep in mind that's nowhere near an official EPA number, which will likely put it much lower.

But if you think that Porsche has gone all soft touting green tech and fuel economy for its supercar, think again. The 918 Spyder will accelerate from 0-60 in 3.1 seconds on its way to a 199 mph top speed, and Porsche says it's aiming for a 7-minute 30-second Nürburgring time, two seconds faster than its own Carrera GT. Of course head turning good looks are part of the package, too, as seen in the renderings. A full accounting of the style will simply have to wait until the real car is available. 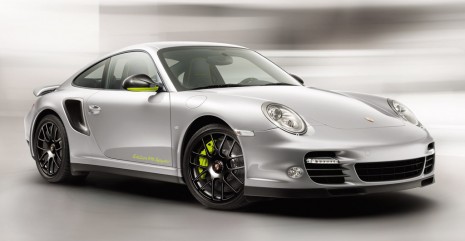 However, Porsche understands that two and a half years is a long time to wait for the 918. To show its concern, it is offering up a special edition of the 911 Turbo to hold 918 buyers over until their plug-in hybrid supercar (do those words even go together?) is ready. The 911 Turbo S Edition 918 Spyder boasts styling elements that echo those that will be found on the 918: acid green brake calipers, seat stitching and other highlights; carbon fiber trim; a limited edition badge. The special-edition 911 is available in coupe or convertible models, and will only be sold to 918 Spyder customers. They're available for order now, at $160,700 for the coupe, or $172,100 for the cabriolet. Those prices don't include destination, handling, or the $845,000 918 Spyder you'll need to order one.