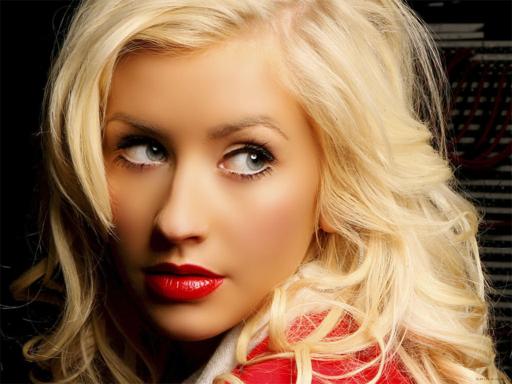 Christina Aguilera always seemed like the good girl (well, you know, as good as any girl can be in a corset and six-inch Louboutins). While her comrade, Britney, was busy getting married and unmarried and shaved bald, Christina was recording solos and duets and not wedding her backup dancers. But Aguilera may have finally hit her breaking point: last night, she was hauled out of a car and into the West Hollywood Sheriff's Station on charges of public drunkenness.

Of course, Xtina has had her share of troubles -- mostly with dubious personal assistants and what might be the very, very early stages of a mid-life crisis. (She's only 30, but remember, that's 63 in Hollywood years.) More recently, Xtina got socked with the double-whammy of (a) not getting an Oscar nomination for Burlesque, and (b) flubbing the national anthem at a little football game called the Super Bowl.

Last night, Xtina reached the bottom of her shame spiral. In the early hours of the morning, a car she was riding in was pulled over, and the driver was arrested for drunk driving. You might think that in a state known for outstanding vineyards, the police would've stopped there, but no: they shone their lights on Aguilera and found she was intoxicated, too. That earned her a trip straight to the tank.

Christina, if you're reading this, please know: it's not your fault. It's not your fault that California has such restrictive alcohol enforcement laws, it's not your fault that you goofed a song in front of America's largest TV audience, and frankly, it's not even your fault that Burlesque was so unwatchable. (Well, not entirely.) Just keep your head down and keep doing what you do best. And maybe when you have a spare minute, introduce Lindsey to your legal team. Heck, they sprung you on a measly $250 bail, so surely they can do something for her.