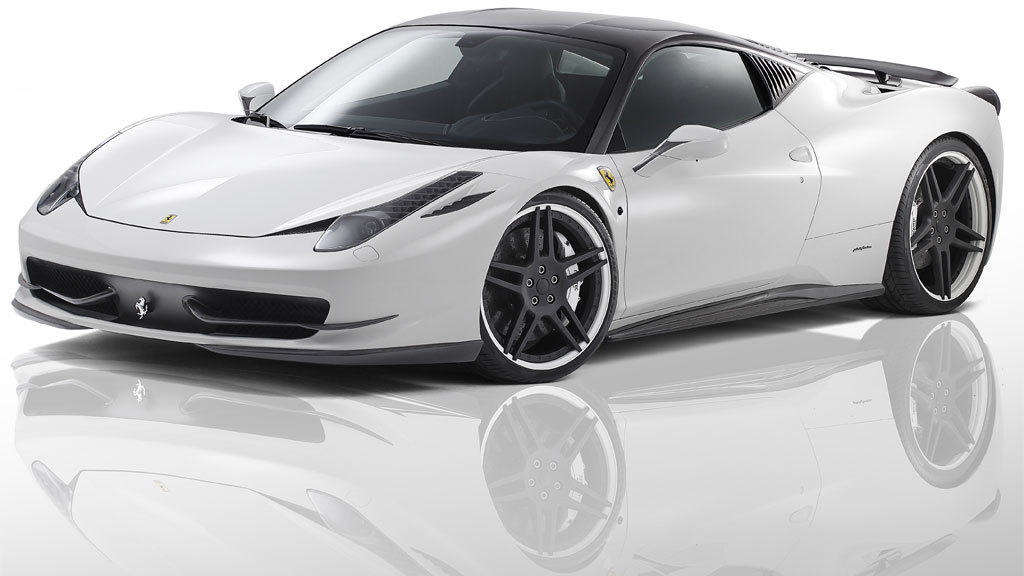 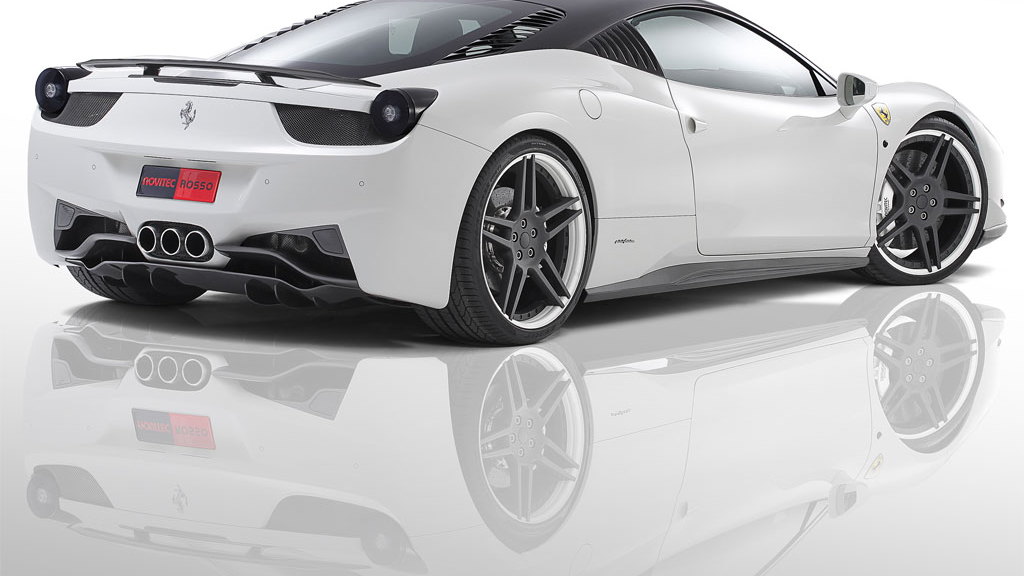 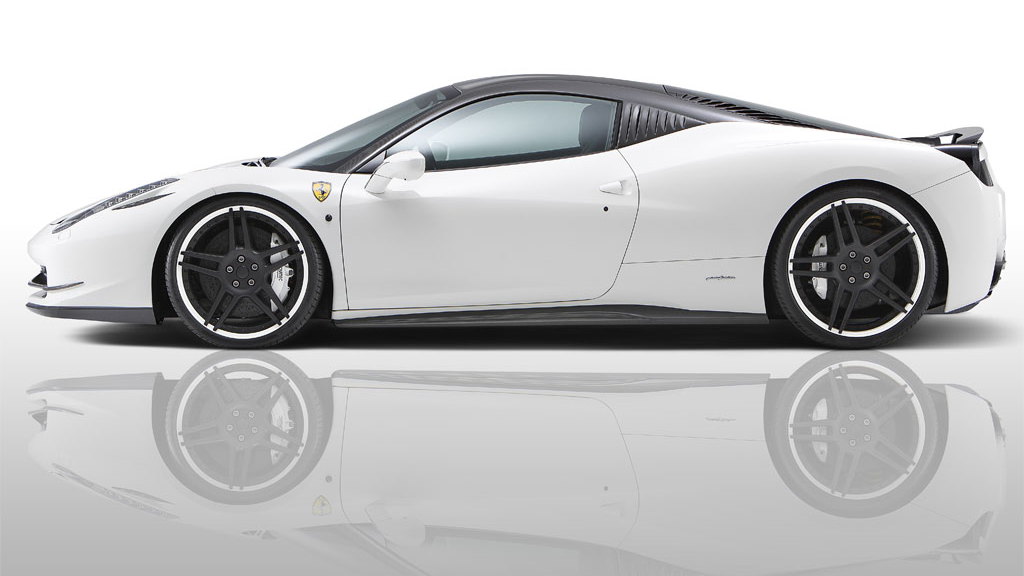 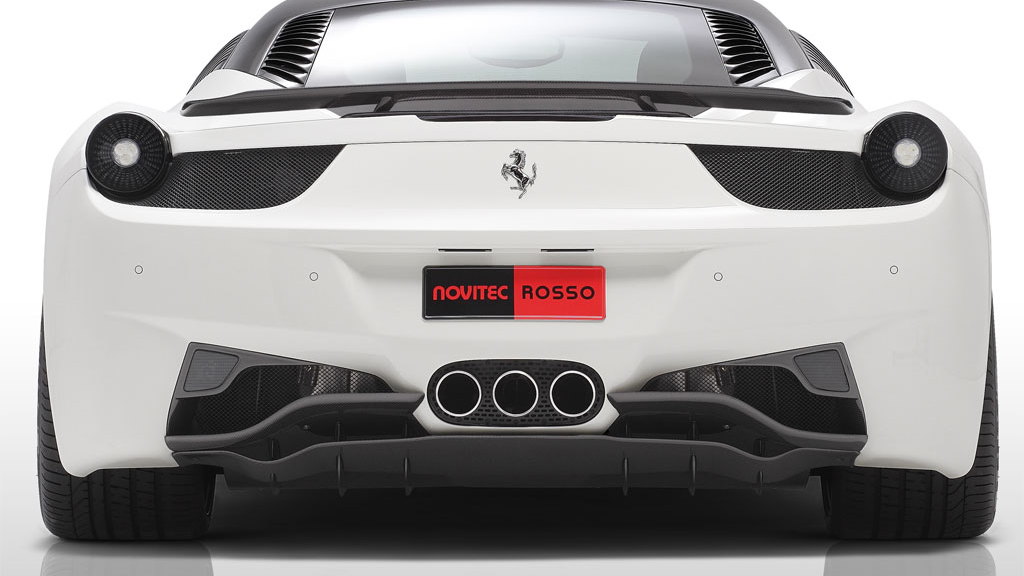 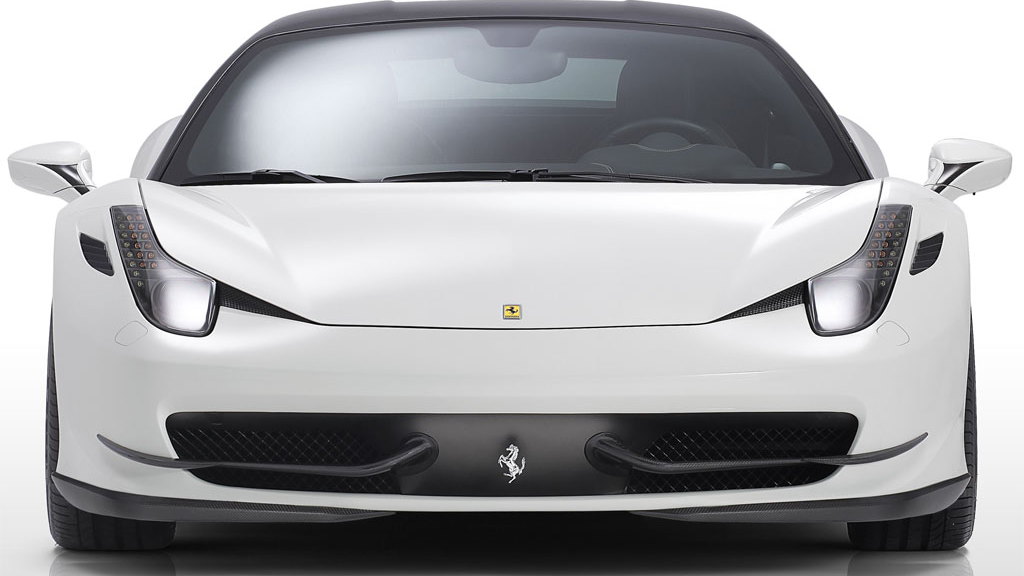 9
photos
It looks like the Ferrari California ‘Race 606’ won’t be the only modified supercar from Ferrari tuning experts Novitec Rosso at next week’s 2011 Geneva Motor Show. The German tuner has now rolled out its new performance upgrade for the exhilarating Ferrari 458 Italia, delivering an output of 609 horsepower--39 more than stock without the aid of any forced induction.

The list of modifications includes a high-performance exhaust system, made from the same material used in Formula 1 racing. This optimizes both power yield and exhaust note while weighing some 45 pounds less than the stock unit. The exhaust system also features three tailpipes, each with a diameter of 3.5 inches, as well as a control flap to adjust sound via the Manettino button on the steering wheel.

Other drivetrain mods include a new carbon fiber intake with modified air routing and a reprogrammed ECU with newly calibrated mapping for ignition and injection.

The end result is a peak output of 609 horsepower and 420 pound-feet of torque, which is enough to rocket the car to a top speed in excess of 205 mph. The modified engine also responds even faster to throttle commands and a slightly higher redline speed results in even better continuity during upshifts.

To set apart the car from the standard pack, Novitec engineers have added 21 inch wheels up front and 22 inchers in the rear, lowered suspension and a host of carbon fiber aero accessories.