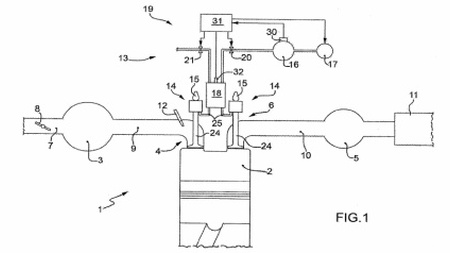 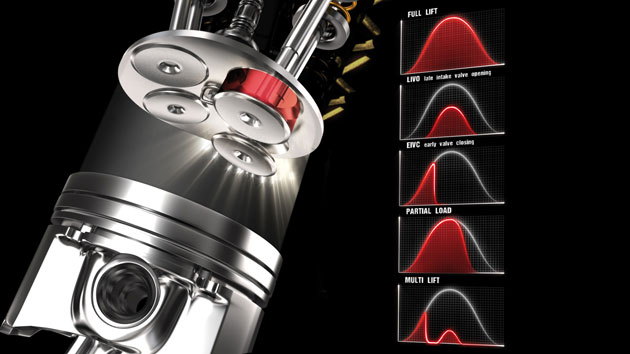 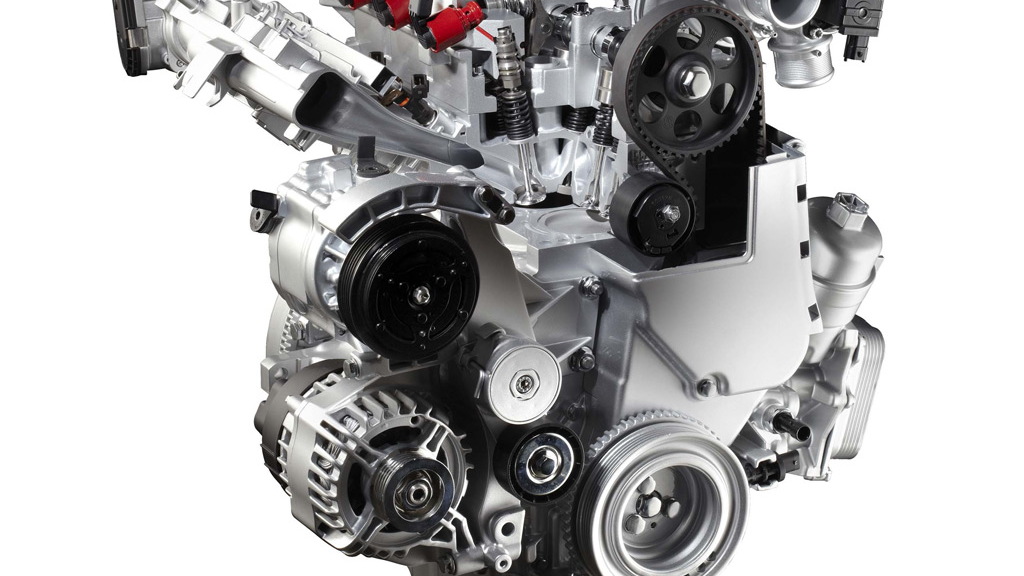 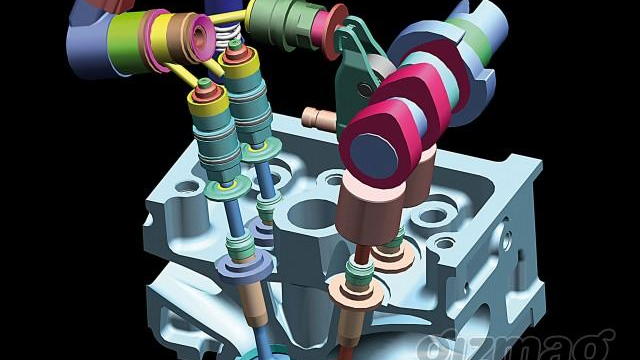 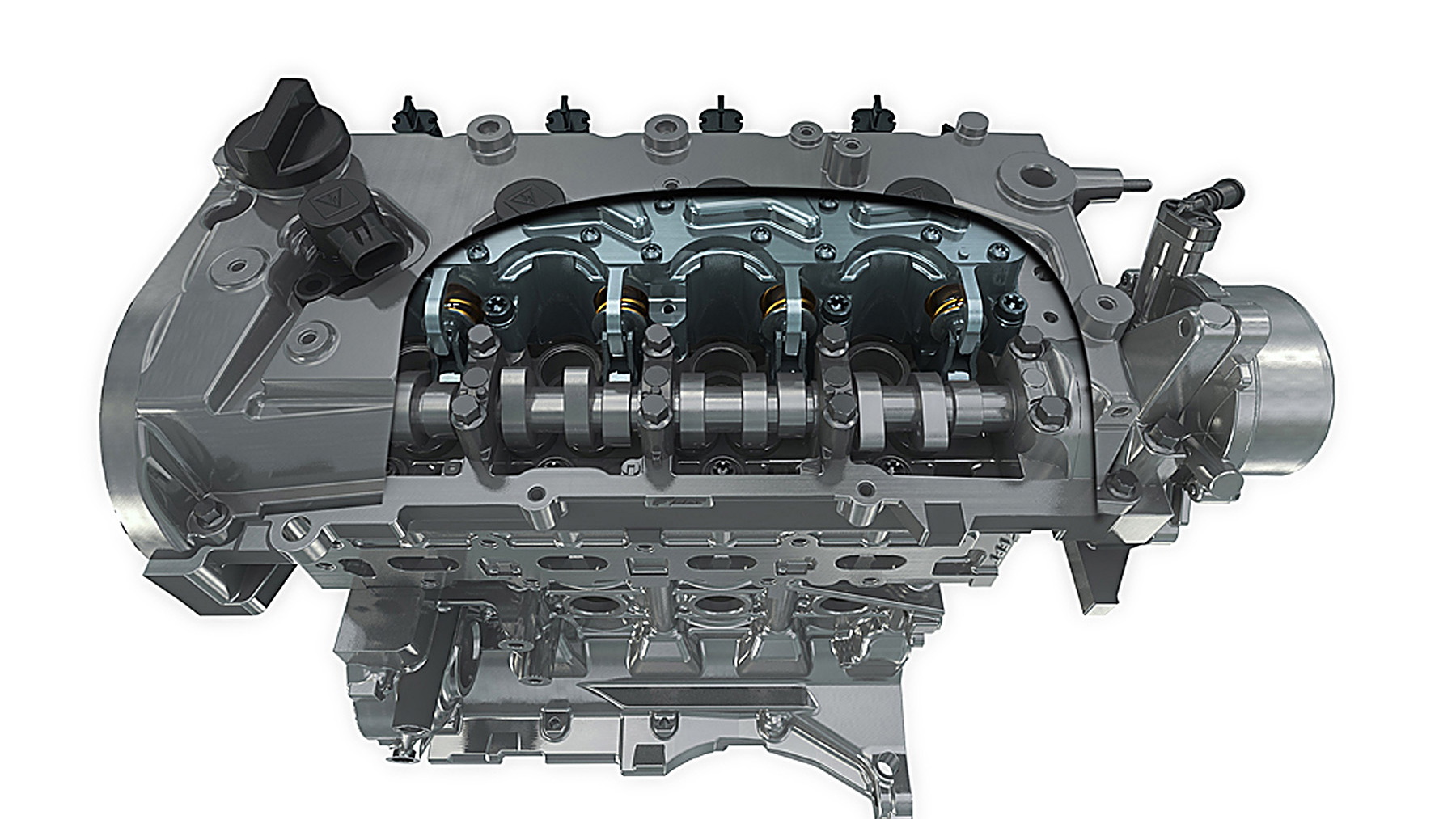 Fiat's Multiair valvetrain technology, which effectively allows the cam profile to be altered dynamically through hydraulic actuators, is a groundbreaking bit of technology. Now it looks like Ferrari might be working on its own, super-performance version of the system.

According to what appear to be leaked patent documents, Ferrari may be working on a high-performance V-8 engine with the Multiair valvetrain arrangement. The documents show the sysem laid out in two-dimensional illustrations, possibly indicating Formula 1-like air control over the valves in addition to the Fiat-implemented electro-hydraulic actuators. Using air to actuate the valves is how F1 engines can run over 20,000 rpm (even though they're restricted to less). Springs simply can't handle those valve speeds.

So, what does this mean for Ferrari? It could mean a small-displacement, high-efficiency, very high-revving V-8 is in the company's future. Or it could just be more Internet prognostication that comes to naught.

By divorcing the operation of the valves from a specific cam profile or engine speed, the Fiat Multiair system can operate more efficiently over a wider range, improving combustion efficiency and power, thereby saving fuel. It can also reduce parasitic loads on the engine by reducing the pumping losses (an engine is essentially an air pump).

Applying the technology to small engines allows them to make better low-end torque, more top-end horsepower, and more overall horsepower--or, alternately, to tune for efficiency exclusively. Ferrari would likely be interested in the system for a marriage of the two: greening its high-output range without giving up the performance its buyers expect.