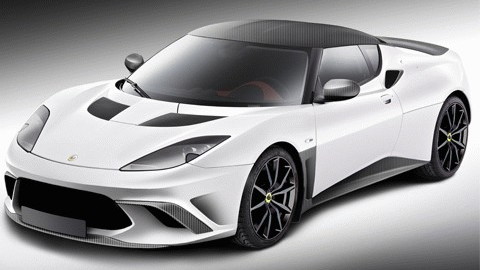 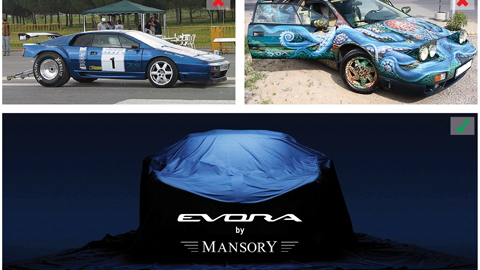 Rumors of the arrival of a uniquely restyled Lotus Evora for the Geneva Motor Show have been circulating for a few weeks now, but today we get our first look a the car, and a few details. It's actually kind of disappointing: it's a Mansory.

Notorious for going way, way over the top with its custom creations, Mansory's take on the Evora isn't its wildest, but it's not the Lotus-designed update we had hoped for, either.

So why did Lotus decide to let Mansory have at the car? According to their teaser release, "Because we can. And because we know you're curious..." Indeed.

The release continues: "Let’s be clear on this: contrary to media reports, what you’ll see in Geneva is NOT an Evora facelift. It’s a taste of the future of Lotus product customisation. Merely the first toe in the water and a showcase of the potential future."

That, friends, hints at a factory-approved or even commissioned customization and personalization program not unlike those found at Ferrari, Lamborghini, Porsche, BMW, and Mercedes. While we're never against building exactly the luxury/supercar you want, we're less than excited over this latest hint at the direction of the new Lotus.