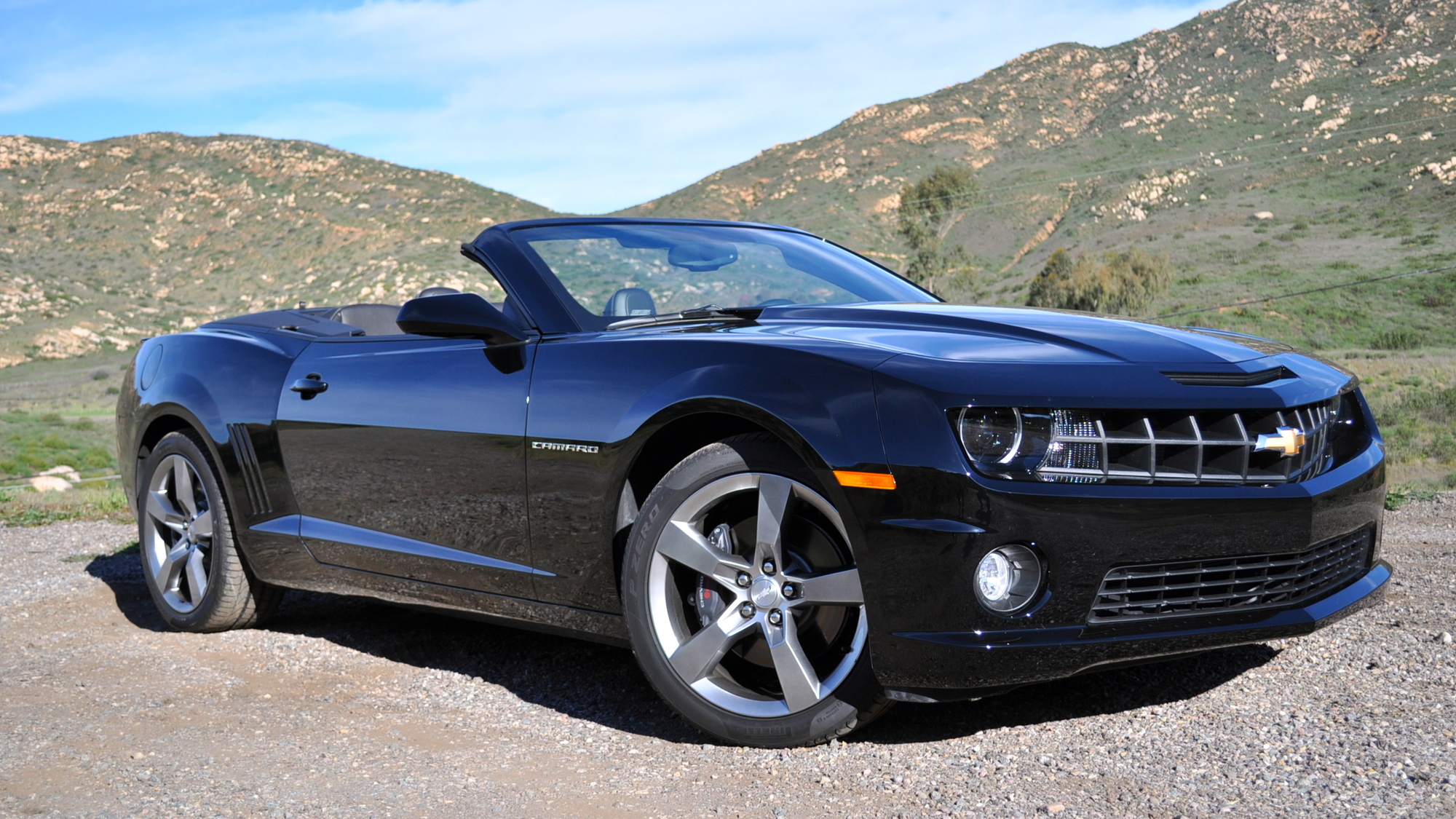 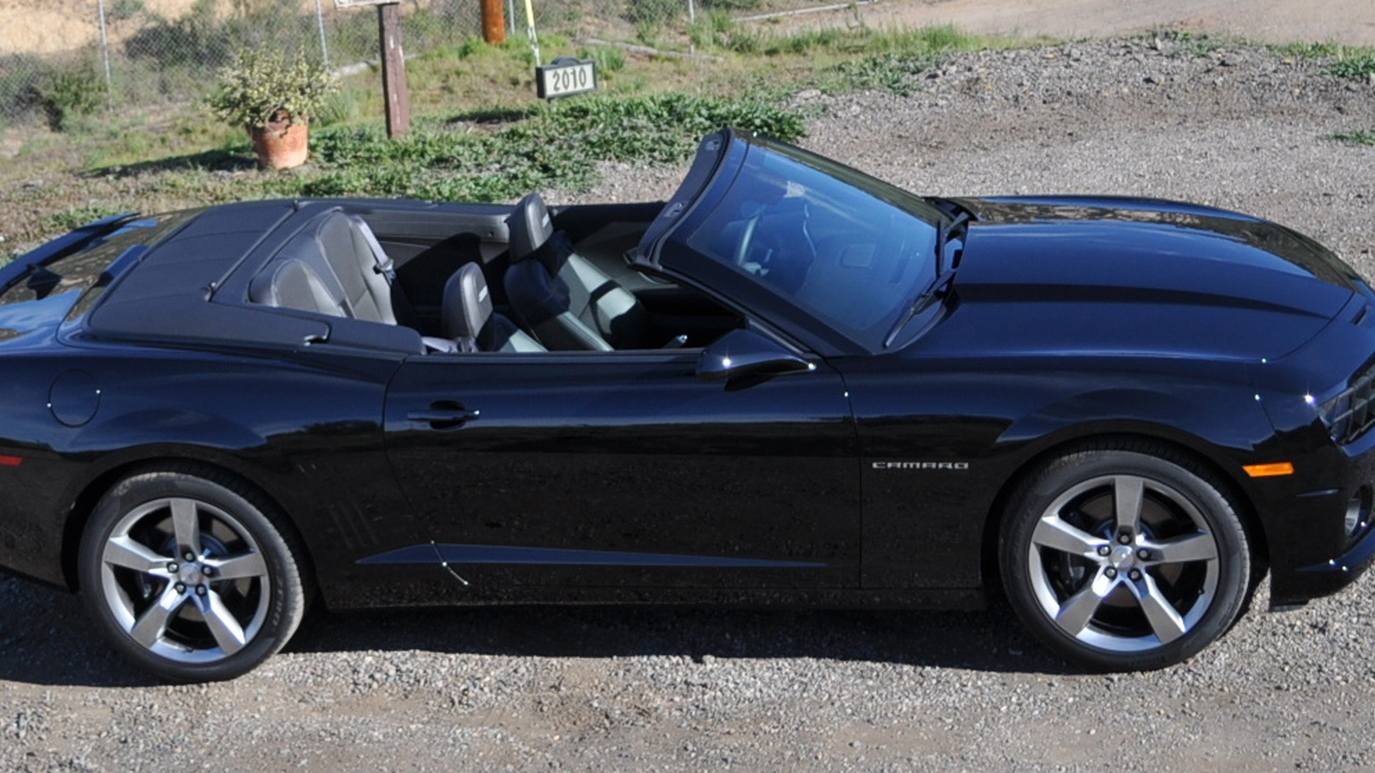 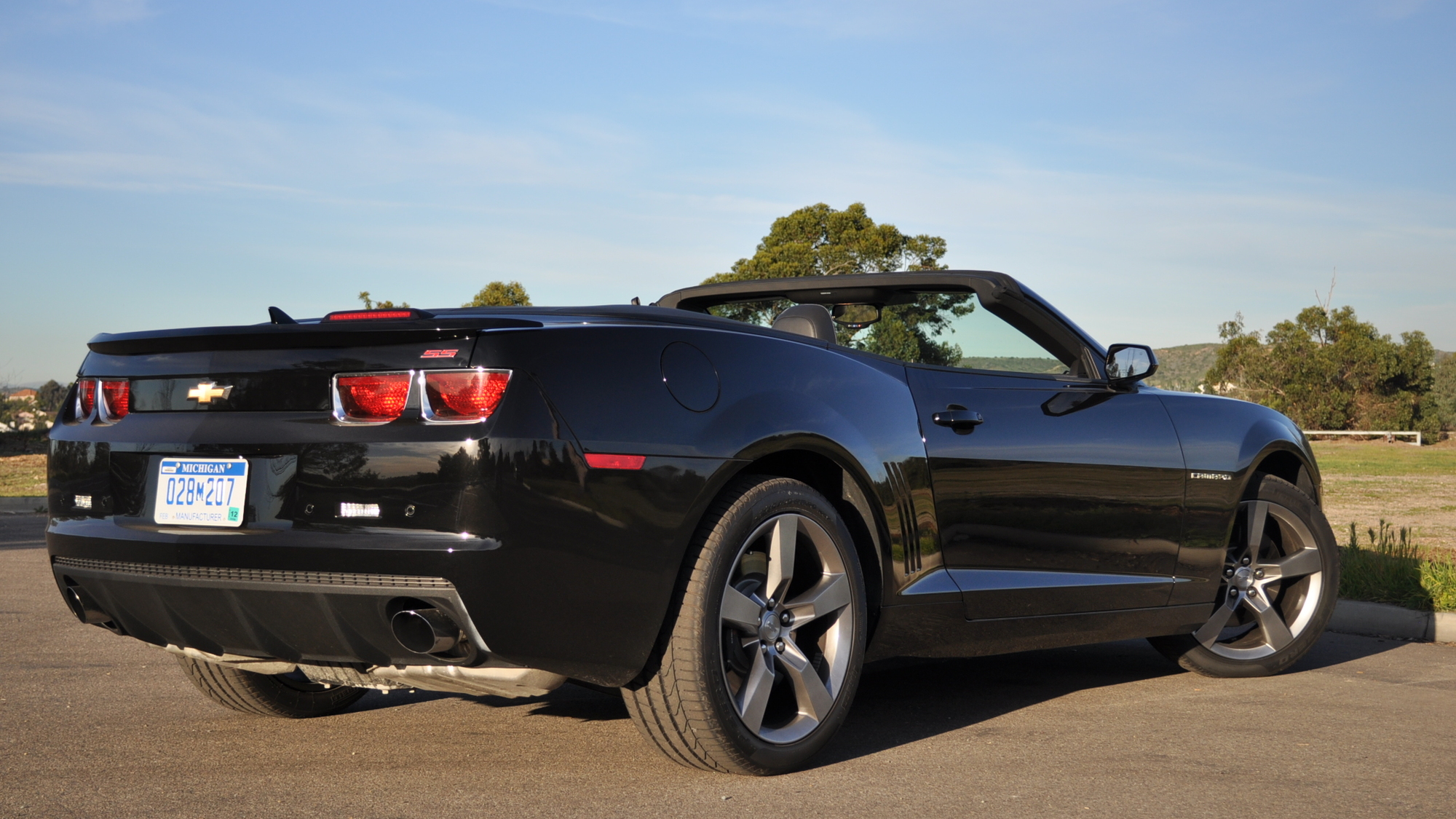 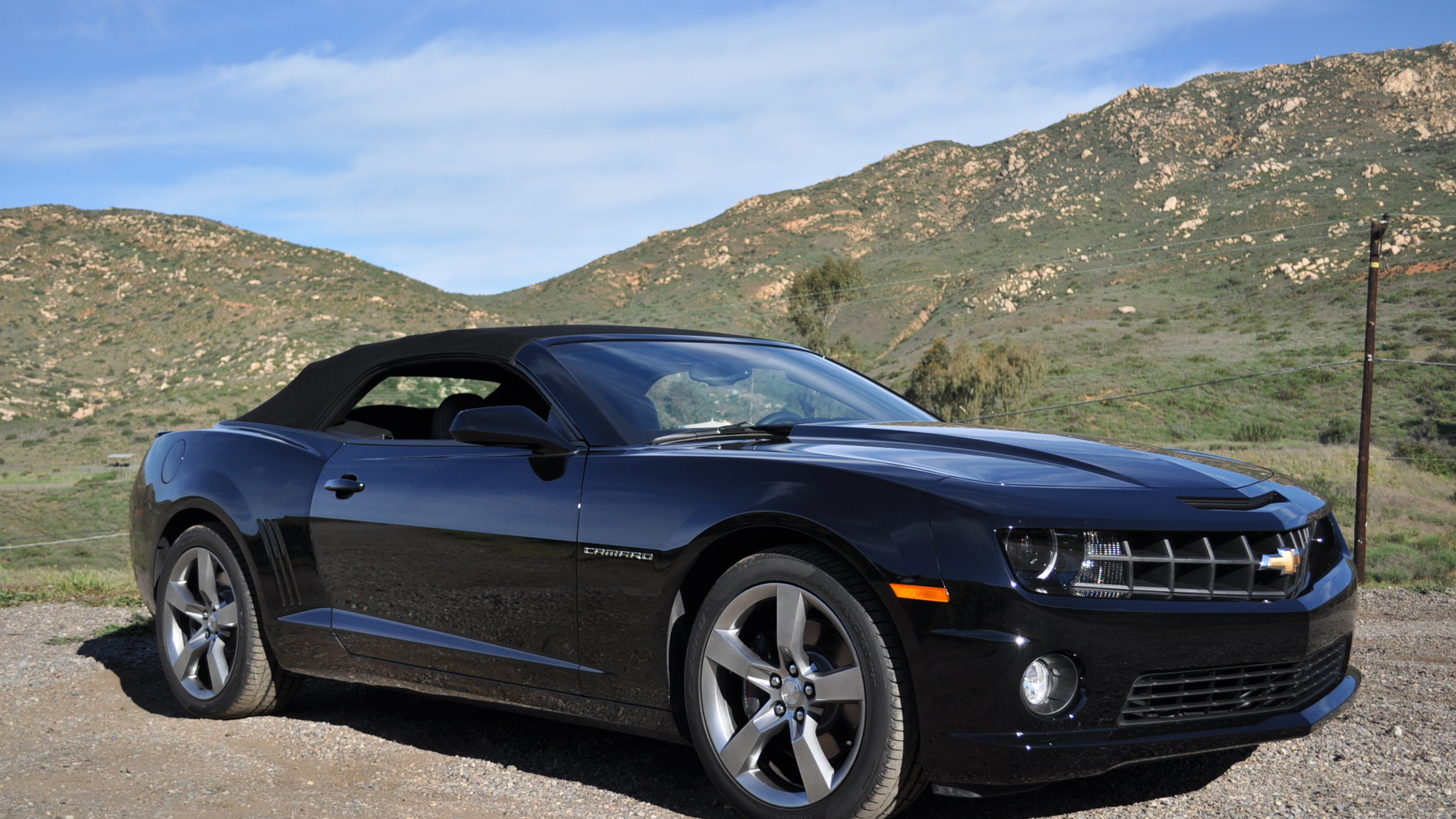 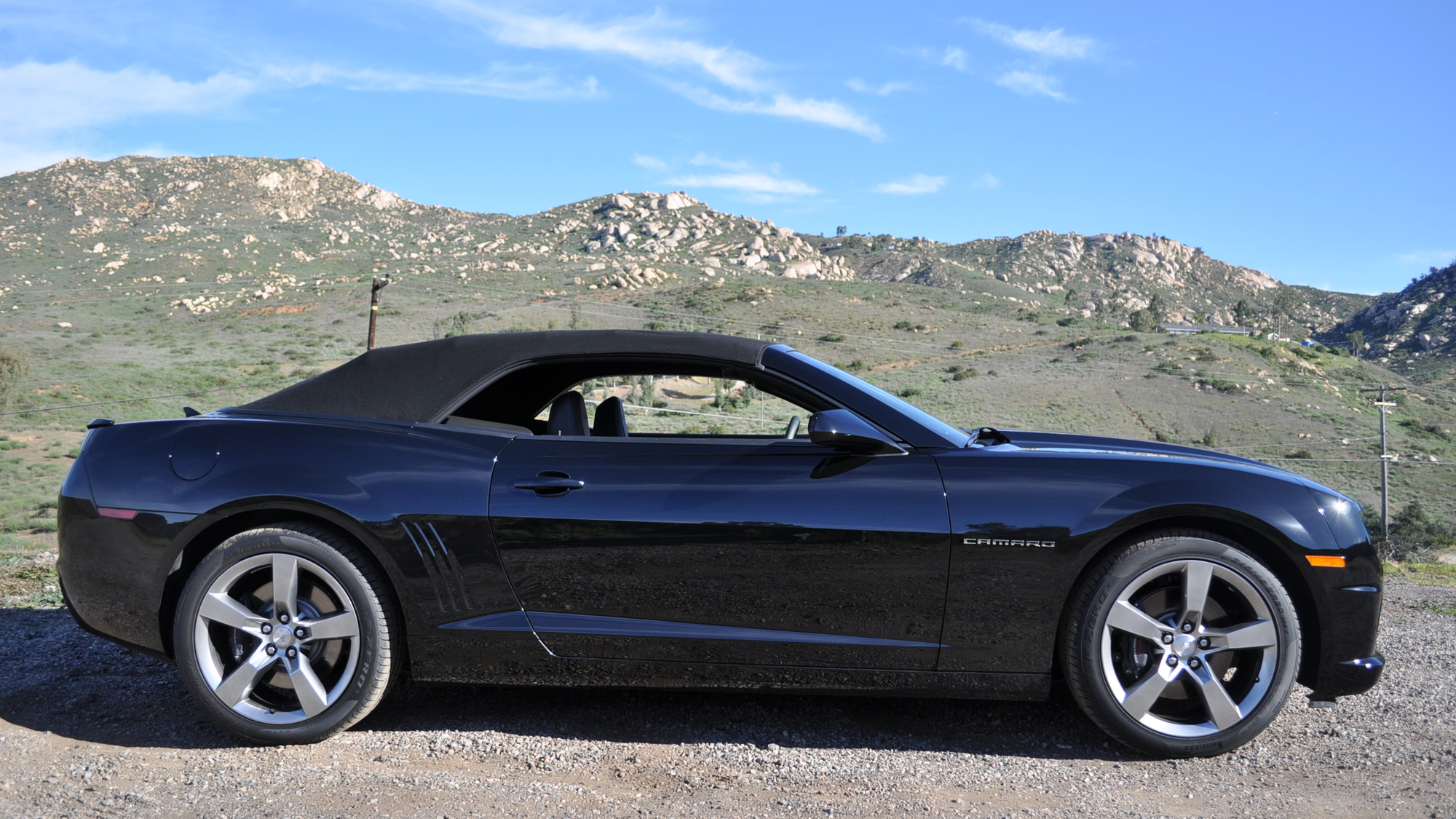 The Chevrolet Camaro is an American icon. The rebirth of this icon has given enthusiasts across America hope that Detroit hasn't lost its way. Now they chopped the top off this American icon. We grabbed the keys to a black Camaro Convertible 2SS. With the wind flying through our hair, we blasted down the twisty roads next to the Mexican border.

Hopping inside the Camaro Convertible you almost want to scream, "I can see!" The bunker-like feeling is gone. Looking in your side mirrors all you see are the rear hips and blue skies. With the top up you still have the bunker feeling. Then again, it's a convertible, why are you driving with the top up?

Amazingly, with the top up the Camaro Convertible still looks good. Of course it looks better with top down, as if it was meant to be a convertible from the start. Part of the finished look can be attributed to the tonneau cover. Unlike the Mustang, you don't see the folded top behind the seats when it is down. Though one has to wonder, in five years of baking in the sun what will the tonneau cover look like? Lets hope it isn't all cracked and crusty.

Another complaint we've heard when it comes to the Camaro coupe is lack of exhaust note. This is yet again another simple thing that chopping the top off a car fixes. You can now hear the burble of the LS3 V-8 at all times. Upon deceleration you can hear every pop and crack that comes out of the rear end. The V-6 in the base Camaro is still a bit too subdued for our tastes.

Chevrolet is pretty proud of the Camaro. They told us that particular focus for the convertible was placed on driving dynamics. While it is no secret that the Camaro is heavy (the term obese could be inserted here), adding another 246.4 pounds is just adding to the insult. Have we mentioned the Convertible SS with a manual transmission weighs 4,116 pounds? That's enough to make you sick. Regardless of the Camaro's Jenny Craig-status weight problem, Chevrolet believes the Camaro has moves. So much so, they set us loose in the hills outside San Diego bordering Mexico.

The roads weren't just full of twists and turns. There was elevation change, blind corners, and the lanes were barely wide enough for the Camaro. Being the enthusiasts we are, we gave it our all, braking hard and throttling out of the corners. Hammering repeatedly on the brakes through the mountains, it wasn't long before we picked up their distinctive scent, but the pedal never went spongy and remained largely fade-free.

While the Camaro Convertible is no lightweight, it is predictable. The weight shifts nicely and you plan accordingly.

Overall this is the same Camaro that America loves only without a top. Pricing will start at $30,000 for a 1LT with the V6. Optioning up for the SS model to gain those extra two cylinders will set you back a cool $37,500. The people who hate the Camaro will most likely still hate the topless version. The people who love the Camaro, well now they want to go topless.