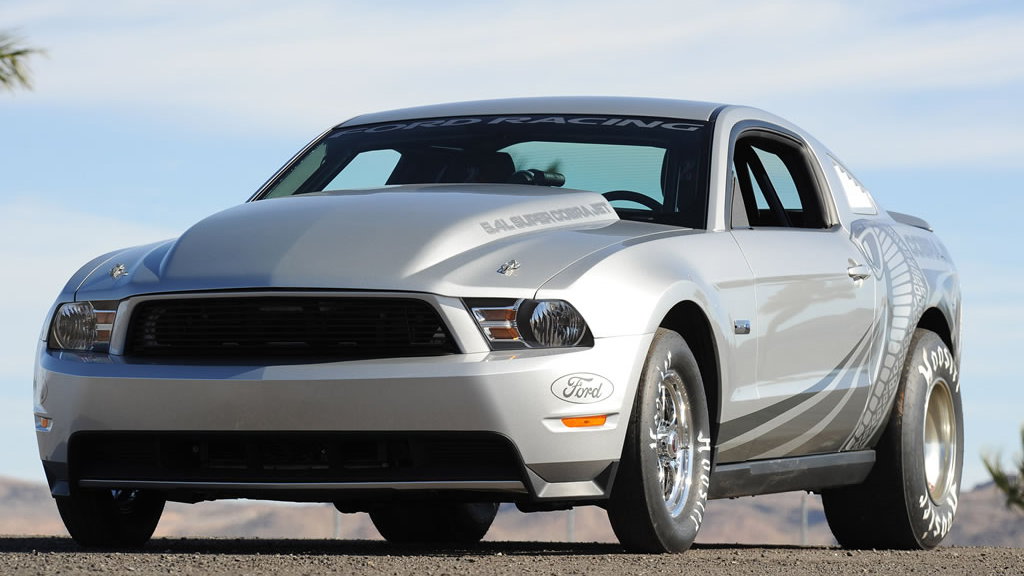 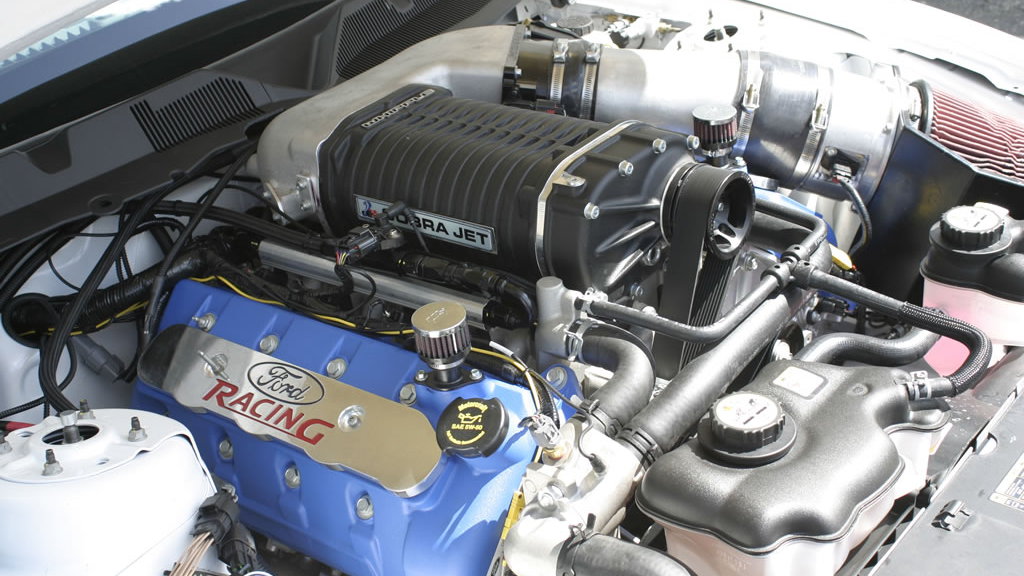 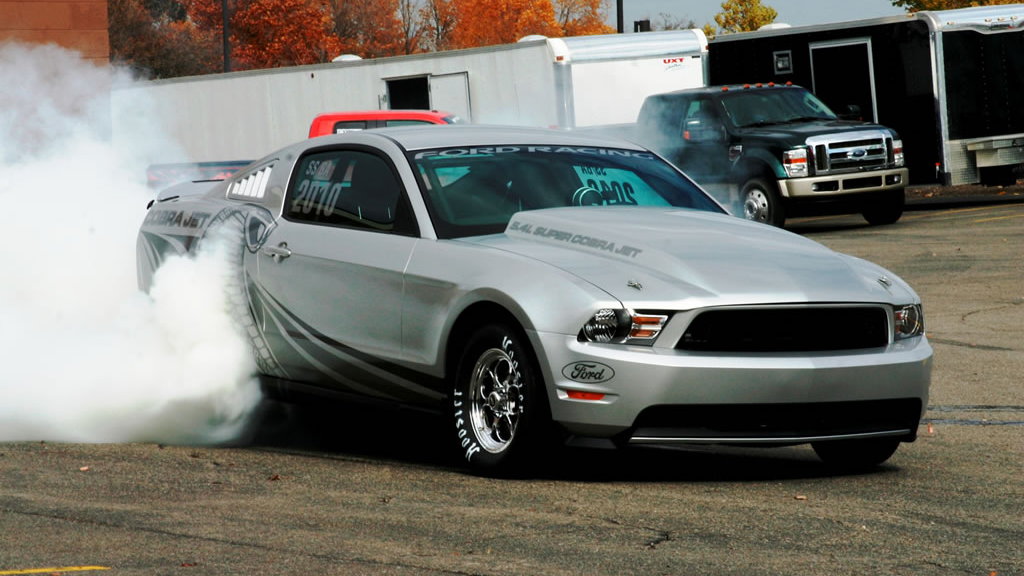 So you wanna go drag racing, and you're a die-hard Blue Oval fan? It'll be hard to beat the factory-built Ford Racing 2012 Cobra Jet Mustang (2010 model pictured), though you'll have to be quick to get one of the 50 examples planned for construction. Revealed today at the Performance Racing Industry show in Orlando, the new Cobra Jet promises serious speed with off-the-shelf ease.

Building a turn-key racer is no small endeavor, but the gurus at Ford Racing are well suited to the challenge. Confirming specs leaked earlier this month, the 2012 Cobra Jet gets an aluminum-block 5.4-liter supercharged V-8 based on the 2011 SVT Mustang, with two options for the supercharger unit: a 2.3-liter TVS unit or a 4.0-liter Ford Racing Whipple supercharger.

Pricing for all this straight-line go-fast? A mere $91,900 base, with a fully-optioned model requiring $103,980 in cash. Production kicks off in the first quarter of 2011. For those that can't get in on the 50-unit first-come, first-delivered action, a donor car can be built to Cobra Jet specs, since "nearly all" of the CJ components are available in the Ford Racing Parts catalog.