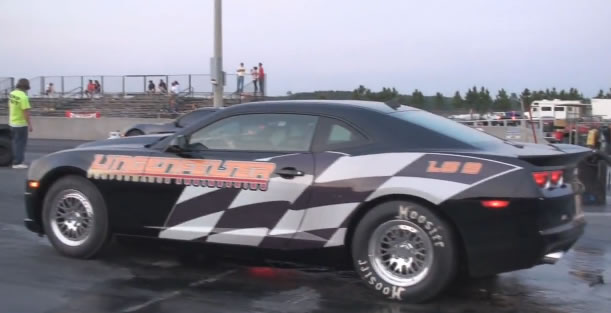 We already covered the Lingenfelter Camaro that ran the quarter mile in a tick over nine seconds. Now we have video of one that clocked in just a tick under nine.

This Lingenfelter LS9-powered 2010 Camaro SS broke the 9-second barrier at Maryland International Raceway by posting a 8.997 second mark at 158.80 miles per hour on November 21.

Featuring a LPE high-flow supercharger and a TR6060 six-speed manual transmission, the car makes 1,243 horsepower and 1,328 lb-ft of torque at the tires.

Now, here is that video.