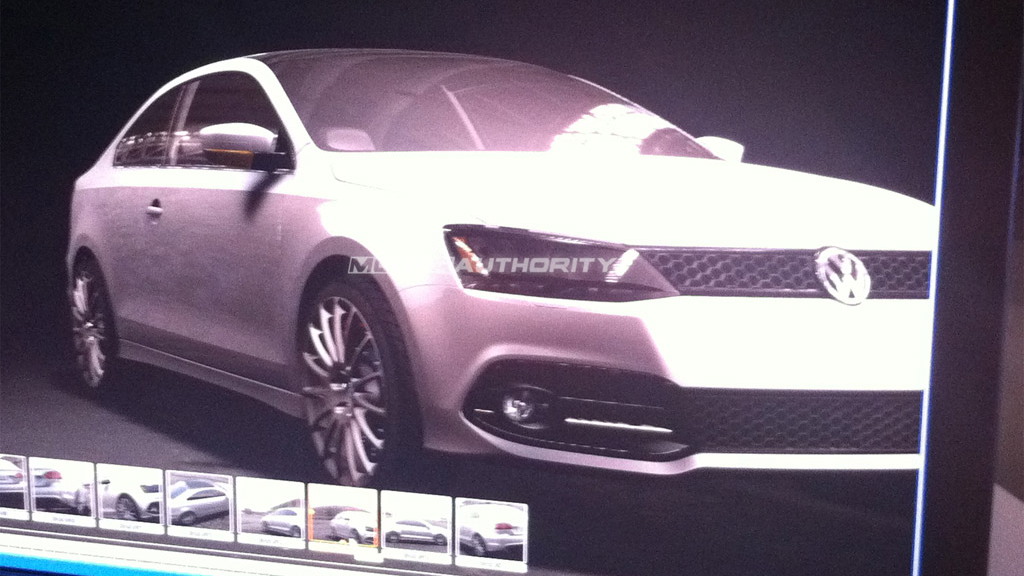 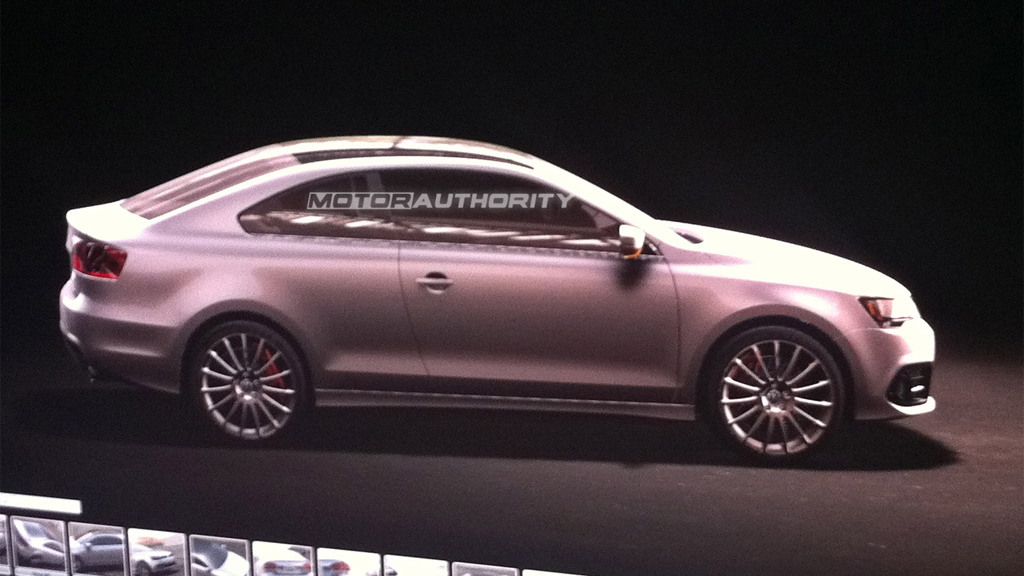 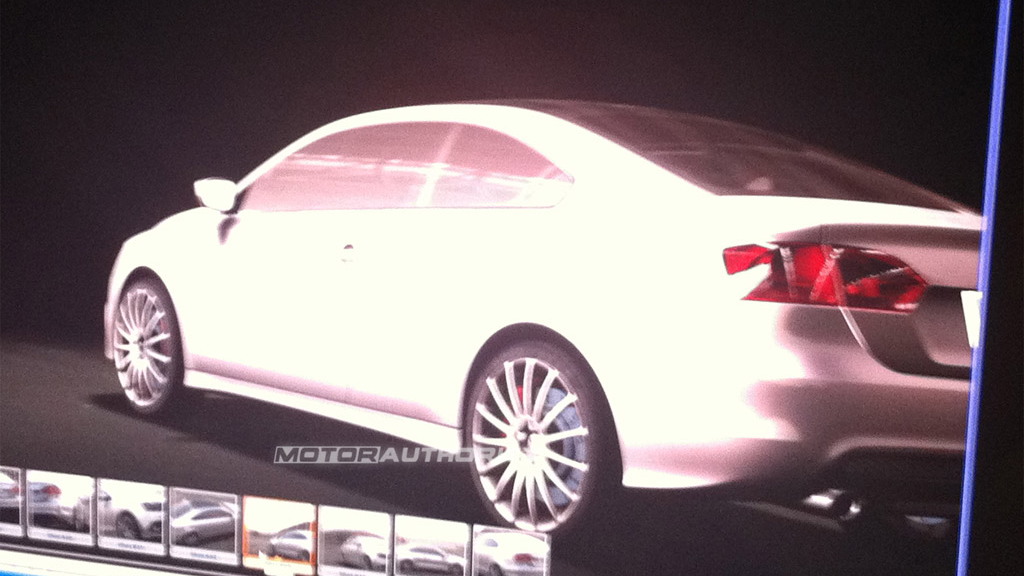 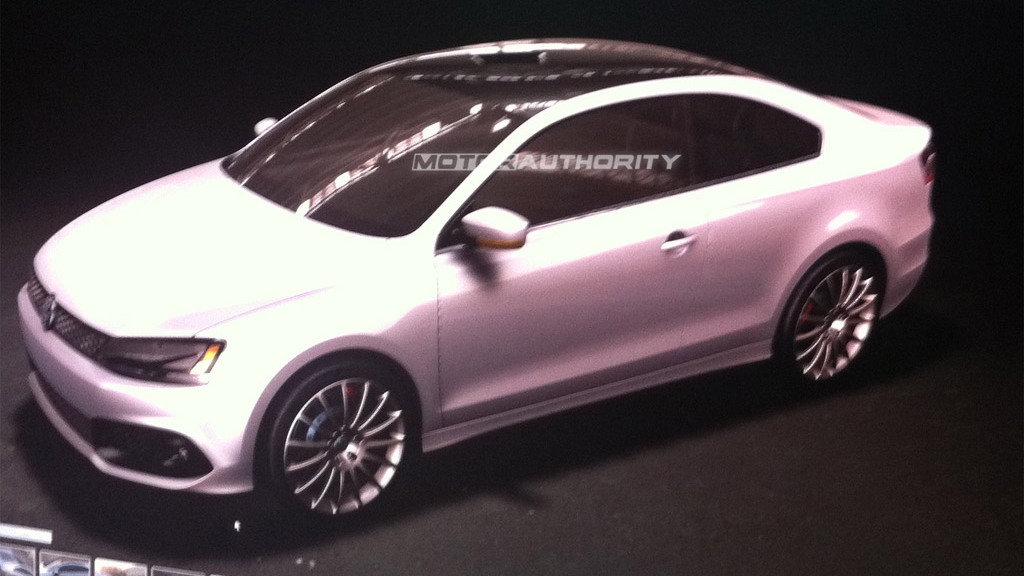 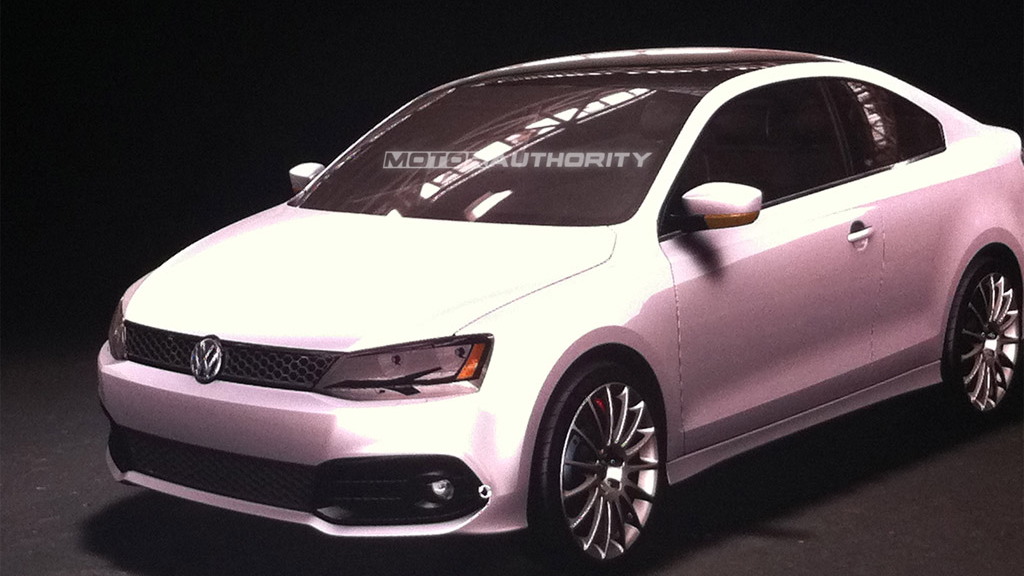 12
photos
An all-new Volkswagen Jetta Coupe is coming, and we have the first tangible evidence that goes some way towards confirming it. At a press event on the eve of the 2010 Los Angeles Auto Show Volkswagen showed off a series of computer-generated renderings for a new coupe with styling almost identical to the recently launched 2011 Jetta Sedan.

Of course, you could be thinking that these are renderings for the original New Compact Coupe Concept unveiled back at the 2010 Detroit Auto Show, but if you look closely there are a few glaring differences that suggest this is a representation of a production Jetta Coupe.

First and foremost are the different bumper designs. You’ll also note that the car in the new renderings feature exhaust tips, while the concept had none.  The window designs are also simpler and lose the chrome detailing we saw on the concept.

A sporty Jetta Coupe might offer those still vainly longing for the Scirocco a chance at something similar, as the general outline in the renderings is of a sleek, well-proportioned coupe with the now-familiar new Volkswagen front end. Fingers crossed we get an official announcement on production soon.