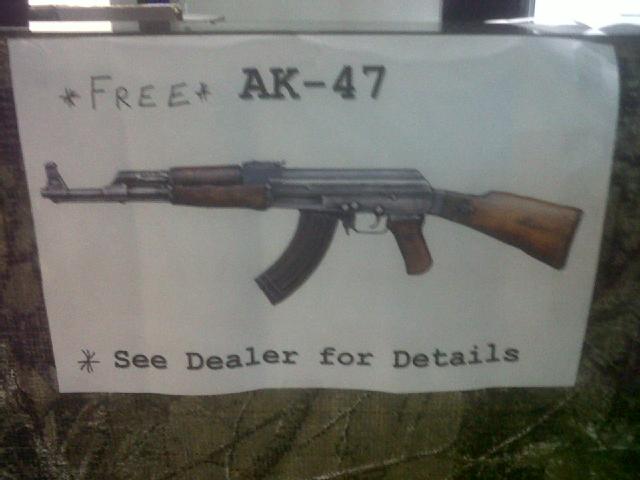 As outlandish as the concept sounds, giving away free weapons actually does help bring in the customers. Well, that is the case for at least one truck dealership based in Sanford, Florida. The dealership’s latest promotion is for a free AK-47 assualt rifle with every used truck purchase.

According to the sales manager at the Nations Trucks dealership, Nick Ginetta, in one day they received 47 appointments when typically only three would come in. You can’t really argue with results like that.

If you’re now thinking how a truck dealer can be allowed to hand out free Soviet era rifles, the deal is actually for a $400 voucher that can be used at a local gun store. Customers will still need to go through the regular application process and qualify under state and federal laws. And if they don’t want a gun they can just receive a cash discount.

If you happen to be in the area and feel that you need a new truck and a gun, the promotion will run until the end of the month.