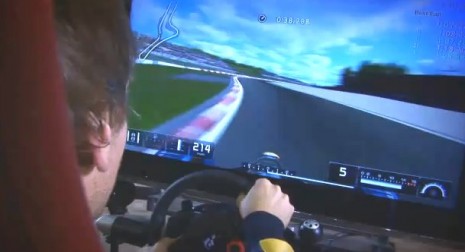 Formula One is often touted as the pinnacle of what is possible in racing and performance car technology, but that's only true within the constraints of the FIA's regulations. If there were no regulations limiting performance, nothing to keep engineers from putting together the ultimate car for navigating a circuit, the Red Bull X1 prototype is one example of what they'd come up with.

It's only real in the virtual world, however, and it's perhaps so fast that it taxes even the world's most capable drivers to rise to its capabilities. Sebastian Vettel, in the video, actually says "it was going too quick," mentioning speeds around 400 mph. The banshee-like wail alone is freakishly unreal.

Regardless of all the scientific gooblygah behind it, it's sure to be one hell of a fun car to drive when Gran Turismo 5 finally comes out "this holiday season."