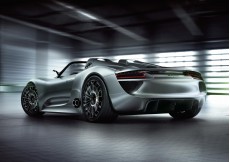 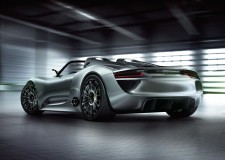 Porsche is already planning a hybrid for every model range, and the 918 Spyder makes us hopeful that it'll be done in a manner that's not only green, but exciting as well. That makes the reports out of Europe this week that Porsche is considering a model between the 911 and 918 Spyder supercar all the more enticing.

There's quite a performance jump from the entry-level 911 to the 918 Spyder, and while some of Porsche's limited-edition, more track-focused models close that gap, putting a car on the street that meets Porsche's standards for luxury and comfort while also delivering high-performance green credibility could mean filling that gap with a new model.

If such a model does come along, it could be built from existing components, according to Matthias Mueller, Porsche's CEO. The best part? Raising fuel economy alone won't be enough to satisfy Porsche. It will also have to be higher-performance.

At this point, however, the whole plan is up in the air, dependent on how the market comes along and whether it will be able to sustain volume growth as Porsche targets growing from the 82,000 cars it delivered last year toward a more formidable 150,000 cars per year.

Color us interested, if not entirely convinced that it will materialize in the next five years.