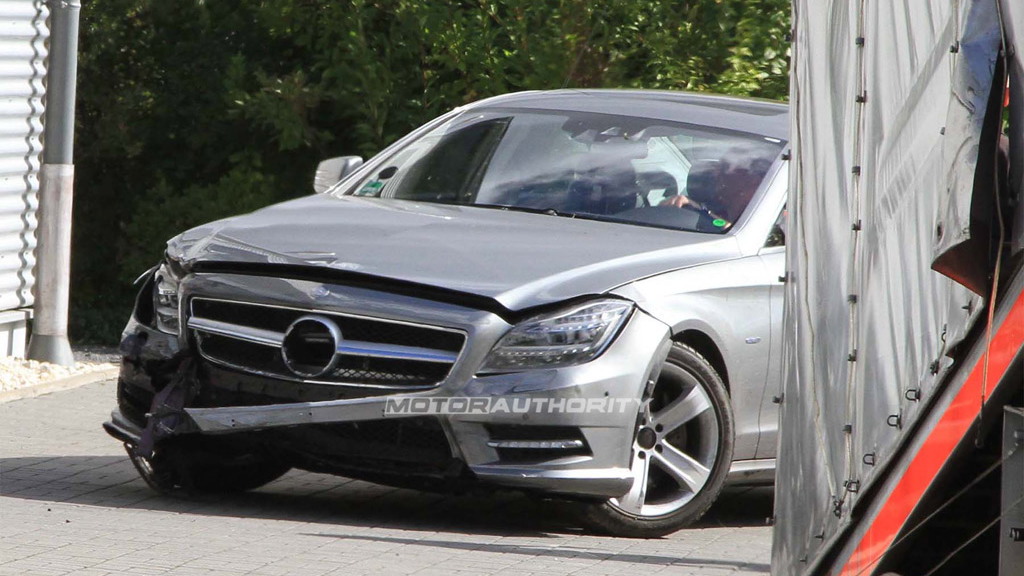 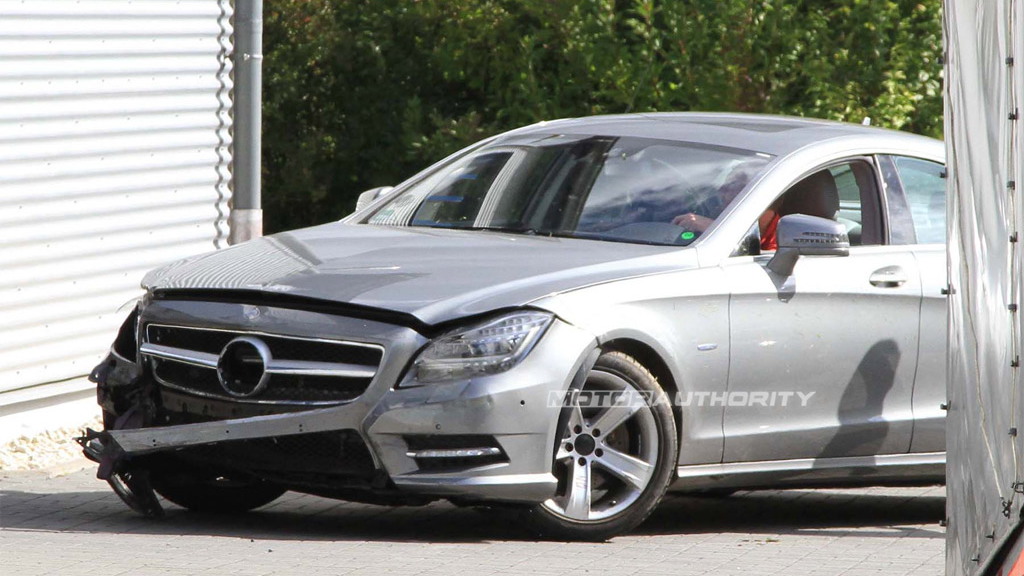 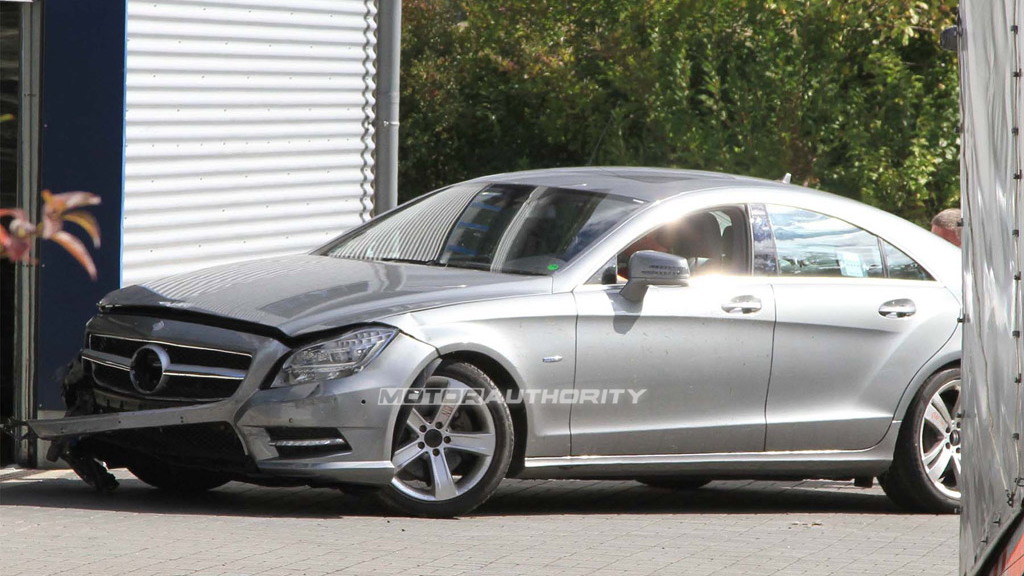 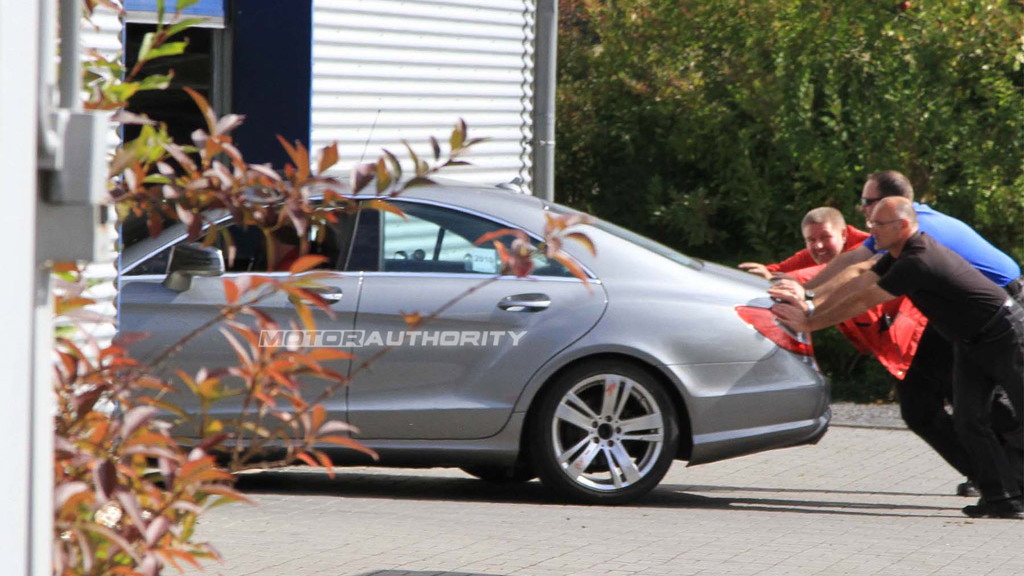 The covers were just pulled off the new 2012 Mercedes-Benz CLS at its world debut last week at the 2010 Paris Auto Show but already we have photos of the first crashed example. The crash took place at the Nurburgring circuit in Germany where engineers are running the car through its final phases of development.

The damage seen here looks minimal and since the car is a development mule it’s likely destined to be crushed once engineers have finished with it.

In an embarrassing couple of weeks for Mercedes-Benz we also just saw the new SLS AMG GT3 race car crash during its competition debut, which also just happened to take place at the notorious Nurburgring.

The new 2012 Mercedes-Benz CLS will actually be one of the safest cars on the road, with features like blind-spot warning and lane keeping assistants all making the cut. For full details, check out our preview story by clicking here. First local sales are scheduled to start early next year.