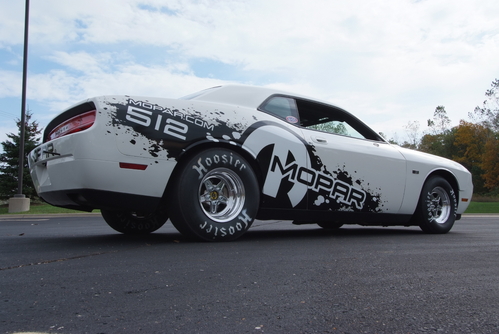 If you have almost $90K ($85,512 to be exact) you can get the 2011 Dodge Challenger Drag Pak, which has a Viper V-10 under the hood. The 8.4-liter V-10 isn't exactly the same as the engine in the outgoing Viper, but it's pretty similar. Exact power numbers aren't available.

Other drag-strip goodies include a solid rear axle, a fuel cell, upgraded rear-end gears, an interior gauge package, and a two-speed automatic transmission that is race-prepped.

If you want one of these race-ready Challengers, you'd better act fast--only 70 will be built. Production won't start until 2011, but Mopar.com is taking orders now.