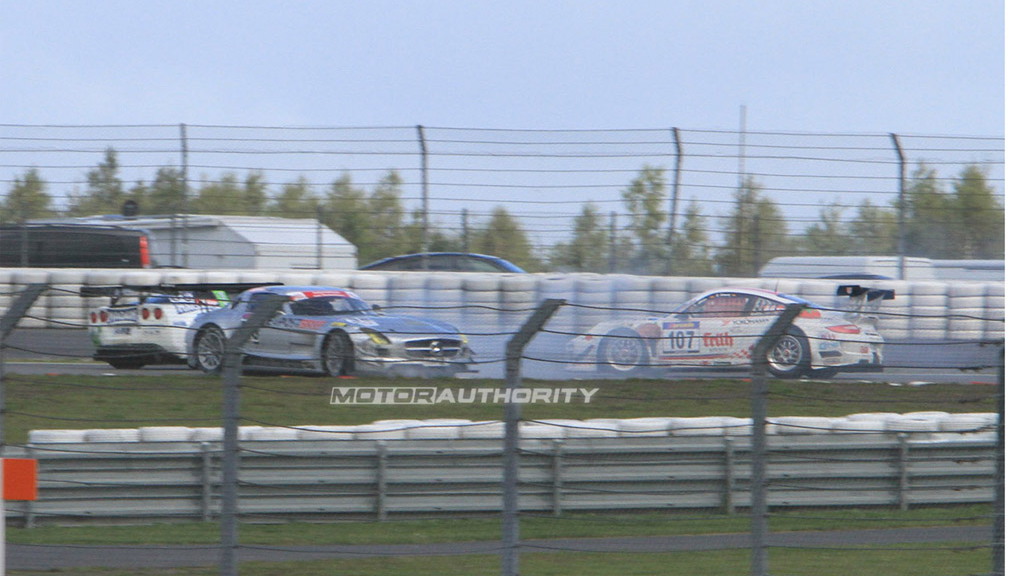 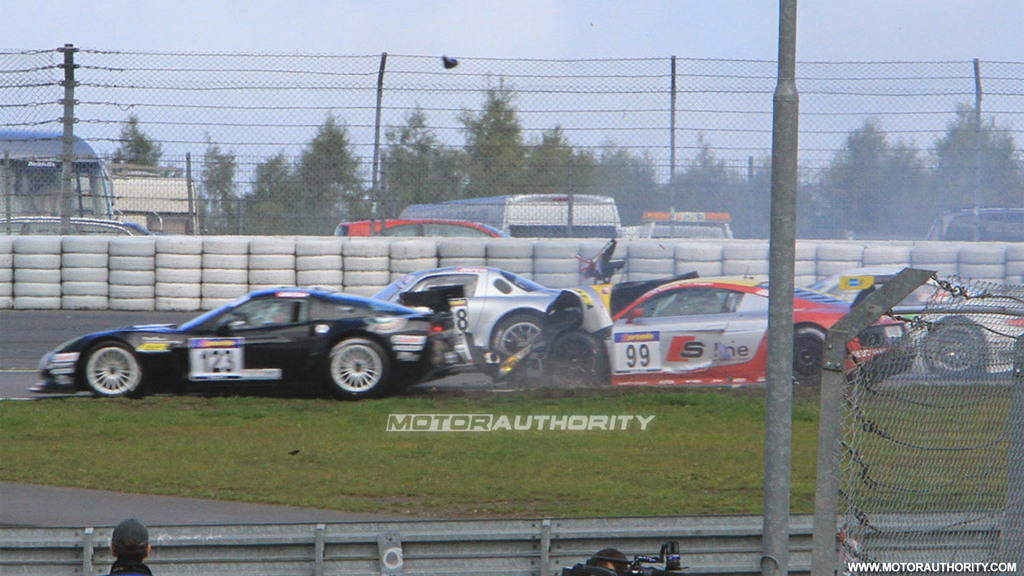 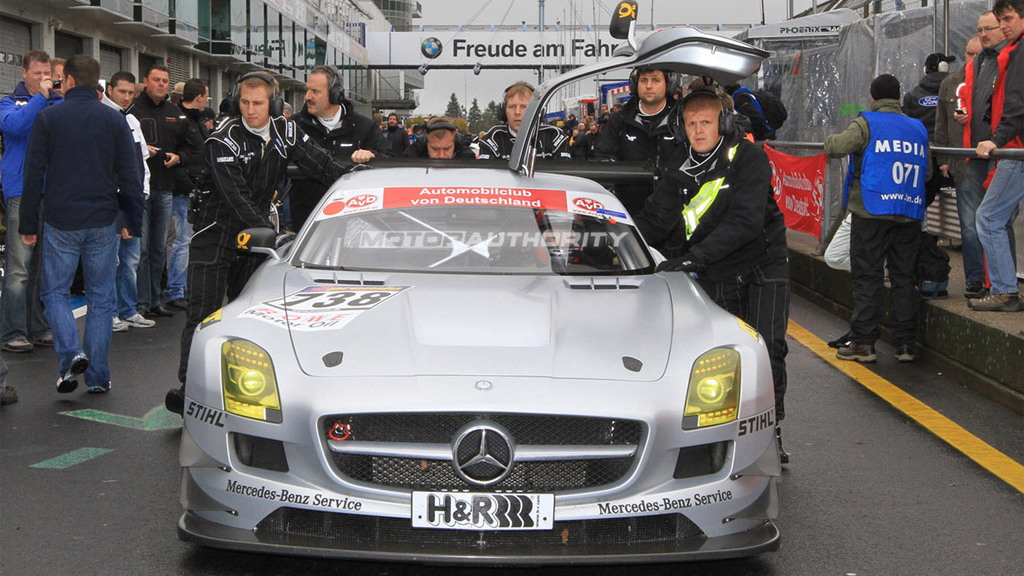 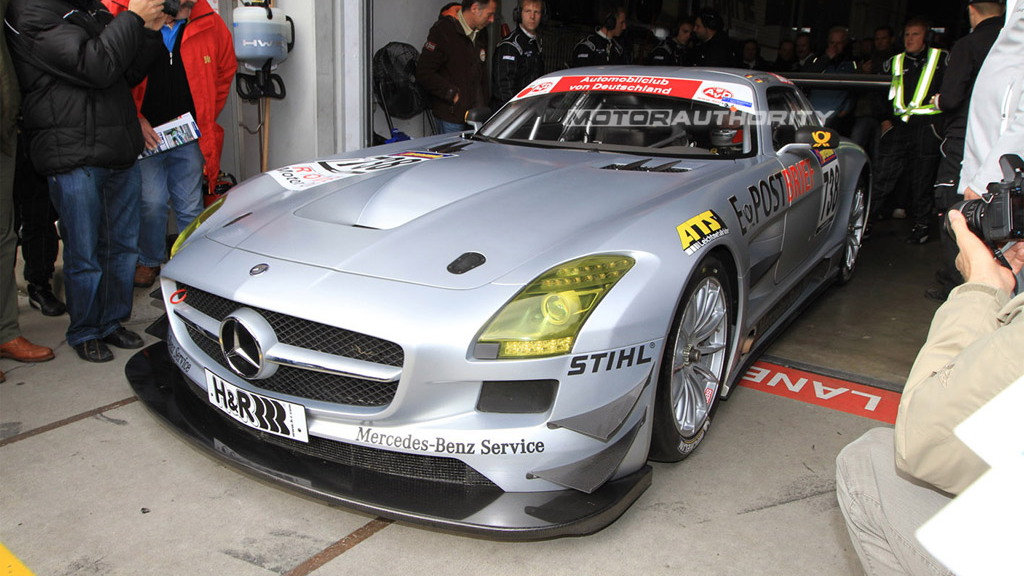 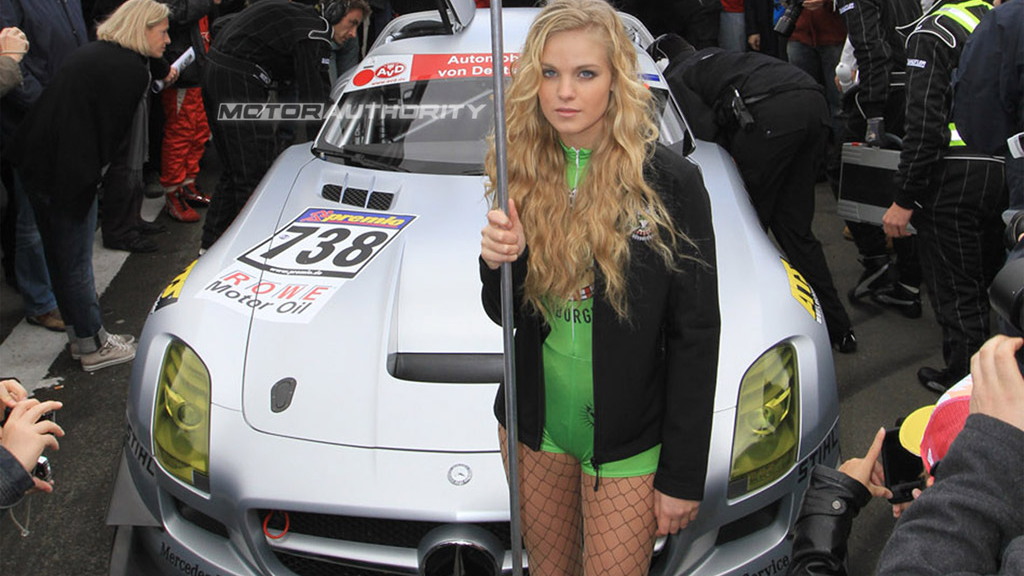 The new Mercedes-Benz SLS AMG GT3 made its first racing appearance at a four hour race held over the weekend at the notorious Nurburgring circuit in Germany. Sadly, despite qualifying in third place, the car was involved in an accident on the opening lap.

Drivers Bernd Schneider and Thomas Jager managed to continue and when the race was ended prematurely, owing to numerous other accidents, the gullwing was positioned in 91st place, three laps behind.

Developed according to the GT3 regulations of the FIA, the SLS AMG GT3 was entered in the prototype class E1-XP. A total of 206 cars took part in the race.

The racing version of the SLS AMG is still being developed and produced by AMG in close cooperation with HWA, the racing partner of Mercedes-Benz. The core differences between the standard SLS AMG and the new GT3 are the aerodynamics: canards up front, a huge wing out back, both to provide the downforce necessary to corner at race pace. The car is lighter, too, with a deleted passenger seat, extensive use of carbon fiber, and all the safety upgrades you'd expect. Central locking wheels, an engine bay vent in the hood and a full underbody aerodynamics treatment are also part of the package.

The engine is based on the same 6.2-liter V-8 engine that powers the 563 horsepower SLS AMG, but final power output will be weighed against the car's weight by the FIA to determine the final specification in order to preserve a competitive and close GT3 class.