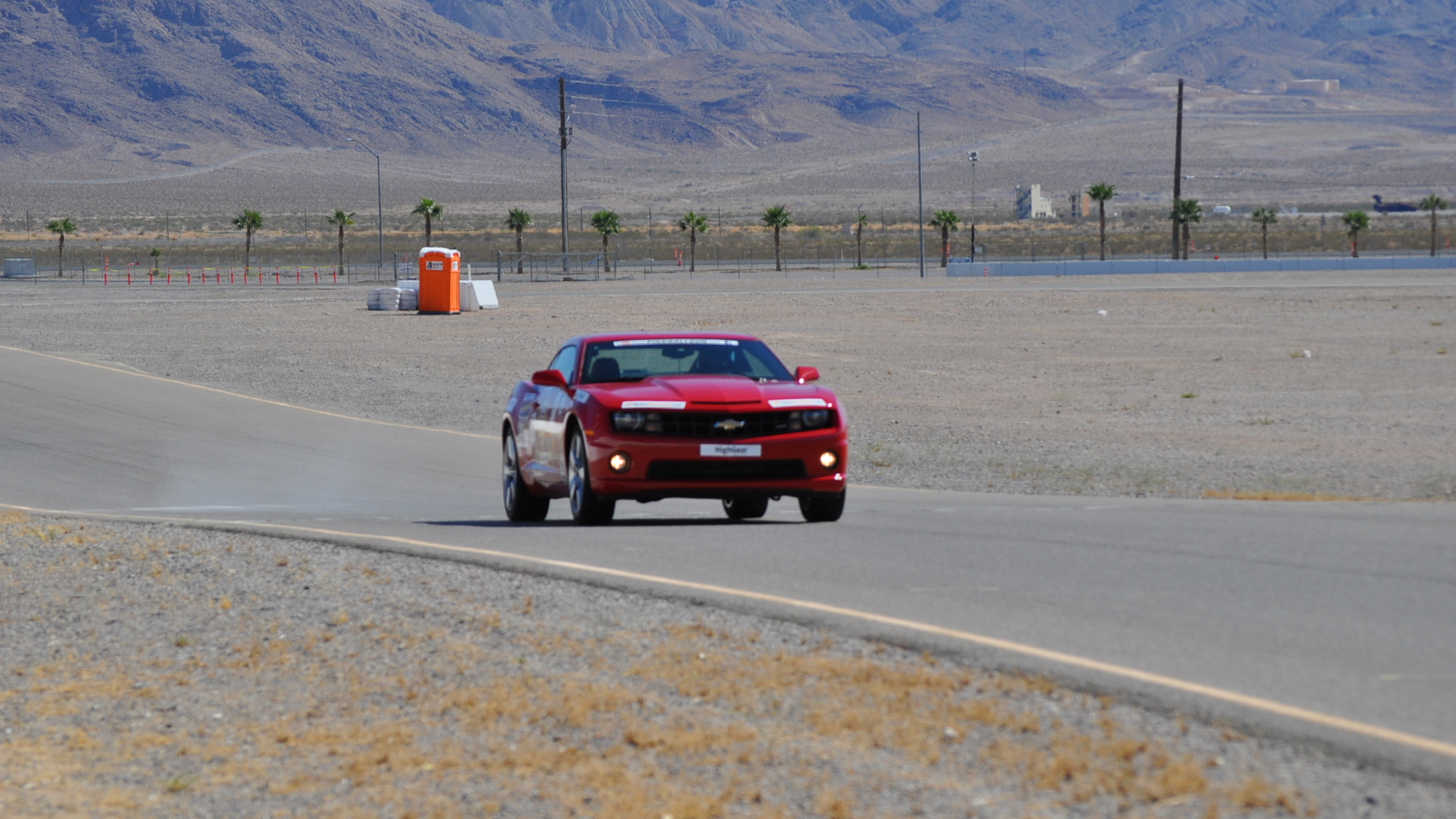 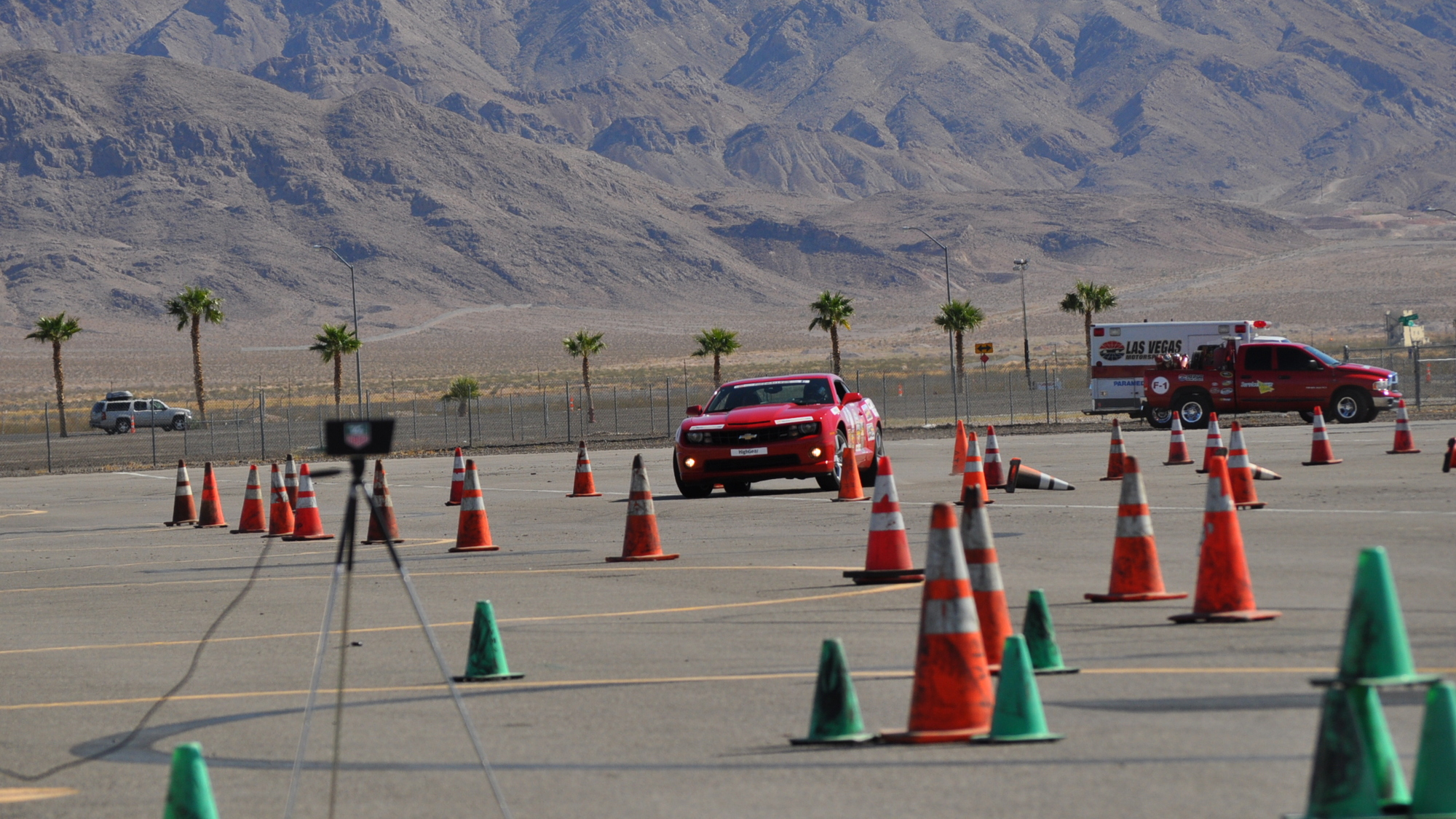 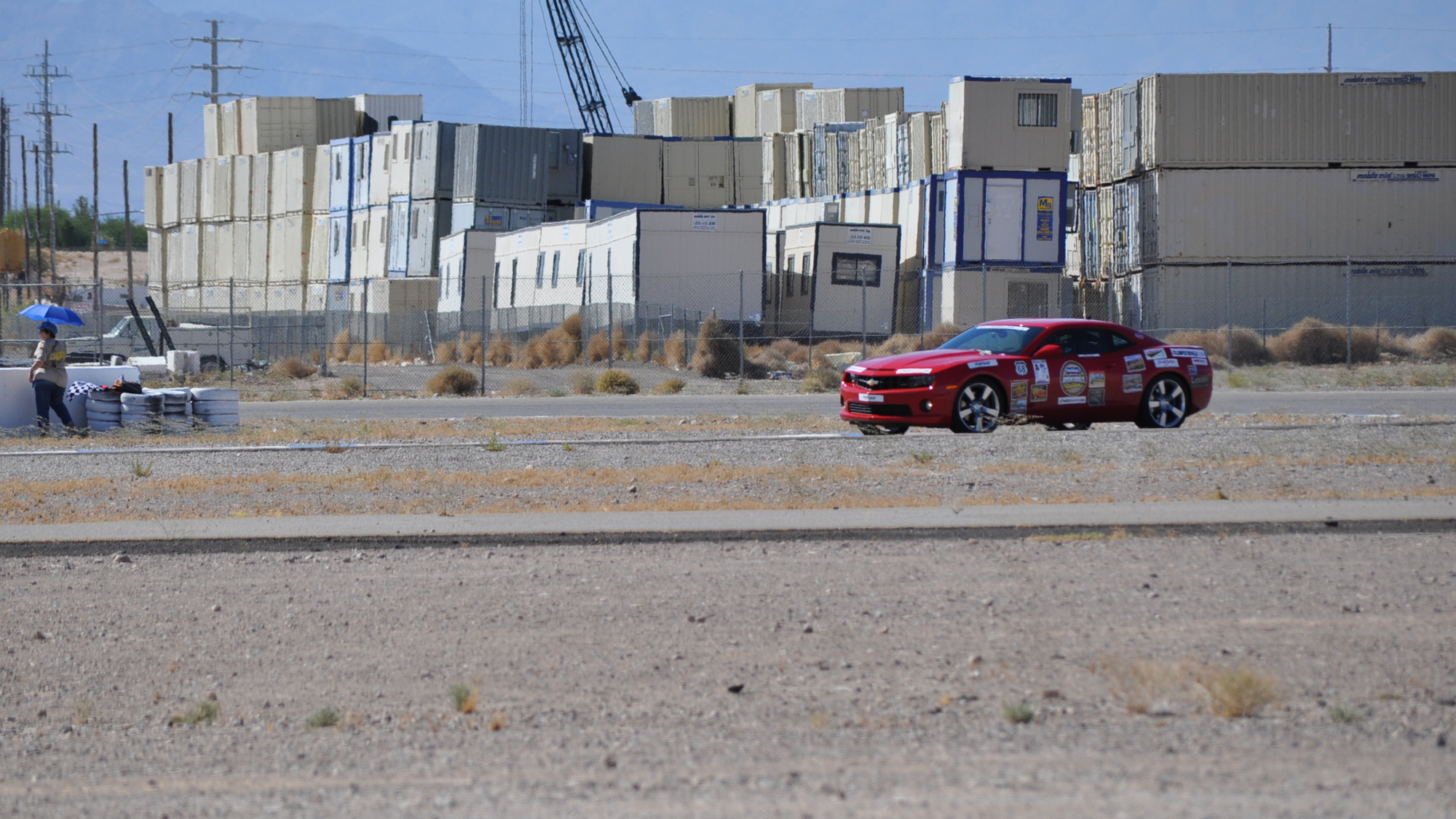 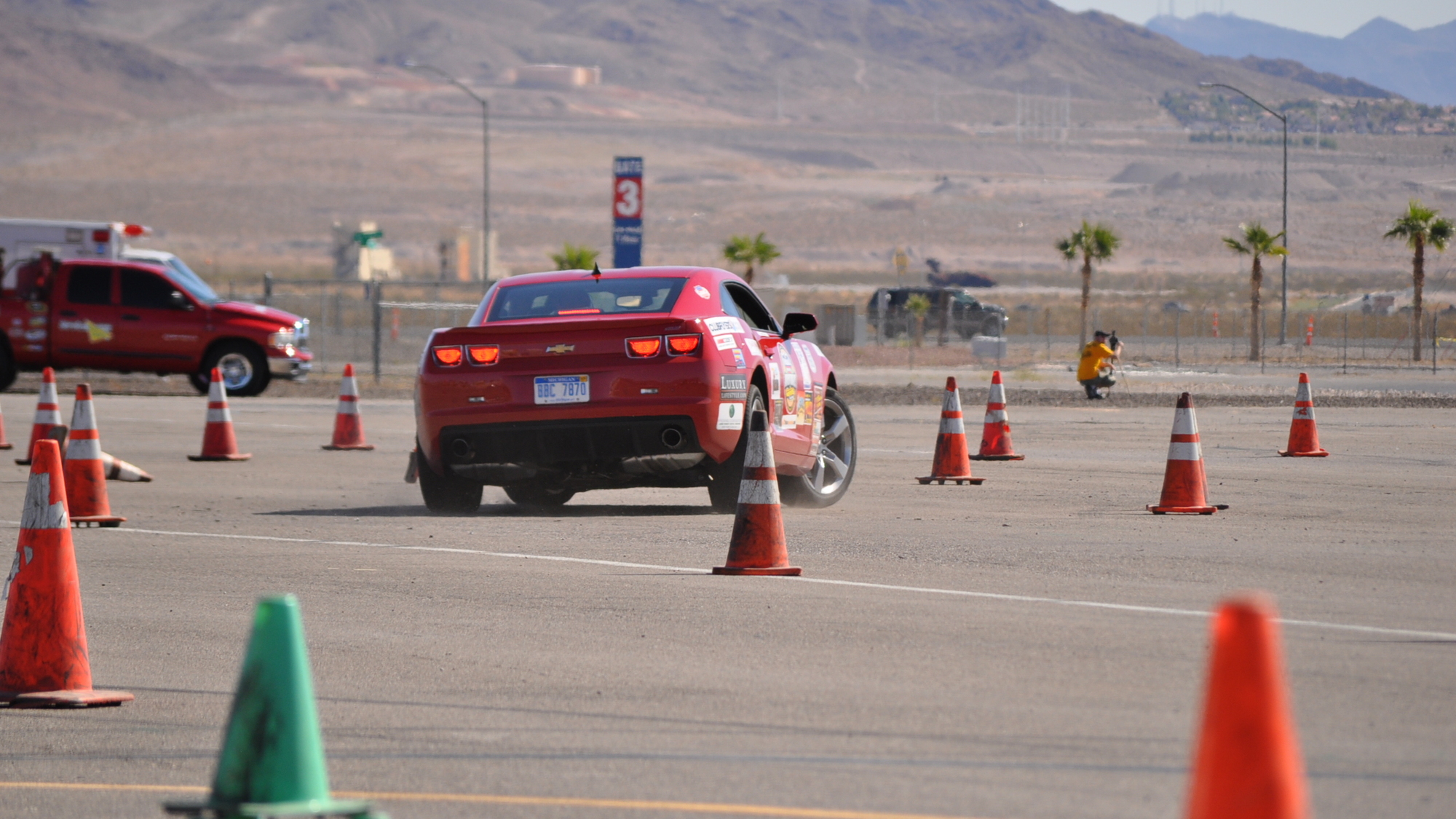 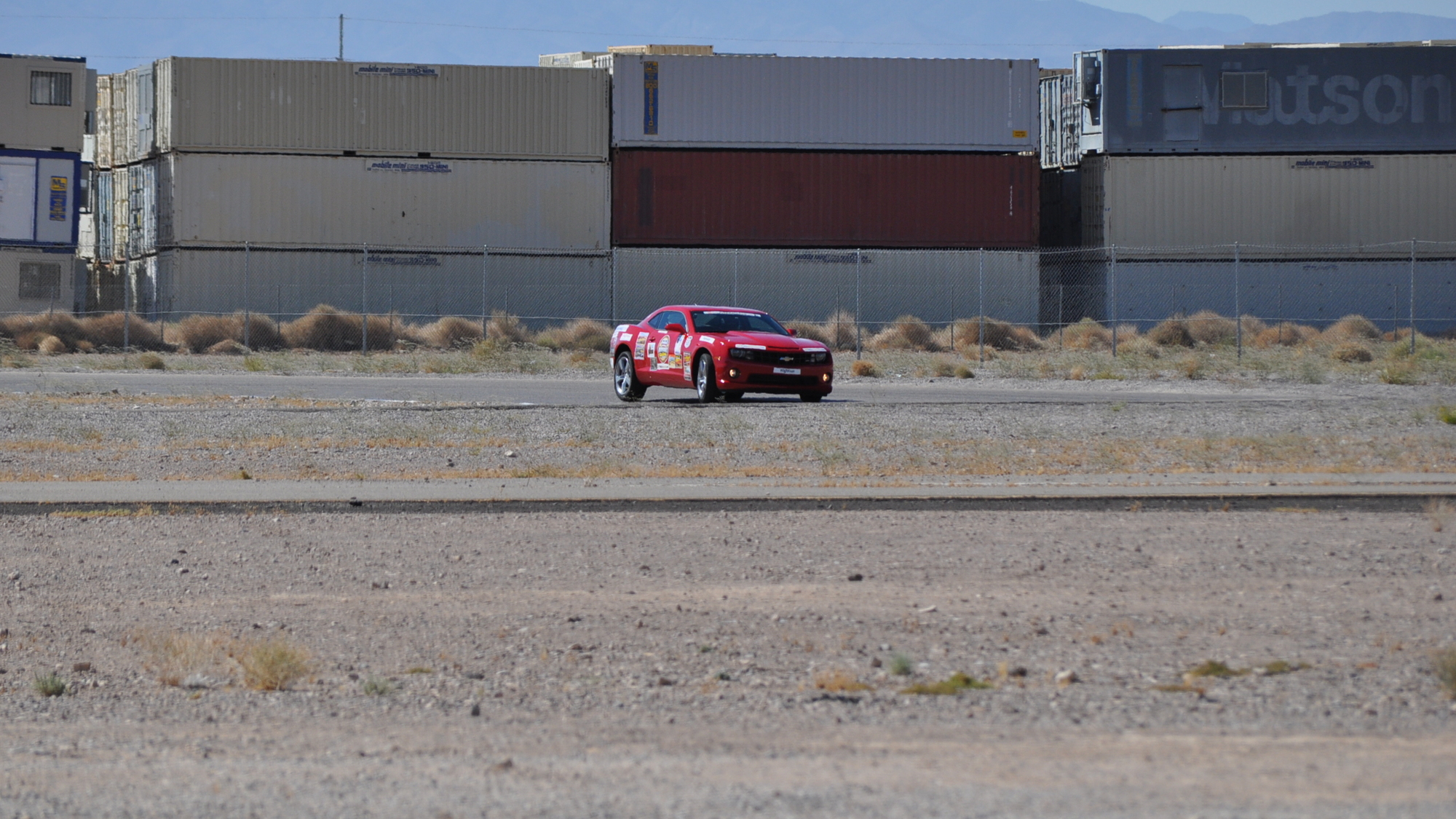 Today the Fireball Run headed out to Las Vegas Motor Speedway for the first track challenges of the rally. Both road course and autocross competitions were up for grabs, with the winner taking home 100 points--points that will become key as we head into the mission competition tomorrow.

I chose to hit the track first in our 2010 Chevrolet Camaro SS. Being a time trial competition, cars were let out at wide intervals so we each essentially had the course to ourselves.

I felt pretty confident on course, though some of the tighter turns on the 1.5-mile configuration of the LVMS outer course were difficult to figure out, and at the end of my five laps, I had set the quick time of the day. Even with another full run group afterward, the time stood. Team High Gear Media was in the lead after the first points event.

Next up, the autocross. A very tight and twisty affair even by autocross standards, the course was laid out on what felt like the surface of the sun: a square, faded black patch of asphalt adjacent to the track. Rolling up to the start line, the Camaro was already running a bit on the hot side, which is after all the natural result of a honking 426-horsepower V-8 throwing down hot laps in the Las Vegas heat. Oil temps were closing in on 250 degrees.

But that didn't put a dent in the car's performance, and I was able to hustle it through to cones to the fast time of the day, edging out second place by a close three-tenths of a second. Team High Gear edges just a touch farther ahead. But it's still early in the rally yet, and we have many challenges before us. We'll keep you posted on our progress as the road unfolds. All 3,500 miles of it.